Need Workers? Employers Are Realizing The Untapped Talent of These People.

If you give any leader the opportunity to increase their talent pool of potential employees by 15% — with all these new hires belonging to an underrepresented minority — they’d jump at the chance, especially given tight labor markets and CEO desires to increase headcount. Yet too few leaders realize that, according to the U.S. government, people with disabilities are the largest minority group in this country, with 50 million — 15% of the population — living with disabilities.

Sure, many executives feel concerned by the extra investments involved in providing accommodations for people with disabilities. Yet these accommodations might not involve anything besides full-time remote work, according to a new study by the Economic Innovation Group think tank. The study found that the employment rate for people with disabilities did not simply reach the pre-pandemic level by mid-2022, but rose far past it, to the highest rate in over a decade. Remote work, combined with a tight labor market, explains this high rate, according to the researcher’s analysis.

A bit of history: Employment rates among people with disabilities dropped, along with the rest of the labor market, early in the pandemic. However, they recovered quickly. People with disabilities aged 25 to 54, the prime working age, are 3.5 percentage points more likely to be employed in Q2 2022 than they were pre-pandemic. What about non-disabled individuals? They are still 1.1 percentage points less likely to be employed!

These statistics align with expert statements. For example, according to Thomas Foley, executive director of the National Disability Institute (NDI), workers with disabilities had been asking to work remotely for decades before the pandemic and had consistently heard companies say “no.” During the pandemic, he said that when “we all realized that … many of us could work remotely … that was disproportionately positive for people with disabilities.”

Related: How Entrepreneurs Can Find Great Talent Despite a Labor Shortage

The benefits of remote work for people with disabilities are particularly relevant due to the impact of long Covid. The Centers for Disease Control and Prevention reports that about 19% of those who had Covid-19 developed long Covid. Recent Census Bureau data indicates that 16 million working-age Americans suffer from it, with economic costs reaching $3.7 trillion according to a recent estimate.

Certainly, many of these so-called long-haulers experience relatively mild symptoms — such as loss of a sense of smell — which, while troublesome, are not disabling. But others experience symptoms serious enough that they have become disabled.

Indeed, the Federal Reserve Bank of New York found in a just-released study that the number of disabled persons in the U.S. grew by 1.7 million. That growth stemmed mainly from long Covid conditions such as fatigue and brain fog, meaning difficulties with concentration or memory, with 1.3 million people reporting an increase in brain fog since mid-2020.

Many had to drop out of the labor force due to the intensity of their long Covid. Yet about 900,000 newly disabled people have been able to continue working. Without remote work, they might not have.

In fact, the author of the Federal Reserve Bank of New York study notes that long Covid can be considered a disability under the Americans with Disability Act, depending on the specifics of the condition. That means the law can require private employers with fifteen or more staff, as well as government agencies, to make reasonable accommodations for those with long Covid. The author notes that “telework and flexible scheduling are two accommodations that can be particularly beneficial for workers dealing with fatigue and brain fog.”

Related: The Labor Shortage Is Only Getting Worse. What’s Causing It and How Can I Avoid Losing Staff?

But companies shouldn’t need to worry about legal regulations. It simply makes dollars and sense to expand their talent pool by 15% of an underrepresented minority. After all, extensive research shows that improving diversity boosts both decision-making and financial performance.

Companies that are offering more flexible work options have already gained significant benefits in terms of diverse hires. In its efforts to adapt to the post-pandemic environment, Meta Platforms, the owner of Facebook and Instagram, decided to offer permanent fully remote work options to its current employees and new job applicants. And according to Meta chief diversity and inclusion officer Maxine Williams, the candidates who accepted job offers for remote positions were “substantially more likely” to come from diverse communities: people with disabilities, Black, Hispanic, Alaskan Native, Native American, veterans, and women. The numbers bear out these claims: people with disabilities increased from 4.7% to 6.2% of Meta’s employees.

Having consulted for 21 companies to help them transition to hybrid work arrangements, I can confirm that Meta’s numbers aren’t a fluke. The more my clients proved willing to offer remote work, the more disabled staff they recruited — and retained. That includes more obvious employees, such as those with long Covid symptoms and mobility challenges. But it also includes employees with invisible disabilities, such as immunocompromised people who feel reluctant to put themselves at risk of getting Covid-19 by coming into the office.

Unfortunately, many leaders fail to see the benefits of remote work for underrepresented groups, such as those with disabilities. Some even claim the opposite: thus, JP Morgan CEO Jamie Dimon claimed that returning to the office will aid diversity. What explains this poor executive decision-making?

One part of the answer comes from a mental blindspot called the in-group bias. Our minds tend to favor and pay attention to the concerns of those we perceive to be part of our in-group. Dimon and other executives who lack disabilities don’t perceive people with disabilities to be part of their in-group. They thus are blind to the concerns of those with disabilities, which leads to the kind of jaw-dropping statements made by Dimon that returning to the office will aid diversity.

In-group bias is one of many dangerous judgment errors known as cognitive biases. These mental blindspots impact decision-making in all life areas, ranging from the future of work to mental fitness.

Another relevant cognitive bias is the empathy gap. This term refers to our difficulty empathizing with those who aren’t part of our in-group. The lack of empathy combines with the blindness from the in-group bias, causing executives to ignore the feelings of disabled employees and prospective hires.

Omission bias also plays a role. This dangerous judgment error causes us to perceive failure to act as less problematic than acting. Consequently, executives perceive a failure to support the needs and interests of those with disabilities as a minor matter.

The failure to empower people with disabilities will prove costly to the bottom lines of companies that don’t offer remote work options to those who would benefit from such accommodations. They are limiting their talent pool by 15%. Moreover, they’re harming their ability to recruit and retain diverse candidates. And as their lawyers and HR departments will tell them, they are putting themselves in legal jeopardy for violating the ADA.

By contrast, companies like Meta that offer remote work opportunities are seizing a competitive advantage by recruiting these underrepresented candidates and expanding their talent pool by 15%. They’re lowering costs of labor while increasing diversity. The future belongs to the savvy companies that offer the flexibility that disabled people need. 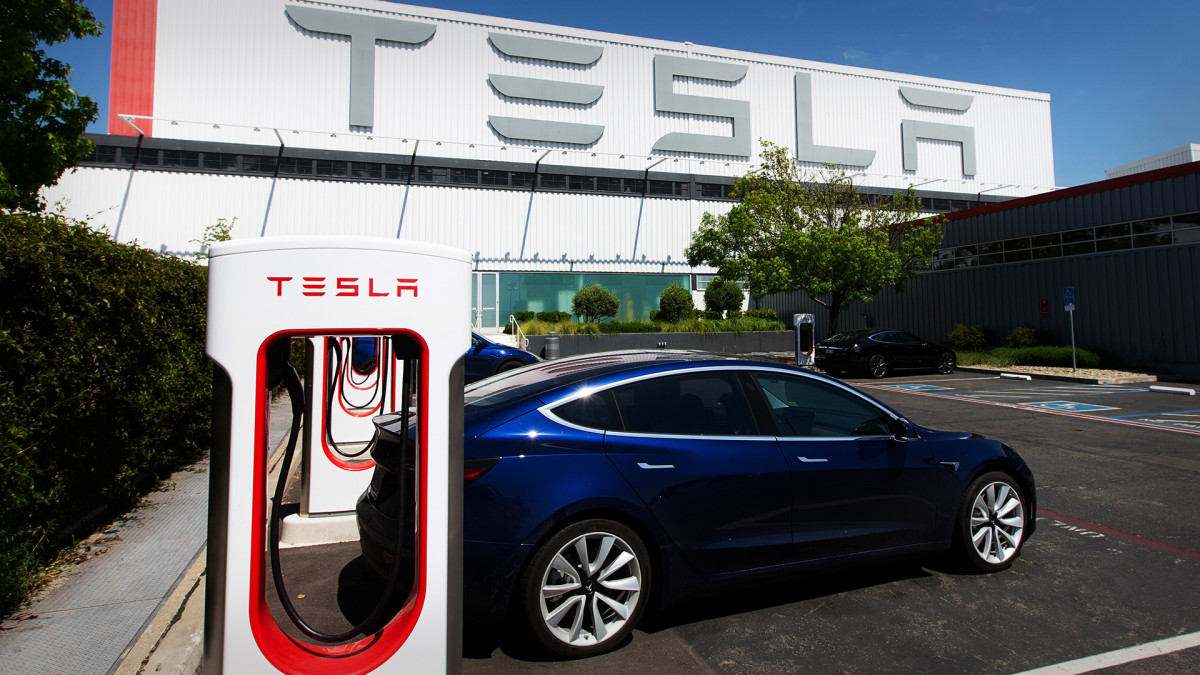 Tesla is completely lost on Wall Street.  The electric vehicle manufacturer is… The US Embassy in India has released over 1,00,000 appointments for H&L… 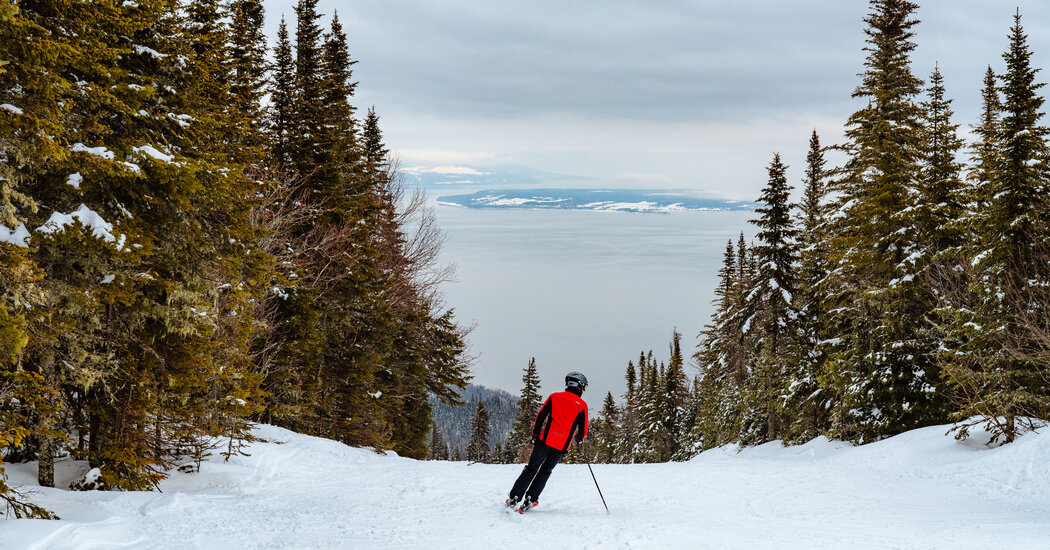 Saudi Arabia can help be a conduit between the U.S. and China…