After a year and a half of cancelled events and celebrations, APA! opened our doors once again for Clear the Shelters. During this national adoption event, 186 pets were adopted from our shelter! That’s 186 newly formed families complete with pets that didn’t stand a chance anywhere else.

When you join our monthly giving program, you invest in the long term stability of APA! which allows us to continue triaging and training for the most tailwags possible. Your monthly gift allows our teams to work around the clock to get as many available animals into homes so we can care for the next wave of companions in crisis.

One of those newly adopted pets is Pirate. Pirate came into our care with painful sores and nerve damage on his front right paw. Pirate, appropriately named for what was to come, couldn’t walk properly on his front leg and it was clear he needed an amputation.

After a pit stop in Maddie’s® Cat Adoption Center: Treatment and Care for Ringworm Positive Cats where Pirate graduated with honors, he was ready to join the fun at Clear the Shelters. Enter his future adopter, Auden.

“I was looking forward to the Clear the Shelters event for weeks and there were a few cats I was interested in, but [Pirate] was my top choice,” Auden said. “After waiting in line, I got inside and asked if Pirate was available, and everyone’s head turned. [Someone] asked me, ‘You want Pirate?!’,” she said.

It turns out Pirate was looked over during the whole event while all five of his kennel mates were adopted before him. It was then that Auden found out about Pirate’s paw and his upcoming amputation surgery.

“I was a little nervous at first, I’ll admit, but he was such a sweetheart and I knew even though I didn’t have previous knowledge on what it took to care for him, I could learn,” she said.

“Once he was home and I saw him, it was very emotional. I definitely had some time wondering if I could really do this for him,” Auden said. “There were a lot of very strong feelings that first night, and I ended up falling asleep on the bathroom floor with him because I was so nervous.”

While Pirate’s love and companionship has changed Auden’s life, he’s impacted her other cat Anakin even more. At eight years old, Anakin was shy and anxious around strangers. But, through Pirate’s tenacity Anakin began trusting his new sibling and the world just a little more.

“When I saw Pirate [I was reminded of] this quote from a podcast I’ve loved since I was younger, Welcome to Night Vale,” Auden said. “I actually named him after the cat in that show, Khoshekh. That cat also has some special needs, and when discussing him, the protagonist states, ‘No pet is perfect, it becomes perfect when you learn to accept it for what it is.’ Some people in my life were doubtful about me adopting him due to his paw, but I think this really captured how I felt when I met Pirate. Despite the challenges he would come with, I haven’t had a second thought and have spent every moment so happy that we found each other.”

Thanks to our Constant Companions, pets like Pirate can find their buried treasure in a forever home. When you join our monthly giving program, you ensure APA! can continue matching humans and animals to find the ‘purrfect’ home. Will you become a Constant Companion today? 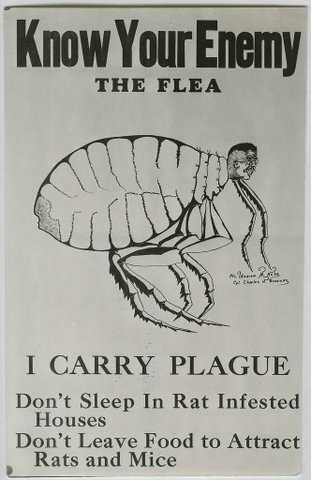 There is an unbreakable rule of war: Know Your Enemy. Know them…

Spring has sprung here at Londolozi. We have had our… Pit bulls love their toys. And they love destroying them too! So…