Zoey Deutch has only starred in one proper romantic comedy—unless you count the fleeting romance at the end of Richard Linklater’s Everybody Wants Some!!—which is, undoubtedly, a complete oversight by the film industry. Back in 2018 (scarily, half a decade ago), the bubbly actress appeared in Set It Up, a buoyant enemies-to-lovers story from Netflix that frequently appears on best of rom-com lists. But after that, nothing. She’s starred in a handful of comedies (Why Him? and Not Okay)—but no rom-coms.

Now, the drought has finally ended. Zoey Deutch has returned to the genre with Amazon Prime Video’s Something From Tiffany’s, a holiday romp with a grabby twist.

Not only do we get Zoey Deutch, but Something From Tiffany’s taps into the rom-com monarchy via Jack Nicholson, too. No, the Something’s Gotta Give actor doesn’t co-star in the movie. But his son, Ray Nicholson, appears as jaded boyfriend Gary to Deutch’s Rachel Meyer. Gary waltzes into Tiffany’s around a week before Christmas, hoping to nab a last-minute little blue box for his girlfriend in lieu of a more thoughtful gift. Yes, the movie does make it seem like purchasing $350 earrings from Tiffany’s is a move a neglectful boyfriend might make.

While Gary forces the saleswoman to select studs for him, he brushes shoulders with a more thoughtful beau—one who’s actually looking at the stones, which apparently determines a boyfriend’s quality. Ethan (Kendrick Sampson) examines every gem at Tiffany’s SoHo with his little daughter Daisy (Leah Jeffries), in preparation to propose to his girlfriend Vanessa (Shay Mitchell) on Christmas Day. As both gentlemen exit the store, always-in-a-hurry Gary bumps into Ethan as he races to get the first cab. Instead, Gary is hit by oncoming traffic and collapses to the ground.

This happens within the first five minutes of the movie—at least Falling For Christmas waited a solid 15 before pushing Lindsay Lohan off a cliff! Like Lindsay in her Netflix movie, Gary suffers from short-term memory loss after his car accident. Rachel rushes to the hospital to see him, and while he wakes up, she meets the man who saved him: Ethan, with whom she has dazzling chemistry. Things happen very quickly in the first 20 minutes of Something From Tiffany’s, which left me a bit frazzled, but it’s all so the movie can finally arrive at its premise—the two Tiffany’s bags have been swapped amid the accident.

We reach Christmas day and, wouldn’t you know it—Gary’s memory still hasn’t fully returned. He stops Rachel from making him a nice frittata (How dare he!) to make her open the little blue box. Inside, on a plush, tiny Tiffany’s pillow, rests an engagement ring. Gary, still trying to recollect what happened in that Tiffany’s store, claims this was his plan all along. He can’t remember his proposal speech, but he pretends that he wants to marry poor Rachel. No, man! That’s not your ring! You’ve only been dating her for a year!

Across town, Ethan pops another little blue box into his girlfriend’s lap. But Vanessa doesn’t get a ring—no, instead she gets the $350 earrings that Gary meant to buy for Rachel. Ethan plays it cool and Vanessa doesn’t suspect any foul play with her gift, but how will he get that ring back? Now, his engagement ring slides onto the finger of his real soulmate, Rachel, who’s with another man. After Gary’s accident and before the ring catastrophe, Rachel and Ethan started falling in love. They grew closer as they cozied up to each other at the Bryant Park Christmas markets, flirting over failed life goals while munching on Rachel’s fluffy pastries. Their chemistry proves that the ring belongs on her finger—but it’s currently bound to a proposal from the wrong man.

What happens next, naturally, is a mad dash through New York City, as Ethan tries to locate the ring, propose to the woman he really loves, and start wedding preparations. Somehow, after all the holiday films and rom-coms that have taken place in New York, Something From Tiffany’s finds a way to spotlight festive pockets of the city that haven’t hit the silver screen quite as often. A few trips to the Bryant Park holiday shops, dusted with snow and evergreen tree candles, will convince you that the magic of New York at Christmas Time hasn’t all been funneled into TikTok dumps of consumerism. It’s not all Fifth Avenue and 30 Rock.

Ethan’s frequent stops to Bryant Park are to visit Rachel, who runs a bakery—which we also get to visit, decked out in glittery tinsel and menorahs to invite guests in for a cornetto pastry amid their Christmas shopping in Lower Manhattan. The food references make Something From Tiffany’s even better—if Zoey Deutch isn’t flirting with her new love interest, she’s whipping up a grand scale Christmas dinner with fresh bread, roasted rosemary chicken, and buttery mashed potatoes while sporting a Molly Baz tee.

Something From Tiffany’s borrows from ancient rom-com lore (the holiday bonanza, star-crossed lovers, and Zoey Deutch) to stuff one festive stocking full of feel-good delight. And who doesn’t want to see Zoey Deutch in another rom-com? She’s an absolute treasure to watch in this film—which would probably be nothing without her—thanks especially to her constant, joyful baking and cheerful quips about relationships. It’s no Set It Up, but Something From Tiffany’s proves how badly we need Zoey Deutch to revitalize the genre for good. 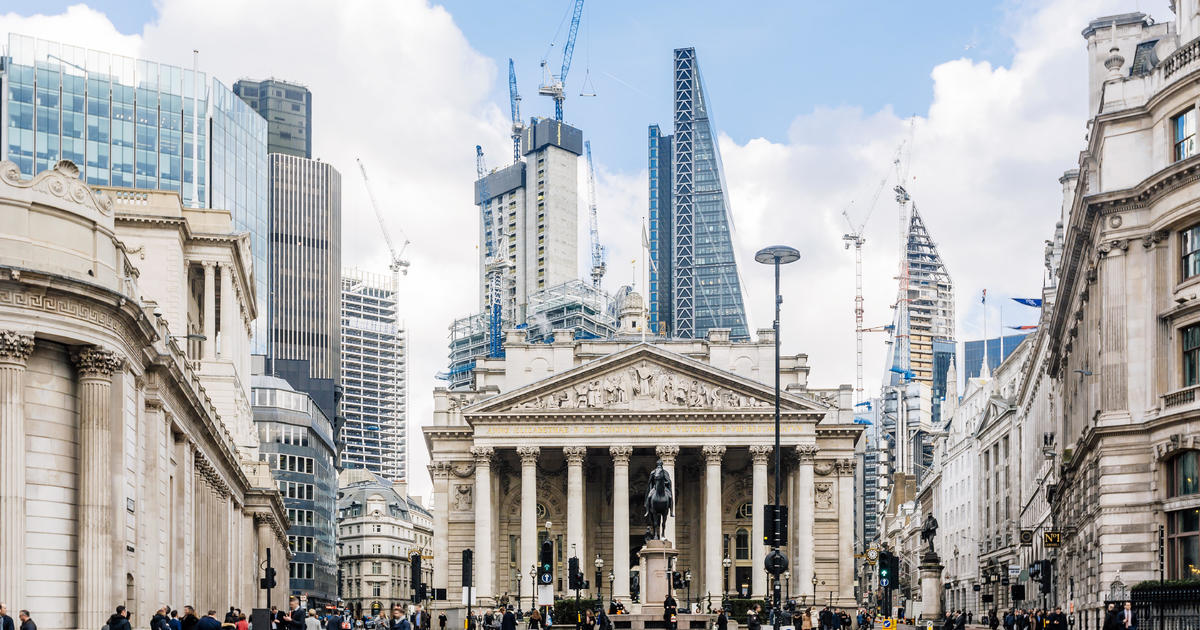 The Bank of England, in London. Getty Britain’s central bank warned on…