Who Is FTX’s Sam Bankman-Fried? Net Worth, Arrest and More

Sam Bankman-Fried started the cryptocurrency exchange FTX in 2019 at watched it all come crashing down in 72 hours.

Bankman-Fried was once seen as the King of Crypto. He promised big returns for customers and investors and even tried to help the government impose regulations on the industry. That was until crypto giant Binance expressed concerns over FTX’s financial stability and falling crypto prices sparked a bank run, revealing FTX and its sister company Alameda Research were suspiciously working together to pay off debts, according to The New York Times — and leaving an $8 billion hole in its accounts.

FTX attracted major investors including SoftBank and BlackRock and boasted celebrity endorsements from the likes of Tom Brady and Shaquille “Shaq” O’Neal. Still, the company’s low-risk, high-reward business model appeared almost too good to be true. And it was.

In the wake of the FTX collapse, between $1 billion and $2 billion in client money has gone unaccounted for, according to Reuters.

SBF has since been arrested and charged with several counts of fraud, and prosecutors say he orchestrated “one of the biggest financial frauds in American history.” He could face up to 115 years in prison.

While the crypto scandal is still unfolding, here’s everything to know about Bankman-Fried.

Who Is Sam Bankman-Fried?

Before Sam Bankman-Fried was embroiled in the FTX scandal, he was known as a rising crypto wiz and an academic standout.

Also known simply as “SBF,” Bankman-Fried was raised in California by his parents, Joseph Bankman and Barbara Fried, who were both Stanford University law professors, according to Reuters. He excelled in mathematics and went on to graduate from the Massachusetts Institute of Technology (MIT) in 2014.

How Did SBF Make His Money?

After graduation, Bankman-Fried worked for Jane Street Capital in New York City, where he traded currencies, futures, and exchange-traded funds. SBF stayed with the company for three years before leaving to start his own crypto trading firm, Alameda Research, in 2017 when he was 25 years old.

Related: Who Is Caroline Ellison, Stanford Grad and Former CEO of Alameda Research?

Alameda was based in Hong Kong and turned a profit by taking advantage of the price differences in Bitcoin around the world. The company would purchase Bitcoin in Asia and sell it elsewhere, in order to pocket the currency difference, per The New York Times.

Although Alameda operated much like a traditional Wall Street firm, it had no regulatory oversight, which scared investors, the outlet reported. To help generate revenue for Alameda’s trades, SBF launched a cryptocurrency exchange, FTX, in 2019, which greatly benefited from the increased demand for crypto.

The company was valued at $32 billion in January 2022, according to CNBC.

SBF discussed crypto regulations and testified in front of Congress in December 2021, detailing his then-supposed willingness to add regulations to the industry, something typically feared by crypto-enthusiasts. Despite facing legal troubles for the FTX collapse, SBF said that helping to regulate the industry is still important to him in an interview with The New York Times.

What Is Sam Bankman-Fried’s Net Worth?

Just days before Sam Bankman-Fried’s crypto empire collapsed, he had an estimated net worth of $15.6 billion, according to Bloomberg Billionaires Index. After his fortune plummeted, he was left with $1 billion. The 94% drop in his wealth is among the biggest one-day collapses the tracker has ever seen.

At his peak, SBF was worth an estimated $26.5 billion, with most of his money tied up in his companies.

Earlier this year, SBF pledged to give away 99% of his fortune to charitable organizations, and his FTX Foundation has donated over $190 million to several causes including animal welfare and global poverty, according to Vox. SBF also outlined his charitable intentions in a post to the Giving Pledge website, which has since been removed.

What Is FTX and What Went Wrong?

FTX is a cryptocurrency exchange platform that worked in close collaboration with Alameda Research.

In addition to charging customers to trade on the platform, FTX created the FTT token, which was mainly bought and sold by Alameda on the exchange, per The New York Times. As the token’s main market marker, it was allowed to set the price for the token at a big discount, attracting people to the platform with promises of a high return on their investment.

However, FTX’s close workings with Alameda went under the radar, including SBF’s reported romantic relationship with Caroline Ellison, who worked as Alameda’s co-CEO with Sam Trabucco.

According to an SEC filing, Ellison said she and others were aware Alameda had been using FTX customer funds.

“During a meeting with Alameda employees on or about November 9, 2022, Ellison admitted that she, Bankman-Fried, Wang, and Singh were aware that FTX customer funds had been used by Alameda,” the complaint reads.

Ellison has yet to be charged in the case.

Together, FTX and Alameda provided billions in funding to 246 crypto companies, but despite SBF’s push for more crypto, investors started to back out as a result of fluctuating crypto prices and withdrew funds from their accounts.

Then, in a last-ditch effort to save Alameda, Binance proposed a deal to buy the company, but it fell through after analyzing FTX’s books, according to The New York Times. After Binance’s CEO Changpeng Zhao announced he would sell his FTT tokens due to fears concerning the company’s financial stability, he sparked panic and traders withdrew $6 billion from the platform in just 72 hours.

The bank run exposed an $8 billion hole in FTX and Alameda’s accounts.

After struggling to raise more capital for the business, FTX filed for bankruptcy on November 11, 2022. SBF announced he’s be stepping down as CEO that same day and would be replaced by lawyer John J. Ray III.

What Did Sam Bankman-Fried Do and Why Was He Arrested?

U.S. prosecutors have accused Sam Bankman-Fried of defrauding FTX customers by misappropriating funds to pay debts and expenses for its sister company Alameda Research. According to prosecutors, SBF also provided false and misleading information to investors, in addition to attempting to hide his earnings through wire fraud, according to The New York Times.

SBF was arrested in the Bahamas at his apartment complex after the United States filed criminal charges against him on December 12, stating they were “likely to request his extradition,” the government of the Bahamas said in a statement to the outlet. He is facing criminal charges of wire fraud, wire fraud conspiracy, securities fraud, securities fraud conspiracy, and money laundering.

Additionally, the Securities and Exchange Commission has authorized charges “relating to Mr. Bankman-Fried’s violations of our securities laws.”

So far, SBF is the only person charged in the indictment.

What Is Sam Bankman-Fried Saying in the Wake of the FTX Collapse?

After FTX imploded, Sam Bankman-Fried has been vocal about what transpired.

Just one day before the company filed bankruptcy, SBF took to Twitter to issue a public apology.

I fucked up, and should have done better.

Additionally, he suggested that poor internal organization contributed to their inability to return funds to customers.

5) The full story here is one I’m still fleshing out every detail of, but as a very high level, I fucked up twice.

The first time, a poor internal labeling of bank-related accounts meant that I was substantially off on my sense of users’ margin. I thought it was way lower.

Furthermore, SBF said he “did not ever try to commit fraud” at the DealBook Summit on November 30, stating he “screwed up” and failed to protect his customers. He claims to have been truthful following the FTX fallout, stating, “I don’t know of times when I lied.”

He went on to issue an interview with The New York Times, telling the outlet, “It could be worse.” He explained that he didn’t realize how much borrowing was going on between FTX and Alameda, and the significant risk it posed. Additionally, SBF blamed himself for not seeing trouble ahead.

“Had I been a bit more concentrated on what I was doing, I would have been able to be more thorough,” he said. “That would have allowed me to catch what was going on on the risk side.”

Prior to his arrest, SBF told the NYT he was “working constructively with regulators, bankruptcy officials, and the company to try to do what’s best for consumers.”

What Is Next for Sam Bankman-Fried?

Following his arrest, Bankman-Fried has been at Fox Hill prison in Nassau, Bahamas, and was denied bail. He has agreed to be extradited to the U.S., and a judge ordered his extradition hearing to be held on Feb. 8, 2023, per CoinDesk. Once he is back on U.S. soil, he will be arraigned in Federal District Court in Manhattan and face a bail hearing.

But sources close to the case told CNN he may return to the States sooner and will be seeking bail to hopefully avoid detention.

In addition to the criminal charges SBF is facing, he is also dealing with a class action lawsuit claiming that the celebrities who endorsed FTX, including Kevin O’Leary and Gisele Bundchen, were engaging in deceptive practices to “induce confidence and to drive consumers to invest in what was ultimately a Ponzi scheme,” according to the lawsuit.

It’s possible SBF could work out a deal that includes both his criminal and civil cases, Reuters reported. Additionally, prosecutors will ask for restitution for those who lost money in the collapse.

Prior to Bankman-Fried’s arrest, he was supposed to testify in front of the House Financial Services Committee about the FTX collapse.

“The American public deserves to hear directly from Mr. Bankman-Fried about the actions that’ve harmed over one million people,” Representative Maxine Waters, who chairs the committee, said in a statement, per NYT. “The public has been waiting eagerly to get these answers under oath before Congress, and the timing of this arrest denies the public this opportunity.”

The hearing went ahead without SBF, and FTX’s new CEO John Ray spoke in his place. He called the relationship between Alameda and FTX “old-fashioned embezzlement” and blamed the collapse and financial fallout on the “absolute concentration of control in the hands of a small group of grossly inexperienced and unsophisticated individuals who failed to implement virtually any of the systems or controls that are necessary for a company entrusted with other people’s money or assets.”

His testimony went on for four hours, stating he is in the process of getting to the bottom of the scandal and figuring out how to repay lenders and customers. However, the unorganization at FTX has made that a challenge.

“Even with most failed companies, we have a fair roadmap of what happened,” Ray said, adding, “We’re dealing with a literal paperless bankruptcy.”

When asked what role SBF would play in the company going forward, Ray responded: “Zero.” 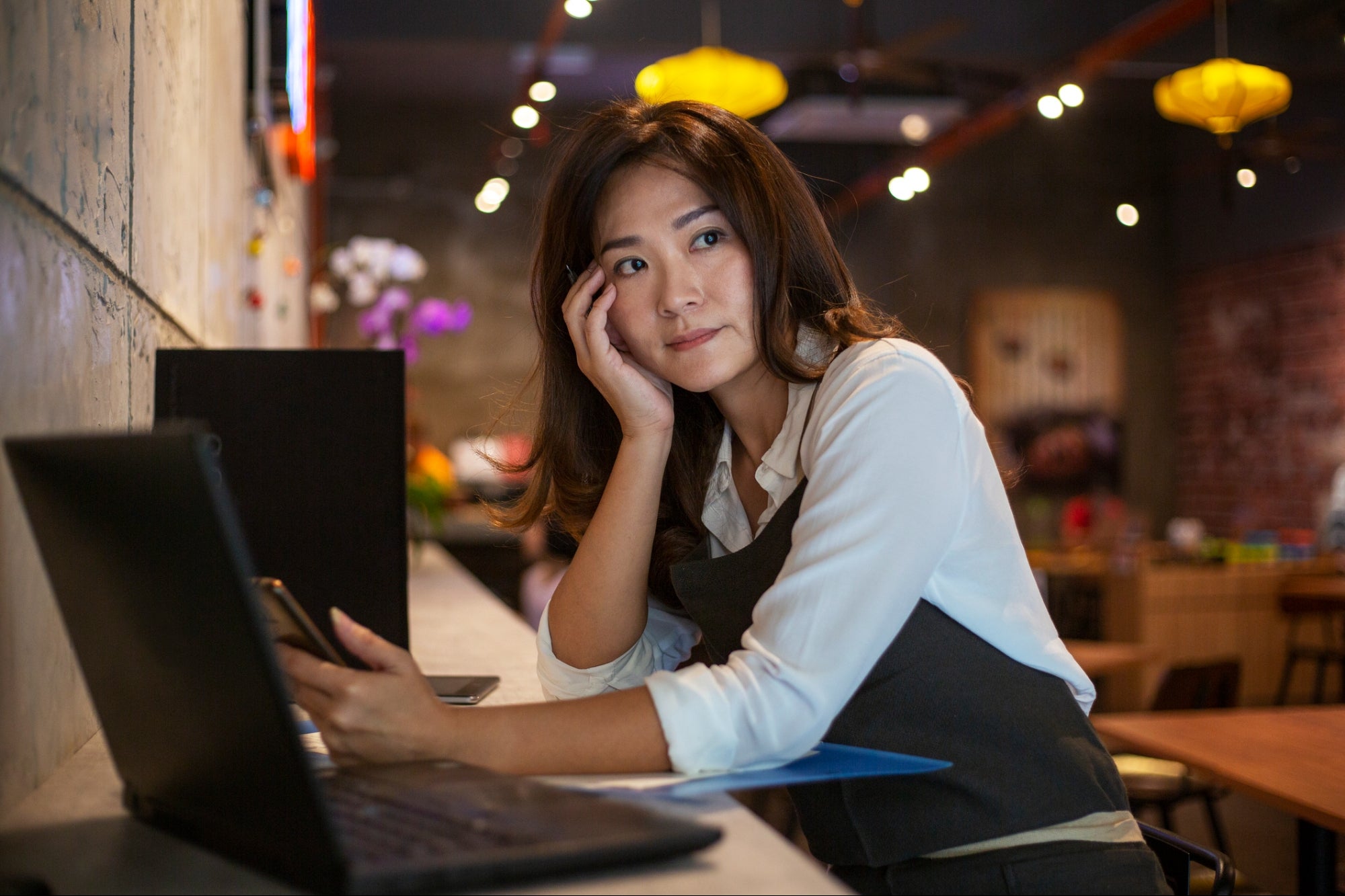 Opinions expressed by Entrepreneur contributors are their own. Today’s macroeconomic environment is… 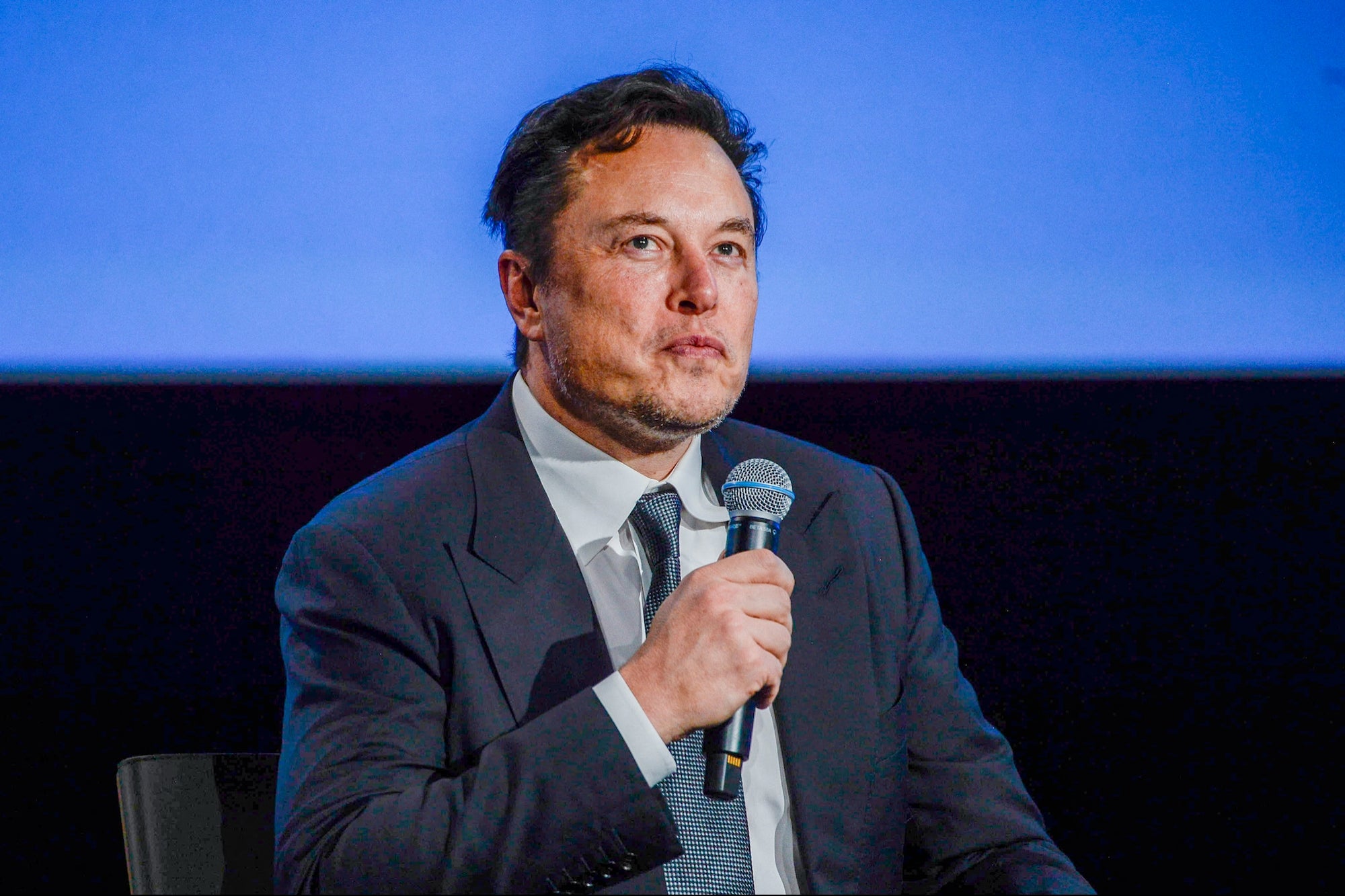 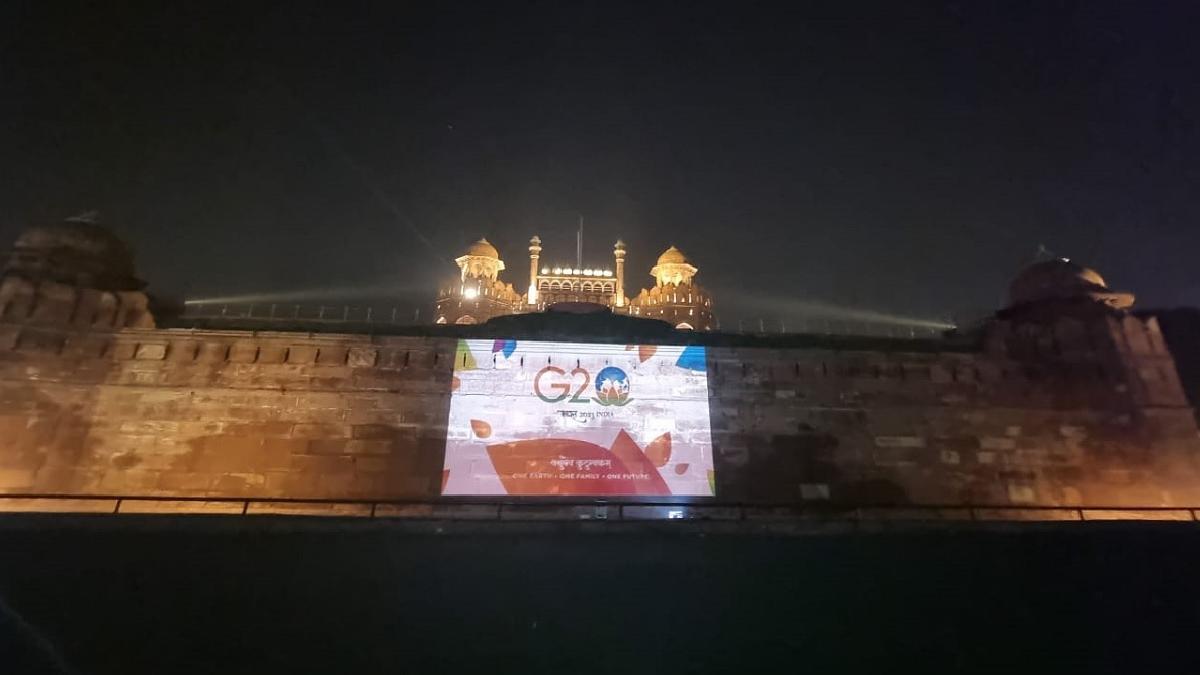 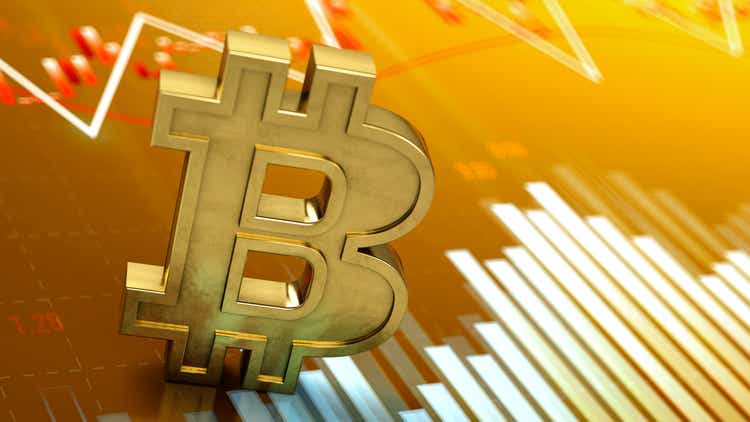