Where the battle for Senate control stands after Election Day

Control of the United States Senate is going to come down to the wire. It will depend on either the results of the race in Nevada or the runoff election in Georgia.

Here is where things stand based on what we know so far.

Democrats need 50 seats to retain control of the Senate; Vice President Kamala Harris would continue to give them the tie-breaking vote for the next two years. Republicans need 51.

As of Friday evening, both parties have the magic number within sight. Democrats control 49 seats and Republicans will hold at least 49. The GOP is going to win in Alaska, with two Republicans vying for the seat. Two races are still truly up for grabs for each party: Nevada, which is still counting votes, and Georgia, heading for a runoff election next month.

Coming into election night, the race for control was tight: Of the 35 seats at stake this election, nine were truly in play, according to Cook Political Report, a group that conducts nonpartisan political analysis. Republicans needed to net just one Senate seat to take back the majority, but it’s not clear they are going to get it despite the tide seeming to turn in their favor in the last few weeks of the campaign. Long-shot bids to topple Democratic incumbents in Washington state and New Hampshire fell far short. Even in the closer races, Republicans have yet to gain ground.

These are the three Senate races still to be determined: Alaska, Georgia, and Nevada. Alaska will end up in Republican hands; it’s just a question of which Republican, as incumbent Sen. Lisa Murkowski (R-AK) is locked in a close race with a challenger from her own party, Kelly Tshibaka. But the other two races will determine which party holds control of the chamber for the next two years.

The Senate seats that are still in play

Georgia: Incumbent Sen. Raphael Warnock is headed to a runoff against Republican Herschel Walker. In Georgia, if no candidate clears 50 percent in the November election, a runoff election will be held in December between the top two vote-getting candidates. Warnock is putting up a strong defense in 2022 after his narrow 2020 win handed the Democrats their current Senate majority, likely aided by scandals over Walker’s previous affairs and revelations he had paid for abortions despite saying on the campaign trail he was staunchly anti-abortion.

Democrats won their current Senate majority after runoff elections in 2020 put Warnock and Sen. Jon Ossoff (D-GA) in office. If the Senate majority hinges on a runoff there again next month, there will be an enormous blitz of campaigning and ad spending over the next few weeks.

Nevada: This is looking like the best chance for Republicans to pick up a seat, though it might be slipping away. Republican Secretary of State Adam Laxalt leads Democrat Sen. Catherine Cortez Masto narrowly as of Thursday morning. Cortez Masto, the first Latina elected to the Senate, appears to be suffering from an unfavorable environment for Democrats in the Silver State, as the current Democratic governor also looks to be in trouble in his reelection bid.

However, the race is still too close to call — and it may take some time to be called. A trove of mail-in ballots expected to favor the Democrats needs to be counted over the next few days. This race will be a squeaker either way, given the way the vote tally looks so far.

The swing Senate races that are already called

In a race that doesn’t appear to have been quite as close as expected, Democrats managed to hold onto Arizona.

Arizona: Democratic Sen. Mark Kelly won his first full six-year term against Republican challenger Blake Masters Friday, winning (with about 20 percent of the vote left to tally) 51 percent of the vote to Masters’ 46 percent, according to the Associated Press.

Kelly was propelled to office in a 2020 special election to fill a vacant seat after his career as an astronaut and provided Democrats with a key vote for their legislative agenda in the last two years. Masters drew some enthusiasm from the GOP base as an unabashed hard-right candidate, but he was also a prominent example of Republicans nominating an extreme candidate in a swing state. Now that Masters has fallen short in his bid, expect even more agonizing over the quality of the candidates (or lack thereof) that the GOP put forward in pivotal campaigns this year.

There is only one Senate seat that has changed hands so far — and it flipped to the Democrats.

Pennsylvania: After a very tight battle, Democratic candidate John Fetterman defeated Republican Mehmet Oz to flip the Republican-held open seat in Pennsylvania. He’ll replace retiring Republican Sen. Pat Toomey. Pennsylvania was one of the most fiercely contested races in the country, attracting a ton of money and campaign appearances from President Joe Biden and his two immediate predecessors in the final days of the campaign. The race saw an unexpected twist earlier in the campaign when Fetterman suffered a stroke, and Oz appeared to close the gap as the race wound down.

But thanks, in part, to the strength of Democratic gubernatorial candidate Josh Shapiro at the top of the ticket and a more favorable environment for Democrats overall, Fetterman ended up winning on Tuesday without having to sweat it too much.

Two other swing state Senate races produced the expected final results, though one with a better margin than Democrats anticipated, and one that got too close for Republicans’ comfort.

Wisconsin: But in one bright spot for Republicans, they did not lose the Senate election in Wisconsin. That race had appeared safely in hand before Election Day, though the race turned out to be surprisingly close. Republican Sen. Ron Johnson eked out a victory over Democrat Mandela Barnes, but the tightness of this race was a sign of surprising Democratic strength across the country.

Understanding America’s political sphere can be overwhelming. That’s where Vox comes in. We aim to give research-driven, smart, and accessible information to everyone who wants it.

Reader gifts support this mission by helping to keep our work free — whether we’re adding nuanced context to unexpected events or explaining how our democracy got to this point. While we’re committed to keeping Vox free, our distinctive brand of explanatory journalism does take a lot of resources. Advertising alone isn’t enough to support it. Help keep work like this free for all by making a gift to Vox today. 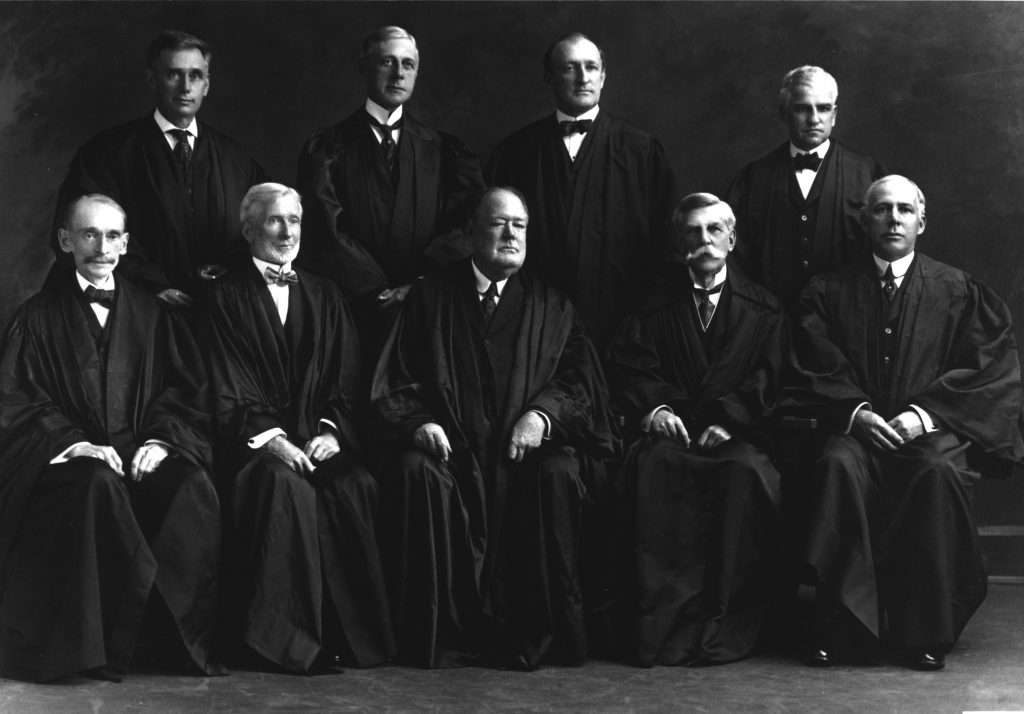 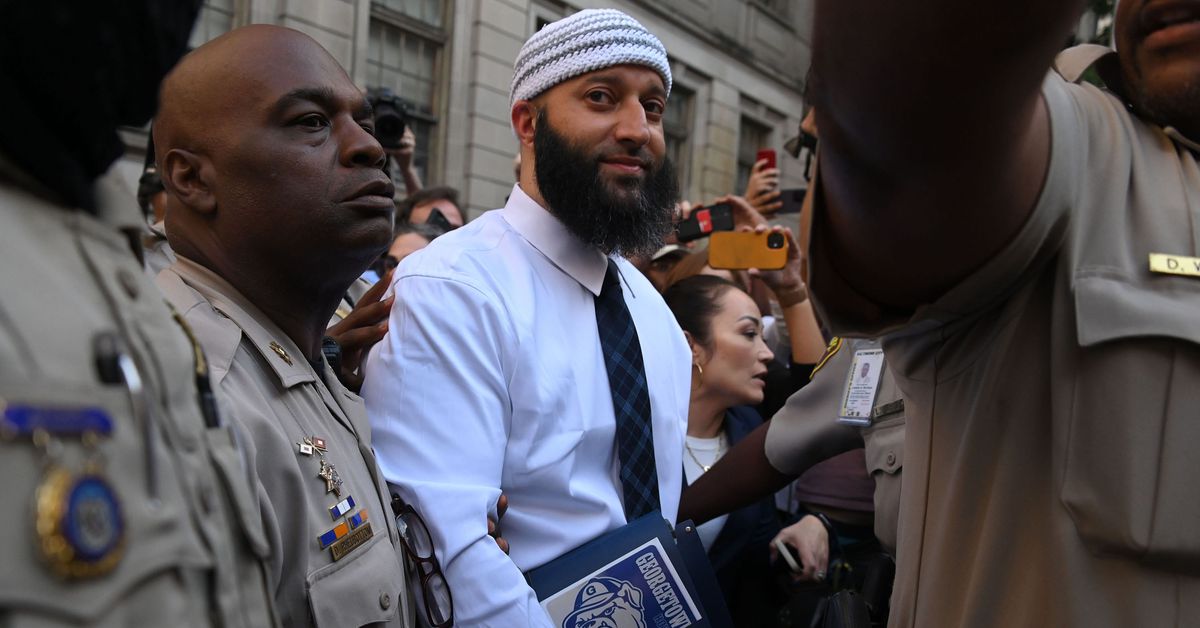 Editor’s note, October 11, 10:50 am: Baltimore prosecutors have dropped all charges…

In the days since the debate between Dr. Oz and John Fetterman,…