If you’re a fan of true crime and the dark side of pop culture, the trailer for iD’s latest documentary series The Playboy Murders and the story of what happened to Jasmine Fiore may have piqued your interest.

In July 2022, Holly Madison—a one-time Playboy bunny and girlfriend of Hugh Hefner—began looking into the brutal death of Playboy party hostess Fiore, she was startled by how similar they both were. “I can relate to her so much,” Madison told the New York Post. “I’ve also been in relationships that were abusive, adding that the late Hefner was controlling to the point of dictating the length of her hair and the shade of her lipstick. She serves as the host and executive producer of the new Investigation Discovery’s six-part series, which debuted on Monday, January 23, 2023, and delves into the seedy underbelly of being a Playboy bunny. “Men talk about [dating] Playmates … some want that trophy on their arm,” said Madison. “But then they become so jealous.”

Here’s what happened to Jasmine Fiore and how Madison hopes her story will inspire empathy and understanding for victims of relationship abuse because she’s certainly not the first Bunny to experience such brutality. As Madison said in the trailer: “When you pose nude, a lot of people think that grants them some kind of ownership of you.”

What happened to Jasmine Fiore?

What happened to Jasmine Fiore? She was murdered in 2009 in the most brutal way, but it’s worth getting to know her backstory first. She was born in Bonny Doon, California, in 1981 and was raised by her mother after her parents divorced when Fiore was eight years old.

Into adulthood, Fiore became a swimsuit model at parties and appeared at Las Vegas casinos. Ryan Jenkins, the man that would be her husband for five months before allegedly killing her, appeared as a contestant on VH1’s Megan Wants a Millionaire, in which Playboy model Megan Hauserman was looking for a wealthy husband.

Hauserman once said that Jenkins was almost her final pick, but he was eliminated in the finale. “I actually really liked Ryan and I wanted to pick him as the winner,” she recalled to Entertainment Weekly. “I got his phone number and called him when we weren’t filming. We would talk on the phone at nighttime. We were having a phone relationship outside of filming, which nobody knew about. I basically told him, ‘I’m going to pick you’.” But when she told the producers of the show, they urged her to reconsider because Jenkins “wasn’t likable in his interviews” and that the audience wouldn’t want him to win. He was eliminated during the finale.

Hauserman and Jenkins later reconnected but he surprised her when he told her he’d “went to Vegas” and “met a girl. In The Playboy Murders, she said he described Fiore as his “soulmate”. They impulsively married at A Little White Wedding Chapel in Vegas just days after meeting at a casino. “He called me and said, ‘I have to tell you something. I was so upset when I left the show, I went to Vegas and I met a girl. She’s my soulmate, and we got married’,” Hauserman said about her conversation with Jenkins shortly after their show finished filming. “He thought it was a sign that she was the one and he had to marry her,” Hauserman told the NY Post. “Ryan thought that if he couldn’t be married to me, he’d find another Playboy model to get married to.”

Jenkins had a history of violence against women, according to court records. “About a month after they got married, he saw her talking to somebody, got jealous and pushed her into the pool,” Buena Park detective Greg Pelton says in The Playboy Murders. He spent a night in jail after being arrested on a domestic violence charge.

He had also previously been sentenced to 15 months probation and was ordered to attend an outpatient treatment program for anger management and sex addiction. Fiore and Jenkins were largely living apart by June 2009. “Ryan told me that Jasmine was ruining his life. But he’s also obsessed with her not leaving him because he wants to win. He can’t accept any rejection,” Hauserman recalled to the Post.

But Fiore eventually gave in to Jenkins’ persistence. She agreed to accompany him to a poker tournament in San Diego. It was there that Jenkins discovered Fiore had been texting an ex-boyfriend, which infuriated Jenkins. CCTV footage confirms they had been enjoying their time at a nightclub at 2 am on August 14. At 4.30 am, hotel cameras showed a frantic Jenkins return to his hotel room alone.

On August 15, 2009, the body of a mutilated woman was found stuffed in a suitcase. She had been dismembered—her teeth and fingers were missing in an apparent attempt to hide her identity. But three days later, police were able to confirm the remains were those of Fiore as the serial number on her breast implants confirmed her identity. Her cause of death was determined to be strangulation.

Jenkins was discovered to have fled the country, having crossed the United States border into Canada where he’d checked into a hotel. There, on August 23, 2009, his body was found, dead by apparent suicide. Motel staff discovered Jenkins’ body in a room of the Thunderbird Motel on a secluded road on the outskirts of Hope, British Columbia, east of Vancouver.

He had left a one-page suicide note, titled “My Last Will and Testament” on his laptop where he wrote a lot about his conflicted feelings towards his wife, Fiore. “About half of the letter described how much he loved her, and in the same breath, he would talk about how frustrated she made him and that he felt very jealous about some of her relationships and that frustrated him immensely,” Sgt. Bill Kohanek told CBS News at the time. “I’m sorry for running away from responsibility,” was also included in the note.

It was dated August 20; the day Buena Park police held a widely publicized news conference naming Jenkins as the suspected killer. “It brings some closure to what’s been going on,” said Lisa Lepore, Fiore’s mother, told NBC’s Today show at the time. “We don’t have to worry about looking for him anymore or being worried that he is a threat to any other women or men.”

The Playboy Murders airs every Monday night at 10 pm ET on Discovery+.

If you or someone you know is experiencing domestic violence, help is available. Call the National Domestic Violence Hotline at 800-799-SAFE (7233) for confidential support.

Our mission at STYLECASTER is to bring style to the people, and we only feature products we think you’ll love as much as we do. Please note that if you purchase something by clicking on a link within this story, we may receive a small commission from the sale. There is just something about British boy bands that make them addictive.… 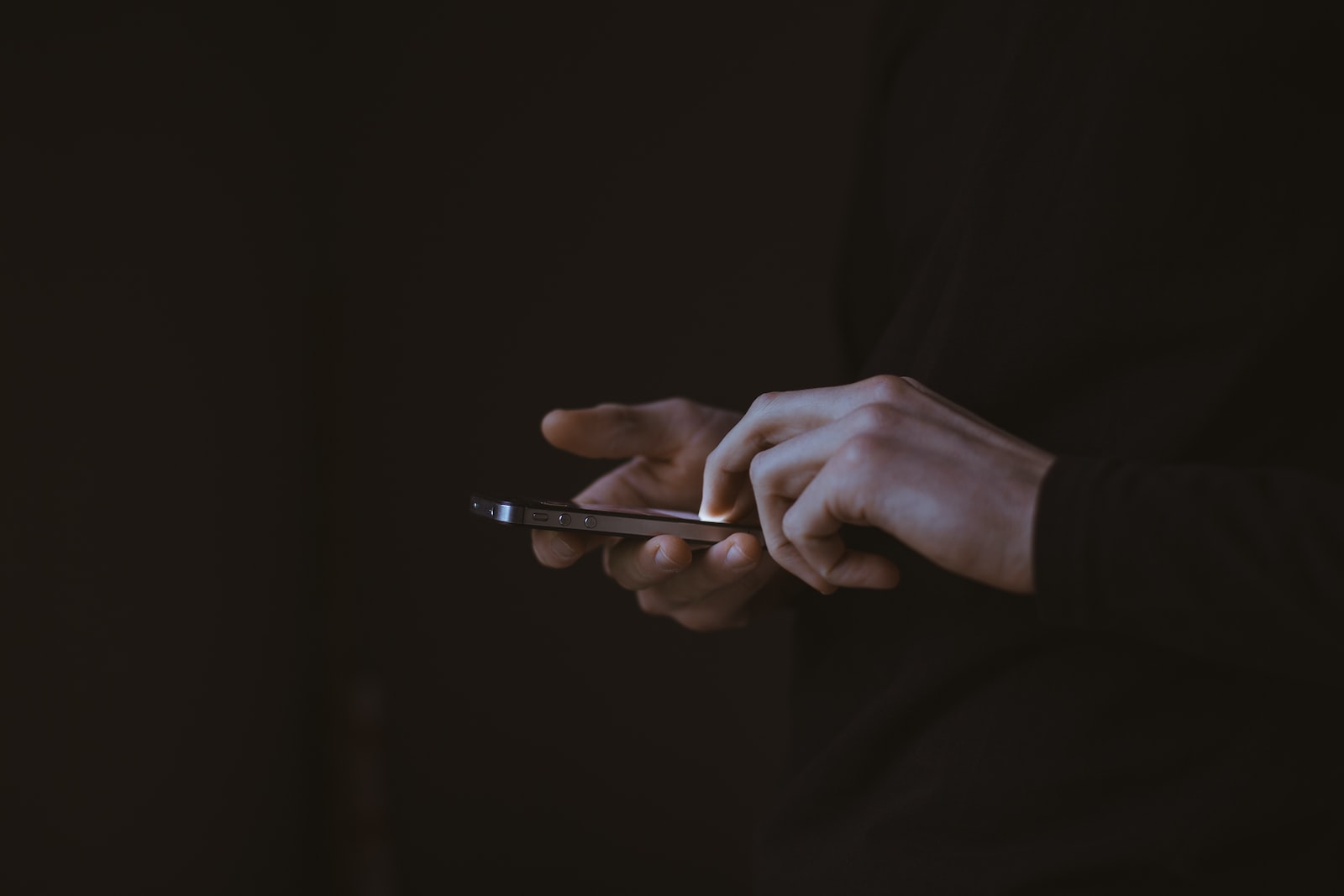 Moving to a new city can be tough. Being surrounded by people… 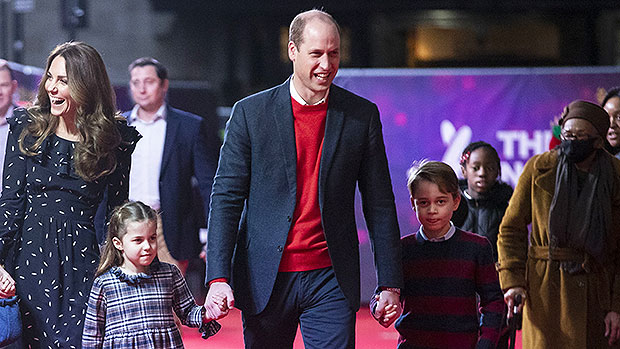 Like Loading...
And while the actress celebrated the premiere of her new Apple TV+ documentary (which is…