Suspect changed name as a teen

The suspect in Saturday’s shooting at an LGBTQ bar was known as Nicholas Brink before legally changing his name more than six years ago in an effort to sever “any connections to birth father and his criminal history,” court records show.

Anderson Lee Aldrich, who stands accused of gunning down five people and wounding 17 others at Club Q in Colorado Springs, Colorado, last weekend, petitioned a Texas court to adopt his current name in 2016 shortly before turning 16.

The petition, submitted by Brink’s grandparents – at the time his legal guardians – says he had not had contact with his father “for several years.”

Brink appears to have been the subject of vicious online bullying as a teenager in San Antonio, the Washington Post reported. At 15, months before the request to change his name, a website with photos of Brink ridiculed him for his weight, lack of money and what it said was an interest in Chinese cartoons.

The Associated Press reported that the suspect’s father is a mixed martial arts fighter and pornography performer with an extensive criminal history, including a conviction for battery against the alleged shooter’s mother, Laura Volpe, state and federal court records show. The father, Aaron F. Brink, served 21/2 years in prison for importation of marijuana, according to public records.

Investigators are still trying to determine a motive for the attack.

‘DIDN’T HAVE TIME TO SCREAM’:As the shooting started at Club Q, bodies fell, and an Army vet rose

MASS KILLINGS DATABASE: Revealing trends, details and anguish of every US event since 2006

►Aldrich, who was beaten by club patrons stopping his rampage, was released from a hospital Tuesday and transferred to the El Paso County jail, police said.

►The League of United Latin American Citizens is awarding its Presidential Medal and $5,000 to an Army veteran who helped stop the assault. “Rich Fierro … leaped into the breach to place his own body between (loved ones) and those enemies who would do us harm,” the group’s president, Domingo Garcia, said Tuesday.

►Mourners held candles and listened to speakers during the Club Q Remembrance and Radicalization vigil in Colorado Springs on Monday night.

►Thirteen people who were injured in the shooting remained hospitalized, officials said. Five had been treated and released.

‘I should not be alive,’ says survivor shot seven times

Some of the 17 people shot in the rampage at an LGBTQ nightclub on Saturday are recovering from their wounds and sharing harrowing stories of a near-death experience in what they had viewed as a safe space.

Barrett Hudson was shot seven times as he tried to flee. He called his father and prepared to die. On Monday, he took his first steps since he collapsed at Club Q early Sunday.

“When they told me I had seven bullet holes in my back, I was like, ‘Well, peace …,'” he said in a post. “I cannot believe I’m alive. I should not be alive.”

Jerecho Loveall 30, scrambled to safety amid the chaos. Once outside, he realized he was bleeding. A bullet had entered through a shin and exited through the side of his leg. He went to a hospital, where physicians recommended leaving the wound open, so the leg would naturally push out the shrapnel.

“It was a place you can go and be accepted, without judgment, without drama,” Loveall said of Club Q. “For some of us, it was a second home.”

Footage obtained by local media outlets including The Gazette in Colorado Springs appears to show Aldrich threatening to blow up a home “to holy hell” in a confrontation with police last year. On the video, shot during the alleged June 2021 bomb threat incident called in by Aldrich’s mother, Aldrich shows himself walking through the home wearing body armor and a helmet.

“This is your boy. I’ve got the (expletive) outside. Look at that. They got a bead on me. You see that right there? (Expletives) got their (expletive) rifles out,” he said. “If they breach, I’m gonna (expletive) blow it to holy hell. So, uh, go ahead and come on in, boys.”

Aldrich ultimately surrendered; kidnapping and menacing charges were later dropped and the case was sealed.

Last weekend’s shooting in Colorado Springs deprived LGBTQ folks of one of the few gathering places that caters to them in the conservative city, at a time when such venues are dwindling nationally.

With the closing of the Colorado Springs Pride Center in 2015, Club Q and gay piano bar ICONS were the only establishments prioritizing central Colorado’s LGBTQ community.

“There isn’t another gay nightclub for an hour’s drive,” said Greggor Mattson, a professor of sociology at Oberlin College in Oberlin, Ohio, and author of the forthcoming book, “Who Needs Gay Bars? Bar-Hopping through America’s Endangered LGBTQ+ Places.”

“I’ve traveled to so many communities like Colorado Springs where there’s only one bar and seen how important it is. People will say that even just seeing that there’s a place with a rainbow flag in town makes them feel good.”

About half of all gay bars nationwide have closed down in the last 20 years, Mattson said, for reasons that include gentrification, increased acceptance of the LGBTQ+ community and the advent of smartphones and dating apps.

The decorated former U.S. Army Major who helped disarm the gunman says he acted on instinct. Rich Fierro, 45, said his only thoughts were to save his family. His wife and daughter survived; his daughter’s boyfriend, Raymond Green Vance, was fatally shot.

“The guy came in shooting. I smelled the cordite, I saw the flash. I dove, shoved my buddy down … when I tried to get up, I saw the ACUs, the armor plates,” he said of what the gunman was wearing. “I grabbed him by the back of his cheap armor thing and pulled him down.”

The other man who tackled the shooter was later identified as Thomas James.

“I love them,” Fierro said of the city’s LGBTQ community. “I have nothing but love.”

President Joe Biden offered his condolences to Fierro in a phone call and thanked him “for his bravery,” White House press secretary Karine Jean-Pierre said at a briefing Tuesday.

‘GOTTA GET ON THE NEXT PATROL’:Former Army soldier went into hero mode to subdue shooter

Two club bartenders, a mom among those mourned

Details of those who did not survive the carnage are emerging. The victims included Raymond Green Vance, 22, whose girlfriend’s father was credited with overpowering the shooter and halting the massacre; Ashley Paugh, 35, a mother who helped find homes for foster children; Daniel Aston, 28, who had worked at the club as a a bartender and entertainer; Kelly Loving, 40, whose sister described her as “caring and sweet”; and Derrick Rump, 38, another club bartender who was known for his quick wit and adopting his friends as his family.

WHAT WE KNOW ABOUT THE VICTIMS: An entertainer, a ‘supportive’ friend, an ‘amazing mother’ 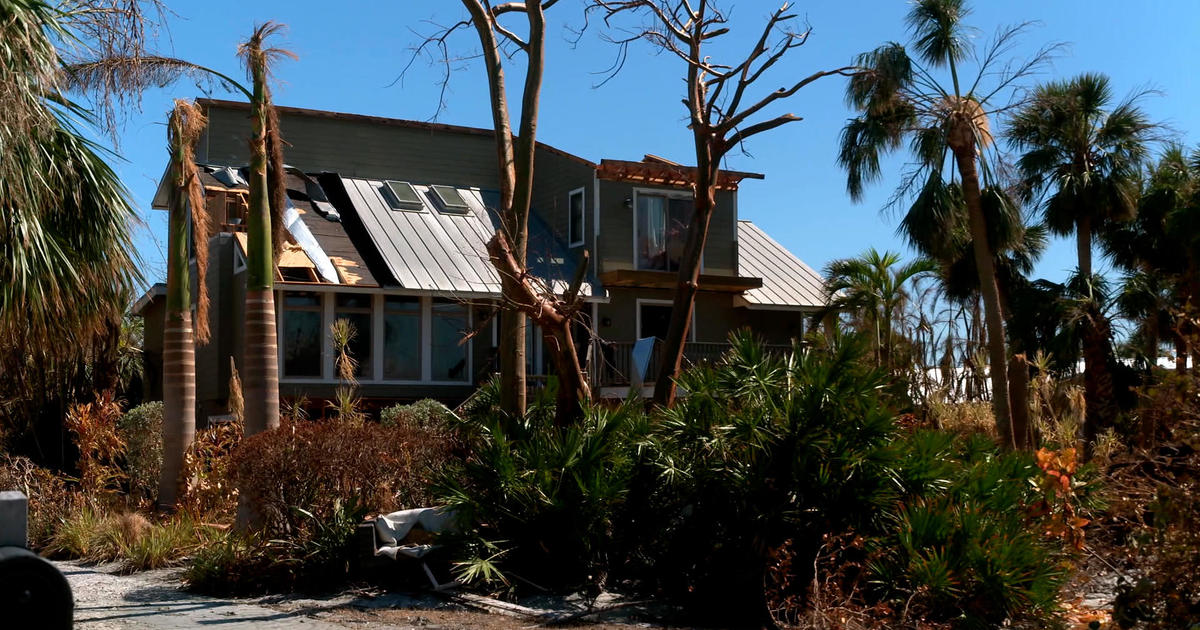 Life in Taiwan with China flexing its military might; Witnessing the aftermath… 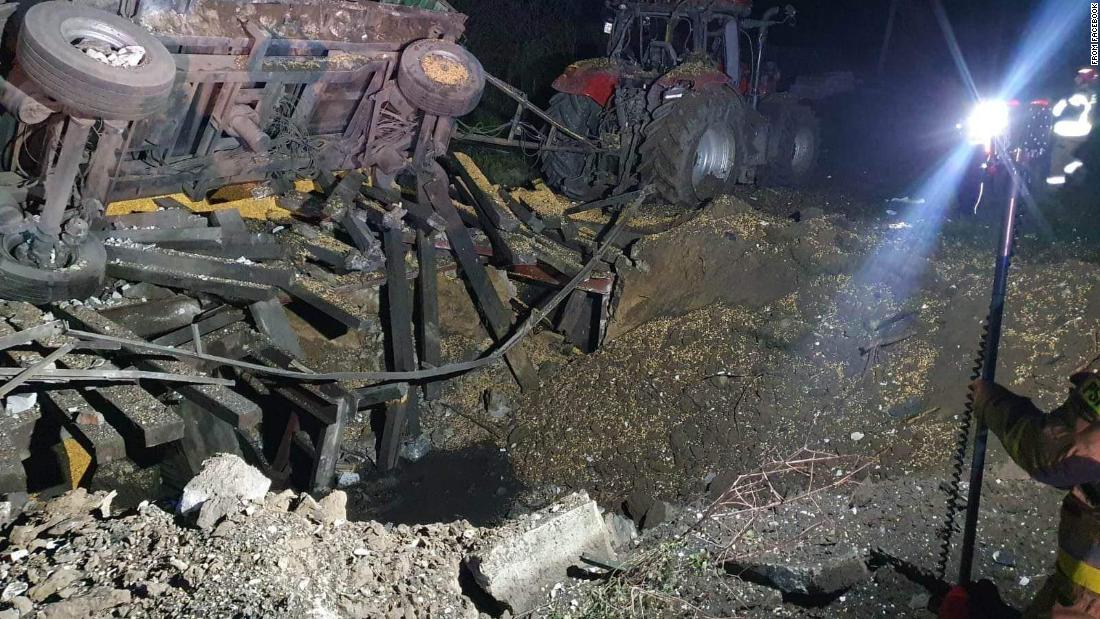 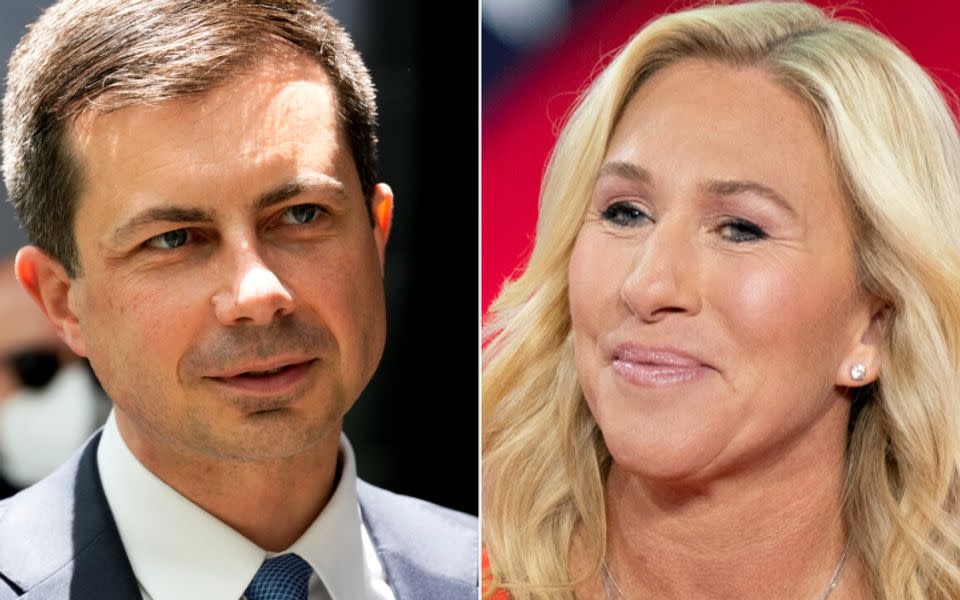 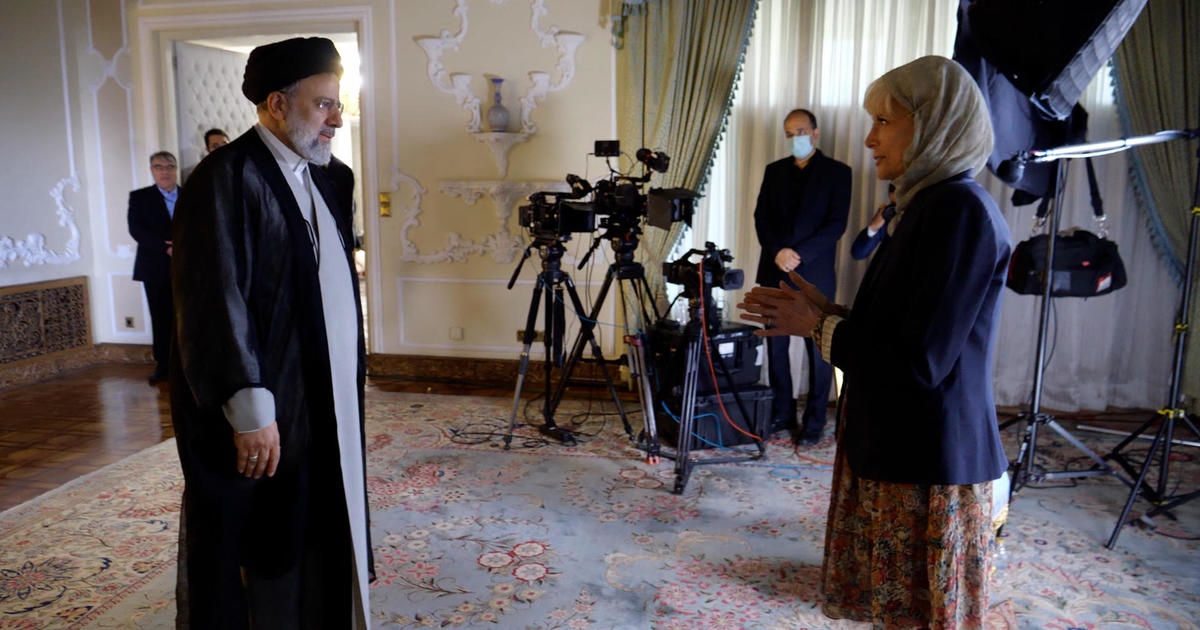 The United States first placed financial sanctions on Iran back in 1979,… 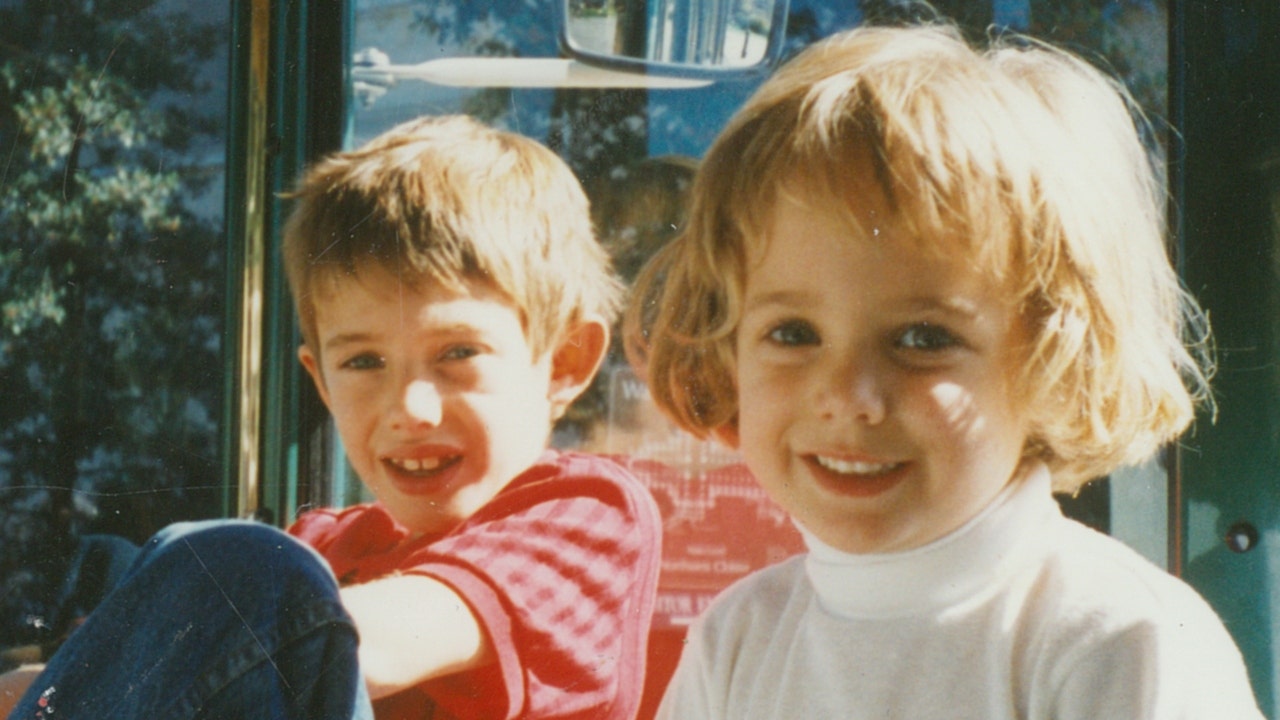 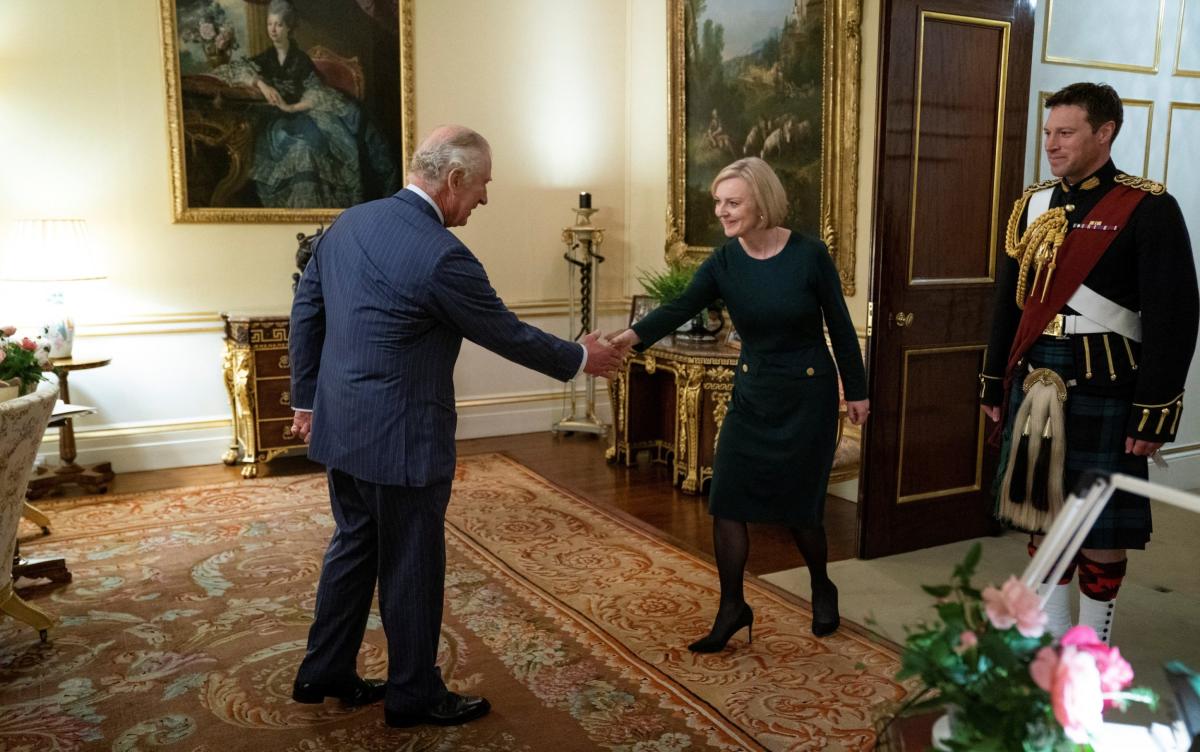