Iran’s national football team, known affectionately as Team Melli, kicked off its World Cup on Monday in dispiriting fashion. The side, which came into the tournament the highest-ranked team from Asia, lost a one-sided match to England, 6-2. There is time to make amends. On Friday, Team Melli plays Wales — a potentially winnable match for the Iranians — before taking on the United States in a tantalizing fixture next week.

For Iranian football fans, myself included, World Cup games are ordinarily the pinnacle of sporting excitement. This year, in Qatar, things are different. Team Melli is playing amid a popular uprising, set off by the killing of a young Kurdish Iranian woman, Mahsa Amini, by Iran’s morality police in mid-September. In the weeks since, protests — spearheaded by women, the young and ethnic minorities — have spread to every province in the country under the rallying cry of “Woman, life, freedom.” The government has responded viciously, arresting thousands and killing hundreds more. Last week, at least a dozen people, including a 9-year-old boy, were shot dead on a single night.

Against this bloody backdrop, many Iranians have said that they won’t be supporting the side. Some have called for FIFA to remove the team from competition altogether, arguing that allowing Team Melli to play on the international stage affords the Islamic Republic an opportunity to whitewash its repression in the country. Others simply find it impossible to care about football while protesters are being killed.

The government’s attempts to tether Team Melli’s identity to its own, along with the apparent willingness of some team members to play along, has further upset some Iranian fans. When some team members posed for photos with President Ebrahim Raisi before setting off for Qatar, many saw it as a betrayal. Nowhere was this dissatisfaction more evident than in videos circulating on social media of Team Melli banners in Iran set ablaze — a previously unthinkable sight in the football-mad country.

It’s not the first time Team Melli has gone to a World Cup in an atmosphere of national upheaval. In fact, Iran’s first World Cup appearance in 1978 bears certain resemblances to the present. There was controversy around the host nation: Argentina, ruled by a brutal military junta that disappeared tens of thousands of leftists, was seen as an inappropriate setting for a global tournament — just as Qatar, for its treatment of migrant workers and denial of L.G.B.T.Q. rights, is today.

In Iran, a revolution was in the making. Throughout 1978, Iranians poured into the streets to protest the U.S.-backed dictatorship of Mohammed Reza Pahlavi. When the squad played in Argentina in June, the mass protests were in a brief lull, leading the prime minister to declare the crisis over. Yet by late summer, protests and workers’ strikes again erupted around the country, as millions joined the biggest protest movement in Iranian history. Early the next year, the shah’s government would fall.

Team Melli took to the pitch that year without its captain, Parviz Ghelichkhani. A committed leftist who was once briefly imprisoned for his political activism and forced to express public remorse during a televised confession, Ghelichkhani announced that he would not be playing with the team in protest against repression in Iran. In his absence, the team wouldn’t notch a victory in Argentina.

It would take Iran 20 years to return to the World Cup stage. It was worth the wait: On a summer night in France in 1998, Team Melli won its first ever World Cup game; even better, it was a 2-1 stunner against the United States. The lead-up to the game had been a tense affair, as security and diplomatic worries plagued the planning and stadium crews. Yet the game itself was a remarkable success. Team Melli handed white roses to the U.S. squad before the match, and the two teams posed for photos together before settling in to play.

Iranians from all walks of life were exultant, spending the night dancing in the streets, united in celebrating a national triumph. The joy extended into the Iranian diaspora; as a teenager in New York, I was riveted. After the tournament, I begged my mother to find me a Team Melli jersey — no easy feat. The kit she found was several sizes too big for me, but I wore it proudly for years.

These were heady days in Iran, which the previous year saw the unexpected landslide election of Mohammad Khatami, a liberalizing figure who championed a free press, diplomatic engagement with Europe and America and greater public participation in politics. As Team Melli delivered on the pitch, many in the country were full of hope for change. That hopeful feeling would prove to be fleeting.

Those two World Cups, 20 years apart, testified to the close entwinement of sport and politics in Iran, a process set in motion when Iranian nationalists in the early 20th century began to champion physical fitness as a means to revive the health and vigor of the nation. Football, introduced to the country by European missionary schools and British colonial officers and enthusiastically taken up by Iranians, filled the bill.

But try as they might, the authorities have never been able to completely control the game. Following the lead of remarkably brave athletes, some footballers have been showing solidarity with protesters. After winning Iran’s Super Cup this month, for example, members of Tehran’s Esteghlal Football Club stood somberly during the awards ceremony, refusing to celebrate. A few days later, a beach footballer, Saeed Piramoun, marked his tournament-winning goal by simulating the act of cutting his hair — a homage to women removing their head scarves and cutting their hair during protests.

The recent image of Team Melli genuflecting to the president was less inspiring. Yet just days earlier, when the team played in Tehran, all but two players opted not to sing the national anthem. And before Monday’s match, the captain, Ehsan Hajsafi, expressed his condolences to Iran’s grieving families. Beginning with “in the name of the God of the rainbows,” a phrase used by the 9-year-old killed last week, Mr. Hajsafi told protesters, “We are standing beside you.” The next day, the entire team refused to sing the anthem before the game.

Team Melli now has two more chances to show their mettle on the pitch. But in some ways, it doesn’t really matter what happens. By standing in solidarity with protesters at considerable personal risk, they have already won.

Golnar Nikpour is an assistant professor of history at Dartmouth College and a scholar of modern Iranian intellectual and cultural history.

The Times is committed to publishing a diversity of letters to the editor. We’d like to hear what you think about this or any of our articles. Here are some tips. And here’s our email: [email protected]. 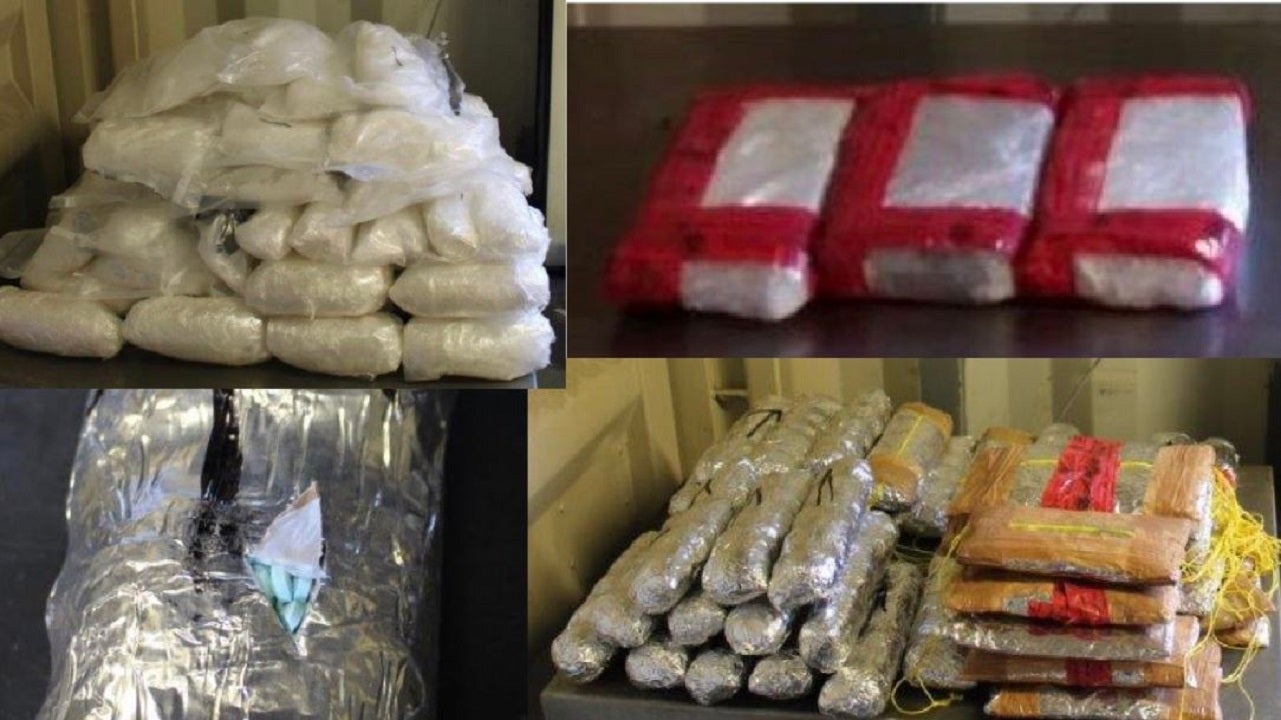 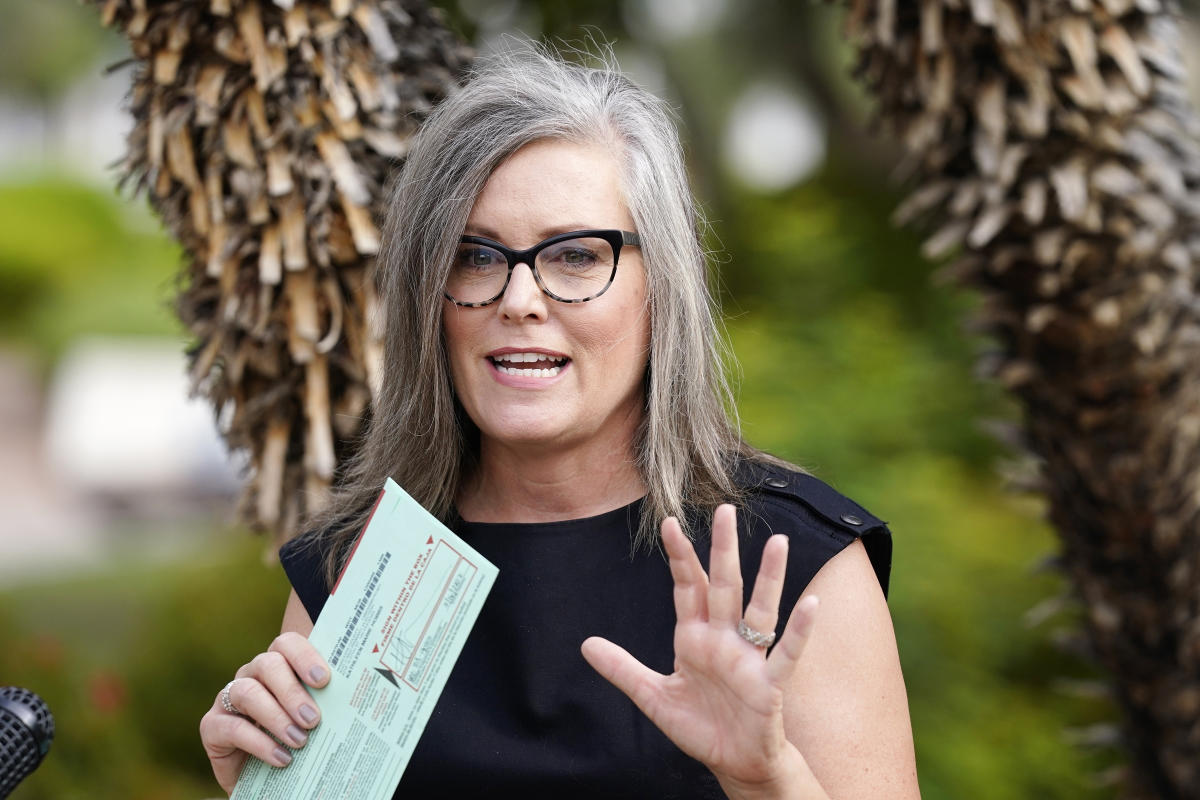 PHOENIX (AP) — A voter registration error caused up to 6,000 Arizona… 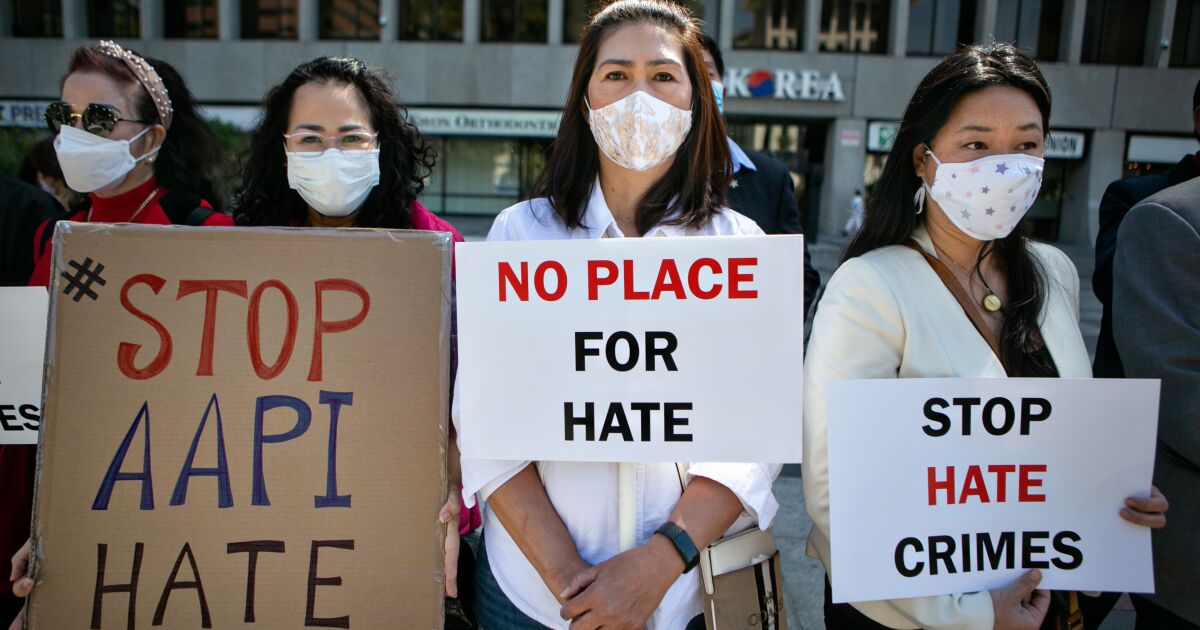 How do you stop hate crimes? How do you even know where… 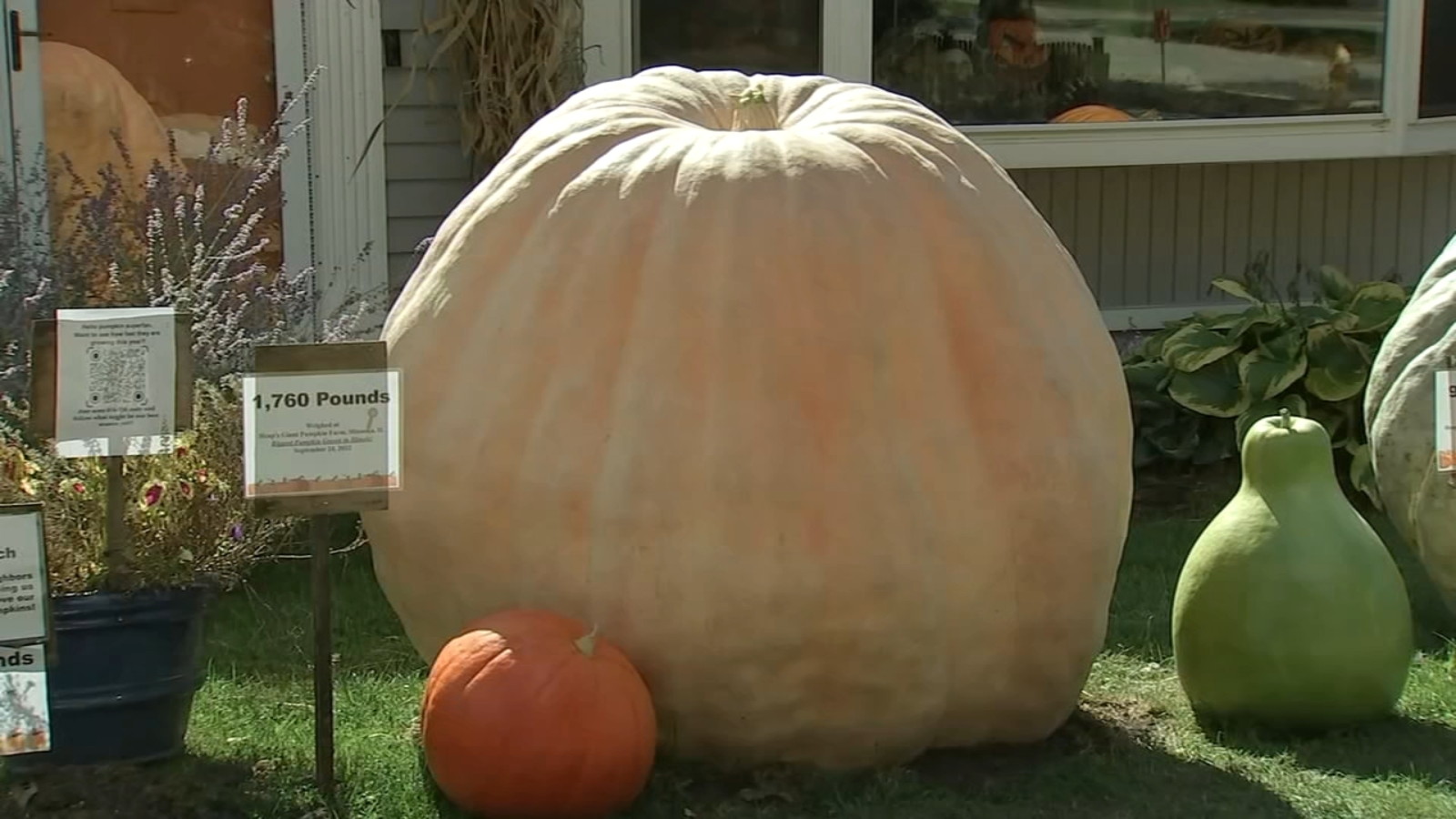 WHEATON, Ill. (WLS) — It is certainly the spooky season and one… 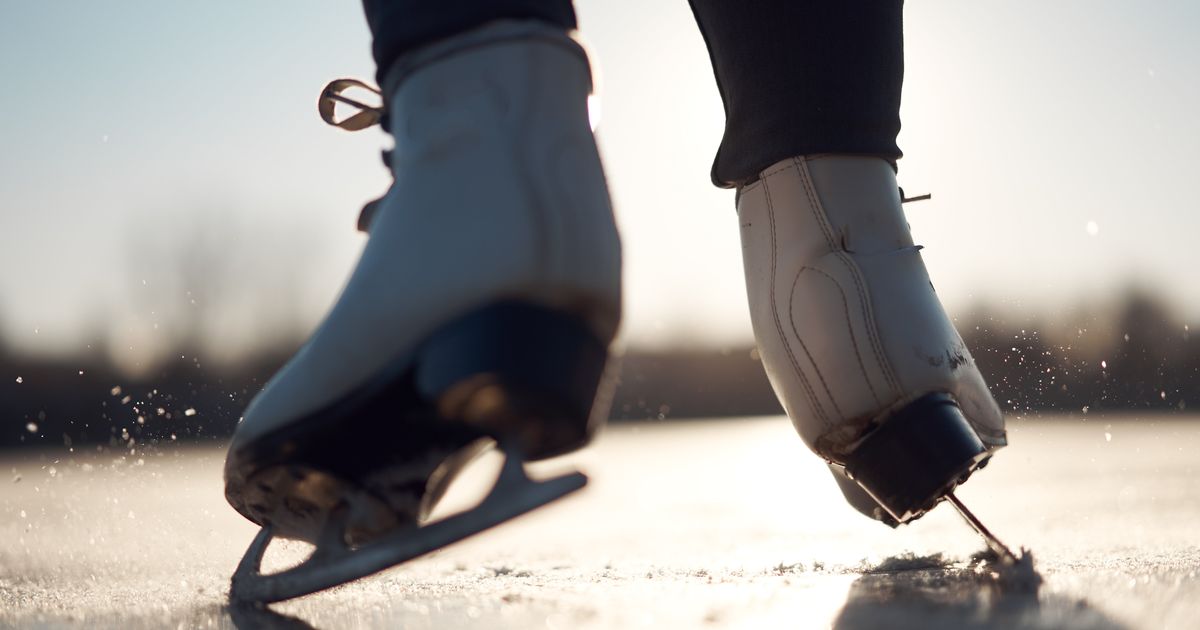 Figure skater Bridget Namiotka has died at the age of 32. Her…