Washington — Leaders of the far-right Oath Keepers militia group worked to “shatter a bedrock of American democracy” when they planned and executed a coordinated attack on the U.S. Capitol on Jan. 6, 2021, the Justice Department alleged in federal court Monday, on the first day of their trial.

“They banded together to do whatever was necessary, up to and including using force,” prosecutor Jeffrey Nestler told a jury at the trial of five members or affiliates of the group charged with seditious conspiracy and other crimes stemming from their alleged involvement in the Capitol breach.

Oath Keepers leader Stewart Rhodes and codefendants Kelly Meggs, Kenneth Harrelson, Jessica Watkins, and Thomas Caldwell were part of the group whose goal was to “stop by any means necessary the lawful transfer of power, including the taking up arms against the United States government,”  Nestler said, during the government’s opening argument.

The defendants are accused of planning their attack on the Capitol as far back as November 2020, later amassing weapons and espousing violence with other coconspirators – both charged and uncharged individuals – and coordinating their movements on the day of the attack.

Nestler walked the jury through a summary of the government’s case, including the structure of the Oath Keeper’s operation with Rhodes at the helm. Meggs and Harrelson, the prosecutor explained, tag-teamed the group’s Florida contingent while Watkins spearheaded operations in Ohio, and Caldwell – not a bona fide member of the group – allegedly set into motion their “Quick Reaction Forces” (QRF), which stored weapons in a Virginia hotel.

Caldwell is accused of planning to use a boat to transport those weapons into Washington, D.C. That call to action never came, according to the government, and during his own opening argument, Caldwell’s attorney David Fischer denounced the characterization as “hogwash.”

“This is the biggest bait and switch in the history of the American justice system,” Fischer argued, “the QRF was not in the remotest way” designed to attack Capitol, but to provide health and safety support if needed.

On Jan. 6 itself, prosecutors alleged, Rhodes and his conspirators traveled to the Capitol, ready to use “the training, knowledge and experience” many of them gained during military to plot to overthrow the government. Many members of the Oath Keepers organization are military veterans.

Nestler said that the group’s calls for “civil war” and refusals to accept Biden as the “legitimate winner” of the 2020 presidential election came to a head as the Capitol was under attack. He argued the evidence at trial will show that they were waiting for Trump to invoke the Insurrection Act, a Civil War-era law that would have called on a militia of armed citizens to oppose Congress’ work.

“He needs to know that if he fails to act, then we will,” Rhodes is accused of writing about the former president.

Rhodes’ attorney Phillip Linder said in his opening argument on Monday that Rhodes and his associates were there to provide aid and security to high-profile attendees of rallies in support of the former president, a defense Fischer and Watkins’ attorney, Jonathan Crisp, both reiterated.

Out of context, their communications before and during the attack sound “ominous as Hell,” Crisp conceded, but the evidence at trial would not support the government’s claims, he said.

“Stewart Rhodes meant no harm to the Capitol that day. Stewart Rhodes did not have any violent intents that day,” Linder argued for his client, telling the jury Rhodes will testify in his own defense during a trial that is expected to last more than a month.

But Nestler told the jury that investigators will prove that Watkins, Harrelson, and Meggs were part of an “invading army” that allegedly formed a military-like “stack” to enter the Capitol building and push toward members of Congress including Speaker of the House Nancy Pelosi as Rhodes coordinated from outside.

Prosecutors also showed the jury a picture of a patch they alleged was on Meggs’ clothing during the attack. It read, “I don’t believe in anything. I’m just here for the violence.”

Using snippets of video evidence, Nestler walked the jury through what the government will argue is proof that the group coordinated to overthrow the government with force and prevent the peaceful transfer of power, a “core democratic custom.”

Linder told the jury that the government used the videos and inflammatory language in “an attempt to alarm and anger you.”

“Although it may look inflammatory, they did nothing illegal,” the Linder said of the defendants.

After the Capitol attack, Nestler told the jury, Rhodes allegedly met with an unnamed individual on January 10, 2021, in which he lamented that the group was not armed on Jan. 6 and attempted to pass a message to Trump that it was “still not too late,” to take action. According to the prosecutor, that conversation was secretly recorded.

But Linder claimed his client believed “in good faith” that Trump was set to invoke the Insurrection Act and any calls for undue violence were “free speech and bravado.” In all, defense attorneys argued throughout the day on Monday that the Oath Keepers felt as though Trump had “failed” them because they were never called to action on Jan. 6.

Prosecutors said they will allege at trial talk of the Insurrection Act was merely to provide the Oath Keepers with legal cover.

Attorneys for Kenneth Harrelson and Kelly Meggs, both of Florida, opted not to deliver opening arguments for their clients. Fischer, on Caldwell’s behalf, and Crisp, Watkins’ attorney, told the jury that at the time of their arrest, their clients both spoke freely with investigators in interviews.

“These are not the actions of someone who was trying to overthrow the government,” Crisp said, arguing that while Meggs did enter the Capitol, she was innocent of the more serious charges.

Prosecutors called their first witness Monday, FBI Special Agent Michael Palian, to present evidence about the alleged planning before the Capitol attack, the first aspect of the accused conspiracy.

Palian said he was one of 70 agents who responded to the call and went to the Capitol on Jan. 6 to assist members of the Senate, whom he said were “shocked” by the chaos of the day. Some, he said, were crying.

He also answered questions about the data extraction from some of the defendants’ cellphones.

On Rhodes’ phone, Palian said he found encrypted messages dating back to the period just after the 2020 presidential election. According to the messages, Rhodes wrote the day after the election that they were establishing a QRF in Washington, D.C., and planning to oppose Biden’s election.

Later in November 2020, Rhodes’ texted a group that they must “march en-mass on the nation’s Capitol” with references to the Serbian revolution.

Assault On The U.S. Capitol

CNN  —  Facing accusations of whitewashing history after his administration blocked a… 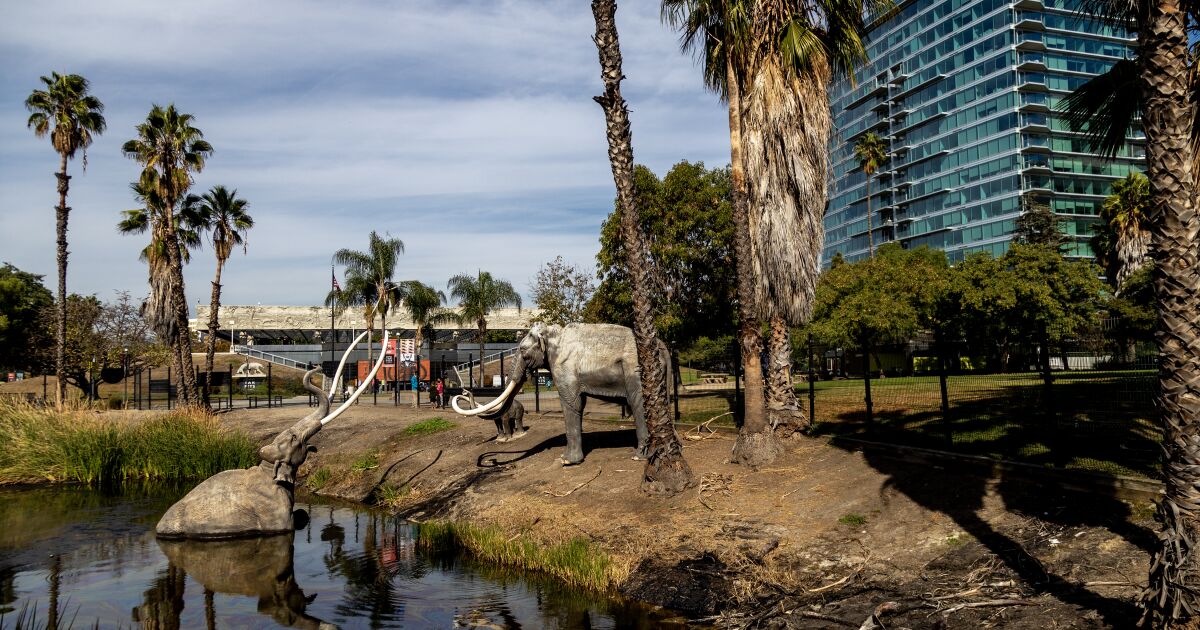 Last year, we began inviting readers to send us their pressing questions… 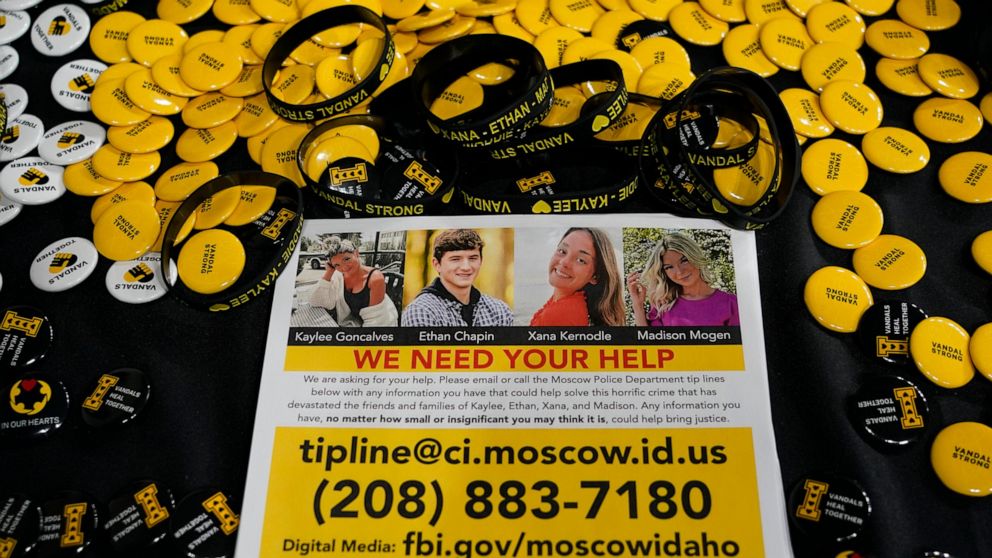 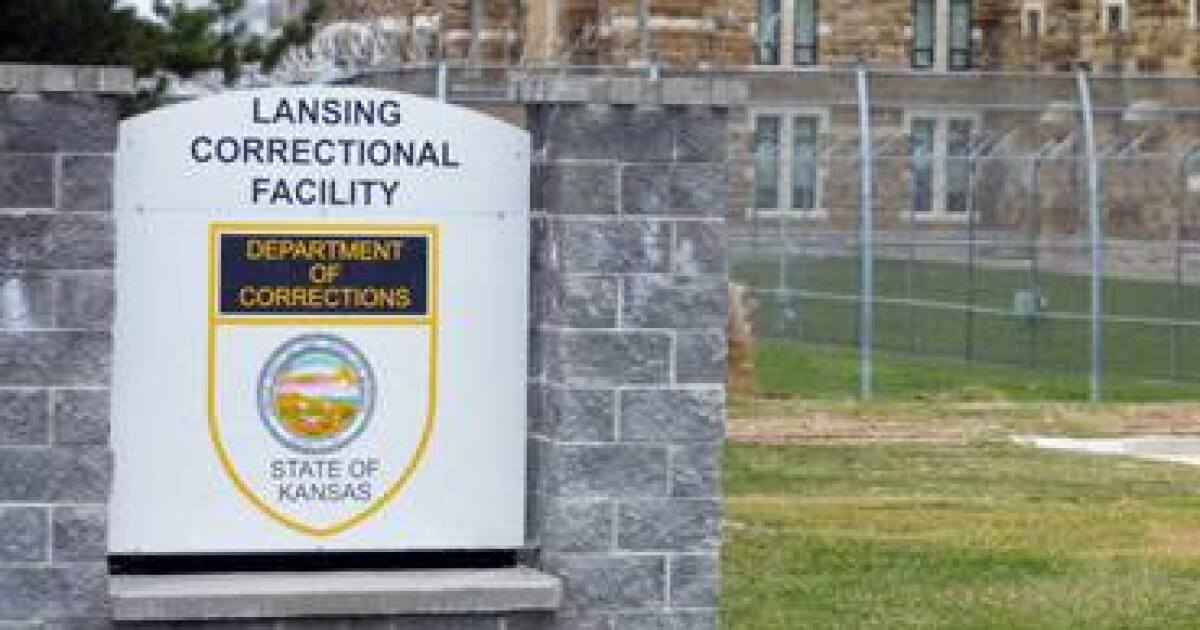 KANSAS CITY, Mo. — The Lansing Correctional Facility is investigating after a…

Queens, New York City One of the most famous jazz musicians in…
PARADISE, NV—Performing lateral ankle reconstruction procedures before a sold-out crowd…