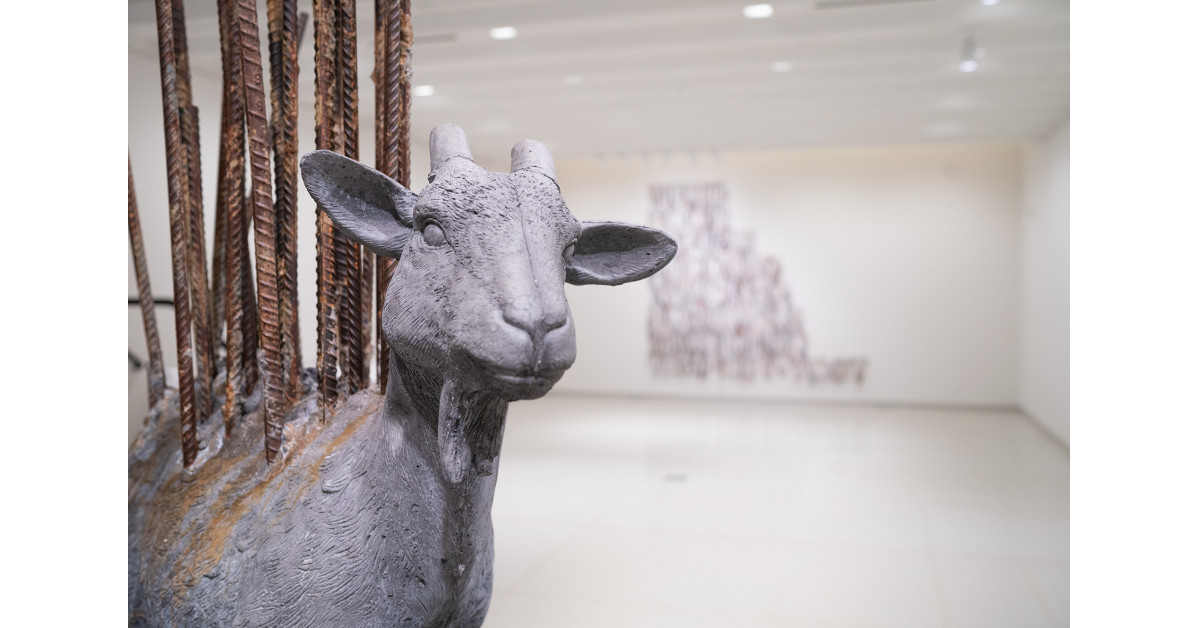 The Vilcek Foundation hosts a new exhibition, ‘Nari Ward: Home of the Brave,’ featuring important works by the Jamaican-born artist and Vilcek Prizewinner


NEW YORK, May 12, 2022 (Newswire.com)
–
The Vilcek Foundation is pleased to present Nari Ward: Home of the Brave, Ward’s first solo exhibition with the foundation. The exhibition, curated by Vilcek Foundation President Rick Kinsel, will be on view from May 31, 2022, to Feb. 3, 2023.

Nari Ward: Home of the Brave includes a selection of works and installations by the Jamaican-born artist. The exhibition provokes an examination of the values espoused in iconic American symbols, including the American flag and the Statue of Liberty. The individual works invite viewers to question how the concepts of democracy, liberty, and belonging are experienced by immigrants, Black people, and other underrepresented communities whose experiences put them outside the dominant white narrative.

Ward was born in Jamaica and immigrated to the United States with his family at the age of 12; the family settled in Brooklyn, New York. Ward has lived in the New York City area ever since, earning his BA at Hunter College and his MFA at Brooklyn College. He became a U.S. citizen in 2011. Ward received the Vilcek Prize in Fine Arts in 2017 for his body of found-object assemblage artwork that invites both public discourse and intimate dialogue on topics including race, poverty, and Black and Caribbean diasporic identities.

“As a curator,” Kinsel says, “it is especially exciting to be able to provide a platform for Ward’s work. Ward challenges viewers to consider the conflicting attitudes towards immigration in the United States. In the past several decades we have seen a rise in anti-immigration sentiment across our country. National symbols like the American flag and the Declaration of Independence hold multiple meanings for historically under-represented groups, and Ward’s work conveys the dualities within. The American flag can both be seen as the triumphant banner that waves ‘O’er the land of the free/And the home of the brave’ in our national anthem, and the banner that was carried by extremists that stormed the Capitol on Jan. 6, 2021.”

Symbols are powerful both as they were intended, and as they are appropriated. The power of Ward’s work lies in part in his appropriation of everyday objects. Using shoelaces, discarded tires, and washing machine drums, he constructs works that are monumental for the concepts they address. Each of these works invites viewers to examine their own relationship to race, economics, power, and belonging in the United States.

Art historian and curator Erica Moiah James contributed the exhibition essay for Nari Ward: Home of the Brave. An assistant professor of African, Black, and Caribbean art at the University of Miami, James previously wrote on Ward’s work for Nari Ward: Sun Splashed; in that volume, she contextualized Ward’s work within the Caribbean diaspora, noting “complex relations and subject reformation at the heart of Caribbean modernities are mechanisms that are fundamental to the artist’s thinking, formal vocabulary, and aesthetic production.”

In conjunction with the exhibition, the Vilcek Foundation produced a video with Ward highlighting the installation of Lazarus (2019) at the foundation. In the one-and-a-half-minute video, Ward discusses the intent of the work, which uses thousands of shoelaces inserted into the gallery’s walls to frame selected words from Emma Lazarus’ poem, The New Colossus. In the video, Ward discusses how the process of installation is a vital part of how this meaning is conveyed and experienced: “When I was working with the laces, it was really important that they be in the wall; that it was part of the architecture…. [Y]our relationship to the work within the space has something to do with how legible the work itself is.”

Following the exhibition at the Vilcek Foundation, Nari Ward: Home of the Brave will be available for loan and display at other institutions.

Says Vilcek Foundation Curator Emily Schuchardt Navratil, “With this capsule exhibition, we hope to be able to share Ward’s work and the mission and vision of the Vilcek Foundation with a wider audience.” She says, “The initiative to develop exhibitions available for loan has grown out of our mission to foster appreciation for the arts, and our commitment to making the works included in the Vilcek Collection accessible to the public.”

Learn more and plan your visit today: Nari Ward: Home of the Brave at the Vilcek Foundation

The Vilcek Foundation raises awareness of immigrant contributions in the United States and fosters appreciation for the arts and sciences. The foundation was established in 2000 by Jan and Marica Vilcek, immigrants from the former Czechoslovakia. The mission of the foundation was inspired by the couple’s respective careers in biomedical science and art history. Since 2000, the foundation has awarded over $6.4 million in prizes to foreign-born individuals and has supported organizations with over $5.5 million in grants. 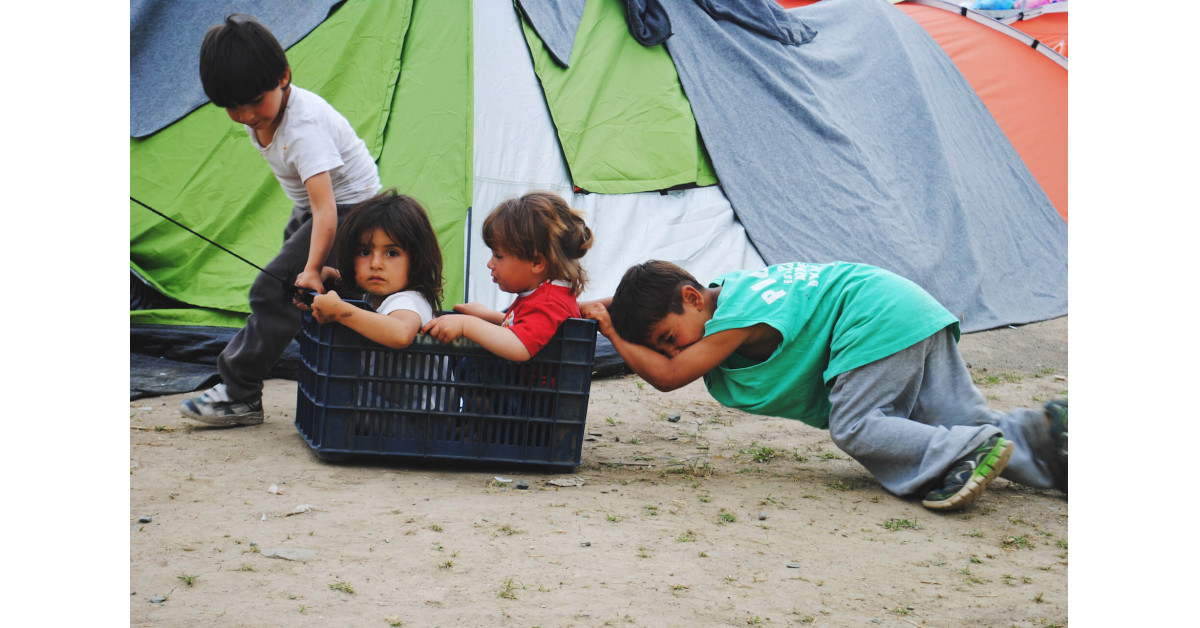 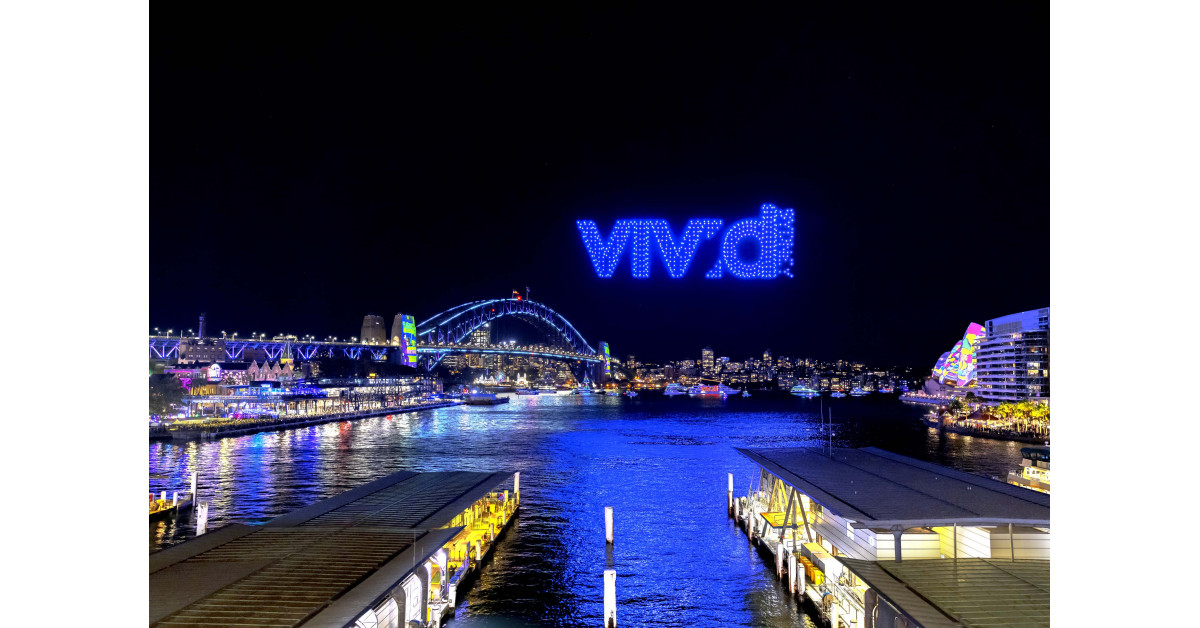 History Made Over Sydney’s Magnificent Harbour