Republican Maryland Governor Larry Hogan says that while the November elections “should be huge” for his party, they could be “somewhat muted” because of some of the far-right Republican nominees on the ballot in several battleground states.

Hogan is confident his party will take the House, but thinks the Senate could “go either way.” He doesn’t foresee a “big swing” coming in the governor’s races.

“It should be a huge year for Republicans. But we haven’t always nominated the strongest candidates for a general election,” he told CBS News in a phone call on Friday. “It could have been a bigger year, but I think it’s still going to be an okay year for Republicans.”

Hogan, a vocal critic of former President Donald Trump, denounced him for spending a lot of time in the primaries “attacking strong Republican candidates” and helping to prop up “the weakest candidates” in the GOP.

And he suggested that Trump’s efforts were really damaging, that the nomination of those candidates has played a “bigger role” in diminishing any projected GOP gains than the Supreme Court’s decision to overturn Roe v. Wade, which has galvanized Democrats.

This group of candidates includes the nominee in Hogan’s own state, Dan Cox, who was endorsed by Trump.

He told CBS News he hasn’t made a decision yet on who he’ll vote for to succeed him as Maryland’s governor race.

“Anything’s possible,” he replied when he was asked if he would write in a candidate as he has done in the last two presidential elections. Hogan has been very critical of Cox, calling him “a nut” who has “no chance whatsoever” of winning in Maryland, according to the Washington Post.

And he also disagreed with a fellow GOP governor who is promoting GOP candidates who have been sowing doubt about the legitimacy of the 2020 election. On Wednesday, Hogan’s neighboring governor, Glenn Youngkin, of Virginia, campaigned with Arizona gubernatorial nominee Kari Lake. Lake has said President Joe Biden “lost the [2020] election and shouldn’t be in the White House.”

Hogan said he doesn’t know what Youngkin would “find appealing about Kari Lake.”

“I can just tell you that’s not a candidate that I would get involved in trying to help,” Hogan said. “You have to ask him about how he makes his decisions. To me, it doesn’t make a lot of sense.”

The Maryland governor, a potential presidential candidate in 2024, has been doing what he can to help some competitive GOP candidates, through endorsements, fundraisers and campaign events.

He’s held fundraisers for Alaska Sen. Lisa Murkowski and Connecticut Senate nominee Themis Klarides, who lost to Trump-backed candidate Leora Levy. He’s also appeared at events with Oregon gubernatorial nominee Christine Drazan and Nebraska Republican Rep. Don Bacon during a swing through Iowa. His advocacy group, An America United, has also aired ads for Rep. David Valadao of California, one of only two House Republicans who voted to impeach Trump and managed to survive their primaries to advance to the general election.

“I really like Joe O’Dea because he reminds me of when I ran for governor in 2014. He’s not a politician; he seems like a straight shooter,” Hogan told CBS News. “Unfortunately he’s getting attacked from both sides.”

Trump slammed O’Dea online on Monday, calling him a “RINO” character that is “having a good old time saying that he wants to “distance” himself from President Trump, and other slightly nasty things.”

“We shouldn’t be coming after strong Republican candidates who have a chance to win, and who are running good campaigns. It just doesn’t make any sense,” Hogan said.

Hogan praised Fung and noted he could be the only federal Republican in New England if he flips the district. To Hogan, Fung fits into the bucket of more moderate Republicans who can appeal to general election voters, particularly in the Northeast, which is heavily Democratic but has a tradition of moderate Republican lawmakers and governors.

Hogan has not yet decided whether he’ll run for president and says he wouldn’t announce until after his term as governor ends in January.

“I’m going to be involved in some way or another, but I haven’t decided whether I’m going to be a candidate for president or any other office,” he said.

In October, Hogan met with about 50 donors and longtime supporters in Annapolis to discuss a possible White House run, according to Maryland Matters. Hogan broadened the focus of the meeting and said it was to talk about “what the future might look like.”

He’s won high approval ratings throughout his two terms, but it’s not clear whether he’d be as popular on a national stage. He got a 73% approval rating according to a Washington Post-University of Maryland poll from October. That same poll found that among registered Republicans in Maryland, 59% would vote for Trump in a hypothetical 2024 matchup, while 35% would vote for Hogan.

Hogan opposes the idea of another presidential run by Trump, saying it would decrease the party’s chances of winning in the midterms and winning back the White House.

Aaron Navarro is an associate producer for the political unit at CBS News, focusing on House and gubernatorial campaigns as well as the census and redistricting. 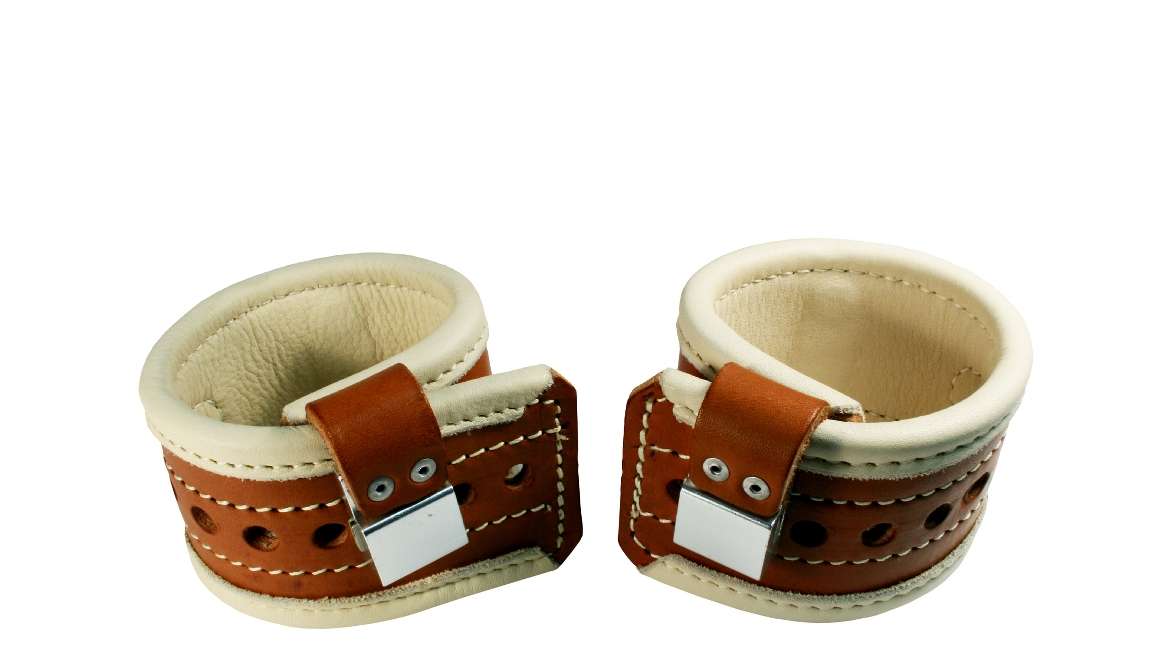 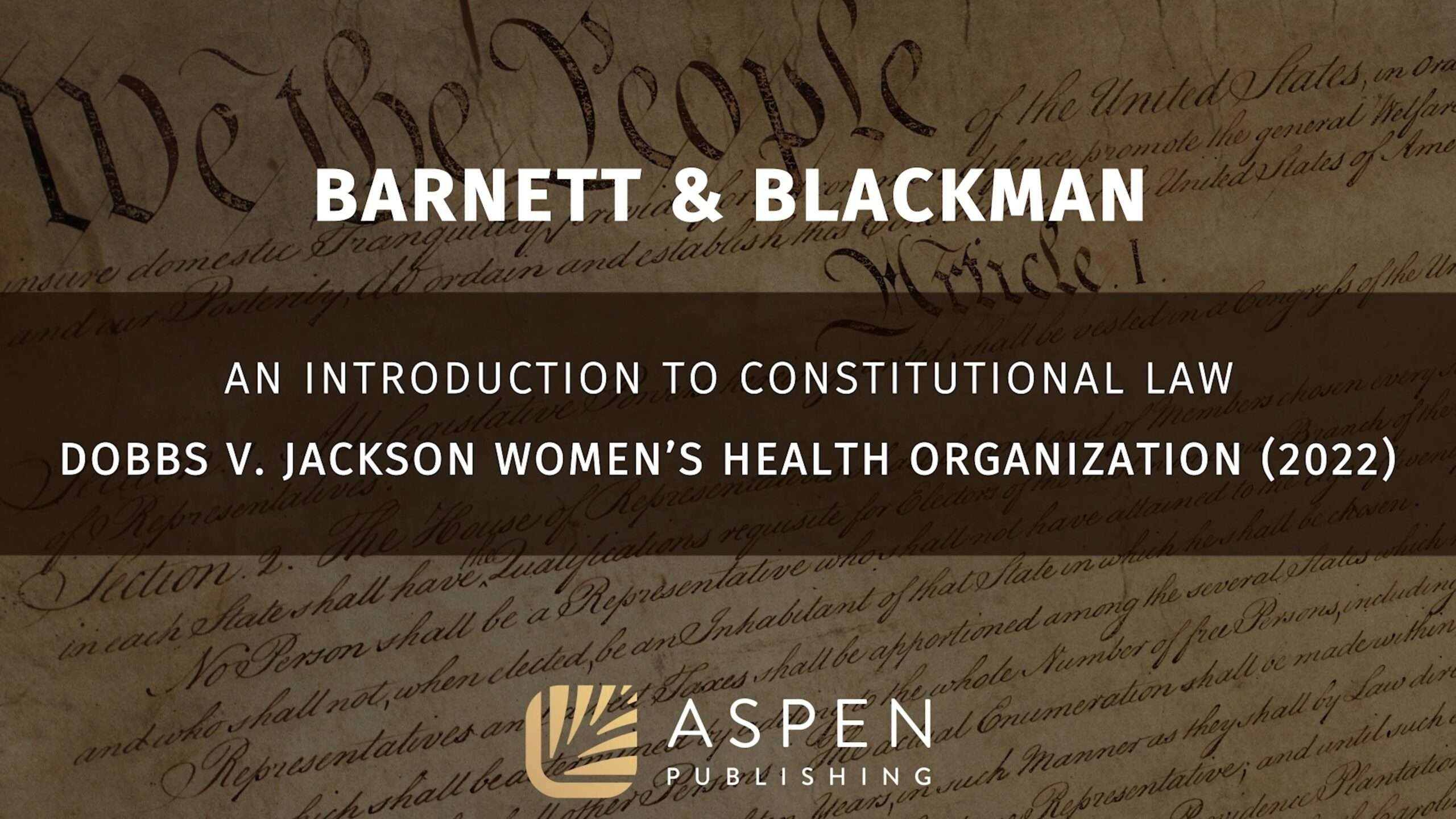 On Friday at 3:00 ET, the Federalist Society will host a webinar…

EL PASO — President Biden on Sunday made his first visit to… 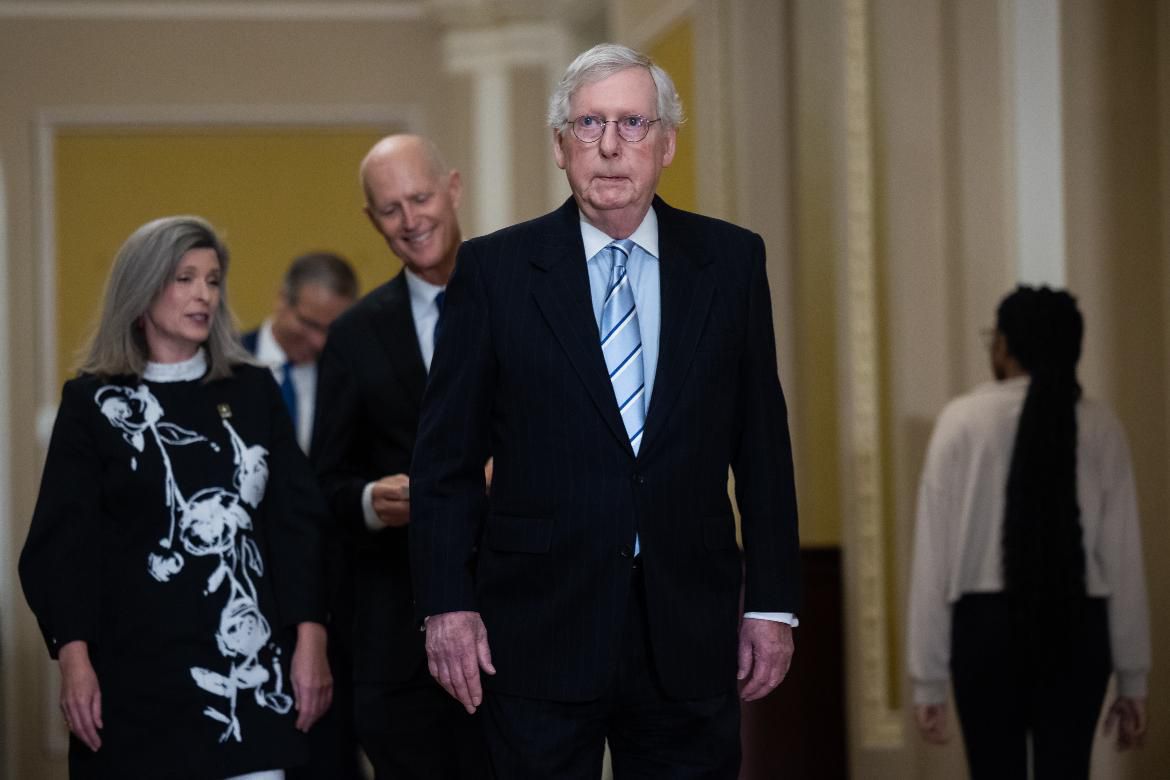 He also projected confidence there would not be a financial crisis. Anthony… 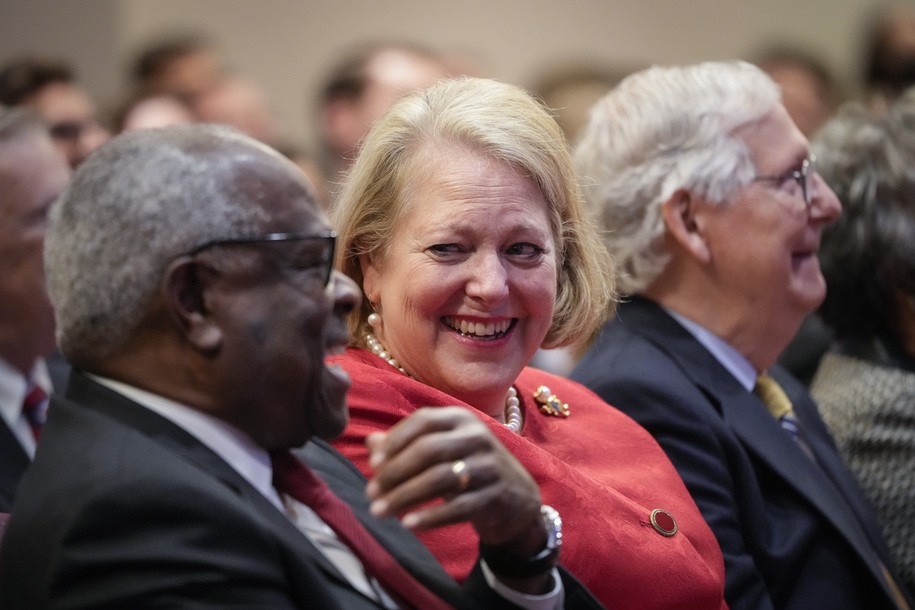