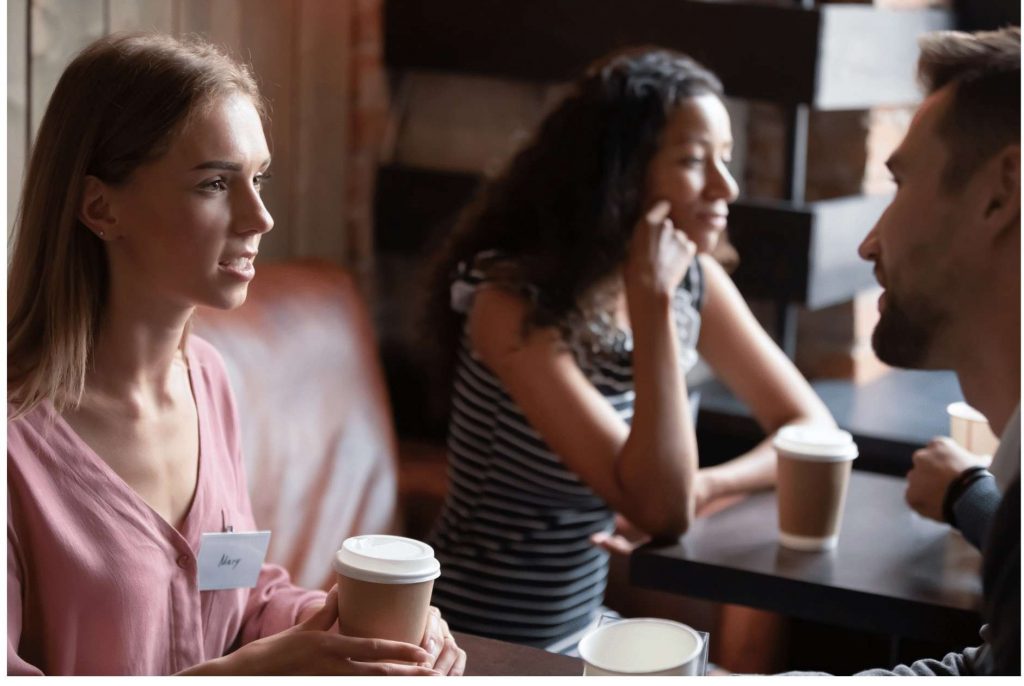 When a New York Times reporter asked me to weigh in for an article on the return of speed dating services, we had a lot to talk about. In an almost post-pandemic dating world, the pent-up demand for dating IRL (in real life versus virtual dating) makes a lot of sense. I call it a hybrid form of dating where you sign up online for an event and show up to see if you have that instant chemistry or not. These days, even with couples meeting online more than doubling in numbers than couples who met through friends, singles need a hybrid dating strategy. Adding in speed dating fits the bill.

In the New York Times story, Is it Time to Try Speed Dating?, I shared these thoughts with the writer, Becky Hughes.

“What’s old is new again,” said Julie Spira, a dating coach who runs a company called Cyber-Dating Expert. She noted that the first documented speed dating event was held at a coffee shop in Beverly Hills in 1998. The host, Rabbi Yaacov Deyo, “was trying to form connections for Jewish singles so they can stay within the tribe,” Ms. Spira said, “and it caught on.”

“If you look at the swiping apps, it’s less than three seconds for a person to decide whether to swipe right or left,” Ms. Spira said. “It’s a millisecond!” After Tinder arrived in 2012, she saw several speed dating companies shut down, including HurryDate and No Waiting Dating. “They got old and stale because dating apps were the new shiny way to meet someone,” she said.

Some of the speed dating companies mentioned in the article include: We Met IRL in New York, formed earlier this year, Ambyr Club catering to the high-end market (with a price tag of about $150), and CWAQ – the acronym for Connect with a Cutie.

The point of online dating and using mobile dating apps such as Match, Hinge, Bumble, OkCupid, and Tinder is to connect with someone offline instead of sending endless texts to people you’ll never meet. I’m thrilled to see the renewed interest in speed dating services if only to start socializing again after a long lockdown period and welcome these new services and activities.

Continuing with the theme of meeting IRL, Bumble, the dating app where the women make the first move, has been curating in-person events for several years and recently announced Bumble IRL.

On April 28th, you can work up a sweat with other singles as Bumble partnered with SoulCycle in 10 U.S. cities for an evening class. You’re in luck if you live in Atlanta, Boston, Chicago, Austin, Dallas, Denver, Miami, New York, Los Angeles, and San Francisco.

In May and June, the app will co-host free evening events with TopGolf in nine cities per month, including Atlanta, Austin, Chicago, Dallas, Denver, LA, Miami, New York/New Jersey, and San Jose.

With summer around the corner, getting out and meeting your online crush or signing up for a speed dating event in your city may just be the perfect recipe for romance.

The app will co-host free evening events with TopGolf in nine cities per month, including Atlanta, Austin, Chicago, Dallas, Denver, LA, Miami, New York/New Jersey, and San Jose in May and June.

With summer around the corner, getting out and meeting your online crush or signing up for a speed dating event in your city may be the perfect recipe for romance.

Need a quick coaching call to get ready for your offline or speed date? Sign up here to be date-ready.