Inside the Rise of Interior, NYC’s Next Big ‘IYKYK’ Brand

“Taking something really beautiful and then fucking it up”: That’s what excites Jack Miner about his work at Interior, the label he co-founded with longtime friend Lily Miesmer. Together, the two are set on redefining “specialness” — not by aspiring to prim perfection, but by taking luxurious classics and flipping them into something sharp-witted.

Since launching in 2020, Interior has slowly evolved its take on elegance from a certain crafty intricacy (Miner previously worked at Bode) towards an altogether darker vision, ultimately building to a boiling point in its first runway show this past September. The duo burned, tugged and tore at lace and silk, taking surface perfection and dragging it lithely through the gutter.

“[It’s] creating specialness through a sense of tension, which ultimately is emotive,” says Miner. “We want to convert women on emotion, we want people to feel something.”

Miesmer and Miner are currently in their feelings, too. Logging in over Zoom — Miner from the office, Meismer from a hotel room somewhere in Europe — the two have already spent plenty of time weighing the highs and lows of the experience. With a little over a month’s distance from their brand’s Spring 2023 show, titled Sweet Days of Discipline, Miner explains that he’s finally arrived at a calm sense of joy.

“When I think back on it now, I could almost cry.”

When they set about designing Interior’s most recent collection, a runway show wasn’t even on their minds. In June, they found out that the label had been selected as a recipient of IMG’s NYFW Small Businesses grant, which ultimately pushed them to present their latest in a whole new context, graduating from a February presentation-cum-martinis and fries party at the Waverly Inn to a dark theater in the East Village.

“[It] forced us to do something, in a good way, bigger than we were mentally ready to do. It proved to us that we really could do it, and that we were ready,” says Miesmer. “Jack and I joked the minute it was over, ‘Okay, we’re never doing that again.’ And then we were like, ‘We could put on a show in three weeks. It would be fine.'”

“It’s an almost existential experience,” adds Miner. “There’s this realization that everyone is there helping you realize a dream that you have for yourself. Everyone’s working toward a common goal together, which is really wonderful, but it simultaneously feels like the stakes are so high — for everyone, and for you most especially, as the person that’s decided to put this thing on and ask everyone for their support.”

For Spring 2023, the duo looked to the idea of the woman in the attic, or, as described in the show notes, “this subtle nod to a creeping chaos in spite of frantic efforts to keep order.” On the day of the show, as The Pixies’ “Where Is My Mind” played forcefully over the speakers, the models emerged from their proverbial prisons, hems dirtied, sweaters torn, shirts askew.

“Stressed socialites that looked ready to snap,” is how Sarah Spellings, fashion news editor at Vogue, describes the look.

Having reviewed the label’s last four collections for the outlet, Spellings sees the show as theatrical, an evolution from its past seasons.

“My favorite detail is that they worked with a movement coach to perfect the walk,” she says. “They’re very much leading with their heads and kind of storming. It wasn’t a graceful walk, necessarily.”

Eschewing the typical affluent heiresses as inspiration, it’s Bertha Mason — the wealthy first wife locked inside the Rochester mansion in “Jane Eyre” — who finally gets her due.

Still, the question must be asked: Will shoppers find distressed dresses and undone hems luxurious?

Often, when buyers pay a visit to studios after a runway presentation, they expect to see perhaps double the amount of pieces that appeared on the runway. (There will be commercial designs meant to be more realistically sellable.) Instead, the duo behind Interior stand by the thoughtful unraveling of every single runway look.

Before debuting a collection, they scrutinize every piece down to the last button, choosing only to offer exactly what the audience of editors and retail executives saw at the time of the show. They’re here to prove that specialness doesn’t always mean adding more. They attribute that assuredness and specificity in part to their launch amid the pandemic. There was an inherent essentialism from the start.

“There’s very little bullshit in the brand. There’s no filler,” Meismer says. “All we do is kill things that aren’t bringing our point of view to the world in a new, exciting way. Jack is merciless with a red pen whenever we’re going over our style count and our line plan.”

And while the friends admittedly approach fashion with an intellectual headiness, “our clothes are clothes that are about clothes, if that makes sense,” Miesner says.

But it would be foolish to write the brand off as clothing too smart for its own good: Ultimately, they understand that their designs can’t just exist for creativity’s sake.

“I don’t think that they would have a problem if someone told them, ‘Oh, yeah, like I did wear this white leather suit to go on a walk in Central Park during the rainstorm,'” Spellings says. “Something tells me that they’d be quite charmed by that.”

“If you’re coming at design from solely a commercial standpoint, it won’t work, and if you’re coming at that also exclusively from an artistic standpoint, it won’t work,” Miesner says. “It’s about finding the marriage of the two and figuring out how what you’re craving and what your woman is craving can translate into something that’s wearable and luxurious and feasible.”

The designers feel like harnessing that craving is more attainable than ever. Interior’s first retail launch was at Net-a-Porter as part of its Vanguard program; its Fall 2022 collection is the first available at brick-and-mortar stores — including Nordstrom, Bergdorf Goodman, Neiman Marcus and Saks Fifth Avenue — for customers to see, touch and try on. In other words: Destruction is coming to the designer floor.

Interior is on the brink where many emerging brands find themselves: establishing its aesthetic while faced with evolution. New York has seen many up-and-coming labels lose sight of their original vision — or, on the opposite side of the pendulum, become too repetitive to successfully withstand the sweeping trend cycle.

Luckily, Meismer and Miner have a secret weapon on their side: “That survival gene that’s so embedded in our DNA will serve us forever,” says Meismer. “We do everything ourselves to a psychotic degree, and I hope we never lose that can-do spirit, because that’s when people get a little lazy and a little messy.”

As Interior’s Spring 2023 collection explores that tug towards chaos that emerges in the grasps for control, Meismer and Miner are in many ways lilting towards the opposite: In the spin of evolution, they’re finding solid ground. The center can hold. 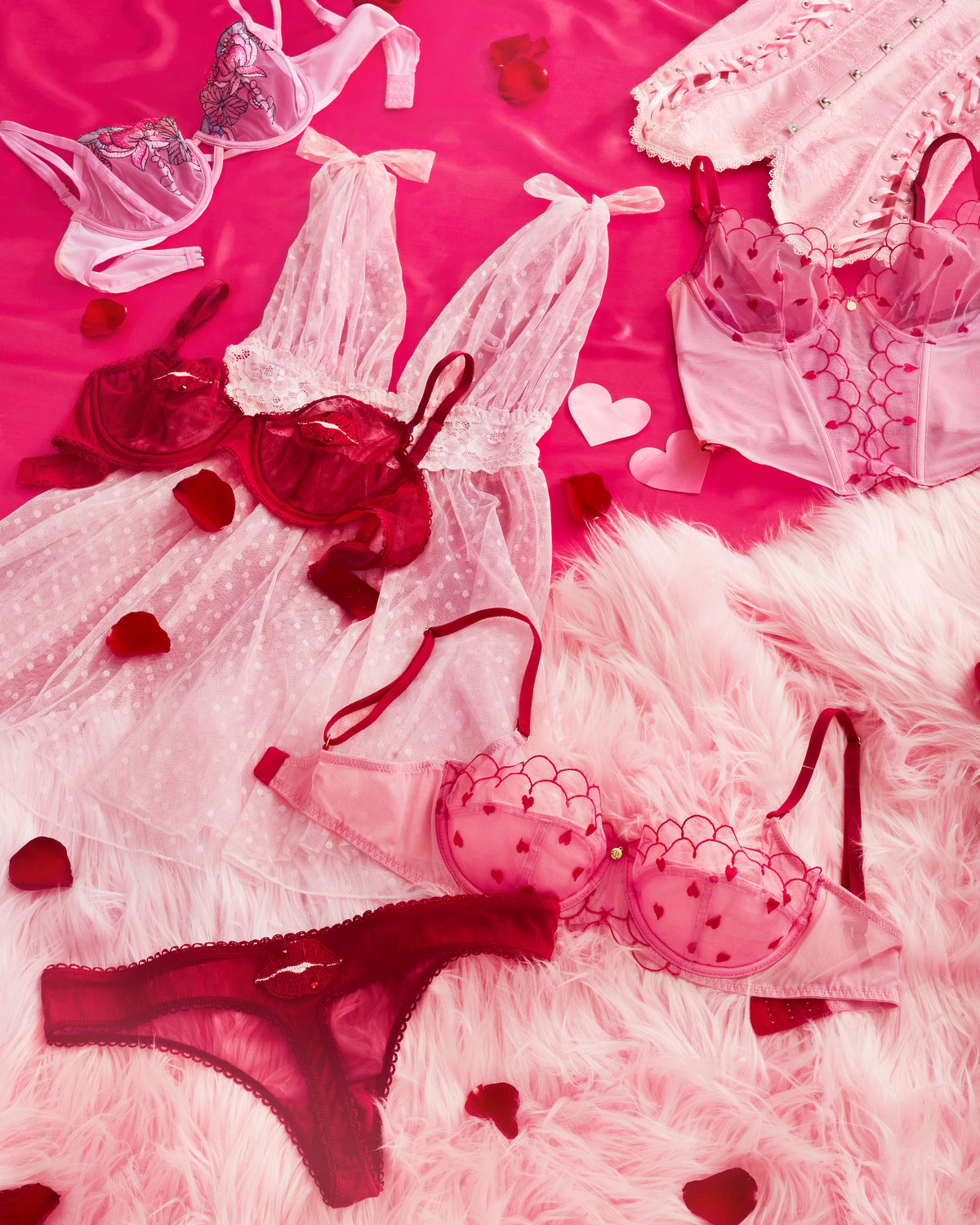 Are you ready for Valentine’s Day? Spending the day loving on yourself,… 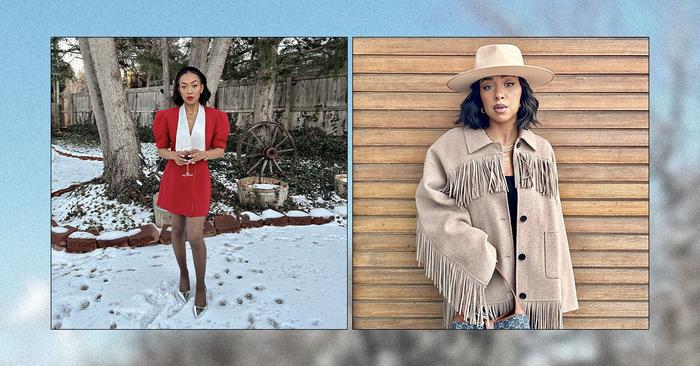 Every holiday season, I retreat from my tiny apartment in SoHo and… 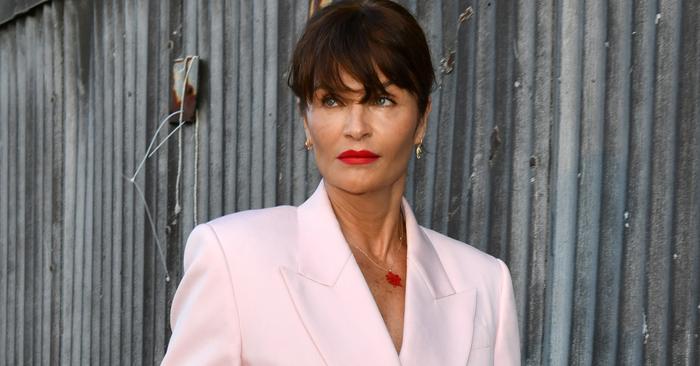 At this point in my career, I have talked to thousands of… 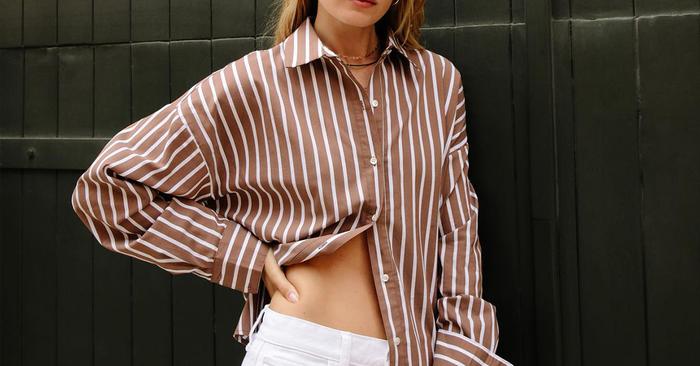 If this is your first time here, let me catch you up…