Sony Santa Monica’s God of War was a masterclass in emotional storytelling, delivering character development and a touching tale of parenthood wrapped up in the trappings of one of the most violent game series ever created. Could the sequel, God of War Ragnarök, surpass it? I would argue it did, though it’s taken an unorthodox path to do so. It’s at least as good as its predecessor, though it does have some of the same gameplay and story peccadilloes.

Just as a warning, this review will contain very mild story spoilers — I don’t talk about anything important, but it’s impossible to address certain aspects of the game without spoiling. There are several story and character moments I can’t even discuss for fear of ruining the experience, but suffice to say there’s plenty going on in God of War Ragnarök.

The end of the world as we know it

In this adventure, a teenage Atreus and Kratos deal with the consequences of their actions from the previous game. Fimbulwinter, the meteorological cataclysm that precedes Ragnarök, has set in when the two receive a less-than-friendly visit from none other than Thor and Odin. Forget the affable mythological Norse gods: In this game, Thor is a violent, abusive brute, and Odin conducts himself with all the predatory cordiality of a mafia kingpin.

Following this little dust-up, Kratos and Atreus must decide what role, if any, they’re going to play in the Norse apocalypse — and, in a bittersweet metaphor for reaching adulthood, their decisions take them on separate paths. This means both are playable, as they each go on their own journey of discovery, complete with separate companion characters and skill sets.

There’s a theme of destiny — not just whether it can be changed but whether it exists at all. Atreus spends most of the game trying to discover what role his “Loki” persona will play in the fate of the world, but others point out that the only reason he’s participating at all is because he’s been told he will, a self-fulfilling prophecy. Kratos, on the other hand, abjures destiny not because he fears the future but because he fears confronting the past that led him there.

There’s something wistful about the opening parts of the game, where it becomes clear that Atreus is growing up and needs his father’s help less. The first time I went to climb a wall and Atreus didn’t leap onto Kratos’s back, I felt more than a little sad. The “boi” is growing up, and this small piece of gameplay is just a taste of what we’re going to go through the rest of the story. Kratos, like myself, spends most of the story learning to let Atreus grow and become his own person. It’s the right thing to do, but it’s still difficult for both of us.

The story plays out exceptionally well, with players seeing things from the perspective of both the headstrong, stubborn Atreus and the grim, tormented Kratos. It’s easy to see where both are coming from — and it’s incredible that the game managed to make me sympathize with Atreus, who throws what can charitably be described as a teenage temper tantrum around the game’s midpoint that completely changes the direction of the story.

Other than the two leads, the side characters — new and returning — are all done exceptionally well. These include Tyr, former god of war, broken by experience; Freya, violent and unhinged following the death of her son; Angrboda, Atreus’s adorable new partner-in-crime; and of course Sindri and Brok, who get more story focus than before. My favorite was Heimdall, who here resembles Hermes from the original series more than his mythological counterpart, both in punchable appearance and unbearably smug attitude. I loved to hate him.

For the most part, the gameplay in Ragnarök has not changed much from the previous game. It’s still the same style of combat, and Kratos still has his trusty frost axe on hand to handle any problems that might arise. However, he also has the Blades of Chaos right from the start, giving the player more combat options. He also gains a certain weapon in the second half that instantly became my favorite.

The gameplay feels much faster and crisper, for lack of a better way of putting it. Kratos’s weapons hit with more precision and power, even if their actual damage output has diminished since the end of the previous game. He’s also got more varied enemies to fight — there are the usual two-legged types, but there are also creepy-crawlies, beasties, and ghosts to add to the rogues gallery. It feels slightly closer to God of War Classic than God of War 2018.

The gameplay is balanced well between combat, puzzles and story. The environmental puzzles are more complex and varied than they were at the beginning of the last game, particularly since Kratos has two weapons at his disposal (to begin with). Sometimes the gameplay feels a little safe — it doesn’t really innovate much. I don’t necessarily think it has to, as the game’s comforting rhythm of violence and discovery is part of its charm. But still, if you weren’t a fan of the last game’s combat, this one probably won’t win you over.

One of my gripes with God of War 2018 was that it swapped out the third-person fixed hack-and-slash camera for a Last of Us-style over-the-shoulder perspective. I felt it slowed gameplay down more than I liked and made the act of fighting enemies in a broad arena tedious. As much as I like the character Mimir, I thought the solution of literally sticking a set of eyes on Kratos’ backside to call out attacking enemies blocked by perspective was a bit ridiculous.

Tragically, that darned camera is just as big a gameplay problem in Ragnarök. It remains stubbornly perched on Kratos’s shoulder like Kazooie, and the aforementioned issue of having characters call out when you’re about to get attacked from behind is still intact. In fact here, it’s even worse because we have new companion characters, so there are several more people to shout instructions to us in combat. Just pull the camera back and let me wail on the enemies like it’s my job, please.

Also, I think this should go without saying, but Ragnarok is also gorgeous. The various realms Kratos and Atreus visit look beautiful on the PS5, and the graphics and character models look even better than they did before. We visit several new realms, including Vanaheim, a lush, dangerous jungle that instantly became my favorite; and Svartalfheim, the quaint, industrialized home of the dwarves.

Remember back in the early impressions where I mentioned that God of War 2018 barely referenced the original series? I might as well be an oracle, because Ragnarok drops several references. Kratos is much less taciturn on the subject, talking freely about his past in Sparta — he even mentions his daughter Calliope and his brother Deimos. To be clear, these references are later in the game than the impressions period, but I’m happy to see this particular prediction fulfilled.

These references are more than simple gags. Kratos more directly confronts his past as an angry god-slayer and how this has affected both him and Atreus. At one point, a character even points out that, in terms of divine body count, Kratos hasn’t changed since the original games — he’s just sad about it now. It also follows the theme of self-fulfilling prophecy, as Kratos acknowledges how that played a role in his own story.

This is even incorporated into the gameplay, with some of the boss fights — one in particular that I won’t spoil — playing out more like the boss fights of the Greek series than the 2018 title. And I loved every moment of it, as the faster gameplay helped capture some of that original Kratos hack-and-slash goodness I was missing.

If I have one complaint about the story, it’s a lack of direction. In the last game, there was a definite goal and destination: Kratos and Atreus were going to scatter Faye’s ashes, and the game ended when they did that. In this one, it’s less clear what the two are trying to accomplish. At various points Atreus seems to either want to learn more about his part in Ragnarök, then at others he’s trying to avert Ragnarök. More than once, other characters comment that he has no idea what he’s doing.

Similarly, Kratos is stubbornly opposed to taking part in Ragnarök at all and yet at some points seems either resigned that it will happen or is fully willing to take part in order to protect Atreus. While these choices make some kind of sense for the characters, it makes the whole journey harder to follow than the previous one. The fact they spend large portions of the game separated makes the sidequesting a bit disappointing, as Kratos adventuring with another character feels wrong no matter what the game does to smooth it out.

Ragnarok has one advantage its predecessor didn’t have: The gamers playing it are more likely to know what to expect. If you were a fan of the action-heavy Greek God of War series — and here I speak from experience — the slower, more story-driven procedure of the Norse title was culture shock. So when I say Ragnarok is very much like the previous game, you know what you’re going to get.

The story of God of War Ragnarök may not be as straightforward as it was in God of War, but that’s to its credit. It’s messy and complicated, but that makes the emotional payoff all the better. The gameplay remains largely unchanged, which unfortunately does lose it some points with me, but it does feel enjoyable when the player can settle into a rhythm. God of War Ragnarök is an exceptionally good game, and if you loved the last one, you’ll almost certainly love this one too.

Sony provided GamesBeat with a review code for this product. God of War Ragnarok launches on November 9, 2022 on PlayStation 5 and PlayStation 4. 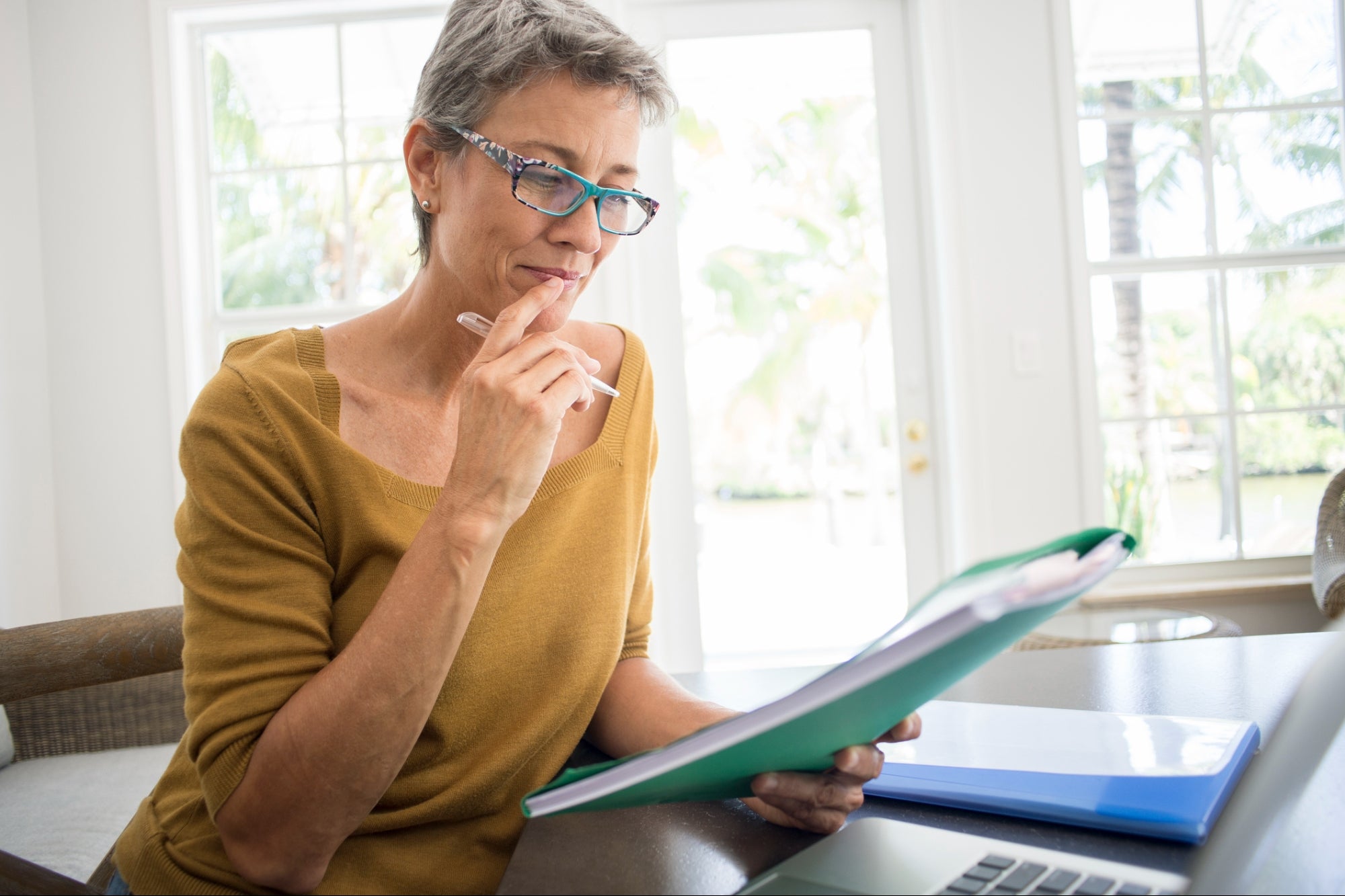 Opinions expressed by Entrepreneur contributors are their own. As inflation rises, financial… 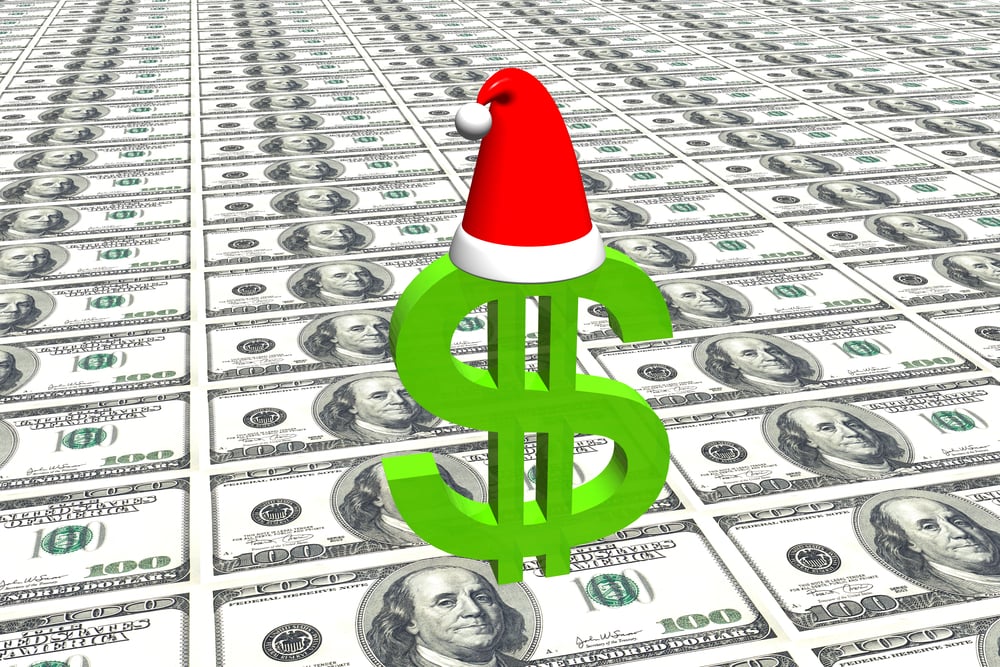