In 2021, Ghislaine Maxwell was found guilty on five of the six counts related to her role in Jefferey Epstein’s sexual abuse of children over the course of 10 years. The ex-partner of the disgraced financier is now serving out a significant prison sentence and as the subject of Netflix’s new miniseries Filthy Rich, many viewers will be wondering where Ghislaine Maxwell is now.

From 1994 to 2004, the former British socialite helped Epstein lure young girls into sexual relationships in New York, New Mexico, Florida and the US Virgin Islands, in what would result in a count of sex trafficking of a minor, transporting a minor with the intent to engage in criminal sexual activity and three related counts of conspiracy. She was sentenced to 20 years in prison. Epstein himself was facing charges of sex trafficking and conspiracy, accused of trafficking dozens of girls, some as young as 14, and engaging in sex acts with them. But he rather infamously, and depending on who you ask, contentiously, died by suicide in jail in April 2019, and escaped facing the consequences of his actions. But his protégé did. Read on to find out about where Ghislaine Maxwell (pronounced “gee-lane”) is now.

Where is Ghislaine Maxwell now?

Where is Ghislaine Maxwell now? Ghislaine Maxwell is inmate number 02879-509 at FCI Tallahassee, a low-security federal correctional institution in Florida, the state in which the majority of her crimes took place. She will not be eligible for release until August 2037. Since Maxwell’s arrest in July 2020, she was previously held at the Metropolitan Detention Center in Brooklyn, New York, where Epstein was found dead. In her time at the MDC, Maxwell made over 100 complaints about her “reprehensible” living conditions, according to The Times. It was alleged she was deprived of water and given food infested with maggots, as well as having a torch light shined in her eyes every 15 minutes to ensure she had not taken the same route as Epstein.

She was moved to her current prison on July 25, 2022 to begin her 20-year sentence. According to Zoukis Consulting Group, a prison consulting firm, the all-female inmates at FCI Tallahassee can participate in yoga and various apprenticeships, like baking, horticulture and painting. “Due to the inmate population’s age being so young, I would peg it as a 5 to 7 out of 10 for safety. It’s not 100 percent safe, but the staff manages it very well,” one inmate told Zoukis. Another inmate stated, “Everybody can walk [in the yard], even women who killed their children or other people’s children. Nobody cares. And nobody cares about informants either.”

There are conflicting reports as to how Maxwell met Epstein, but the widely accepted narrative is that her father, Robert Maxwell, introduced her to Epstein in the late 80s. They did have a romantic relationship for several years, and in a 2009 deposition, one of Epstein’s former house managers testified that Maxwell was his “main girlfriend” starting around 1992. In a 2017 lawsuit, one accuser called Maxwell “the highest-ranking employee” of Epstein’s enterprise of procuring and sexually exploiting young girls. In affidavits and other court filings, Maxwell was accused by three women of recruiting young women for Epstein and training them for sex. Two of the women have alleged that Maxwell, together with Mr. Epstein, sexually assaulted them, according to the filings, per the Wall Street Journal.

Throughout the course of their relationship, Epstein and Maxwell called a number of very powerful men their acquaintances, including former president Bill Clinton, Prince Andrew and former president Donald Trump. “I’ve met her numerous times over the years, especially since I lived in Palm Beach, and I guess they lived in Palm Beach. But I wish her well, whatever it is,” Trump said in a White House briefing in 2020, according to Politico. Both Trump and Clinton say they broke off all contact with Epstein a decade or more ago, and Trump has reportedly claimed he banned Epstein from Mar-a-Lago.

Andrew’s royal titles were stripped in 2022 due to his connection with the convicted sex offender. He has faced scrutiny in recent years due to his alleged relationship with Epstein, and accusations by Virginia Roberts Giuffre, a victim of Epstein’s sex trafficking ring. Giuffre claims she was sexually assaulted multiple times by Prince Andrew in London and on a private Caribbean island owned by Epstein, who died in prison in August 2019. Renewed interest in these allegations was sparked after Giuffre filed a lawsuit against Andrew in the state of New York, which he settled out of court. In an interview with the BBC in November 2019, Andrew said he “regretted” his connection to Epstein but had no memory of ever meeting Giuffre. “I have no recollection of ever meeting this lady, none whatsoever,” he said and has repeatedly denied any wrongdoing. He stepped back from royal life shortly after the BBC interview aired.

Ahead of Maxwell’s sentencing, several survivors either read or wrote impact statements to be read out to the court. “For a long time I wanted to erase from my mind the crimes that Jeffrey Epstein and Ghislaine Maxwell committed against me … but I’ve had to acknowledge the long-lasting effects. One of the most painful and ongoing impacts of Maxwell and Epstein’s abuse was the loss of trust in myself,” one victim, Annie Farmer, said in court, The Guardian reported at the time. “Judge Nathan, I hope when you consider the appropriate prison sentence for the role Maxwell played in this sex trafficking operation, you take into account the ongoing suffering of the many women she abused and exploited as we will continue to live with the memories of the ways she harmed us,” another survivor wrote in their statement, according to CNN. “I hope you weigh the systemic effects of the crimes she perpetrated—the ways that our family members, romantic partners, and friends have been hurt through our suffering.” Another survivor, known only as “Kate” described Maxwell as “a manipulative, cruel and merciless person” that could have stopped the abuse. “You could have put an end to the rapes, the molestations, the sickening manipulations that you arranged, witnessed and even took part in,” she said.

After the impact statements had been read out, Maxwell apologized to those victimized by Epstein and herself but fell short of admitting responsibility for her actions. “Jeffrey Epstein should have been here before all of you,” Maxwell told the court. “It is not about Epstein, ultimately. It is for me to be sentenced. I am sorry for the pain that you’ve experienced. I hope my conviction… brings you closure.” United States Circuit Judge Alison J. Nathan handed down a 20-year sentence, saying Maxwell “repeatedly, and over the course of many years participated in a horrific scheme to traffic young girls, some the age of 14”.

US attorney Damian Williams praised the judge’s decision to send Maxwell away for two decades. “Today’s sentence holds Ghislaine Maxwell accountable for perpetrating heinous crimes against children. This sentence sends a strong message that no one is above the law and it is never too late for justice,” he said. “We again express our gratitude to Epstein and Maxwell’s victims for their courage in coming forward, in testifying at trial, and in sharing their stories as part of today’s sentencing.”

It took the jury—six women and six men—40 hours of deliberation over six days to determine Maxwell’s guilt in Manhattan federal court. Following the guilty verdict, Damian Williams, the Manhattan US attorney, said in a statement: “A unanimous jury has found Ghislaine Maxwell guilty of one of the worst crimes imaginable: facilitating and participating in the sexual abuse of children. Crimes that she committed with her longtime partner and co-conspirator, Jeffrey Epstein.” He continued: “The road to justice has been far too long. But, today, justice has been done. I want to commend the bravery of the girls, now grown women, who stepped out of the shadows and into the courtroom,” William also said. “Their courage and willingness to face their abuser made this case, and today’s result, possible.”

Per the Netflix summary, Ghislaine Maxwell: Filthy Rich “goes beyond the headlines of the Ghislaine Maxwell case to tell the definitive story of Epstein’s mysterious accomplice, illuminating how her class and privilege concealed her predatory nature.”

Ghislaine Maxwell: Filthy Rich is available to stream on Netflix.

The timing of Jeffrey Epstein’s suicide? Convenient, alleges bestselling author Dylan Howard with Melissa Cronin and James Robertson in Epstein: Dead Men Tell No Tales. Epstein was a billionaire and close confidant of presidents and other powerful men. But while he was flying around the world in his private jet or hosting parties on his private island, he was secretly luring young girls into a sex trafficking ring. Read new bombshell revelations and never-before-seen court files in this excellent example of investigative journalism.

Our mission at STYLECASTER is to bring style to the people, and we only feature products we think you’ll love as much as we do. Please note that if you purchase something by clicking on a link within this story, we may receive a small commission from the sale. 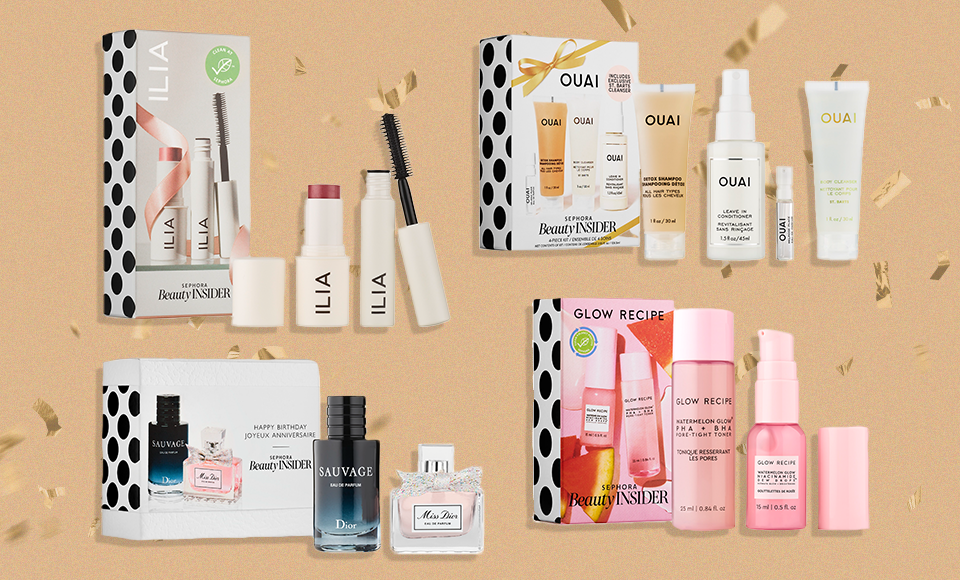 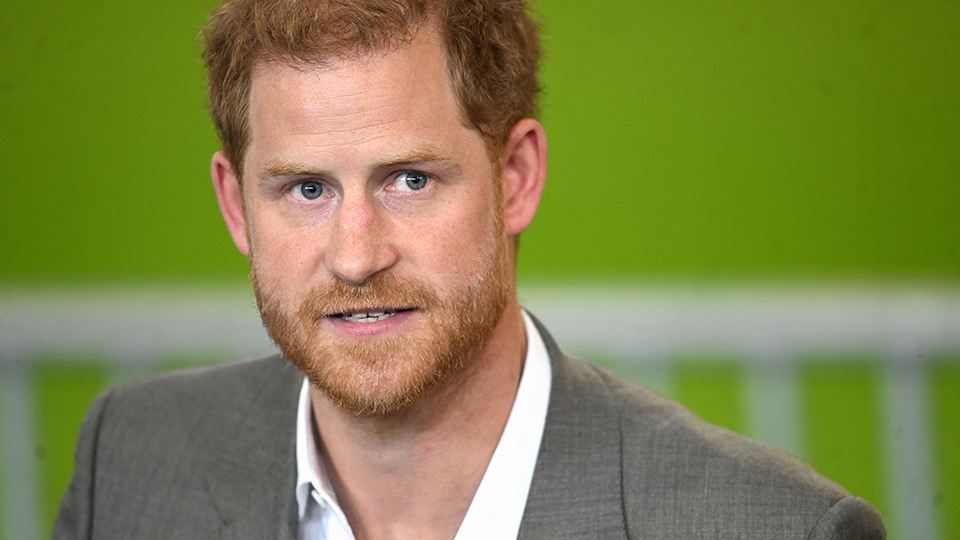 After making headlines with several leaks from the book, many Royal fans… 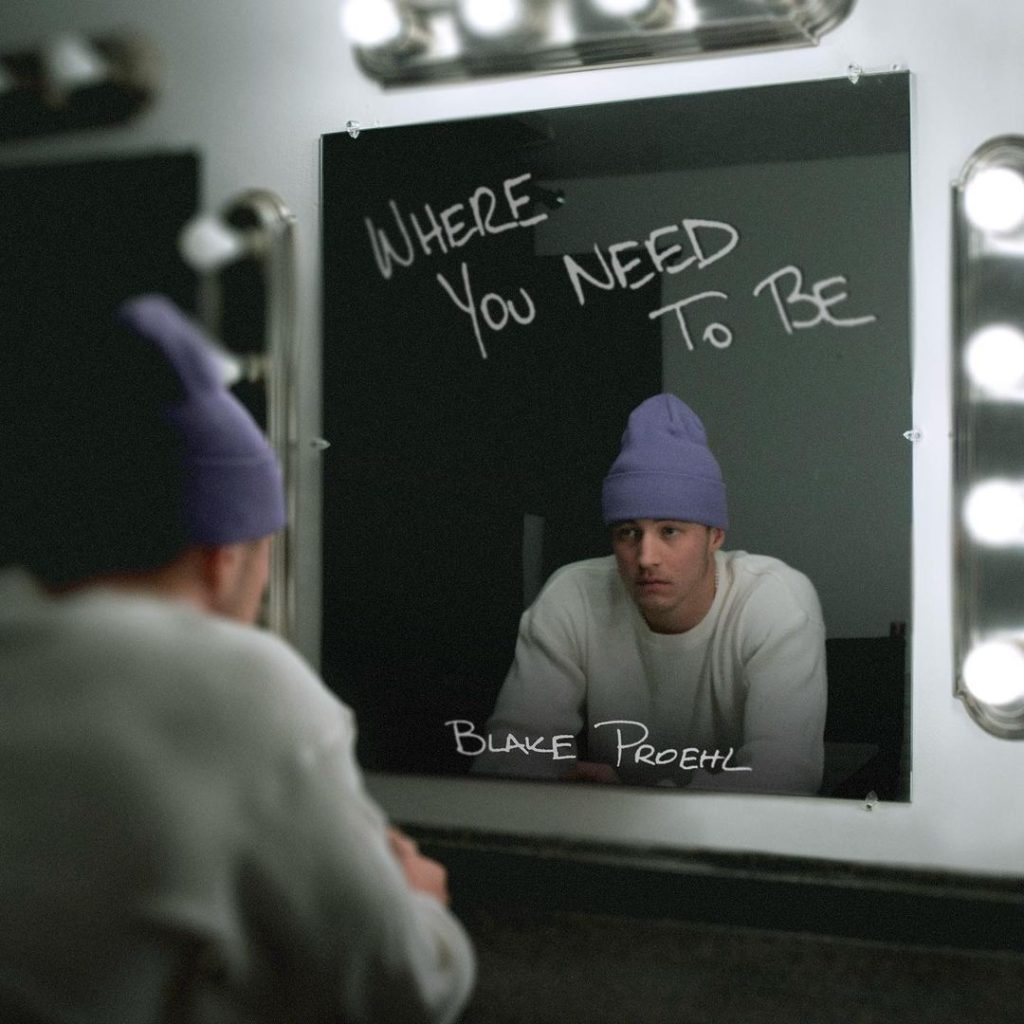