For stomach pain and other IBS symptoms, new apps can bring relief

A new treatment approach helps people with IBS symptoms like stomach pain, bloating and diarrhea find relief through a combination of dietary and stress management strategies.

A new treatment approach helps people with IBS symptoms like stomach pain, bloating and diarrhea find relief through a combination of dietary and stress management strategies.

If you have unexplained episodes of diarrhea, constipation or gastrointestinal distress you could be one of the more than 25 million people in the U.S. with irritable bowel syndrome.

For relief, your doctor may steer you toward a new kind of treatment that integrates diet change with tools to work through the stress that often triggers symptoms.

Rather than relying only on medications that mask symptoms, doctors are prescribing a combination of diet counseling with therapies, such as cognitive behavioral therapy, mindfulness and even hypnotherapy. (They will first run tests to rule out conditions such as colitis, Crohn’s or celiac disease.)

“There has been a real sea change in terms of managing patients,” says William Chey, a gastroenterologist at the University of Michigan who has documented the benefits of integrative care. “The doctor has become an educator, somebody to help the patient to understand how he or she can help themselves.”

But most gastroenterology practices don’t have a registered dietician, psychologist or stress-management professional on staff, so finding this integrative treatment isn’t easy.

To fill in the gaps, doctors have started to recommend virtual support – apps – that let people access stress management and dietary strategies, on their own at home. Some apps are FDA authorized and require a doctor’s prescription; others can be downloaded on your own.

Here’s what to know about the science behind the integrative approach and how the new apps work.

A miswiring of the brain-gut connection

Let’s start with the basic re-set in thinking about IBS. It’s not just a problem of the gut. Scientists now know that disturbances in the way the nervous system, brain and gut interact can cause changes that trigger or worsen IBS symptoms, including stomach pain, bloating, diarrhea and constipation.

“There’s a continuous feedback loop between the brain and the gut,” explains Suzanne Smith, a nurse practitioner at UCLA’s Integrative Digestive Health and Wellness program. Information flows along the vagus nerve, which connects brain to gut, so what’s happening in the mind affects the gastrointestinal system.

Smith says stress and anxiety can increase sensations of pain in the body and disrupt the GI system. When you feel an unpleasant sensation in the body, “it’s registered as a threat, and the stress response is mounted,” she says. “That gets that negative feedback loop going.”

In a crisis – if your arm is broken – this amped up pain response is useful. It signals you should get help. But if there’s nothing structural to be treated, which can be the case with IBS, the heightened stress response is a problem, and can keep us stuck in the nervous system’s fight-or-flight mode. Every cramp or stomach sensation can register as a threat. The brain and the gut are talking, but it’s almost as if the brain is misinterpreting the signal.

Quiet the nervous system with mindfulness and relaxation techniques

A pillar of the integrative approach and many of the apps is to help patients limit anticipatory anxiety, and halt the feedback loop that can amplify the unpleasant feelings and sensations associated with IBS symptoms.

Mindfulness techniques can help patients tamp down the anxiety linked to their symptoms by learning to foster awareness of the present moment. In 2020, a study of patients who participated in an 8-week Mindfulness Based Stress Reduction course found that 71% of the patients had robust improvements in their GI symptoms.

“There was a significant improvement in quality of life and overall well-being,” Smith says.

The program includes various tools to help get patients to cultivate awareness and calm, including body scans, breathing exercises, or walking meditation.

It may raise eyebrows but hypnosis is another technique shown to help quiet the nervous system. New apps deliver specifically gut-directed hypnotherapy, including Meta Me (which requires a prescription) and Nerva, which people can purchase and download without a prescription. One small study found that about 70% of patients using Nerva had significant improvement in symptoms.

It’s not at all like what you’d see in the movies. There’s no pendulum swinging in front of your face. Gut-directed hypnotherapy combines relaxation techniques with suggestions and guided imagery to help reset communication between the gut and the brain.

When John Mastro, 38, of Melbourne, Australia, first heard about gut-directed hypnotherapy he was experiencing frequent bouts of GI distress that made him hesitant to join in normal day-to-day activities. “There was this sort of anxiety around the idea of leaving home, you know, the symptoms would just suddenly appear,” Mastro recalls.

Doctors had ruled out serious conditions and suggested stress could be a factor, but Mastro wasn’t convinced.

“I just sort of refused to believe that, hey, this could be some form of anxiety that’s triggering,” he recalls, though he was under a lot of stress running a business. He says using the Nerva app helped him understand the connection.

How hypnosis can calm IBS symptoms

Hypnosis can address “the hypervigilance and hypersensitivity that happens in patients that have irritable bowel syndrome,” explains Megan Riehl, a GI clinical psychologist at the University of Michigan who has been offering patients gut-directed hypnotherapy for several years.

“Our brain and our gut are communicating all the time. And if you’re somebody that has a digestive problem, it’s like the communication is turned up way too high,” she says. Hypnosis “helps calm that conversation down.”

The technique usually starts with taking some long, slow breaths, to activate the parasympathetic nervous system, followed by a type of body scan.

“You visualize, say, your chest relaxing or your stomach relaxing, your intestines relaxing,” says Ron Berli, 75, one of Riehl’s patients who lives in Grosse Pointe Park, Michigan. “You’re not into a deep sleep. I would call it just a deep relaxation. It’s almost like sitting in a hot tub.”

What distinguishes hypnotherapy from meditation alone is that after you’ve started to relax, a psychologist will talk you through a script. On the Nerva app, it’s a calming, mellifluous voice actor reading the script.

“Powerful changes are happening inside your body. Imagine the sensations of abdominal pain are becoming a thing of the past,” the soothing voice intones.

The voice tells you to imagine that you’ve been welcomed into an apothecary, where smells of herbs and concoctions fill the air. A pharmacist has made an imaginary special medicine just for you. You’re told it will create comfort and that it will soothe the line of communication between your mind and your gut.

“You’re put into a very calm state,” Mastro says. And the changes or “suggestions” articulated in the 15-minute sessions start to feel real, he says.

The app also includes short readings that distill the science of the gut-brain connection into easy-to-understand bits. Mastro says he came to understand how he was changing his physiology, activating the parasympathetic nervous system, which slows down the heart rate, lowers blood pressure and improves the digestive process.

“It’s been nothing but transformative,” Mastro says. He rarely has symptoms now, and when he does, he says he feels equipped to dial them back using the techniques he’s learned.

There’s a lot of overlap between hypnosis, meditation, mindfulness based stress reduction and CBT, or cognitive behavioral therapy, which has a deep body of scientific research behind it. The basic gist of CBT is that it helps people identify the connection between their patterns of thinking, their emotions and their actions. And the goal is to recognize and alter their patterns of negative thinking.

CBT has been shown to help people overcome insomnia and poor sleep, and researchers are studying its effect on IBS too.

The idea is to help patients learn to “re-train” their thought processes to develop a more positive way of thinking, less likely to trigger stress.

For instance, if you’re hesitant to go out to eat because you’re worried about having a bathroom emergency, CBT can help break the cycle of catastrophic, negative thoughts. A more realistic assessment of the situation is to realize that if you did sense an urgent need to have a bowel movement, you could excuse yourself to the restroom.

There are now apps to deliver IBS-tailored CBT. Mahana is authorized by the FDA for the condition and requires a doctor’s prescription. Depending where you live, you can get a consult and prescription from within the app for a fee. Zemedy from Bold Health is another CBT-based digital app that has been shown to be effective in a small trial.

The benefit of the technique goes well beyond controlling symptoms of CBT. By developing more positive thoughts, CBT has been shown to improve overall mental health.

Changing what’s on the menu is another key tool for people to manage IBS.

The University of Michigan has had a dedicated GI nutrition program since 2007. “When I started to talk about diet as an important part of treating patients with IBS at that time, people literally laughed at me,” Chey says. “But now almost every gastroenterologist accepts that diet is an important part of the solution.”

The FODMAP diet has gained the most attention from researchers. FODMAP stands for fermentable oligosaccharides, disaccharides, monosaccharides and polyols — and the diet requires elimination or reduction of certain foods known to commonly cause gut distress, including gluten, lactose, excess fructose (found in some fruits and corn syrup) as well as certain nuts, beans and starchy vegetables.

Studies show somewhere between 52% to 86% of participants report significant improvement in their symptoms after following the diet, including reduced gas and bloating.

Researchers at Monash University in Australia explain that the FODMAP diet is based on the understanding that certain compounds in our diet can’t be completely digested or absorbed, so they can end up in the large intestine where they’re fermented by gut bacteria. This leads to gas and bloating.

“I saw the benefits almost within the first week,” says Karen Beningo of Northville, Mich., who was treated at the University of Michigan. After she started the FODMAP diet she found her energy level improved significantly. “The distension and the bloating went away very quick,” she says.

After following the diet strictly, she’s now added some foods back to her diet. She knows gluten is a trigger, so she remains gluten-free and avoids onions, broccoli and Brussels sprouts, as well as some nuts. The diet helped her learn what her triggers were.

“It was only through calming down my system and then reintroducing [them] that I pretty much confirmed, yeah, I’ve got a problem with those things,” she explains.

Following a rigorous diet takes a lot of awareness – luckily there’s an app for this one. Monash University has this FODMAP app that can help people follow the diet, detailing which foods, in which amounts, are ok, and which ones should be avoided.

Editor’s Note: Portions of this story were originally published in April 2022.

Weight Loss: How to Lose Weight Safely on HIV Treatment … 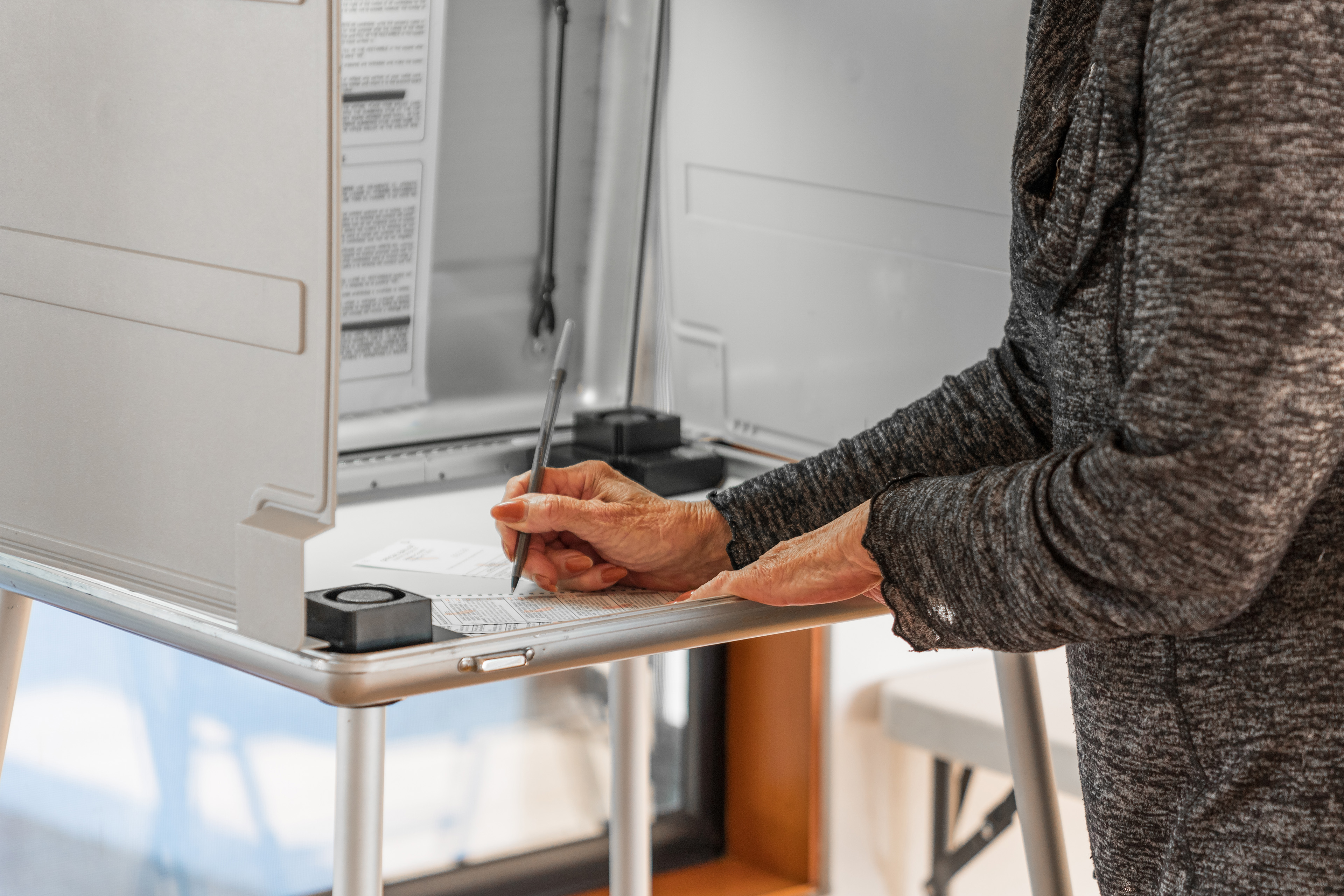 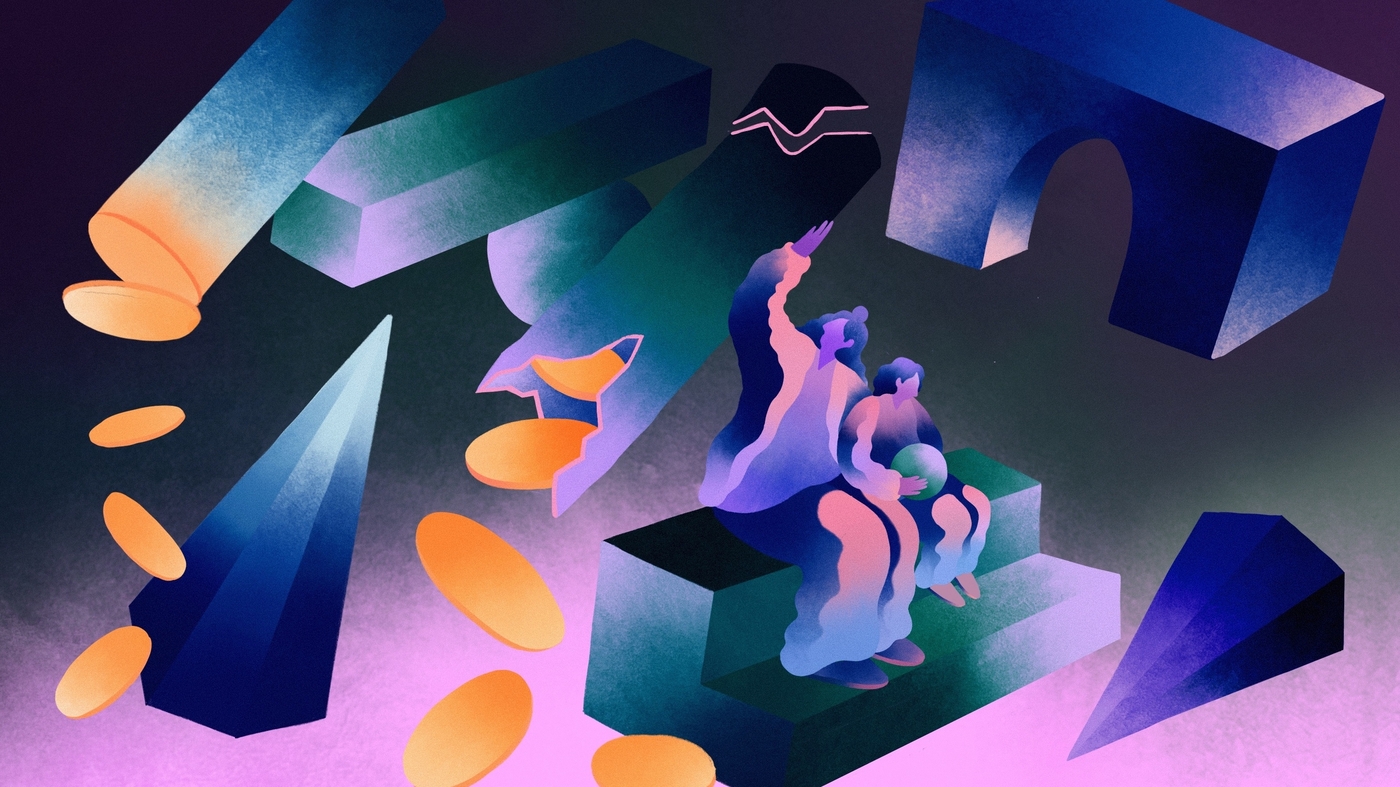 By Jackie McDonald, as told to Hallie Levine About 25 years ago,…

By Rosalind Dorlen, PsyD, as told to Hallie Levine Depression and anxiety…