Lawrence Talej was ready to buy his first house.

It was late 2019, and Talej, then a 26-year-old software developer, had saved up for a down payment while living with his parents in a suburb near Richmond, Virginia. After looking at a few houses in the area, he won out on a nearby home for $315,000 — right at the asking price. But before he could officially become a first-time homeowner, an inspection revealed the house needed as much as $40,000 worth of repairs. He decided to back out of the contract. Better deals would come around, he thought.

Now Talej wishes he’d bought the home after all. The surge in home prices during the COVID-19 pandemic meant that by the time he jumped back into the market during the summer of 2021, it was too late. The median price for a home in his ZIP code had risen by more than $100,000.

For first-time homebuyers like Talej, the outlook has never been bleaker. The double whammy of skyrocketing home prices and surging interest rates has pushed homeownership further out of reach, while a decade of underbuilding has left the latest generation of hopeful owners with fewer options and stiffer competition for listings.

This unfortunate combination means first-time buyers are waiting longer to purchase homes and winning out with less frequency than ever before. Between June 2021 and June 2022, the typical first-time homebuyer was 36 years old, the highest median age since the National Association of Realtors started surveying buyers in 1981. And during that year, first-time buyers accounted for just 26% of all home purchases, the lowest percentage ever, according to the NAR.

It’s clear that the pandemic has exacerbated inequalities in the housing market, forging a greater divide between those who already own their home and those who are still searching for that opportunity. And while there may be some short-term relief on the horizon, housing advocates worry that without some sort of large-scale intervention, the long-term obstacles for first-time buyers will continue to mount.

Meanwhile, would-be buyers are stuck with the feeling that they’ve been locked out of the market entirely. Talej, who’s now 29, summed up his cohort’s position with a grim acknowledgement: “We’re royally screwed.”

The profile of the typical first-time homebuyer has dramatically shifted over the past few decades — and even more so in the years since the housing-market meltdown in 2008. The most recent NAR data indicates the new face of first-time homeownership is older, richer, more likely to be unmarried, and more likely to be moving right from their parents’ home.

Perhaps the most striking shift is the age of new homebuyers. The median age of someone purchasing their first home in 1981 was 29. Over the next 30 years that figure barely creeped up, rising to just 30 in 2010. But in the past decade, the median age has ticked up even higher, reaching a record of 36 last year. And according to Jessica Lautz, the deputy chief economist and vice president of research for the NAR, there’s reason to believe first-time buyers will skew older for the foreseeable future. Higher mortgage rates are stretching budgets thin, while a dearth of housing inventory keeps prices elevated, meaning new buyers need to build up a larger nest egg before hopping into the market.

“It makes sense that they would have to save for a longer period of time, unless they have family help,” Lautz said.

Other changes in the typical first-time homebuyer also reflect the growing challenges of saving up for a down payment. In 2020, the median household income for first-time homebuyers reached $90,539 in inflation-adjusted dollars, the highest level since 2001 and well above the national median income for all households of $71,186. The median income for repeat buyers also peaked at $117,753 that year. Median incomes for both first-time buyers and repeat buyers fell in 2021, to $71,000 and $96,000. But Lautz told me that the drop didn’t necessarily mean that more homes became accessible to people with lower incomes — rather, the people who ended up being able to make their first purchase were buying in markets that were cheaper in the first place.

“We see more buyers in small towns, outer suburban areas, rural areas, and those are more affordable areas overall where a buyer can purchase on a lower income,” Lautz said.

More new buyers are also delaying traditional life milestones like getting married or moving out of their parents’ house. Unmarried couples accounted for 18% of first-time buyers between June 2021 and June 2022, the highest share recorded by the NAR, up from 4% in 1985 and 12% in 2010. And many of today’s hopeful homebuyers are trying to build up their savings by living in their childhood bedrooms longer: 27% of first-time buyers in the NAR’s most recent survey moved directly from a family member’s home into the home they purchased, the highest percentage recorded and up from 15% in 1989.

This gap mirrors the astonishing divide between white and Black homeownership rates, which is now larger than it was in 1960. Last year, 43.5% of Black households owned their home, compared with 74.6% of white households, according to the US Census Bureau. That gap — 31 percentage points — is 2 points higher than it was more than six decades ago.

The ‘haves’ and the ‘have nots’

Housing-market experts say the reasons for these shifts come down to one major thing: affordability. The jumps in age and income, and even the racial disparities, reflect the brutally high barriers to entry for today’s housing market. The typical down payment for a home more than doubled during the pandemic, reaching a peak of $66,000 in May 2022, according to Redfin.

Waiting longer to purchase your first home may not be entirely a bad thing. Older people tend to be more financially stable and have a clearer idea of what they want for the long term, Danielle Hale, the chief economist at Realtor.com, told me. But for better or worse, homeownership remains the most popular form of building wealth for most American households. A delayed home purchase can mean missing out on years that could have been spent amassing equity. “The ability to build that housing wealth over a lifetime really does shrink,” Lautz told me.

With more people delaying their first-home purchases, the wealth gap between people who own a home and those on the outside of ownership will only grow. Over the past decade, the average homeowner has accumulated $210,000 in equity, according to the NAR.

These trends only compound the bad economic news for millennials, who make up the majority of today’s first-time buyers. Many members of the generation have suffered a series of setbacks including the Great Recession and the pandemic in their adult lives, and they’ve accumulated more student debt and less wealth than previous generations as a result. Now the housing market is doing them no favors. In the decade after the housing crash, builders started construction on roughly 21,000 single-family homes per 1 million people each year, barely half as many as they were building in each of the three decades prior. The underbuilding, combined with the sheer size of the millennial generation, created an extreme housing crunch as many in the cohort aged into their prime homebuying years. That leaves millennials and subsequent generations in a precarious position.

“They’re scared they’re not going to be able to ever afford a home. They’re scared there won’t be homes for them by the time they get there,” said Wendy Gilch, the founder of Selling Later Search and the host of the podcast “The Real Estate Replay,” in which she shares cautionary tales from buyers and sellers. “They just feel abandoned.”

Hope is a fickle thing

There’s some slight relief on the horizon for first-time homebuyers. The recent escalation in mortgage rates is making home payments more expensive, but it also means the bidding wars that defined the pandemic-era housing boom are now much less common. Buyers who can stomach higher borrowing costs are finding they may no longer have to put in outrageous offers and waive inspections in order to have a chance of landing a home.

Many housing experts have also predicted that cooling demand could result in home-price declines this year, which could ease affordability concerns for buyers. But available homes, particularly the lower-priced starter homes that so many first-time buyers rely on, remain scarce. Homebuilders, who were ramping up construction when demand was hot during the first two years of the pandemic, are now pulling back in the face of recession fears, which will only deepen the shortage.

Policymakers are taking note of the bleak prospects for first-time homebuyers. In 2021, House Democrats introduced two bills that aim to level the playing field: the First-Time Homebuyer Act, which would offer a tax credit equal to 10% of the purchase price of a home up to $15,000, and the Downpayment Toward Equity Act, which would issue grants of up to $25,000 for first-time buyers. The latter has advanced to the full chamber, but both face an uphill climb in a Republican-controlled House.

Nonprofits around the country are working with potential homebuyers to provide down-payment assistance and financial education, but their work can only go so far without massive policy overhauls to aid first-time buyers.

“Without federal resources like that, it will always be a game of catch-up, and we will always be falling behind the times,” said Sunshine Mathon, the CEO of Piedmont Housing Alliance, one of these nonprofits, in Charlottesville, Virginia.

Ultimately, though, the struggles of first-time buyers reflect a fundamental disconnect in the US housing market. Shelter is a universal need, but homeowners also expect their investments to increase in value. The prospect of cheap and plentiful housing represents a direct threat to that wealth.

“If we’re just relying on the unrestricted markets around homeownership costs, frankly, it will be out of reach for young people and for many communities of color in perpetuity,” Mathon said.

‘The dynamic is broken’

I first spoke with Talej, the Richmond-area would-be homebuyer, in December. Three years had passed since he backed away from the $315,000 home in his area — a steal by today’s standards, even if it needed tens of thousands of dollars’ worth of repairs. He couldn’t shake the feeling that an opportunity like that wouldn’t come around again.

“The dynamic is broken for the foreseeable future,” he told me. “I don’t see it going back anytime soon.”

About a month later, we talked again, and he had an update: He had just gone under contract on a three-bedroom house for $385,000. It was pricier than the home he almost bought in 2019, and it needed another $10,000 worth of work. But it was in an area with a good school district, about five minutes from his parents’ place.

For Talej, the pending purchase is a bittersweet conclusion to his homebuying journey. Despite finally winning out on a home, he said he felt no more optimistic about the state of the housing market than he did a month ago. He attributes his success mostly to luck: The seller needed to make a deal quickly and was willing to cut down the original asking price of $419,000, at a time of year when sales are typically slower. Take away those circumstances, and Talej isn’t sure where he would have ended up.

“I have a sinking feeling,” he said, “that had I not moved on this one, it would be more of the same nonsense.”

James Rodriguez is a senior reporter for Insider. 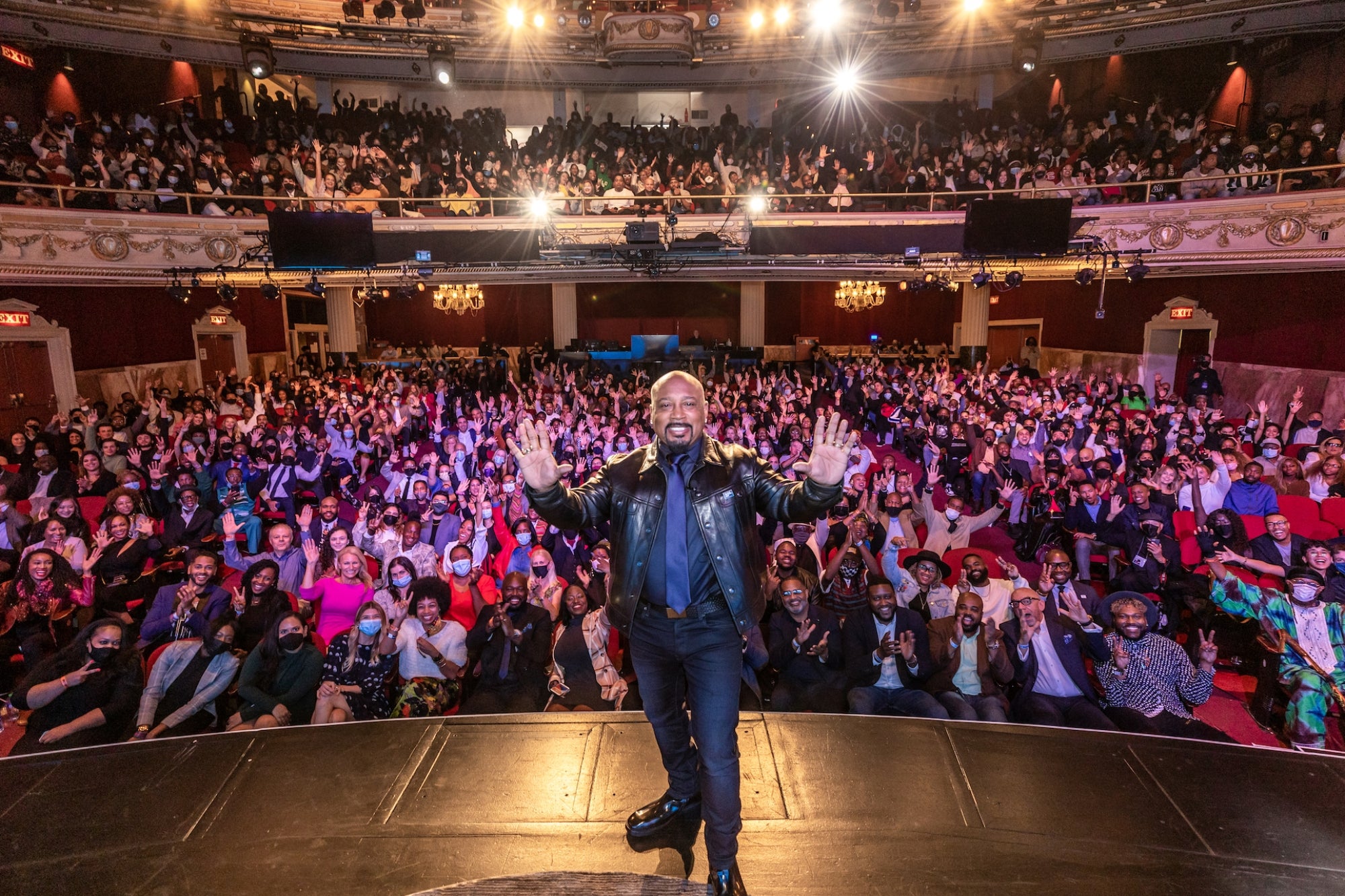 3/3 © Reuters. FILE PHOTO: An aerial view of Lake Powell is… 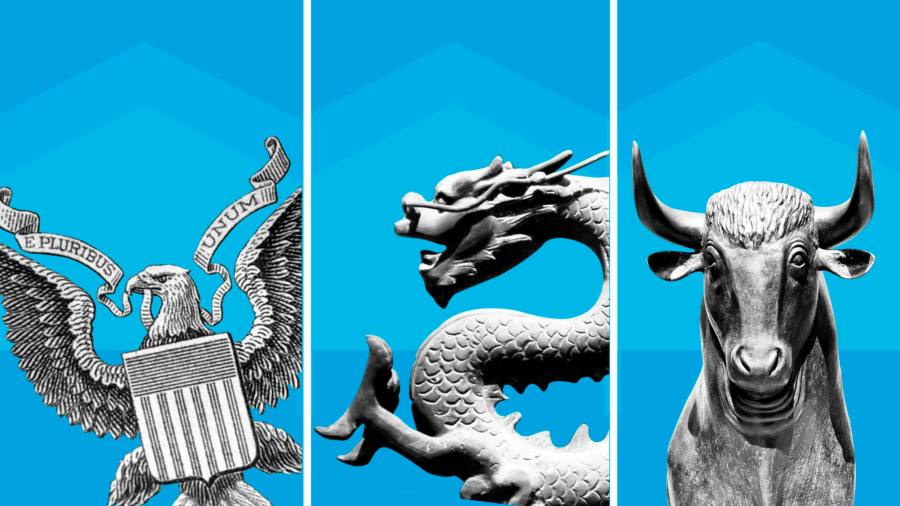 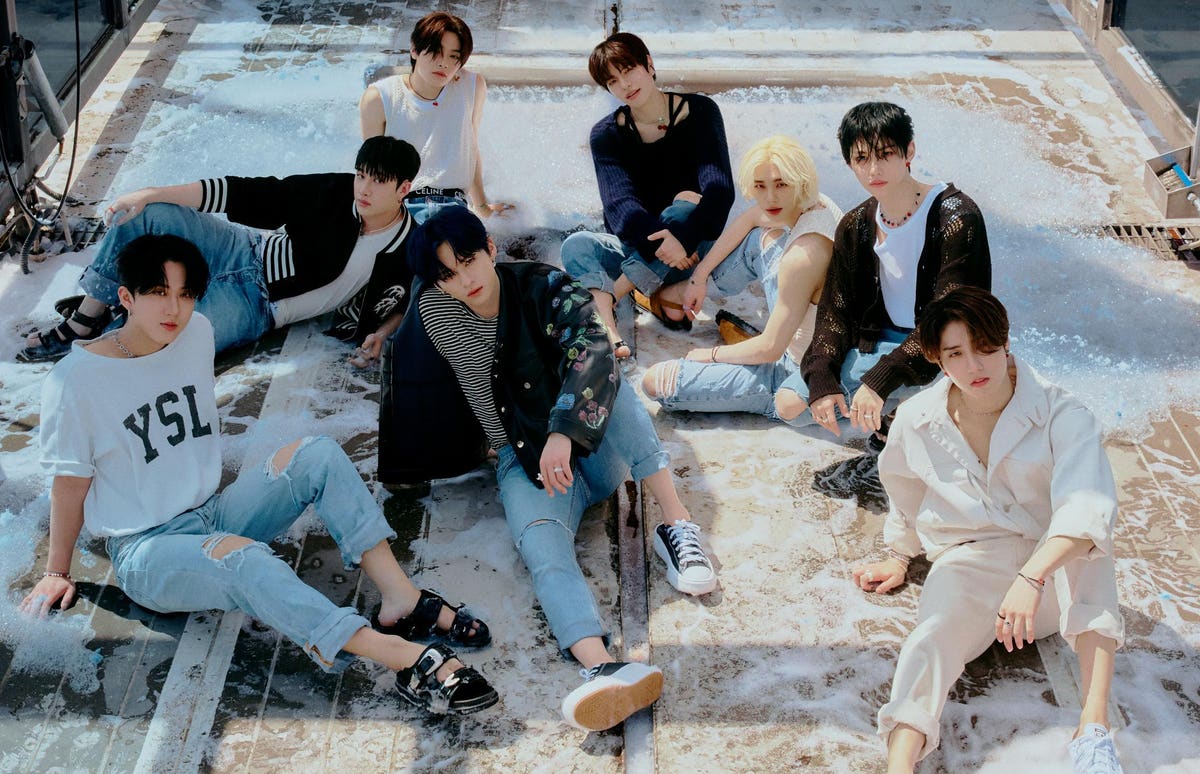