Congress Awards Highest Honor to Officers Who Protected the Capitol on Jan. 6

WASHINGTON — Lawmakers on Tuesday formally recognized law enforcement personnel who protected the Capitol during the Jan. 6, 2021, attack with the highest honor of Congress, granting officers from the Capitol Police and the Metropolitan Police Department the Congressional Gold Medal for their service guarding the complex as pro-Trump rioters waged a deadly assault.

Members of the Capitol Police and the Metropolitan Police force gathered in the Capitol Rotunda as Speaker Nancy Pelosi, Democrat of California, bestowed the award, proclaiming that the officers were in a “pantheon of patriots” for their actions that day.

The award came nearly two years after supporters of President Donald J. Trump stormed the Capitol while Congress was meeting to certify Joseph R. Biden Jr.’s victory, disrupting the count of electoral votes, brutalizing police officers and sending lawmakers and the vice president fleeing for their lives. One officer, Brian D. Sicknick, died after sustaining injuries during the riot, and four others died by suicide in the aftermath.

At the Capitol on Tuesday, Gladys Sicknick, Officer Sicknick’s mother, refused to shake hands with the Republican leaders who were present to mark the awarding of the medal, Representative Kevin McCarthy of California and Senator Mitch McConnell of Kentucky, whom she called “two faced” because of their continued loyalty to Mr. Trump.

Understand the Events on Jan. 6

“I don’t want to give them any credit,” she said in an interview. “They don’t deserve any credit. They’re going to leave here today, get on a plane, go down and see Trump and kiss his ring.”

The three other officers and family members who went up to receive the award also declined to shake hands with either Republican leader.

Mr. McConnell led the effort to block the creation of an independent commission to scrutinize the Jan. 6 attack. Mr. McCarthy has fought the select committee that Democrats formed to investigate the riot at every turn, and he is now threatening to use the new House Republican majority in the next Congress to investigate the panel itself. And while Mr. McConnell laid responsibility for the riot at the feet of the former president, Mr. McCarthy has glossed over Mr. Trump’s role as his party has worked to downplay, deny or distort what happened.

In his remarks on Tuesday, Mr. McCarthy thanked the honorees for their service, but spent most of his address offering gratitude to law enforcement in general.

The Jan. 6 attack exposed major deficiencies within the Capitol Police and plunged the department into crisis, even as its traumatized and demoralized work force has faced increasing threats to lawmakers and the Capitol complex.

On Tuesday, officers in attendance appeared teary-eyed and gave standing ovations throughout the ceremony as speakers recalled the devastating obstruction and violence that unfolded on Jan. 6.

“For many of our officers, today’s ceremony is the first time they have returned to the Capitol,” Chief Robert J. Contee III of the Metropolitan Police said. “Many of us still carry the physical, mental and emotional tolls.”

Senator Chuck Schumer, Democrat of New York and the majority leader, recounted how officers had whisked him out of danger on Jan. 6, dragging him by his jacket as he came within 30 feet of the pro-Trump mob.

The award dates back to the 1700s, when the Continental Congress bestowed the first gold medals with the purpose of expressing the highest degree of gratitude for contributions and patriotism.

Four Congressional Gold Medals were issued and will be on display at the Smithsonian, the Capitol and the headquarters of the Capitol Police and the Metropolitan Police Department, according to the legislation that extended the honor.

Representative Liz Cheney, Republican of Wyoming and the vice chairwoman of the Jan. 6 committee, said the ceremony was “fitting” and “important,” adding that the speeches “captured what happened here and the sacrifices that so many members of law enforcement made.” 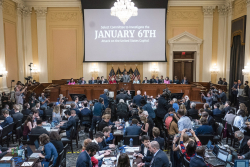 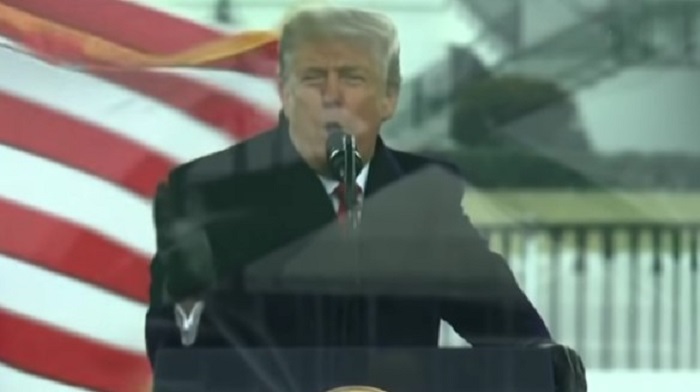 Joe Biden’s mental capacity is so concerning, even liberal radio shows are…

In three cases last term, the constitutional concepts of history and tradition…