President Biden, campaigning for an embattled Southern California Democratic congressman, argued that Tuesday’s election will have ramifications for generations on the future of the nation.

“It’s going to shape our country for decades to come,” Biden told a few hundred supporters in a community college gym in Oceanside. He acknowledged that politicians frequently call elections the most important in their lifetimes, but that this year is truly different.

Biden plugged Rep. Karen Bass’ mayoral campaign in Los Angeles as he took the stage for Rep. Mike Levin, whose district straddles Orange and San Diego counties. The congressman and environmental attorney is in one of the nation’s tightest contests at a time when Democrats are struggling against forecasts that they will lose control of the House in Tuesday’s midterm elections.

“This guy delivers,” Biden said of Levin. “He lowers costs for families, caring for our veterans, protecting the environment. These are a big deal; rebuilding efforts, protecting Social Security and Medicare — and he’s fighting to protect democracy. Look, we need to reelect Mike.”

The congressman, along with Gov. Gavin Newsom, Rep. Scott Peters (D-San Diego), San Diego Mayor Todd Gloria and members of the military greeted Biden on the tarmac at Marine Corps Air Station Miramar before the president headed to MiraCosta College in Oceanside to rally voters less than a week before the election.

Levin praised the administration’s work on COVID-19 relief, lowering insulin costs for seniors and improving services for veterans. But he argued that it was imperative for Democrats to not only go to the polls but to turn out other voters so he and others in his party could work on inflation, gun control and protecting women’s reproductive rights.

“Democracy is not automatic, like gravity or the sun rising. Democracy only happens when people like all of you in this room make it happen. We’ve got to make it happen. Our democracy and our life as we know it in this country are on the ballot. That’s what we’re fighting for.”

Biden’s appearance with Levin shows the importance of holding California’s 49th District, as Democrats try to retain control of the House. And it made more sense for Biden to appear alongside Levin than Democratic candidates in other parts of the state, such as the Central Valley, where there are two districts rated toss-ups by the nonpartisan Cook Political Report, said Rose Kapolczynski, a longtime advisor to former Sen. Barbara Boxer.

“A lot more of your audience in the Central Valley is going to be Republicans or more moderate Democrats, and you really don’t want to go some place and rev up the Republican base,” she said.

With voters grappling with the high cost of gasoline and groceries — issues key for many constituents in Levin’s commuter-heavy district — Biden’s approval ratings remain low, at 40%, according to a recent Reuters-Ipsos poll.

“The other dynamic is Levin is an incumbent and a priority to protect,” Kapolczynski said.

The race between Levin and Republican Brian Maryott, an ex-Wells Fargo executive and former San Juan Capistrano mayor, is also rated a toss-up by Cook.

Biden won the 49th District by more than 11 points in 2020, but Democrats have a scant 2.9-percentage-point advantage among registered voters in the remapped district.

Biden’s campaign swing comes as he and other prominent politicians, including former Presidents Trump and Obama, are fanning out across the country to energize supporters in the most competitive and critical races.

On Saturday, Biden, Trump and Obama are all scheduled to campaign in the battleground state of Pennsylvania, where there’s a tight race to replace a termed-out Democratic governor and where progressive Lt. Gov. John Fetterman is battling Trump-endorsed Republican Mehmet Oz for an open Senate seat crucial to control of the chamber. Biden, Trump and Obama have also campaigned in recent days in Arizona, Nevada, Florida, Georgia, Michigan and Wisconsin, among other states.

Biden touched upon foreign affairs during his appearance in northern San Diego County. A member of the crowd shouted the name of Brittney Griner, the WNBA star and Olympic gold medalist detained in Russia since February and sentenced to nine years in prison for having a small amount of cannabis oil in her luggage.

“I’m trying to bring her home,” Biden said. “I’ve been talking with Brittney’s wife and I’ve been in constant contact. We are not giving up.”

Iran is in the midst of popular unrest prompted by the death of Mahsa Amini, 22, while in the custody of the country’s so-called morality police. Biden continued: “They’re gonna free themselves pretty soon.”

Before he traveled on to California on Thursday, Biden campaigned in New Mexico for Gov. Michelle Lujan Grisham, who is narrowly outpolling her GOP challenger.

In remarks at a Democratic rally and an Albuquerque community college, Biden sought to remind voters of his administration’s accomplishments, including nominating the first Black woman to the U.S. Supreme Court, pardoning individuals convicted of federal marijuana possession and forgiving some federal student loan debt.

Biden said he would ban assault weapons and pass a law to protect access to abortion nationwide if voters help expand Democrats’ majorities in Congress.

Biden sought to dispel worries about a potential economic downturn, touting low jobless numbers and high numbers of exports. But voters’ outlook on the economy has darkened. In a late October poll from the Wall Street Journal, 71% of those surveyed said the American economy is going in the wrong direction, while 54% thought Biden’s policies had a negative effect on the economy.

The Federal Reserve has to make substantial progress on curbing inflation, Jerome Powell, the central bank’s chair, said this week, leaving investors worried that a recession is on the horizon.

Economic anxiety has given Republicans an edge in many congressional races, polls indicate. GOP candidates have cast Biden as ill-equipped to steer the nation away from a recession and have rejected his upbeat view of the economy.

“Biden wants to brag about the economy but families know better,” tweeted Ronna McDaniel, chairwoman of the Republican National Committee. “57% of Americans say their financial situation is getting worse — that’s nothing to brag about.”

Biden took care to highlight his plan for student loan debt forgiveness. In August, he announced he would cancel up to $10,000 for some borrowers and up to $20,000 for Pell Grant recipients. During remarks at Central New Mexico Community College in Albuquerque, Biden said about 26 million borrowers had already filed applications with the Department of Education for debt relief.

Republicans have criticized Biden’s debt cancellation plan on the campaign trail, telling voters that it would add to the national debt and exacerbate inflation. At the community college, Biden said Republican outrage over the plan was “wrong” and “hypocritical,” noting that many GOP lawmakers had millions of dollars in pandemic-era loans forgiven by the federal government.

Mehta reported from Los Angeles and Logan from Oceanside and Albuquerque. 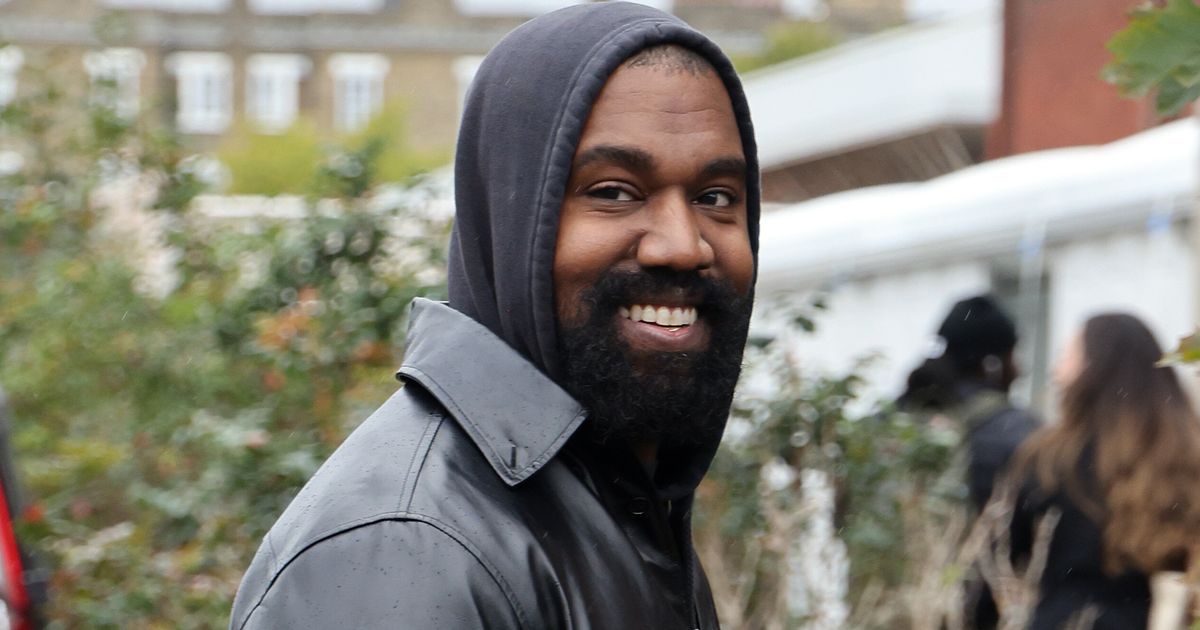 Kendall Jenner, pack it up, because Kanye West is the new model… 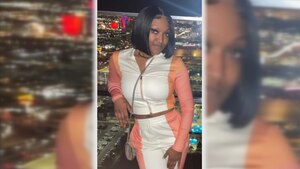 An arrest warrant has been issued in the death of Shanquella Robinson,… 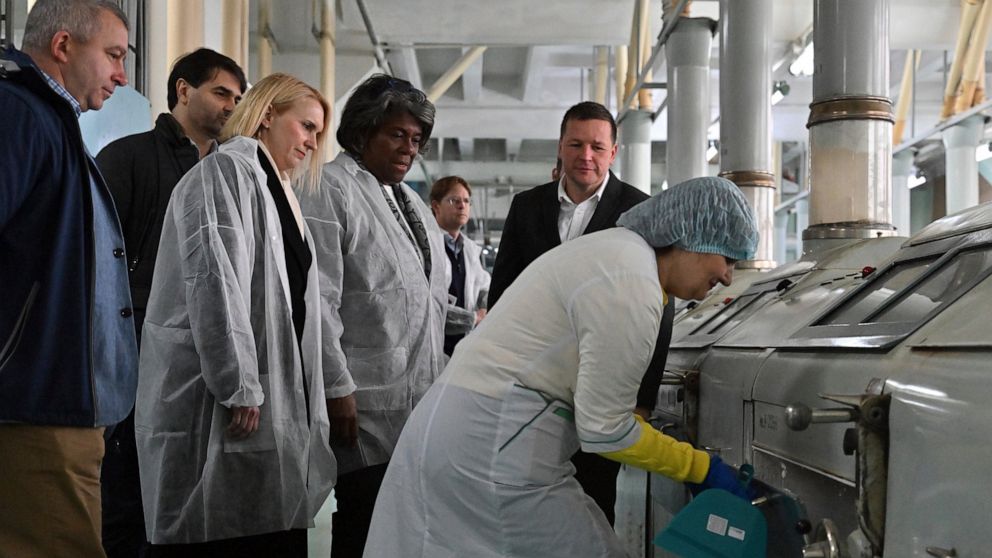 VALDOSTA, Ga. — A Mexican bakery will be turning out more bread… After nearly three years of COVID-19 emergency restrictions, landlords will once again…