72 of the Best Johnny Depp Quotes to Inspire You Today

Johnny Depp, famous for his portrayal of strange and eccentric characters such as Captain Jack Sparrow and Edward Scissorhands, is undoubtedly one of the most popular stars in Hollywood. Growing up, Johnny Depp faced many hardships and before he became a big thing in Hollywood, he used to make ends meet by selling pens and having odd end jobs. Today, he is rated as one of the most successful actors in Hollywood. Johnny can only go up from here!

Today, we will share with you some of the best inspiring Johnny Depp quotes on love, life and success.

1. “One day the people who didn’t believe in you will tell everyone how they met you.”

3. “Do what you really want to do. Don’t Play their game! Don’t do what they want. Find your own way.”

5. “Just keep moving forward and don’t give a shit about what anybody thinks. Do what you have to do for you.”

6. “I think everybody’s weird. We should celebrate our individuality and not be embarrassed or ashamed of it.”

7. “Success doesn’t change you, it reveals you.”

8. “Not all treasure is silver and gold, mate.”

10. “Me, I’m dishonest, and you can always trust a dishonest man to be dishonest. Honestly, It’s the honest ones you have to watch out for.”

11. “If you love two people at the same time, choose the second one because if you really loved the first, you wouldn’t have fallen for the second.”

14. “We’re all damaged in our own way. Nobody’s perfect. I think we’re all somewhat screwy. Every single one of us.”

19. “I just try to stay in a constant state of confusion just because of the expression it leaves on my face.”

22. “My sickness is that I am fascinated my human behavior, by what’s underneath the surface, by the word’s inside the people.”

23. “You gotta be careful: don’t say a word to nobody about nothing anytime ever.”

24. “There is a drive in me that won’t allow me to do certain things that are easy.”

25. “There are four questions of value in life… What is sacred? Of what is the spirit made? What is worth living for, and what is worth dying for? The answer to each is the same. Only love.”

26. “Love is not blind. It simply enables one to see things others fail to see.”

27. “I like the challenge of trying different things and wondering whether it’s going to work or whether I’m going to fall flat on my face.”

28. “They say the world used to be bigger. The world’s still the same–there’s just less in it.”

29. “I think, as an actor, it is good to feel the fear of failing miserably. I think you should take that risk. Fear is a necessary ingredient in everything I do.”

31. “If you choose to lock your heart away, you’ll lose it for certain.”

33. “I started out printing silk screen t-shirts. I sold ink pens. I worked construction. I worked at a gas station. I pumped gas. I was a mechanic for a little bit. I went into sewers, down into sewer lines. I had a lot of somewhat unpleasant gigs for a time there.”

34. “I don’t think it’s anything you ever get used to… for many years, I could never sort of put my name in the same sort of category as the word ‘famous’ or anything like that. And I just found it very uncomfortable… if you get used to it, then something must be wrong.”

35. “If someone is being bullied or feels like an outsider, and they relate to something that I’ve done, even if it’s just igniting a spark, that’s great. I had that feeling as a kid. I was messed with no end.”

36. “I’m just an actor, and if I can leave something behind that my kids will be proud of, then that’s what I want. I don’t want my kids to be embarrassed by anything I’ve done.”

38. “I think, as an actor, it is good to feel the fear of failing miserably. I think you should take that risk. Fear is a necessary ingredient in everything I do.”

39. “I’ve never felt particularly ambitious or driven, that’s for sure, although I like to create stuff, whether it’s a little doodle, a drawing, a small painting or a movie or a piece of music, so I suppose I’m driven by that.”

40. “I have known plenty of people who, in their later years, had the energy of children and the kind of curiosity and fascination with things like little children. I think we can keep that, and I think it’s important to keep that part of staying young. But I also think it’s great fun growing old.”

41. “Simplicity – that’s what I want. It’s been a rare commodity for me for a number of years, but I enjoy being able to hang out with my girl, read the newspaper, and sit back and start to read a book by someone I admire.”

42. “You use your money to buy privacy because during most of your life you aren’t allowed to be normal.”

43. “As a teenager, I was so insecure. I was the type of guy that never fitted in because he never dared to choose. I was convinced I had absolutely no talent at all. For nothing. And that thought took away all my ambition too.”

44. “I am doing things that are true to me. The only thing I have a problem with is being labeled.”

49. “I don’t trust anyone who hasn’t been self-destructive in some way. Who hasn’t gone through some sort of bout of self-loathing? You’ve got to bang yourself around a bit to know yourself.”

50. “Things in life are not always as they seem. When you listen, for instance, to someone talking, there is another voice beneath his words..even if you hear clearly what he is saying, the real truth is much deeper.”

51. “I just don’t know if movies can ever be considered art, because there’s so much money involved… It’s all about commerce. I don’t think art can come from that place.”

52. “I don’t think anybody’s necessarily ready for death. You can only hope that when it approaches, you feel like you’ve said what you wanted to say. Nobody wants to go out in mid-sentence.”

53. “I’m having too much fun today to worry about tomorrow.”

54. “When I see someone who just follows their dream and succeeds, and just does basically what they want to do and doesn’t have to answer to anyone, obviously not harming anyone, that’s great.”

55. “Money doesn’t buy you happiness, but it buys you a big enough yacht to sail right up to it.”

56. “Laugh as much as you breathe and love as long as you live.”

57. “One of the greatest pieces of advice I’ve ever gotten in my life was from my mom. When I was a little kid there was a kid who was bugging me at school and she said “Okay, I’m gonna tell you what to do. If the kid’s bugging you and puts his hands on you; you pick up the nearest rock.”

58. “I think everybody’s weird. We should all celebrate our individuality and not be embarrassed or ashamed of it.”

60. “Love is one of the hardest words to say and one of the easiest to hear.”

61. “The only creatures that are evolved enough to convey pure love are dogs and infants.”

65. “Most people are really nuts and that’s fascinating to me.”

67. “It’s important to keep challenging myself and try to come up with some new face every now and again.”

68. “I just watched cartoons for three years, and that had a strong effect on me.”

69. “Ugliness is better than beauty. It lasts longer and in the end, gravity will get us all.”

70. “I’m an old-fashioned guy… I want to be an old man with a beer belly sitting on a porch, looking at a lake or something.”

71. “I was poisoning myself with alcohol and medicating myself. I was trying to numb things. I was trying not to feel things, and that’s ridiculous. It’s one of the dumbest things you can do, because all you’re doing is postponing the inevitable. Someday you’ll have to look all those things in the eye rather than try to numb the pain.”

72. “I actually tell lies for a living. Exactly. I mean, that’s what acting is, really.”

Which Johnny Depp quote is your favorite and why? Comment below! 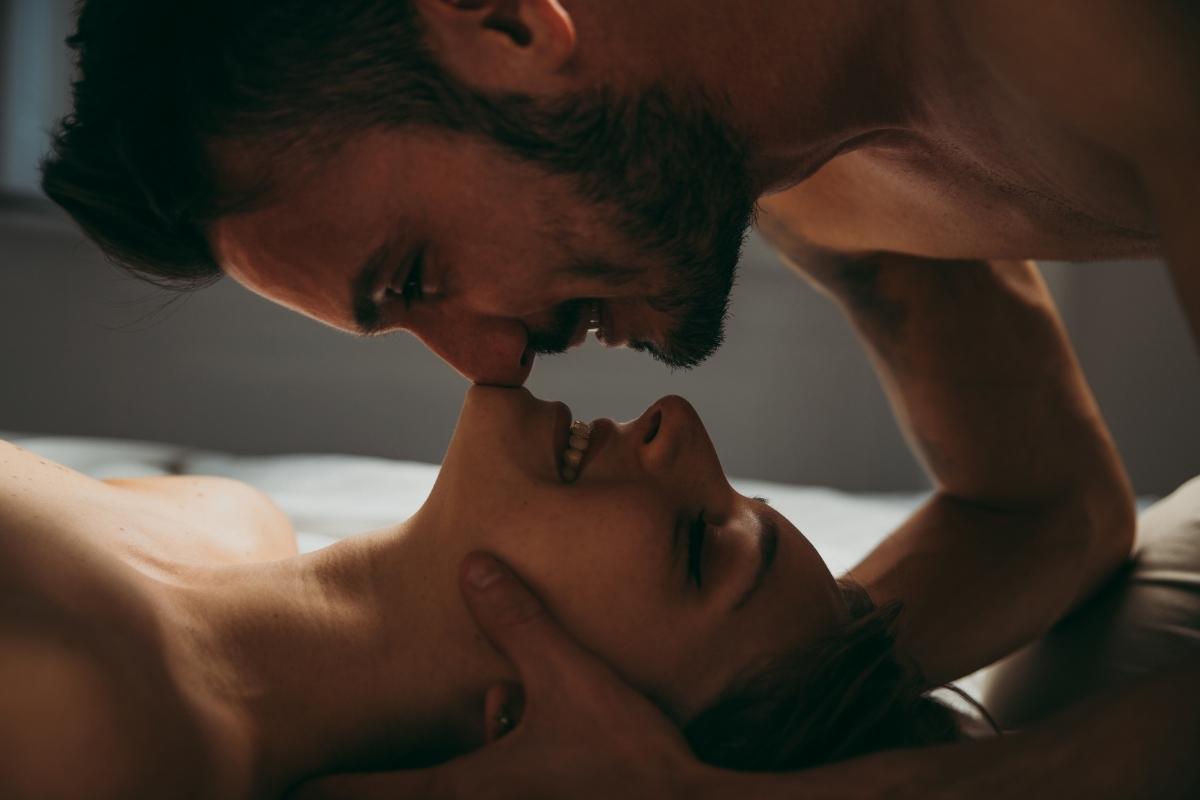 When you hear “kama sutra,” chances are, contortionist sex positions come to… 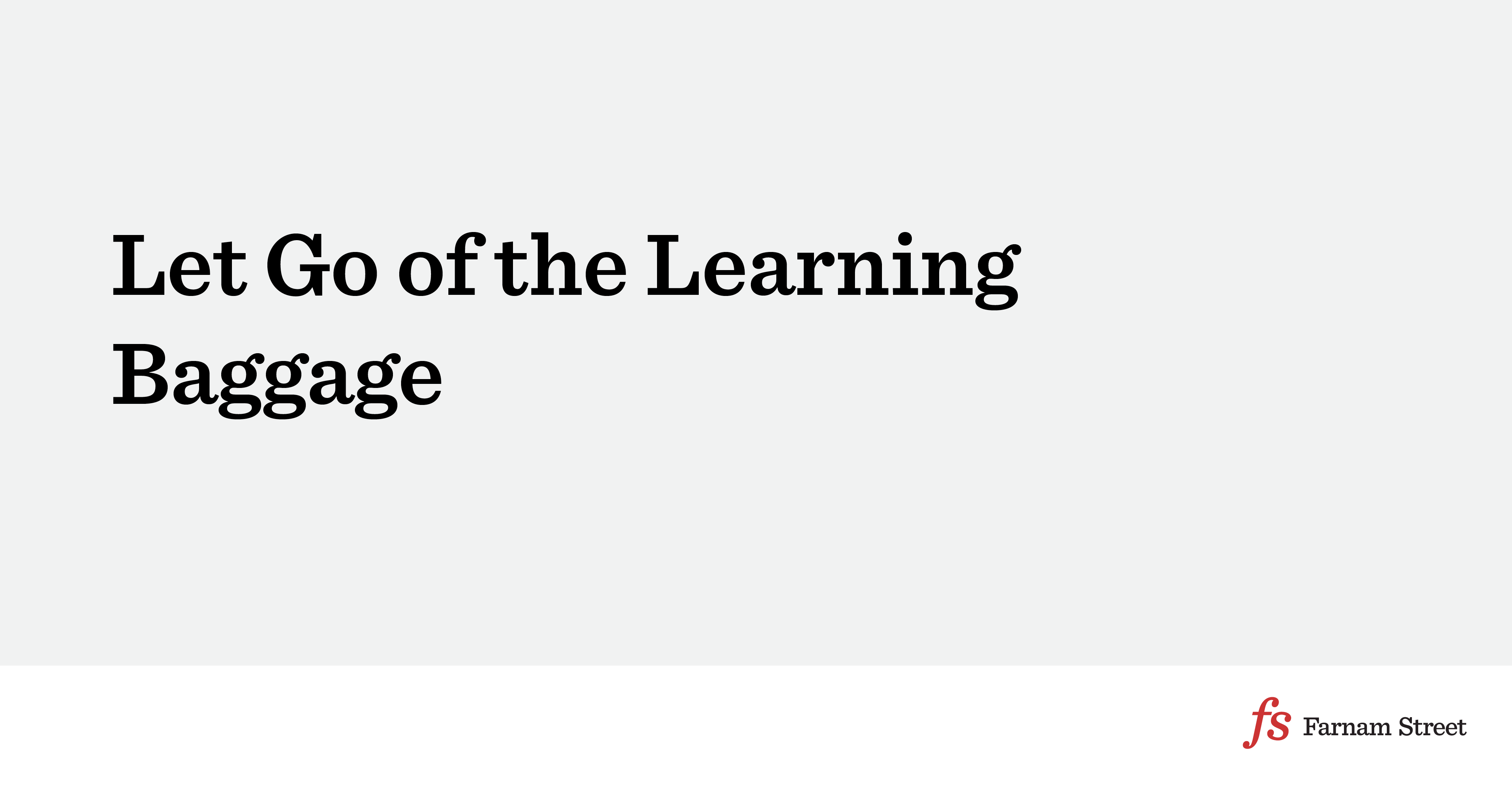 We all want to learn better. That means retaining information, processing it,… 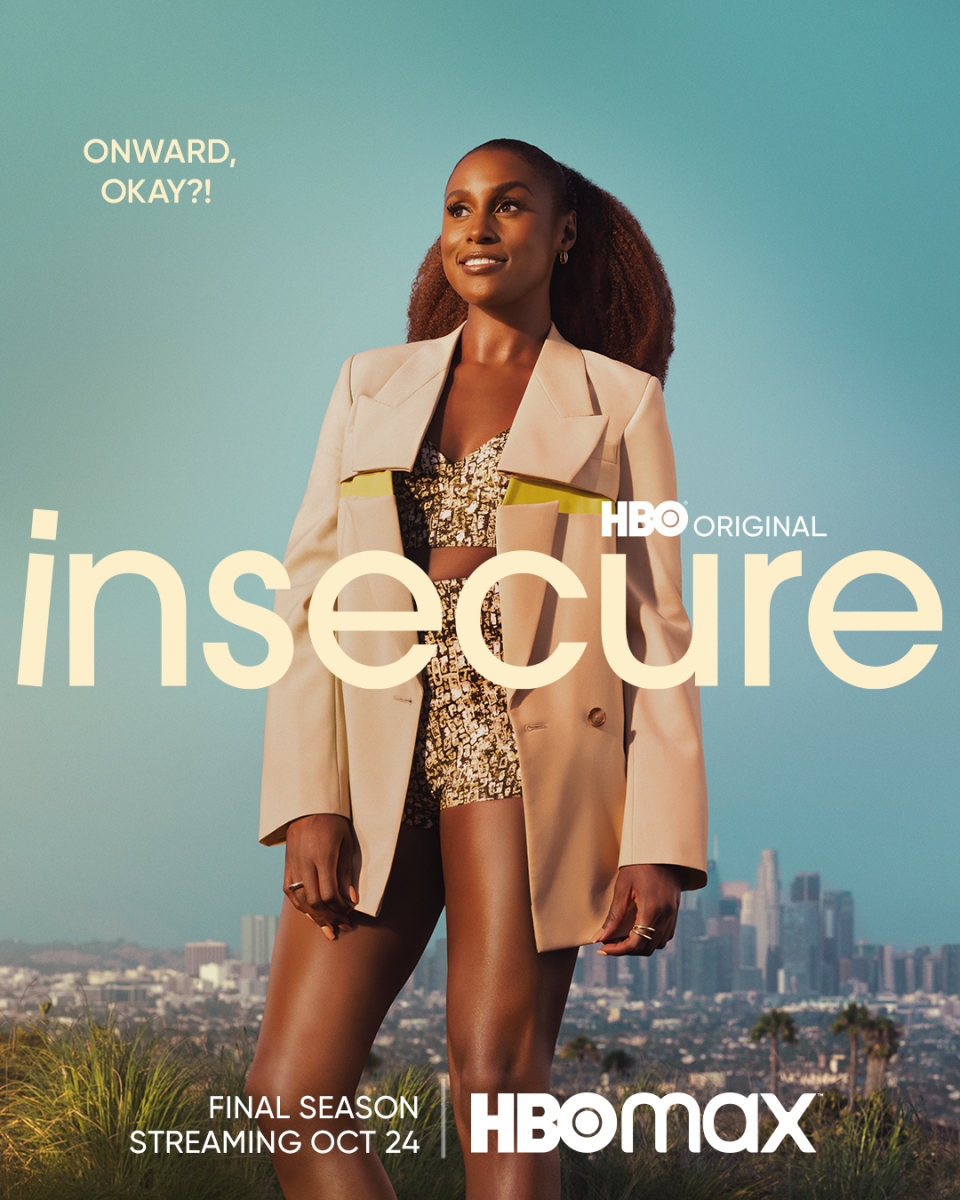 I adore the dramedy “Insecure” on HBO. The television series means more… 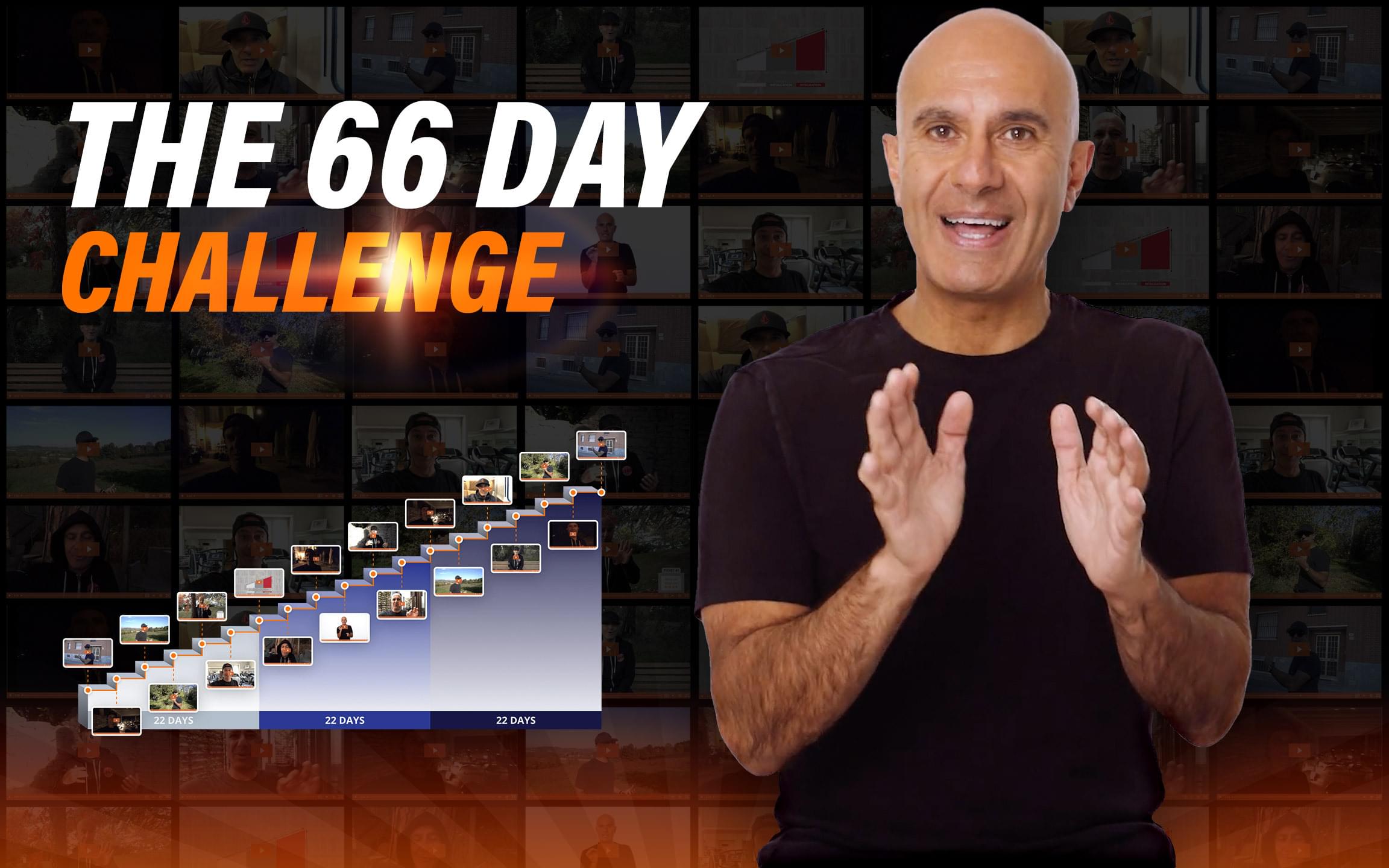 All That Matters is Who You're Becoming Source link