11 films to watch this December

11 films to watch this December

Including Brendan Fraser’s Oscar-tipped performance in The Whale, James Cameron’s Avatar sequel and “a cross between Die Hard and Miracle On 34th Street” – Nicholas Barber lists this month’s unmissable releases.

Jean-Pierre and Luc Dardenne have always written and directed urgent dramas about social injustice, but Tori and Lokita is “the angriest movie the Dardenne brothers have ever made”, says David Ehrlich at IndieWire. The film’s teenage heroes, played by Pablo Schils and Joely Mbundu, are African immigrants who live in a shelter in Belgium. They’re battling to avoid being deported, and they have to deliver drugs to pay off a gang of people traffickers, but they are sustained by their bravery, their quick wits, and their unbreakable friendship – for a while, anyway. “Never before have these implicitly political filmmakers so nakedly allowed a moral parable to burn into the stuff of mad-hot polemic,” says Ehrlich. “Its premise pulls tighter until even the simplest actions are endowed with breathless intensity.”

Released on 2 December in the UK

Damien Chazelle’s fascination with the golden age of Hollywood shone through his biggest film, La La Land, but the writer-director goes further in Babylon, a sprawling comedy drama that gives the film business of the 1920s and 1930s the full Boogie Nights treatment. It’s a wild cavalcade of sex-and-drugs-fuelled orgies featuring Brad Pitt as a boozy movie star, Margot Robbie as a cocaine-addled starlet, Diego Calva as a studio assistant, Jovan Adepo as a jazz trumpeter, and Jean Smart as a ruthless gossip columnist. They are all fighting for a place in “this makeshift society that had been built up really fast, in this kind of unbridled, reckless way,” Chazelle told Lauren Huff at Entertainment Weekly. “[Babylon] was a name used to describe Hollywood in those days – the idea of a sinful place, a city of decadence and depravity that was heading to ruin.”

Released on 23 December in the US and Canada, and 20 January in the UK and Ireland

3 I Wanna Dance with Somebody

In the decade since her death in 2012, Whitney Houston has been the subject of a Nick Broomfield documentary, a Kevin Macdonald documentary and a TV movie directed by Angela Bassett (who starred alongside Houston in Waiting to Exhale). All of these films focused on the singer’s relationship crises and battles with drug addiction, but the makers of I Wanna Dance with Somebody promise that their biopic, starring Naomi Ackie, is “a powerful and triumphant celebration… an inspirational, poignant – and so emotional – journey through Houston’s trailblazing life and career”. The director is Kasi Lemmons, who made 2019’s Harriet Tubman drama, Harriet, and the screenwriter/producer is Anthony McCarten, who scripted Bohemian Rhapsody, so they both know a thing or two about “powerful and triumphant” biopics.

4 If These Walls Could Sing

The Beatles made it world-famous by naming an album after it. Led Zeppelin’s Jimmy Page played the guitar there on the title song of Goldfinger. John Williams conducted his score for Raiders of the Lost Ark there. And those are just three of the many reasons why London’s Abbey Road Studios deserve a documentary to celebrate their 90th anniversary. If These Walls Could Sing features the affectionate reminiscences of Paul McCartney, Roger Waters, Elton John, George Lucas and crowds of other devotees. It’s a stellar line-up, but then, the director is Mary McCartney, a photographer who happens to be Paul McCartney’s daughter. She has “a hell of a shared Rolodex to draw upon in gathering the firsthand rock ‘n’ roll anecdotes you expect and want in a film like this,” says Chris Willman in Variety. “She’s also savvy enough to know that the guy working in the back gluing irreplaceable mid-century microphones back together deserves a few seconds of screen time, too.”

Released on 16 December on Disney+

5 Puss in Boots: The Last Wish

Puss in Boots (voiced by Antonio Banderas) was a swashbuckling, sword-swishing daredevil in the Shrek cartoons, and in his own solo film in 2011, but now the feline Errol Flynn has used up eight of his nine lives. The only way for him to restock is to find a magical wishing star, with the help of his love interest, Kitty Softpaws (Salma Hayek), while dodging the Big Bad Wolf (Wagner Moura). “He never experiences fear because he’s always so cool in every situation,” the cartoon’s director, Joel Crawford, told Total Film. “But now, he’s down to his last life, and there’s a lot of comedy that comes from him being on his back foot.” The animation has been updated to include 2D and 3D elements, much like Spider-Man: Into the Spider-Verse. But the really enticing part is that Goldilocks and the Three Bears are now Cockney gangsters voiced by Florence Pugh, Ray Winstone, Olivia Colman and Samson Kayo.

Released on 23 December in the US and Canada, and 3 February in the UK

If you’ve ever wanted to see Santa Claus snarling, “Time for some season’s beatings,” and stabbing a baddie in the eye with a star-shaped ornament, then this is the year when your Christmas wish comes true. Violent Night is an aptly titled action comedy produced by David Leitch, one of the makers of Nobody, John Wick and Atomic Blonde. David Harbour (Stranger Things, Black Widow) plays a not-so-jolly old Saint Nick. One Christmas Eve, Santa is delivering presents to a multi-millionaire’s family when a criminal mastermind (John Leguizamo) and his mercenary gang break into their mansion and take them hostage. Cue lots of over-the-top fight scenes, explosions, and jokes about who’s on the naughty list. Harbour describes the film as a cross between Die Hard and Miracle On 34th Street. Let’s ho-ho-hope he’s right.

7 Avatar: The Way of Water

It’s been 13 years since James Cameron’s Avatar was released, but at last it’s time to return to the planet Pandora, where Jake Scully (Sam Worthington) has been living with Neytiri (Zoe Saldaña) and the rest of the blue-skinned Na’vi. Why the long wait? Cameron says that he has been writing not just one sequel but four: Avatars parts three to five are due to be released between now and 2028. Overall, he promises an epic science-fiction saga of a family’s growth through the decades. “It will be a natural extension of all the themes, and the characters, and the spiritual undercurrents [of the original Avatar],” Cameron told Rebecca Keegan at Vanity Fair. “Basically, if you loved the first movie, you’re gonna love these movies, and if you hated it, you’re probably gonna hate these. If you loved it at the time, and you said later you hated it, you’re probably gonna love these.”

Released internationally from 14 to 16 December

The “corsage” of the title doesn’t refer to the flowers pinned to a prom dress, but the corsetry that squeezes Empress Elisabeth of Austria (Vicky Krieps) ever more tightly. The year is 1877, and the Empress has just turned 40. Can she retain her status as a renowned beauty and fashion icon, or should she rebel against society’s constricting expectations? Maria Kreutzer’s playfully postmodern drama recalls Spencer, Pablo Larrain’s film about Princess Diana. “The Favourite and Marie Antoinette also spring to mind when watching this formally unconventional story of an unhappy royal,” says Anna Smith at Time Out. “But Kreutzer has her own style of revisionist feminist history, and aided by Krieps’s bold and brilliant turn, it’s riveting stuff.”

9 Bardo, False Chronicle of a Handful of Truths

At the moment, directors love to make films that are blatantly about their own lives: Roma, The Fabelmans, Belfast, The Hand of God and The Souvenir are all part of the trend. Now Alejandro G Iñárritu is taking his turn. The director of Birdman and The Revenant has made a Fellini-esque comedy drama that dives into the memories and dreams of a lauded Mexican filmmaker (Daniel Giménez Cacho) as he prepares to accept a prestigious award. Three hours of navel-gazing will be too much for some viewers, but there are enough stunning, surreal sequences to make it all worthwhile. “This is deeply personal, immersive cinema,” says David Rooney at The Hollywood Reporter, “that evinces much soul-searching, about both individual and national cultural identity, creeping mortality, the price of acclaim, the conflicted heart of the returning expatriate, the porousness of time and the seductive labyrinth of memory.”

Released on 16 December on Netflix

After two Bond movies and one all-action war thriller, 1917, Sam Mendes changes pace with a gentler, more personal project: Empire of Light is the first film he has scripted himself, without any co-writers. Set in and around a fading cinema in an English seaside town in the early 1980s, Mendes’s bittersweet comedy drama tells the stories of its troubled deputy manager (Olivia Colman), her lecherous boss (Colin Firth), and a handsome new recruit (Micheal Ward) who has to deal with racist abuse. “Sam Mendes’ beautifully old-fashioned, emotional ode to cinema, and the cinemas of his youth… is a treasure worthy of its own magnificently crumbling Art Deco Screens 1 and 2,” says Fionnuala Halligan in Screen International. “Its message of love, tolerance and finding family wherever you can should make an impact in darkened rooms wherever it plays.”

Released on 9 December in the US and Canada, and 13 January in the UK and Ireland

You never know what’s going to happen at the Oscars, but it would be a major upset if Brendan Fraser didn’t snag a best actor nomination for his touching performance in The Whale, a chamber piece directed by Darren Aronofsky, and adapted from the play by Samuel D Hunter. Fraser plays Charlie, an English lecturer who is so obese that he can barely get out of his chair, let alone his apartment. Various visitors, including his loyal carer (Hong Chau) and his bitter estranged daughter (Sadie Sink), realise that if he doesn’t change his life, he will die within the week. “Fraser – in his first major role for almost a decade – imbues Charlie with warmth and optimism despite the layers of make-up, prosthetics, and video effects,” says Hannah Strong at Little White Lies. “He captures Charlie’s deep guilt and sadness around how he has lived his life, and an aching desire to love and be loved.”

Released on 9 December in the US and Canada, and on 3 February in the UK and Ireland 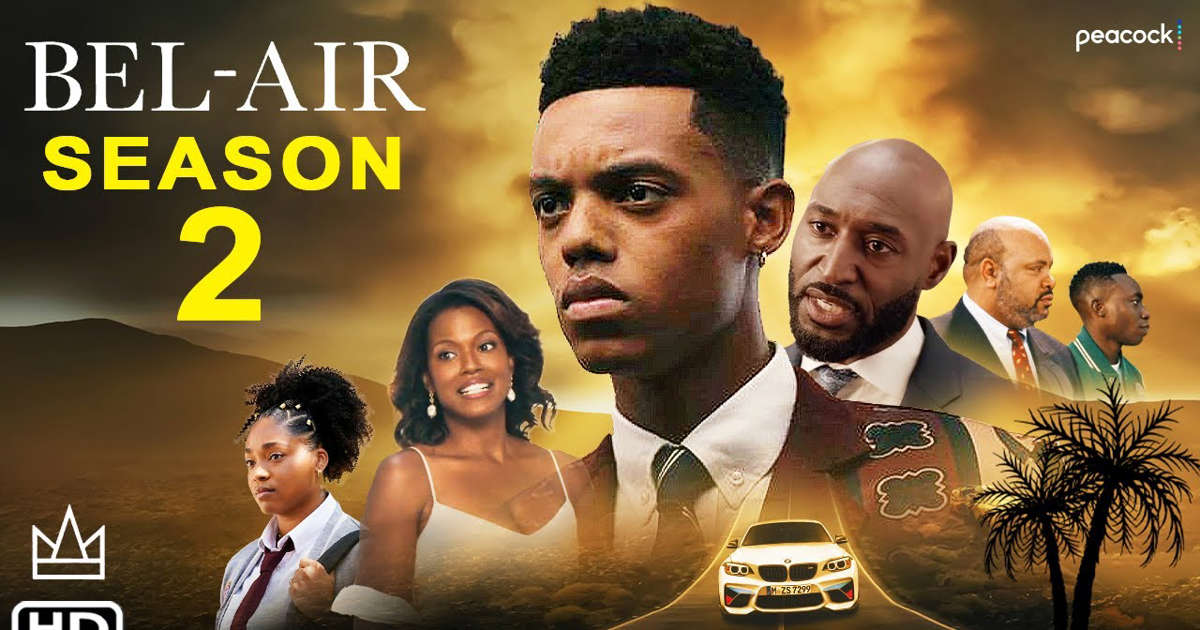 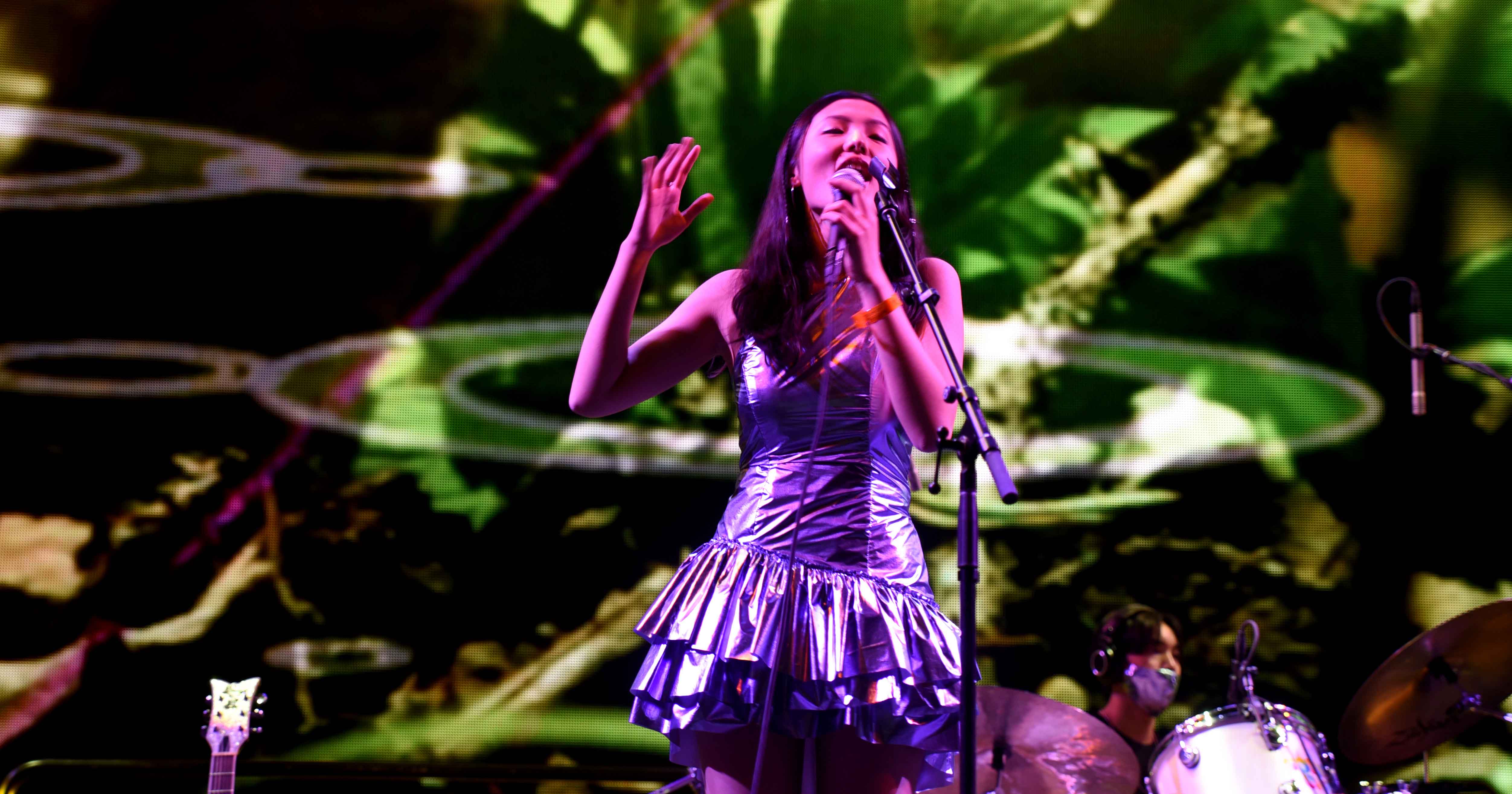 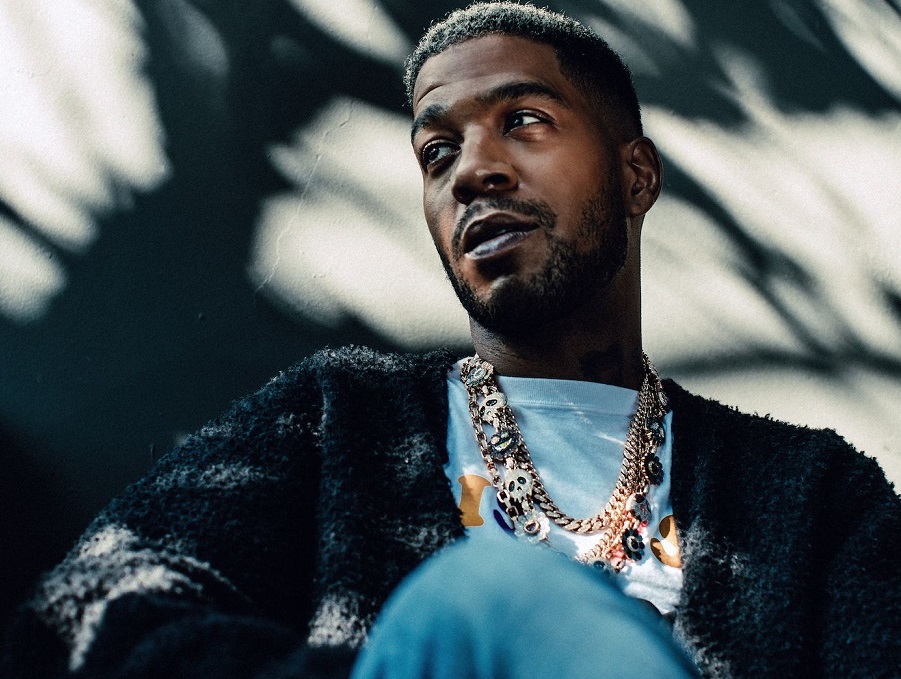 Kid Cudi has a new TV show on Netflix and a new album,…