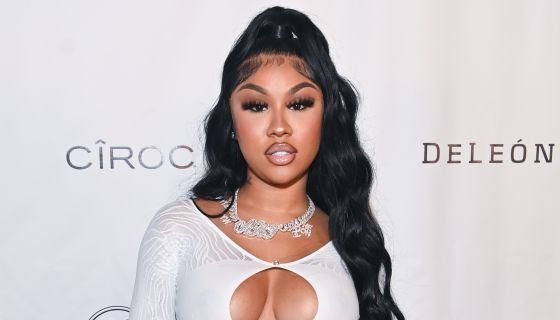 Back at it again with more tidday meats and treats amid an eventful week dominated by Beyoncé‘s hip-moving House tune ‘Break My Soul,’ Drake‘s surprise oontz oontz album ‘Honestly, Nevermind,’ Erica Mena InstaTusslin’ with Safaree‘s alleged new boo, Jussie Smollett doubling down on his innocence, ‘Bridgerton’ bae Regé-Jean Page reportedly in talks to rejoin the show, Mo’Nique extending her messy beef with D.L. Hughley, Beverly Johnson reminding everyone that’s still a stunner supreme at 69, the highly anticipated return of the ‘Belle Collective,’ and much more.

As expected, we’ve compiled swoon-worthy stunners (and our thirst-trappin’ celebrity faves) with ‘Bussit’ baddie Erica Banks making her return to the series after admitting to getting her body done.

The emerging star had the gworls in a tizzy after revealing her new body in a viral Instagram Reel that trended across social media.

In the video, she admits to getting bodily enhancements (that actually look natural) while giving fans a peek into her sun-splashed LA vacation.

With growing buzz, Banks shines on her new mixtape ‘Diary of The Flow Queen’ where she showcases fiery flows, quotable bars, and undeniable hitmaking chops on “Toot That” (featuring DreamDoll & BeatKing), “Designer,” “Slim Waist,” “Pop Out,” and new single “Trick.”

This week’s compilation features Lira Galore, Ari Fletcher, Shenseea, and more delivering heat along with giving us what we needed.

There’s also big baddie energy from Tommie Lee, Ayisha Diaz, and Rosa Acosta feast your eyes on these beauties and enjoy the latest helping of tidday meats and treats on the flip.