It Slices, It Dices: When Ginsu Knives Cut Through the As-Seen-on TV Competition

The true test of salesmanship is convincing consumers they need something they already have. In the 1980s, business partners Barry Becher and Edward Valenti managed to sell millions of kitchen knives to homes that already had plenty of them.

They called their product the Ginsu.

In television advertisements for the Ginsu knife, demonstrators used the tool to cut and chop away at everything from tin cans to blocks of wood. Tomatoes and bread loaves were sliced paper-thin. They threw in extra knives, a peeler, a fork. They charged $9.95. It was an irresistible pitch for a knife that had a provocative Japanese allure even though it was made in Ohio, which is some distance from Tokyo.

The 1970s saw Americans seized by a fascination with Japan and its culture. Author James Clavell’s 1975 novel Shōgun, about an American in 1600s feudal Japan, was a bestseller. On film, Robert Mitchum was navigating the Japanese mafia in Sydney Pollack’s The Yakuza. In urban areas, Japanese steakhouses made dinner a theatrical experience, with chefs that could juggle food in front of spectators. In a decade where Americans felt betrayed politically thanks to the Watergate scandal and a futile war in Vietnam, a samurai’s unshakeable code of ethics may have seemed appealing.

It was in this cultural climate that Becher and Valenti first met in 1975: Warwick, Rhode Island, native Becher was operating Aamco transmission shops, and Valenti, an NBC television affiliate executive, stopped in to see if Becher wanted to buy some ad time. The two hit it off and eventually formed their own marketing firm, Dial Media, where they sought out products that could be easily pitched on television.

The timing was good. Companies like K-Tel, which peddled album compilations, and pitchmen such as Ron Popeil were making use of the nascent infomercial format. For two minutes to 30 minutes, marketers could show off their products to an at-home audience, a natural progression from the street salesmen who hawked items on New Jersey’s Boardwalk or at carnivals.

Becher and Valenti soon came across a knife made by the Scott Fetzer Company in Fremont, Ohio, that caught their interest. It had a serrated edge that grew sharper toward the tip, so it could tackle cutting most anything in a kitchen. What they liked most about the knife was that the Scott Fetzer Company could produce quantities of it almost instantly as opposed to other manufacturers, which could take six months or more to ramp up production. The price was also right: 75 cents apiece wholesale.

The problem? In the end, it was just a plain old kitchen knife. But the partners saw an opportunity to take the tool and apply a mythology around it. Instead of being an American product, they considered advertising it as being from another country. Images of French chefs or German-grade steel were tossed around. Eventually, they settled on Japan. Naming it the Samurai Set was discussed. Instead, they renamed it Ginsu—a nonsense word meant to invoke a Japanese heritage, with vague intimations that it had the character of a samurai blade.

Becher and Valenti enlisted Arthur Schiff, a respected copywriter who crafted a winning sales pitch. (Schiff once claimed he had been the one to name the Ginsu; Valenti has said it was difficult to remember who dreamt it up.) It was Schiff who wrote such iconic infomercial lines as “Act now and you’ll also receive …” and “How much would you pay?” Most importantly, Schiff invented the indelible “There’s more …” (The “But wait” was added later.)

Debuting in 1978, the two-minute Ginsu ad is a marvel of marketing economy. A man (Valenti, actually) wearing a karate gi splits a wooden board in half with his hands but fails to accomplish the same feat with a tomato, introducing the need for a precision tool. Enter the Ginsu, which makes quick work of everything from vegetables to pieces of paper to frozen vegetable packages. The viewer is assailed by an offer that gets better by the second.

“How much would you pay for a knife like this?” the narrator asks. “Before you answer, listen.”

Act now and you’ll get six steak knives; a 6-in-1 kitchen tool; a potato spiral cutter; a carving fork. Still unsure? Shipping is free. Still not convinced? The blade has a 50-year guarantee. No? In the burgeoning world of direct marketing, the Ginsu could be had COD: cash on delivery.

“We have to generate immediate response,” Valenti told Scripps-Howard News Service in 1983 of their aggressive sales approach. “The ad has to be so powerful it makes people either pick up the phone or send a check. You’re asking people to watch for 120 seconds, so it better be entertaining.” The spot accomplished it all.

Although Becher and Valenti had peddled other products, including the splatter-proof Miracle Painter, nothing equaled the success of the Ginsu and its successor, Ginsu II—a $19.95 knife set introduced in 1980 to keep the product line from becoming stagnant. From 1978 through 1985, the pair sold $30 million in knives. Few who watched the ad spots, which ran constantly, could resist the ability to cut bread so thin “you could almost see through it.”

The spots—which Dial Media purchased at a rate that once exceeded that of Coca-Cola—were able to hammer viewers with reasons to add yet another kitchen knife to their arsenal. In short, they introduced a need and then offered an immediate solution to meet that need, a formula that would become a staple of the direct-to-consumer market. The only unhappy people were apparently parents, who wrote in to Dial Media to complain about their children destroying tomatoes by attempting to karate-chop them. (Dial replaced the tomato with a watermelon in future spots.) At one point, as many as eight in 10 Americans had heard of the product.

The success of the Ginsu helped Becher and Valenti sell Dial Media to Warren Buffett’s Berkshire Hathaway in 1985. (Valenti still works in marketing at his own PriMedia umbrella; Schiff died in 2006, Becher in 2012.)

The ’80s were far from the end of Ginsu’s cultural imprint. While sales lagged, the knife became a nostalgic shorthand for shows like Seinfeld, The Sopranos, and The Tonight Show With Johnny Carson. It popped up on Saturday Night Live, when Joe Piscopo, as Ronald Reagan, promised that “If you vote for me, I’ll even include a set of Ginsu knives.”

Most infamously, it got some highly unwanted viral marketing when Lorena Bobbitt reportedly used it to remove husband John Wayne Bobbitt’s penis in 1993. That Bobbitt likely used a generic knife and reporters simply used Ginsu as a catch-all term for any kitchen knife spoke to the power of the brand.

In 2005, Ginsu got a boost when a new ad spot debuted, this one demonstrating a key being cut in half. The knives began popping up on Amazon, in Sears, and on QVC, where Valenti demonstrated their abilities to viewers. In 2009, a shortcut in Warwick was named Ginsu Way.

The brand is still going strong, peddling knives and even replacing ones purchased as far back as 1978. While much of the packaging and shipping takes place in Walnut Ridge, Arkansas, the knives are now mostly made overseas.

Additional Sources: The Wisdom of Ginsu 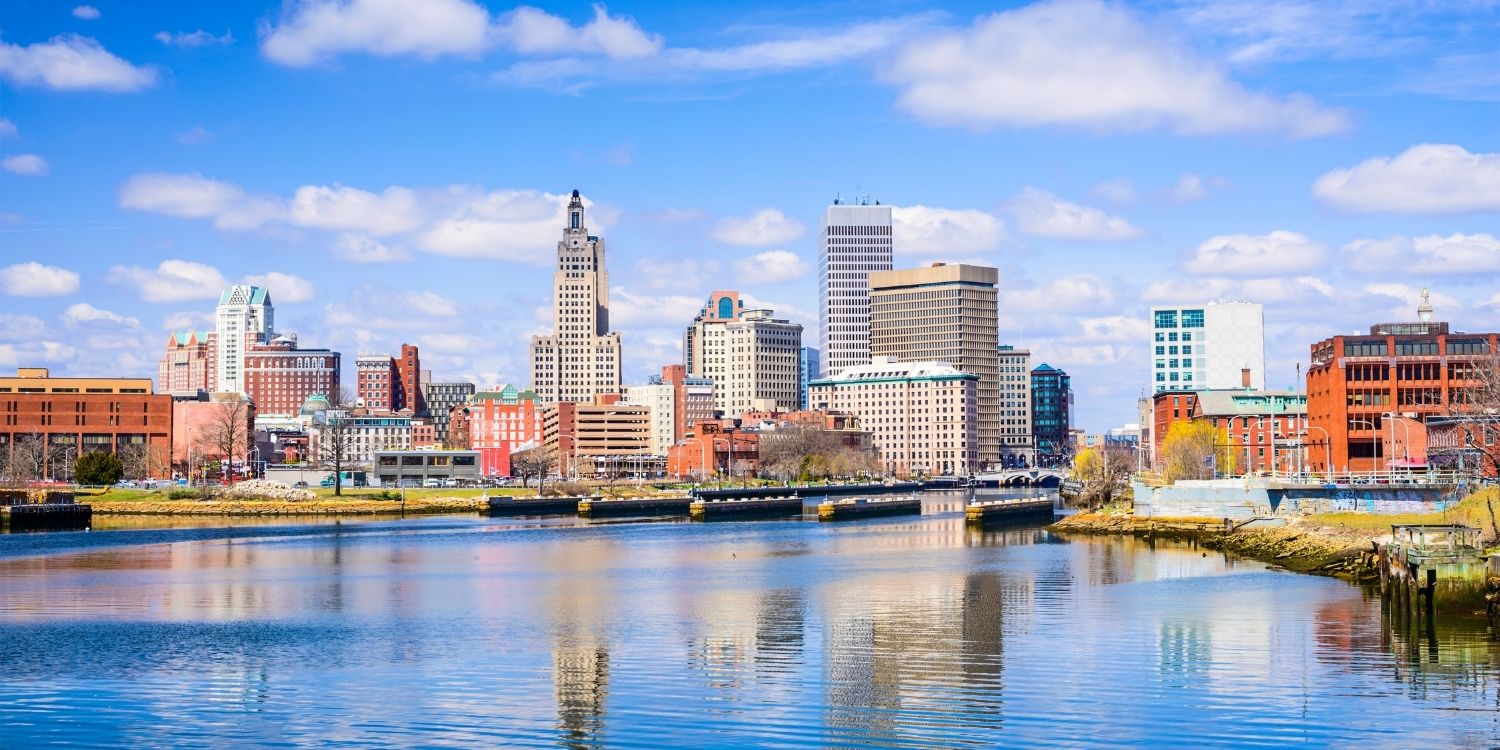 Officially nicknamed the “Ocean State” but also known as “Little Rhody,” the… 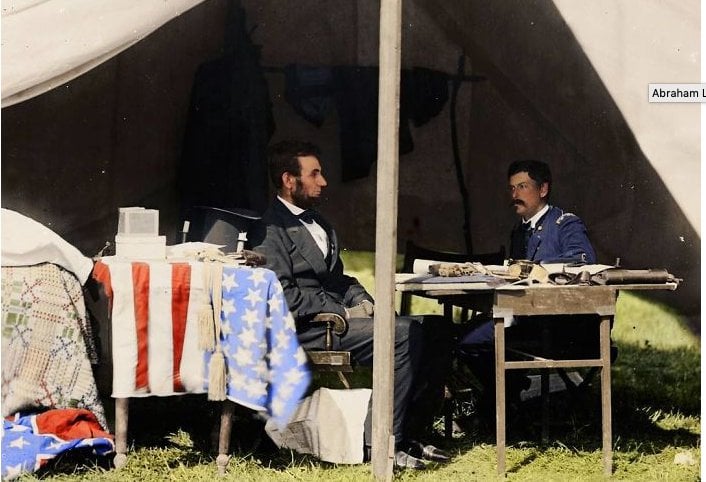