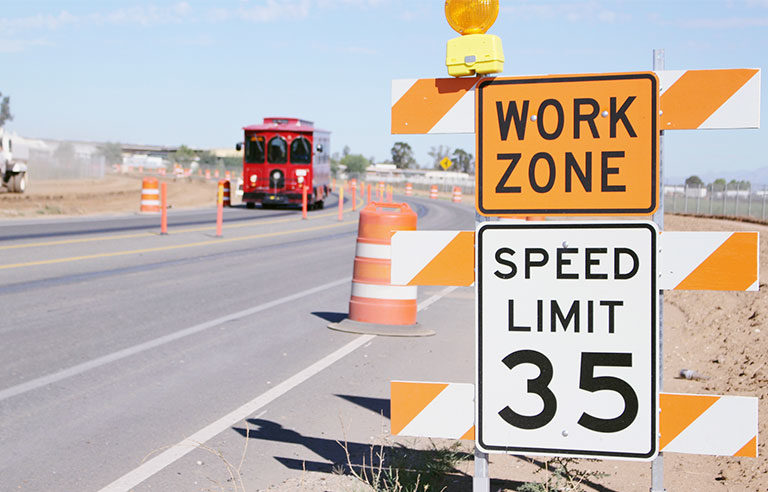 Arlington, VA — Roadway workers remain at risk: Around 2 out of 3 highway contractors in a recent survey said motor vehicles had crashed into a work zone their firm operates in the past year.

Of the 65% of contractors who reported crashes in the past year, about half experienced five or more. Additionally, 18% said that at least one worker was injured as a result of a crash. Overall, 97% of the contractors indicated that the risk of a highway work zone crash is greater or about the same as it was a year ago, with 81% blaming cellphone use by drivers and 71% citing speeding.

The respondents also were asked about what changes could be made to help reduce work zone crashes, injuries and/or fatalities. Those believed to be most effective: increased police presence at work zone construction sites (81%), stricter enforcement of existing work zone laws (67%), closing roads and detouring traffic (61%), and stricter laws targeting cellphone use and distracted driving in work zones (61%).

AGC urges drivers to slow down and remain alert while passing through work zones during the summer driving season.

“The men and women of the construction industry are frequently working just a few feet, and sometimes inches, away from speeding vehicles,” Ken Simonson, chief economist at AGC and author of the survey, said in a press release. “Drivers who are too often distracted, speeding and/or under the influence crash into those work zones, putting workers and themselves at risk of serious harm and death.”