Revlon makeup products are displayed at a CVS store on August 9, 2018 in Sausalito, California.

The retail industry is up against a potential wave of bankruptcies following a monthslong slowdown in restructuring activity.

There could be an increase in distressed retailers beginning later this year, experts say, as ballooning prices dent demand for certain goods, stores contend with bloated inventory levels and a potential recession looms.

Last week, 90-year-old cosmetics giant Revlon filed for Chapter 11 bankruptcy protection, making it the first household consumer-facing name to do so in months.

Now the questions are: Which retailer will be next? And how soon?

“Retail is in flux,” said Perry Mandarino, co-head of investment banking and head of corporate restructuring at B. Riley Securities. “And within the next five years, the landscape will be much different than it is today.”

The industry had seen a dramatic pullback in restructurings in 2021 and early 2022 as companies — including those that had been on so-called bankruptcy watch lists — received relief from fiscal stimulus that offered cash infusions to businesses and stimulus dollars to consumers. The pause followed a flood of distress in 2020, near the onset of the pandemic, as dozens of retailers including J.C. Penney, Brooks Brothers, J. Crew and Neiman Marcus headed to bankruptcy court.

Including Revlon’s filing, there have been just four retail bankruptcies so far this year, according to S&P Global Market Intelligence. That’s the lowest number the firm has tracked in at least 12 years.

It’s not exactly clear when that tally could begin to grow, but restructuring experts say they’re preparing for more trouble across the industry as the all-important holiday season approaches.

“We have potentially a perfect storm brewing,” said Sally Henry, a professor of law at Texas Tech Law School and former partner at Skadden, Arps, Slate, Meagher & Flom LLP. “I wouldn’t be surprised to see an uptick in retail bankruptcies.”

Still, advisors who have worked on retail bankruptcies in recent years believe, for the most part, that any looming distress in the industry shouldn’t be as intense as the massive shakeout in 2020. Instead, bankruptcies could be more spread out, they said.

“What you saw in 2020 was a tremendous amount of restructuring activity getting pulled forward,” said Spencer Ware, managing director and retail practice leader at Riveron, an advisory firm. “Then we got from 2020 through today with a tremendous amount of stimulus. What’s going to happen now? It’s a bit of a mixed bag.”

A split in consumer behavior could make things more unpredictable. Americans with lower incomes have been particularly pinched by inflation while wealthier consumers keep splurging on luxury goods.

“We’re at a moment now we’re predicting what will happen next is far more complicated,” said Steve Zelin, partner and global head of the restructuring and special situations group at PJT Partners. “There are many more variables.”

The clearance rack at T.J. Maxx clothing store in Annapolis, Maryland, on May 16, 2022, as Americans brace for summer sticker shock as inflation continues to grow.

The latest retail sales data shows where consumers are pulling back the most. Advance retail and food service spending fell 0.3% in May versus the prior month, the Commerce Department reported last week. Furniture and home furnishings retailers, electronics and appliances stores, and health- and personal-care chains all saw month-over-month declines.

In the first three months of 2022, consumers bought 6% fewer items at retail than they did in the first quarter of 2021, NPD Group said in a survey issued in late May. More than 8 in 10 U.S consumers said they planned to make further changes to pull back on their spending in the next three to six months, it said.

A race to stay ahead of rising rates

The threat of future rate increases — after the Federal Reserve last week raised benchmark interest rates three-quarters of a percentage point in its most aggressive hike since 1994 — has prompted retailers looking to tap the debt markets to accelerate those plans.

Riveron’s Ware said businesses had been racing to get in front of future rate increases. Some bought back debt or attempted to push out maturities. For example, department store chain Macy’s in March said it completed refinancing $850 million in bonds that were coming due in the next two years.

More recently, however, Ware said he’s noticed that refinancing activity over the past 12 months has begun to slow, with a bigger number of deals getting canceled or pulled. “It seems the window is closing for more difficult refinancing,” Ware said.

In late 2020, Revlon narrowly escaped bankruptcy by persuading bondholders to extend its maturing debt. But a little less than two years later, the company succumbed to a heavy debt load and supply chain issues that prevented it from fulfilling all of its orders.

As has always been the case, retailers that are grappling with the heaviest debt loads are going to be the most vulnerable to bankruptcy, said David Berliner, chief of BDO’s business restructuring and turnaround practice.

More distress could start to appear after the upcoming back-to-school shopping season, he added, after families return from long-awaited summer vacations and may be forced to tighten the belt.

A survey by UBS earlier this month found only about 39% of U.S. consumers said they plan to spend more money on the back-to-school season this year relative to the prior year, down from the number of people who said the same in 2021.

“Consumers are getting more stingy with their wallets,” Berliner said. “There are going to be the winners and losers like we always see. I’m just not sure yet how soon it’s going to happen.”

Berliner said he has been keeping a close watch on consumer debt levels, which are hovering near all-time highs.

“Consumers have been willing to spend on credit cards, on mortgages and on buy now pay later programs,” he said. “I’m afraid a lot of consumers are are going to be tapping out their credit cards and then they’re going to be forced into an abrupt pullback.”

If consumer spending slowed in that way, more retailers could be pushed into bankruptcy at a faster pace, Berliner said. But if spending stays at a reasonable clip, and consumers are able to reasonably pay off their debts, companies will instead “share a little bit of the pain” with fewer bankruptcy filings, he said.

Either way, Berliner said the distress will be greater among smaller retail businesses, particularly mom and pop shops, that don’t have as many resources to weather harder times.

Rising inventory levels are also on bankruptcy advisors’ radar because they have the potential to lead to much bigger problems. Retailers from Gap to Abercrombie & Fitch to Kohl’s have said in recent weeks that they have too much stuff after shipments arrived late and consumers abruptly changed what they were shopping for.

Target said earlier this month that it’s planning markdowns and canceling some orders to try to get rid of unwanted merchandise. As other retailers follow suit, profits are going to contract in the near term, said Joseph Malfitano, founder of turnaround and restructuring firm Malfitano Partners.

And when a retailer’s profit margins shrink as its inventories are reappraised — a routine practice in the industry — those inventories won’t be worth as much, Malfitano explained. A company’s borrowing base could fall as a result, he said.

Shoppers are seen inside a shopping mall in Bethesda, Maryland on February 17, 2022.

“Retailers aren’t in distress because they’re still sitting on a boatload of liquidity … between some cash that’s left on their balance sheet plus an undrawn revolver,” he said. “There’s still a lot of runway.”

That only means the upcoming holiday season, which every year is a vital span of time in the retail calendar for businesses to break even on profits, could be even more of a make-or-break moment for companies.

“I don’t see a big holiday spending season. I think people are going to really tighten up and buckle down,” Fredericks said. “Inflation is not going anywhere.”

One additional outcome of an economic slowdown could be an uptick in M&A activity across the retail sector, according to B. Riley Securities’ Mandarino.

Bigger retailers that are more financially stable may look to gobble up smaller brands, particularly when they can do so at a discount. They would use this strategy in tough times in order to keep growing revenues quarter after quarter, albeit inorganically, Mandarino said.

Home goods, apparel and department stores could face the most pressure in the months ahead, he added.

With Bed Bath & Beyond’s namesake banner underperforming in recent quarters, the retailer has faced pressure from an activist to hive off its Buybuy Baby chain, which is viewed as a stronger part of the business. Kohl’s, an off-mall department store retailer, also came under activist pressure to consider a sale and now is in exclusive deal talks with Franchise Group, the owner of Vitamin Shoppe. Franchise Group is considering whether to lower its bid for Kohl’s, a source told CNBC on Wednesday.

“It’s a buyers market,” Mandarino said. “Growth will not come organically when consumer spending goes down and if we go into a recession.”

NATO reaches a deal with Turkey to admit Sweden and Finland, secretary-general says 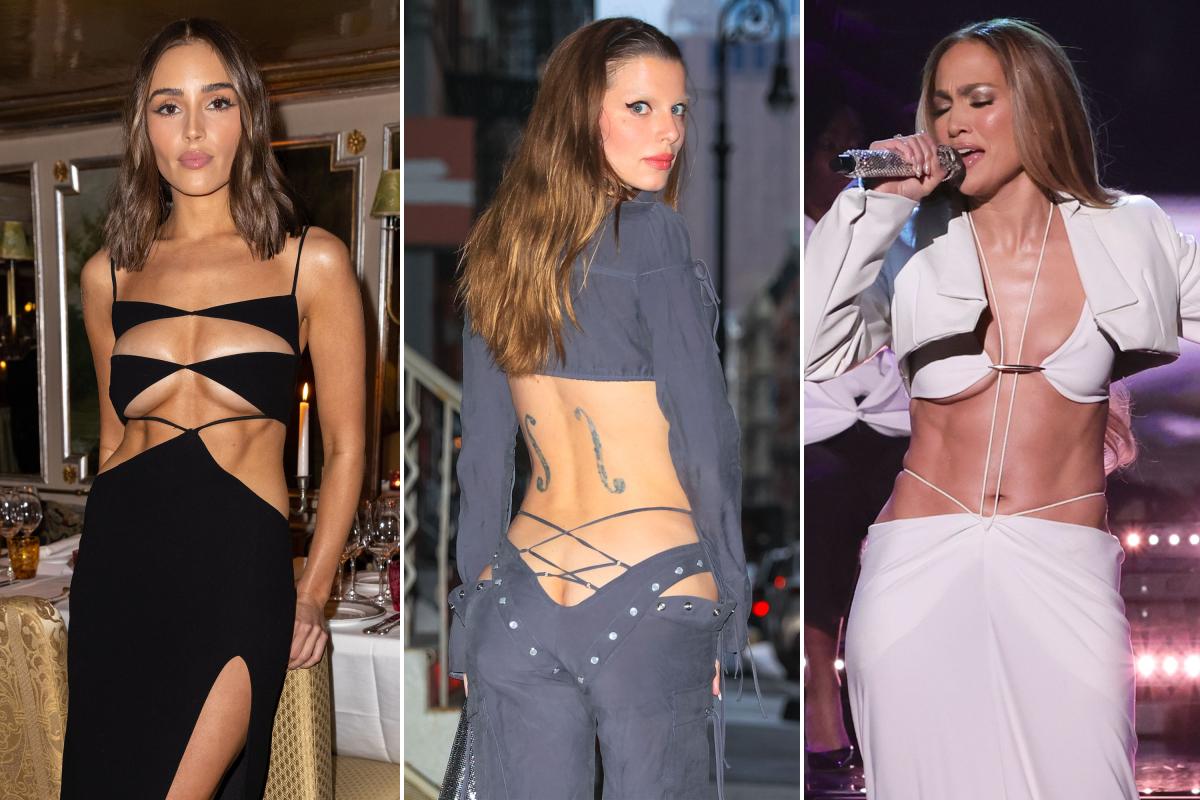 Page Six may be compensated and/or receive an affiliate commission if you buy through our links. This season’s sexiest look comes with strings attached....

Cassidy Hutchinson, who was an aide to former White House Chief of Staff Mark Meadows during the administration of former U.S. President Donald Trump,...