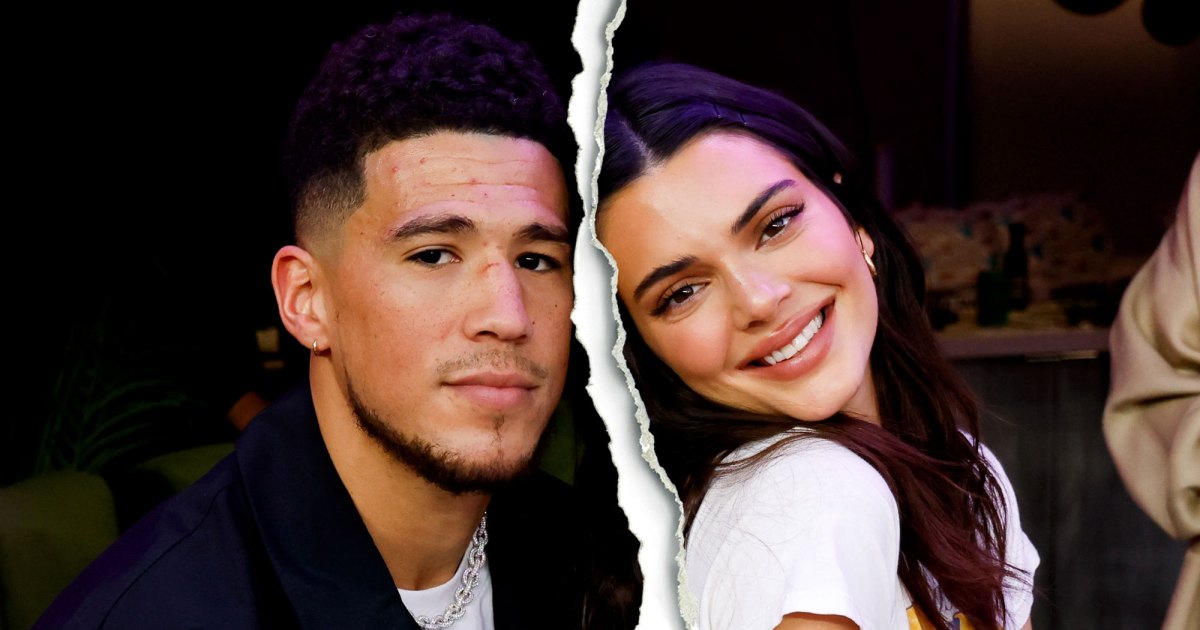 Growing apart. Kendall Jenner and Devin Booker have officially broken up, In Touch can confirm, at least for the time being.

A source tells In Touch “that they’ve been apart for a week or two now.” The insider adds that they are “taking space to work on their own lives at the moment.”

Initial news that the pair decided to part ways broke on June 22 when it was reported that they were taking time apart.

“Kendall feels like they’re on different paths,” a source told Entertainment Tonight, with another saying that the two “have had discussions about their future but they are not on the same page.”

The two dropped clues that there was trouble in paradise weeks before In Touch confirmed the split. Neither posted anything on social media about their two-year anniversary on June 12, 2022, after bringing major attention to it the year prior. Furthermore, speculation of their split grew when fans realized that Kendall hadn’t been seen with Devin for weeks after she shared back-to-back updates via her Instagram Stories on June 18 with her close friend, model Fai Khadra.

The Kardashians star and the NBA player, 25, had been romantically linked since April 2020, but only confirmed the rumored romance on Valentine’s Day 2021.

“Kendall and Devin are seeing each other, but aren’t serious and are just having fun with each other,” a source told Us Weekly in July 2020.

Although they had been a couple since June 2020, the two knew each other for a couple of years prior, first meeting when Devin was dating Kylie Jenner’s now ex-best friend Jordyn Woods. In fact, Kendall and her ex Ben Simmons went on a double date with Jordyn and Devin while they were an item back in 2018.

When Kendall and Devin first sparked romance rumors in April 2020 after being spotted together on a road trip to Sedona, Arizona, the reality TV star fired back at trolls on social media who criticized her for her past relationships with NBA stars.

“They act like I’m not in full control of where I throw this cooch,” Kendall tweeted at the time, clapping back at users who claimed the athletes had been “passing” her around.

In addition to defending her dating life, Kendall, who is the only one of her siblings without a baby of her own, has previously shared that she prefers to keep her romantic life private due to the uncertain and personal nature of relationships.

“I’m very young and right now I feel like relationships aren’t always super-certain and I don’t want to bring too much attention to something if you don’t really know long-term [what it’s going to be],” the model told Vogue Australia in May 2019. “A relationship is only meant to be between two people, and the second you make it the world’s business is when it starts messing with the two people mentally. Like once everyone is let in, you’re letting all these opinions into your relationships, and I don’t think that’s fair.”

The couple were last seen together in May 2022 when Kendall took Devin as her date to sister Kourtney Kardashian’s wedding in Portofino, Italy.