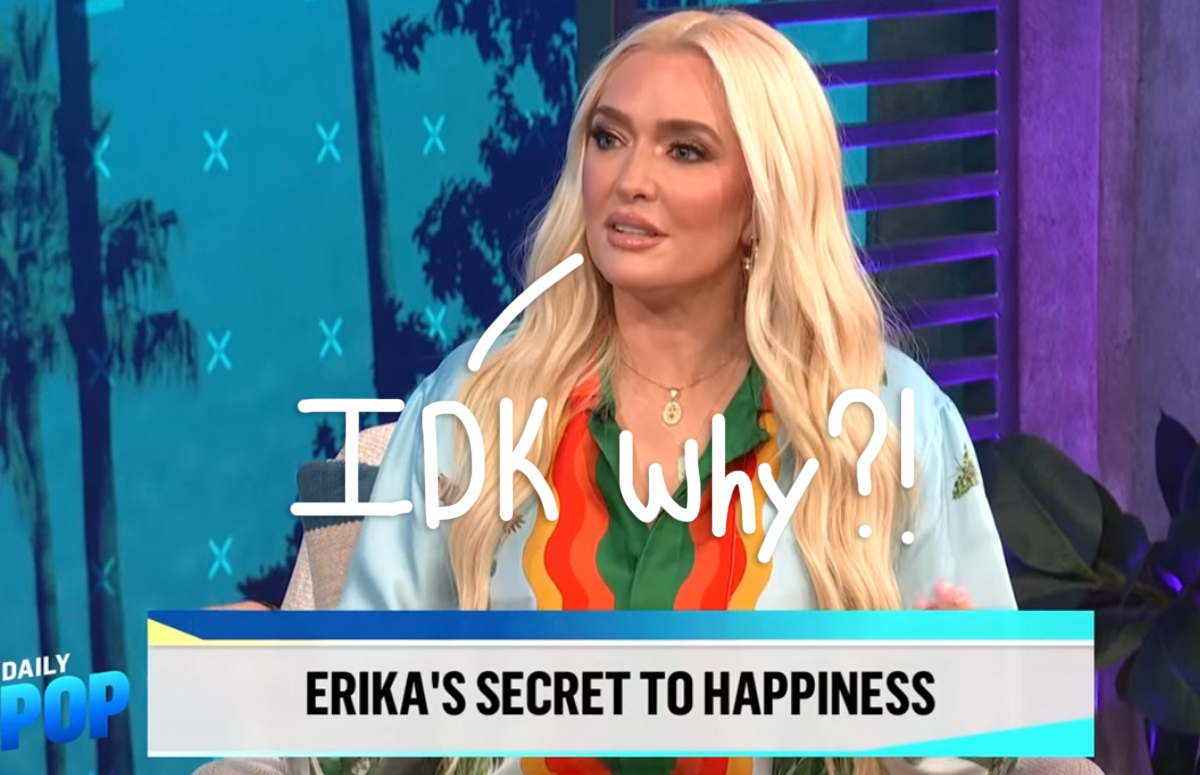 Erika Jayne knows all too well how difficult the dating scene can be!

Speaking with E! News’ Daily Pop on Wednesday, The Real Housewives of Beverly Hills star opened up about being single and getting back out there again for the first time in over 20 years following her split from estranged husband, Tom Girardi. And unfortunately, she admitted it has not been the best experience for her so far! Erika spilled:

“It’s hard because I don’t think people really know what to expect. And I can’t get on an app. What if [Jeffrey] Dahmer shows up?”

Those obsessed with true crime content know you can never be too careful – especially when one is venturing into the wild and sometimes scary world of dating apps!

But beyond potentially matching with a serial killer, Erika confessed she’s also “really socially awkward” when going out with someone new, explaining:

“I say exactly how I feel, and I realize that men don’t like that. They say they want a woman that’s forward, but they really don’t.”

When host Justin Sylvester pointed out that the guys she went out with might be “scared” of her, the 50-year-old reality star confessed that is actually the case – and they’ve said it to her face, too:

“They actually told me, ‘I’m afraid of you.’ And I was like, ‘Why? I’m modern. I thought I was doing what women are supposed to do, which is speak your mind and say what you like,’ and no.”

Despite her dating struggles, Erika ultimately says she is enjoying her life as a single woman:

“I’ve had a chance to completely start over and be free from an over 20-year marriage and almost wipe the whole slate clean in a way. It’s my life to rebuild, so, in that way, it’s a lot of opportunity, but it’s scary at the same time. So, that’s when I say ‘no,’ it’s scary and I don’t really know what I’m doing. I’m just out here trying to make it happen.”

As for what she “mourns” from her relationship with Tom? The Pretty Mess singer simply confessed:

“I mourn the Tom that was good.”

Well, rebuilding her life (and not to mention dating) might be put on hold depending on how her legal troubles turn out! Following the dismissal of her embezzlement lawsuit, she was named in a new legal filing, which claimed she “aided and abetted” Tom’s alleged stealing of a financial settlement. Then shocking allegations were dropped in another lawsuit, accusing Erika of being the “front woman” of a “criminal enterprise.” So safe to say we are surprised she even has time for dating, given the legal troubles stacked against her right now. Not to mention all those California taxes she owes!

You can ch-ch-check out her entire interview (below):