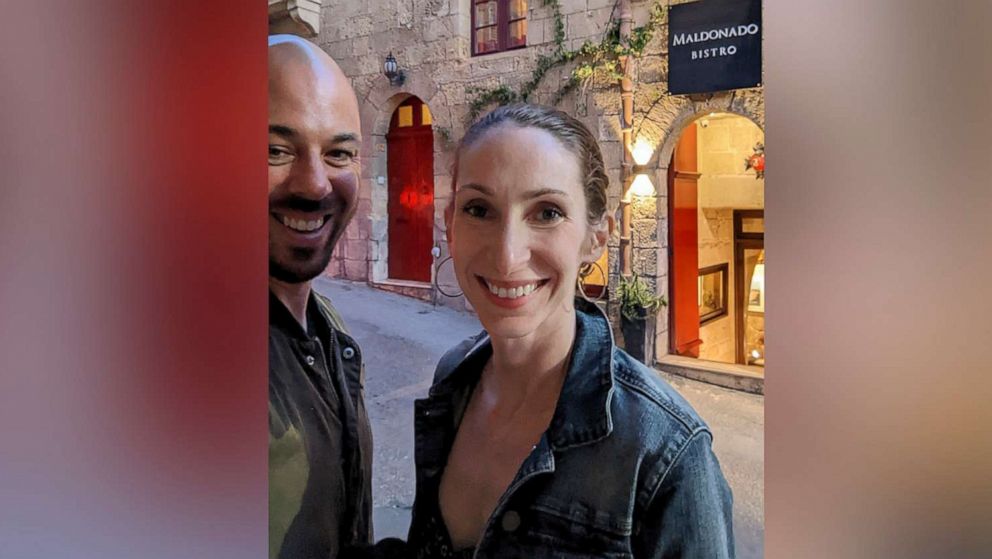 Americans Andrea Prudente and her partner Jay Weeldreyer were on their babymoon – 16 weeks pregnant with a little girl. To celebrate, the couple decided to spend two weeks together in Malta.

About a week in, Prudente was rushed to the hospital where she was told the placenta separated from her uterus and she was starting to miscarry. It meant the pregnancy was no longer viable, and unless the pregnancy was aborted – Prudente’s life would be in severe danger. But abortion is illegal in Malta – even under extreme circumstances like hers.

ABC News spoke with Weeldreyer as he sat at his partner’s bedside in a hospital in Malta.

“There weren’t any options. Malta won’t do anything. The laws are so restrictive,” Weeldreyer said.

The couple is unable to fly back to America because the long flight would be too dangerous in Prudente’s condition and the risk of her having a miscarriage on a flight is potentially fatal.

“We’re literally trapped… and in the meantime, every day that goes by, every minute that goes by is she’s subject to increasing risk of infection,” he said.

Lara Dimitrijevic, Prudente’s lawyer and founder of the Women’s Rights Foundation founder in Malta, confirmed that hope does not exist in Malta for the couple.

“The mentality was never challenged in Malta. This is a small island completely cut off from the rest of the world. If a doctor would actually practice illegally an abortion, he would simply be sentenced to jail time,” Dimitrijevic said to ABC News.

Malta is the only country in Europe to ban abortion for any reason, even in case of rape.

“I started this foundation in 2013 as I was hoping to help women. I am pro-life but I am pro-choice,” said Lara Dimitrijevic. “How can we justify in 2022, that a woman can be exposed to this type of danger… Maltese is completely controlling women’s body,” Dimitrijevic added.

Dimitrijevic tried to contact Malta Prime Minister Robert Abela and his deputy minister asking for help for Prudente. They never reacted, she said.

Weeldreyer was visibly distraught as he told ABC News about his partner.

“This baby can’t live. And the fact that Andrea’s being forced to suffer as a consequence of it is it’s barbaric. Like,…it’s inexcusable. It’s been a long, it’s been a long grind. She’s been she’s been through the wringer,” he said.

“We aren’t interested in being activists, but having gone through this experience, it’s one of those things where really clearly there is a right thing in some circumstances that really there’s no debate on it. And I guess that it’s really kind of hammered home for me the importance of either changing the definitions, either this is a medical continuation of a miscarriage, or making sure that there are carve outs, at the very least to protect the lives of women,” Weeldreyer said.

After days of talking to their midwife back in America, as well as a few whispers from hospital staff in Malta, Weeldreyer and Prudente were able to work with their insurance company to organize an emergency flight with a doctor to a nearby country where Prudente will be able to get the lifesaving operation.

“Had it not been for the insurance company, we would be stuck on this island and Andrea would not have any alternatives. That’s a terrifying reality,” he said.

Weeldreyer says he knows their situation is not an isolated event.

“I hope that (our story) ends up being a clarifying element to at least resolve some of the dispute. I know this isn’t a clear thing for a lot of people. People have strong feelings around the concept of abortion, and I know there aren’t any answers, but this is the kind of thing that I think people should look at and really question their beliefs,” he said.

“And the thing that had occurred to us since then also is imagine what it’s like to contemplate getting pregnant if you happen to be a woman in Malta. Given the common occurrence of miscarriage and the common incidence of the need for medical intervention, and you’re going to be denied it even to the point of you might die, that’s terrifying.”

Weeldreyer and Prudente are due to take a flight to Majorca and they are hoping Prudente will be able to have the lifesaving medical procedure in the next 24 hours.