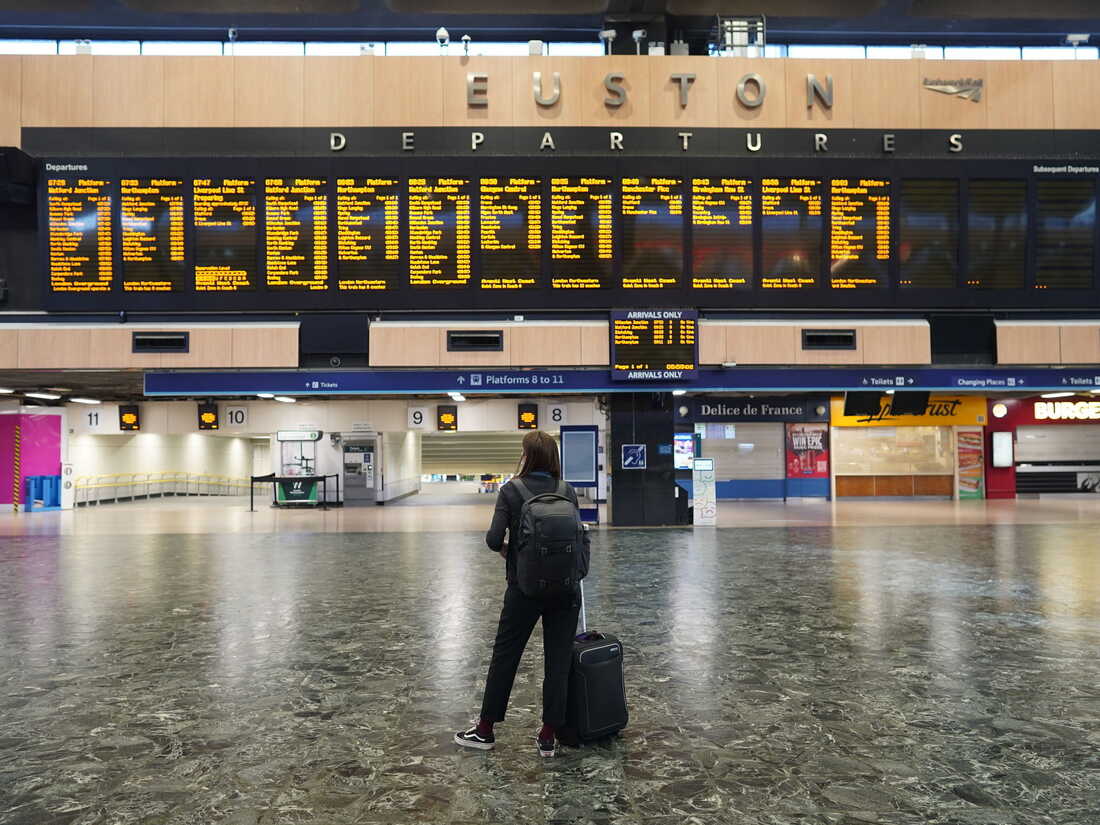 A passenger at Euston station in London looks at the departures board on the first day of a rail strike on Tuesday June 21, 2022. 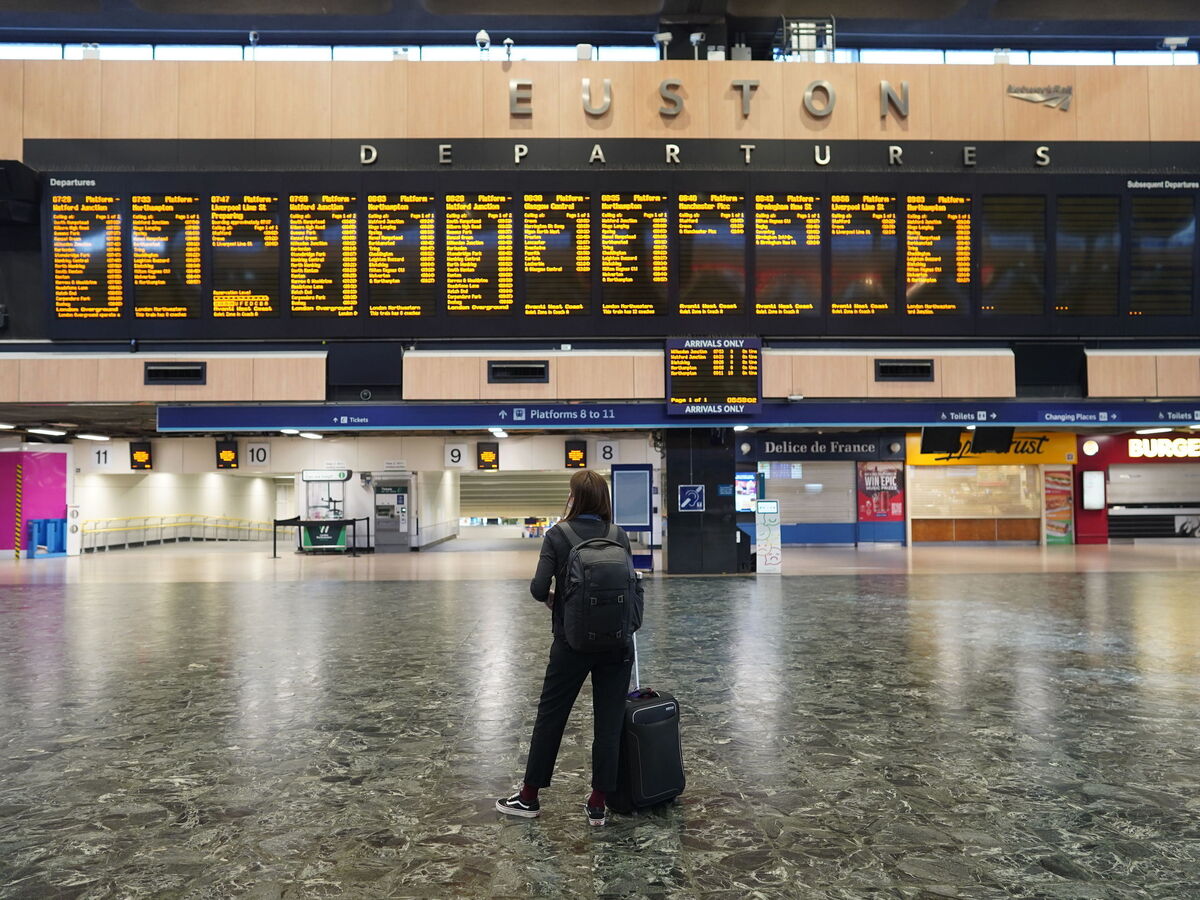 A passenger at Euston station in London looks at the departures board on the first day of a rail strike on Tuesday June 21, 2022.

LONDON — Tens of thousands of railway workers walked off the job in Britain on Tuesday, bringing the train network to a crawl in the country’s biggest transit strike for three decades.

About 40,000 cleaners, signalers, maintenance workers and station staff were holding a 24-hour strike, with two more planned for Thursday and Saturday. Compounding the pain for commuters, London Underground subway services were also hit by a walkout on Tuesday.

The dispute centers on pay, working conditions and job security as Britain’s railways struggle to recover from the coronavirus pandemic.

Major stations were largely deserted on Tuesday morning, with only about 20% of passenger trains scheduled to run.

Nurse manager Priya Govender was at London Bridge station, struggling to get back to her home south of the city.

“I definitely will not be able to get a bus because they are packed. I will have to get an Uber,” she said. “My day has been horrible. It is going to be a long day and I still have a full day’s work to do.”

The strike was upending the plans of employees trying to get to work, students during exam season and music-lovers headed for the Glastonbury Festival, which starts Wednesday in southwest England.

“Fragile consumer confidence will take a further hit, thousands of people able and willing to spend money in hospitality venues across the country will be prevented from doing so, while staff will undoubtedly struggle to even get to work,” she said.

There were almost 1 billion train journeys in the U.K. in the year to March. But that is well below pre-COVID-19 levels, and train companies, which were kept afloat with government support during the past two years, are seeking to cut costs and staffing.

Last-minute talks on Monday failed to make a breakthrough. The Rail, Maritime and Transport Union says it will not accept rail firms’ offer of a 3% raise, which is far below the rate of inflation, currently running at 9%.

The union accuses the Conservative government of refusing to give rail firms enough flexibility to offer a substantial pay increase.

The government says it is not involved in the talks, but has warned that big raises will spark a wage-price spiral driving inflation even higher.

Prime Minister Boris Johnson accused unions of “harming the very people they claim to be helping” and called for “a sensible compromise for the good of the British people and the rail workforce.”