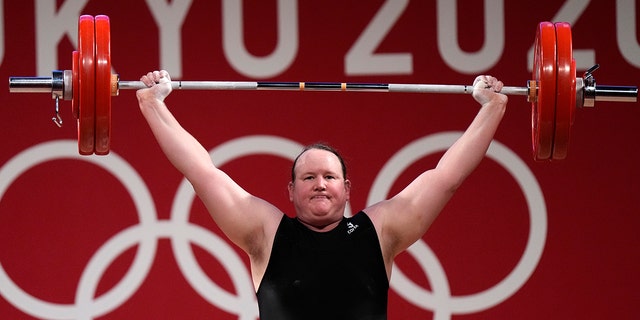 With Thursday marking the 50th anniversary of Title IX, the discourse is only getting hotter.

The debate comes down to advocates wanting to protect the space already established by Title IX legislation for biological women and those who want to compete as females to enjoy the same protections as anyone else.

Jennifer Braceras, director of the Independent Women’s Law Center, pointed to the wording of Title IX itself. She told Fox News Digital the statute makes clear that “single-sex sports are allowed.” She argued that any time a transgender women is allowed to compete against biological women and takes a spot away from a woman, a violation of the law has occurred.

“Title IX protects single-sex sports, and any time you allow a male athlete to take a sport away from a female athlete, you are a school that is violating Title IX,” Braceras said.

FINA, which is the international governing body for elite swimming, released a new policy stating it will only permit swimmers who transitioned before the age of 12 to compete in women’s events. FINA also said it was working on a proposal to create an “open competition” category. FINA members voted 71.5% in favor of the new policies.

There appears to be heavy agreement that having an “open” category in sports isn’t the best way to go about it.

“The truth is, the men’s category is the ‘open category.’ I think it’s silly when people say there should be a separate division for transgender athletes. There aren’t enough of them,” Braceras said. “But there can be open sport, and (transgender) athletes who can’t participate in men’s sports because a female who transitions … and participates in a men’s sport isn’t disadvantaging any men or taking any sports away from them.”

Dr. Joshua Estrin, a corporate psychologist and author of the book “Shut Up and Listen To Yourself 2.0!” told Fox News Digital having an “open” category in sports may start an “Orwellian precedent.”

The logo of the swimming governing body FINA is displayed on a flag at the main swimming pool July 26, 2009, at the 13th FINA World Swimming Championships in Rome.
(Martin Bureau/AFP via Getty Images)

“I personally don’t advocate for a special category because I think we don’t have the facts yet, and 71% of people were making decisions in a vacuum,” said Estrin, who is part of the LGBTQ+ community. “I think there needs to be transitional decisions made. Let’s look at how many transgender people in sports are disproportionately winning over their cisgender competitors. Is it even really a problem?

“There’s some … women, cis women swimmers, who could probably beat the crap out of someone who is transgender. So, to say just because you weren’t born in the sex or the sex you now identify as that automatically gives you an advantage, I think it takes training and hard work and an amazing psychological strength.

“I also don’t want to take away from what our cisgender women have done and can accomplish. We don’t know yet. Again, there’s no one size fits all, and I think that’s what makes most of us uncomfortable. The topic itself makes people squirm. And the fact that we can’t put a quick answer on it and just make it go away, I think that makes people equally uncomfortable and that’s human nature.”

Dr. Shaun Fletcher, an academic advisory board member for The Institute for the Study of Sport, Society and Social Change and professor of public relations and sports communications at San Jose State University, told Fox News Digital that more voices need to be heard at the table when it comes to transgender athletes’ protections under Title IX.

“I think that it needs to be a collaborative conversation in terms of what’s done with Title IX. The education amendments of 1972 that gave us Title IX, it prohibits exclusion on the basis of sex from any organization or any educational organization that receives federal finances and, of course, it became inclusive of sport when the addition of activity was added into Title IX,” Fletcher said.

“But that doesn’t really have protections over FINA or the IOC or other governing bodies that we continue to see discrimination from the trans community but also non-conforming community as well.”

He mentioned the case of track star Caster Semenya of South Africa, who had higher-than-normal levels of testosterone. Semenya, who has what’s called 46 XYDSD condition, was left with the decision to either use drugs or have surgery to lower her testosterone levels. She chose not to compete in the Tokyo Olympics after an exhausting legal battle.

In this May 3, 2019, file photo, South Africa’s Caster Semenya crosses the finish line to win gold in the women’s 800-meter final during the Diamond League in Doha, Qatar.
(AP Photo/Kamran Jebreili, File)

“We’re putting our athletes through a lot of painful literal and figurative hoops and hurdles with really no resolution at the end of it to tell them that this is the standard that is being set for competition,” Fletcher said. “There needs to be a joint effort to determine the metric because athletics and institutions, they go off of metrics and standards that can be applied to the masses.

“If there is (an) agreed-upon hormonal levels, if there is a safe agreement that can be garnered between collaborative minds, experts in the scientific community, the trans community (and) governing bodies to where there is a safe standard that is set for fair play, and we can determine what fair play is, it should be abstract. It needs to be defined, I think that’s the only way that we can start taking steps towards it. But by no means is there going to be one opportunity that’s going to solve it all because we’re still trying to undo a system that is largely binary.”

What’s fair and what’s right may be two different things.

Schuyler Bailar was the first openly transgender NCAA Division I swimmer who transitioned from female to male when he committed to Harvard. Bailar was originally recruited for the women’s swimming and diving team and later transitioned during a gap year and chose to compete on the men’s team.

Braceras noted that when it comes to transgender men participating in biological men’s sports, it doesn’t end up hurting women in the end.

“It doesn’t hurt men when female athletes play on their teams, but it does hurt women,” Braceras contended. “So, our point is that we are being asked to be inclusive, but only women are forced to bear the burden of the inclusion and that’s not fair.

“Women’s sports needs to be sacrosanct. Women’s sports need to be separate in order to be equal. There is no equality in sport without separate women’s teams. Anybody can really swim or play on a men’s team without it having a harmful impact, but it’s not true in the other direction.

“My feeling is that anybody who is biologically male or who identifies as a male should compete as a man and that women’s sports should be only for biological women.”

Estrin said he wasn’t sure how to make things fair for everybody.

“I honestly don’t know. We need to continue the conversation,” Estrin told Fox News Digital. “We need to really dig into the science when someone decides to begin to transition, especially, using hormone therapy and the blockers. What does that really mean to her body (with respect to trans women)?

“For instance, in basketball, (women are) over 6 feet tall. Their hand size and shoe size is huge. And maybe that’s what attracted them to the sport. Did they have an unfair advantage to the young lady that wants to play basketball and is 5-foot-4 and has to jump three times as high? I don’t’ think we’re ready to make decisions about what is fair and just. I think the protection part is extremely important.”

As of May, 19 states had passed laws banning or restricting transgender participation. Some laws have been met by lawsuits from the American Civil Liberties Union. Other laws passed in some states allow gender identity to determine an athlete’s eligibility, but the rules and legislation vary state to state, school to school or even sport to sport.

The Department of Education under the Trump administration contended in a key legal case that the word “sex” be interpreted strictly to mean a person’s assigned sex at birth. The Biden administration’s department views Title IX’s phrasing about discrimination on “the basis of sex” to also “include discrimination on the basis of gender identity and sexual orientation.”

Lia Thomas after winning the women’s 500-yard freestyle during the 2022 NCAA Division I women’s swimming and diving championships at the McAuley Aquatic Center on the campus of the Georgia Institute of Technology March 17, 2022, in Atlanta.
(Mike Comer/NCAA Photos via Getty Images)

A firmer solution under the Biden administration seems unlikely. Biden rolled back several of the Trump administration’s rules regarding transgender rights, but legislation has gone nowhere.

Fletcher said the language to broaden the terms of discrimination is not specific enough but predicted transgender athletes would eventually be afforded protections under Title IX.

“Gender identity has somewhat been postscripted into the application of (Title IX) across our educational institutions and that then leaves a lot of ambiguity, which is dangerous,” he told Fox News Digital. He added that if the language isn’t specific, it puts those fighting for rights at a deficit as they try to hold institutions accountable.

“If it’s not covered specifically in that amendment, it’s very difficult when this moves through legislative and legal routes to form protection and then precedents that future discriminatory cases will be legislated through and by.”

Fletcher added that Title IX can’t be a one-size-fits-all box “unless there are some significant amendments to it, which there also has to be further exploration as to what does that compromise, what are the potential trade-offs for it.”

“But Title IX may be an avenue for stronger protections for our trans athletes,” Fletcher added. “I do not want it to be somewhat of a scapegoat for us to not look at and explore and exhaust other protective mechanisms for trans athlete inclusion and rights and safe participation in competitive sports because they want to compete like the general population.”