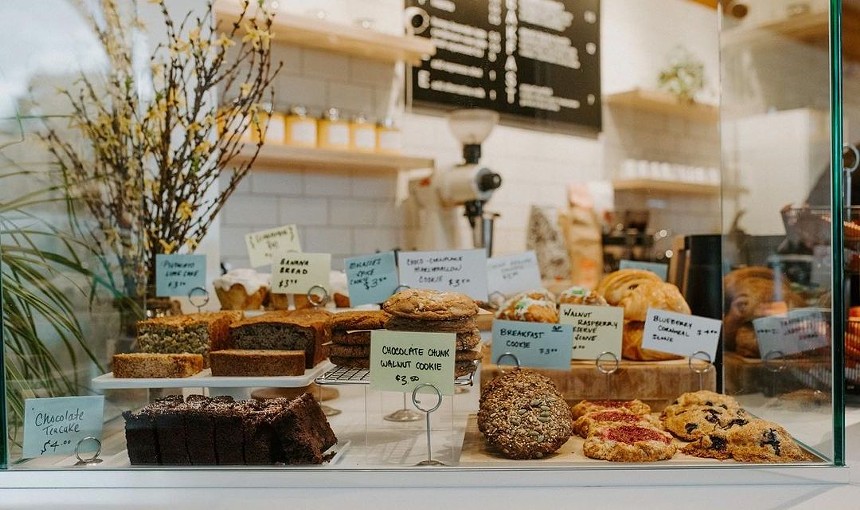 
Three new coffee shops have opened in metro Phoenix, adding to a growing coffee scene that keeps us sipping, fully caffeinated, and refreshed throughout the sunny days.

Here’s what to expect at Phoenix’s newest coffee destinations.

The pastries are picture-perfect at Berdena’s.

Berdena’s hosted a grand opening celebration on July 30 for its first Phoenix location at The Frederick, a collective of multiple businesses at Twelfth Street and Missouri Avenue.

“Yes, the rumors are true! We are finally at the finish line!” the business posted on Instagram, announcing its first day open at the mixed-use space, which debuted in May of last year.

The cafe opened its first Old Town Scottsdale location at Fifth Avenue near Goldwater Boulevard in 2017 complete with white ceramic tiles and a periwinkle blue espresso machine. Its second cafe at Main and 75th Streets opened in August 2021 in collaboration with beauty studio Melt by Melissa.

The popular coffee shop, known equally for its breezy aesthetic, welcoming staff, and avocado toast that won our Best of Phoenix award in 2017, also plans to offer natural wine and small bites in the evening, according to What Now Phoenix.

“Look ma, we made it! Phoenix, we love you already,” the coffee shop, which also has locations in Portland and New York, wrote on Instagram.

The menu features tried and true classics like lattes and mochas, in addition to adaptogenic drinks like the Golden Milk Latte and Stressless Hot Cocoa, and locally-inspired specialty drinks like the Prickly Pear Tonic with espresso and the Cold Brew Shandy with house-made butterfly pea blossom lemonade and orange blossom honey.

Mis Raíces Café is the newest addition of the caffeine variety to the Grand Avenue arts district near downtown Phoenix. The family-owned cafe, located between Earth Plant Based Cuisine, El Charro Hipster Bar and Cafe, and Testal Mexican Kitchen, held a ribbon-cutting ceremony on July 16 to celebrate its opening.

Phoenix New Times recently sampled a few of the brick-walled coffee shop’s sweet beverages, inspired by Mexican desserts and candies, including a Mazapan-flavored iced coffee topped with whipped cream. Mazapan is a popular Mexican candy made of almond meal, sugar, and honey.

Mis Raíces, which means “my roots” in Spanish, also serves goodies like cinnamon buns, churro cheesecakes, chocolate chip, and coconut cookies, part of a sweets menu that Sánchez hopes to change each week.