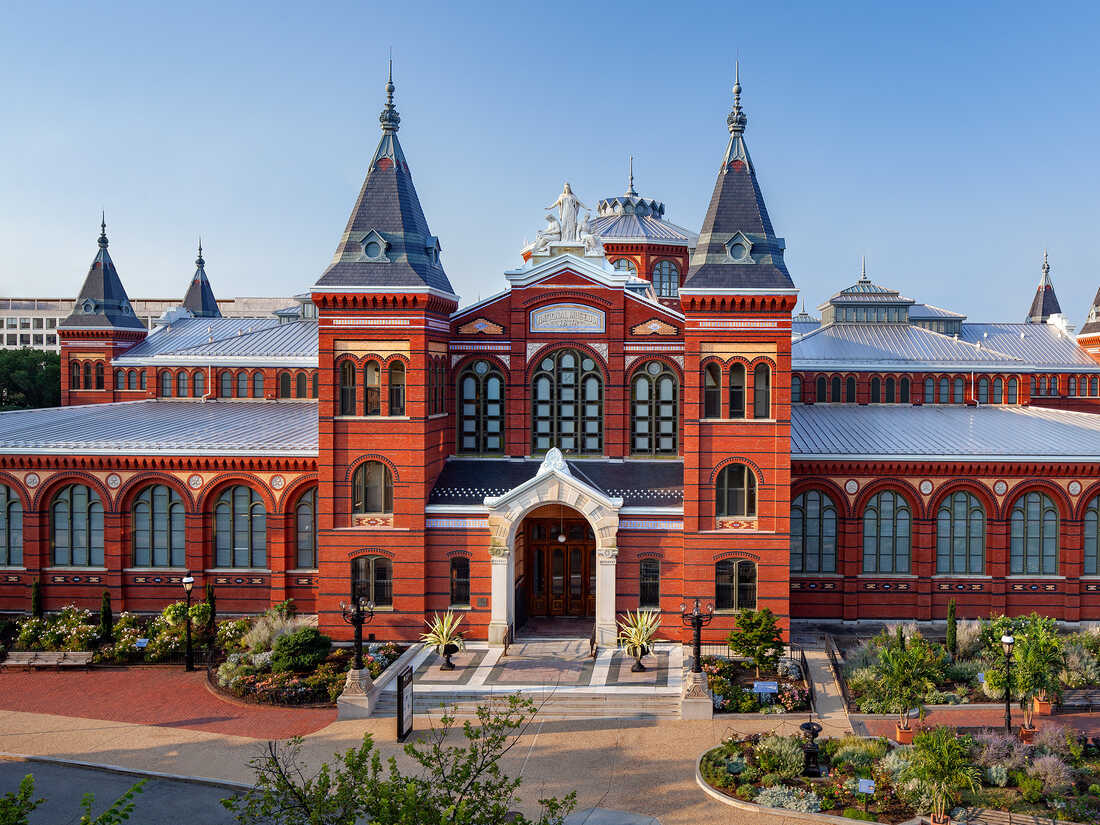 The Smithsonian’s Arts and Industries Building on the National Mall is one of four sites selected as possible locations for two new museums.

The Smithsonian’s Arts and Industries Building on the National Mall is one of four sites selected as possible locations for two new museums.

The Smithsonian is one step closer to creating two new museums. Four sites have been announced as possible locations for the National Museum of the American Latino and the Smithsonian American Women’s History Museum.

The Board of Regents, the Smithsonian’s governing body, announced the sites Wednesday. They are:

Both museums were authorized by Congress in 2020 but efforts to create them have been going on for decades.

A campaign to create a Smithsonian museum dedicated to Latinos has been active since 2004. President George W. Bush first established a commission to study a Latino museum in 2008. The Smithsonian recently opened ¡Presente! A Latino History of the United States. As NPR’s Miranda Mazariegos recently reported, the exhibition is a “small but vibrant” preview of the future Latino museum.

A bill to create a commission to study a Smithsonian museum dedicated to women’s history was introduced in 1998. At the moment, the Smithsonian American Women’s History Museum is a digital site.

Each site will now go through an evaluation process that will assess, among other things, capacity for a building, views, accessibility, environmental concerns and the “opportunity for architectural expression,” according to a Smithsonian press release.

“It’s an intricate process,” Jorge Zamanillo, founding director of the Smithsonian’s National Museum of the American Latino, tells NPR. Also time-consuming. Using the National Museum of African American History and Culture as a guide, Zamanillo says, “We know it’s over a decade of fundraising and design construction and all those things.” He estimates the two new museums will open in about 10 to 12 years.

“Selection of a site is one of the most consequential decisions for a museum,” says Smithsonian Secretary Lonnie Bunch III. He presided over the creation of the National Museum of African American History and Culture.

To decide on the final four sites, the Smithsonian conducted surveys and consulted with civic groups, government leaders, artists and educators, among others. “It is important that the steps we take ensure a transparent, inclusive and thorough process,” Bunch says.