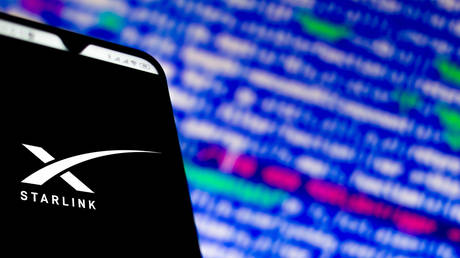 SpaceX has warned that certain 5G cell phone networks could make its Starlink internet services unusable, issuing a lengthy analysis on the potential problems as TV provider Dish pushes to tap into a new spectrum for its 5G products.

Released this week, the SpaceX review concluded that 5G mobile services using the 12GHz spectrum could pose serious issues for its users, saying the satellites use the 12GHz band to “provide critical downlink services to Americans in every corner of the nation.”

Should the television provider use the spectrum in question, SpaceX said interference could result in complete outages for its American users “74 percent of the time.”

The company currently has some 2,700 Starlink satellites in low-earth orbit, providing web services to hundreds of thousands of people, though CEO Elon Musk has said he hopes to bring the total number of satellites to 42,000 in the coming decades.

Dish, for its part, has insisted its 5G project would be a “win-win” for all parties involved, with a company executive stating last year that the firm has no issues with SpaceX and believes “co-existence is possible.” In response to the new analysis, Dish said its “expert engineers” are evaluating SpaceX’s latest claims.

The two companies have traded blows before the Federal Communications Commission (FCC), with Dish previously accusing SpaceX of failing to respond to its “expert studies” on the 5G question, while the aerospace firm has alleged Dish “filed intentionally misleading reports” to the agency.

The spat with SpaceX is not the first major public dispute over the use of 5G, as the technology develops and becomes more widely used around the world. A series of US airlines have objected to the deployment of 5G networks around airports, arguing they could interfere with aircraft safety systems. Cell providers Verizon and AT&T have spearheaded the rollout plans after winning around $80 billion in contracts to install the technology around the US in 2021, but have since agreed to create temporary ‘buffer zones’ around airports to allow time to resolve the interference risks.