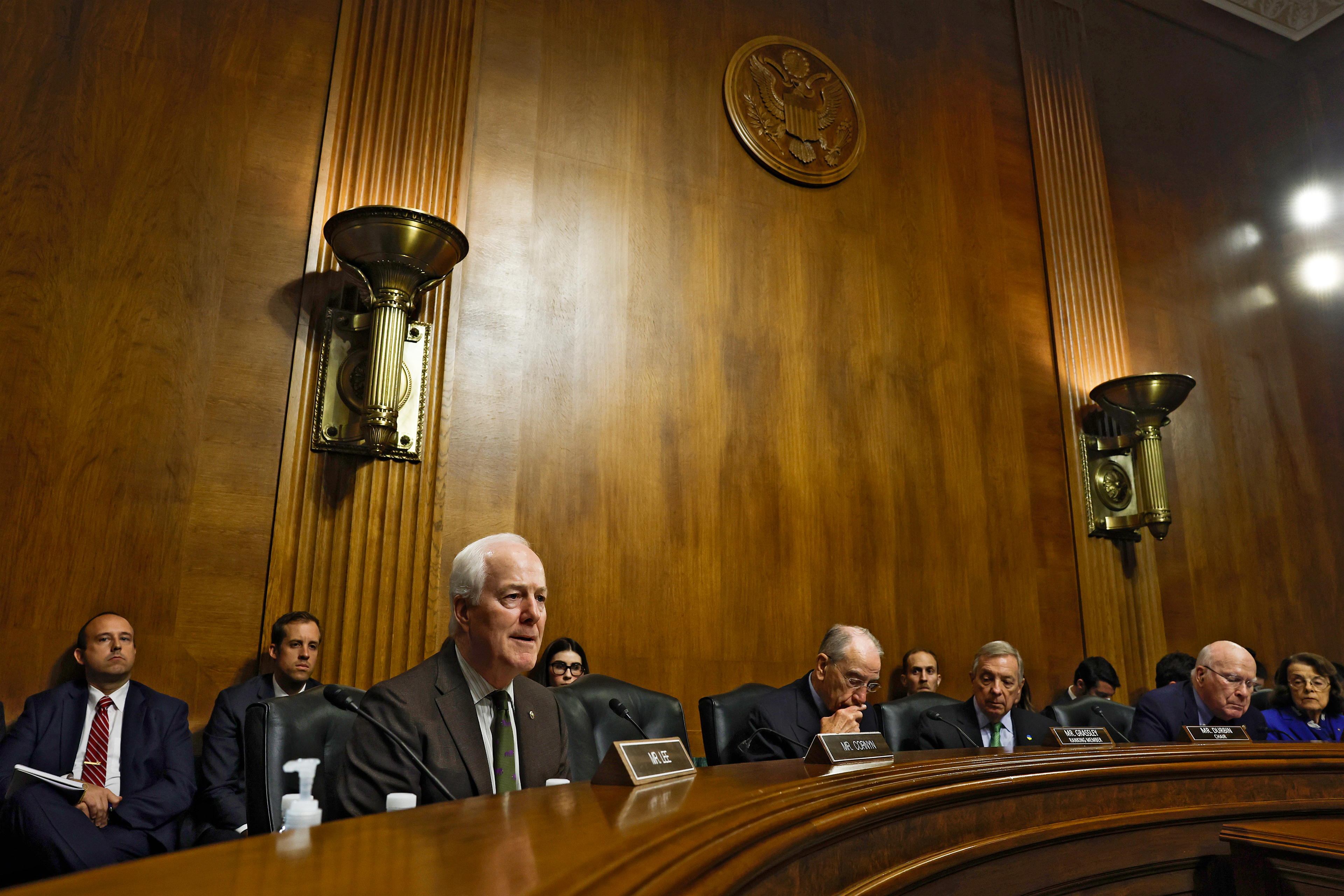 A bipartisan U.S. Senate agreement negotiated after high-profile mass shootings in Texas, New York, and Oklahoma lacks gun access restrictions that advocates say are needed to prevent such attacks. But the deal’s focus on mental health has raised hopes — and doubts — that it will help reduce gun suicides, particularly in rural Western states with wide-open gun laws.

Conservatives in Congress, mirroring their counterparts in those Republican-led states, are resisting sweeping policies that would restrict access to guns, such as raising the minimum age for purchasing AR-15-style rifles to 21. Proposals to change age limits emerged after guns of that type were used recently in an elementary school shooting in Uvalde, Texas; a grocery store shooting in Buffalo, New York; and a hospital shooting in Tulsa, Oklahoma.

Instead, 10 Republican senators signed on to a framework that includes a provision that would help fund red flag laws, which allow courts to temporarily confiscate firearms from people deemed a threat to themselves or others. Nineteen states and Washington, D.C., have such laws. If all 48 Democratic senators and two independents who typically vote with the Democrats are in agreement, that group would be large enough to overcome any filibuster and pass the bill.

The deal also includes enhanced background checks for people younger than 21 and significant investment in mental health and telehealth resources. A draft of the bill was released Tuesday.

But gun control advocates say the deal leaves out measures that have been shown to help prevent suicides — the leading cause of deaths involving guns in the U.S. — such as mandatory waiting periods and safe-storage requirements. They also caution against linking high rates of gun suicide to mental illness.

“It’s important to be really clear that people with mental illness are more likely to be victims of gun violence than perpetrators,” said Sarah Burd-Sharps, senior director of research for the gun control advocacy group Everytown for Gun Safety.

Residents of rural states are particularly vulnerable to gun suicides. Research has found a relationship between isolated rural living and “deaths of despair,” those related to substance use, mental health issues, and suicide. Some studies suggest that living at higher altitudes — a reality for many residents of the Mountain West — increases the likelihood that a person will develop symptoms of depression or suicidal tendencies.

Montana had the second-highest rate of gun suicides nationwide in 2019, according to the state health department. From 2010 to 2019, 86% of all Montana firearm deaths were suicides, compared with 61% nationally. Research overwhelmingly concludes that stricter firearm safety laws help curb gun violence.

However, Montana has almost no restrictions on who can buy a gun, what kind of gun a person can purchase, when it can be bought, or how it can be carried in public. The state no longer requires people to obtain a permit to carry a concealed weapon in public places, and lawmakers in Helena passed a law in 2021 that bars universities from regulating firearm possession on campus. That law has been temporarily blocked during a legal challenge.

Wyoming, Alaska, and Idaho similarly have high rates of gun suicide and relatively few restrictions on firearm purchases and possession.

Andrew Rose, a 24-year-old living in Boise, Idaho, knows firsthand how permissive gun laws can have fatal consequences. Rose’s brother killed himself in 2013, using a gun he had purchased the same day.

Rose describes his brother’s suicide as “a moment of crisis,” one that might have passed if Idaho had a mandatory waiting period in place that forced him to pause and consider his plans. Rose believes “the accessibility of guns has everything to do with the suicide rate” and the death of his brother and others like him.

Proposals to restrict gun access in these states are regularly scuttled, so advocacy groups have focused on prevention through mental health care services.

But forcing someone who has a mental illness and is on the cusp of violence into treatment is difficult, said Matt Kuntz, executive director of the Montana chapter of the National Alliance on Mental Illness. “In a state like Montana, where we have so many people who value their gun rights but who also need help, how do you make it as easy as possible?” he said.

Provisions in the U.S. Senate deal are worth exploring, Kuntz said, but any successful federal gun control legislation must be based on state laws that have been tested. “States need to be the laboratories of innovation,” he said.

States with lower gun suicide rates tend to have stricter gun policies. Depending on the state, research shows that for every 10 to 20 firearms removed using a red flag law, also called an extreme risk law, one suicide is prevented.

Nine states and Washington, D.C., have some version of a mandatory waiting period, in which there is a delay of three to 14 days for a person to buy a gun. A 2017 study found that waiting periods can reduce gun suicides 7% to 11% and gun homicides 17%.

Waiting periods “create a buffer of time for a person in crisis to think,” Burd-Sharps said. “It can be the difference between someone walking out with a gun and carrying out their plan in a suicidal crisis or reconsidering and saving their life.”

Safe-storage laws, or secure-storage laws, are considered one of the most effective ways to prevent a young person from accessing a gun kept in their household. In eight states and Washington, D.C., firearm owners must keep their guns unloaded, locked, and separated from ammunition. Nearly two dozen states have laws that make firearm owners liable if a child uses their weapon.

But getting enough support for such measures to pass in an evenly divided U.S. Senate would likely be difficult. Even the red flag provision in the agreement came under fire as the framework evolved into legislation, said the lead Republican negotiator, Sen. John Cornyn of Texas.

Donald Trump Jr. stoked that opposition in a recent tweet, saying, “Any ‘Republican’ selling out to the left to support this trash might as well put a (D) next to their name.”

Sen. Steve Daines, a Montana Republican, has said he thinks Congress should not “meddle” in states’ decisions about whether to adopt red flag laws.

Republicans aren’t the only lawmakers who have their limits when it comes to gun restrictions. Democrats from rural states are also sensitive to them. Sen. Jon Tester, a Montana Democrat, said measures with broad public support such as stronger background checks and more money for behavioral and mental health services would help combat Montana’s high suicide rate. But Tester told HuffPost that he opposes other measures, such as raising the minimum age to buy semiautomatic rifles.

“I wish everyone understood that if we act together we can make monumental change,” Rose said. “I wish people understood that it is fully within our power to save lives. We simply have to stand up and say the truth.”