DUBAI, United Arab Emirates — Saudi Arabia’s Crown Prince Mohammed bin Salman has visited Turkey for the first time in years, marking a rapprochement between two of the wider region’s most important political, military and economic players after a period of strained relations.

Ties between the two countries were all but severed following the murder of of journalist Jamal Khashoggi inside the Saudi consulate in Istanbul in 2018. Turkish President Recep Tayyip Erdogan at the time accused the Saudi prince of orchestrating the murder, something he and his government have strongly denied.

Since 2020, an informal boycott on Turkish goods in Saudi Arabia has been in place, and the kingdom for a period barred travel and flights into Turkey.

The crown prince and Erdogan are now aiming to fully normalize their relationship. A joint statement issued following the leaders’ talks detailed a new period of bilateral ties, including the removal of trade restrictions, more scheduled talks and a possible currency swap.

This comes as Turkey faces an economic crisis, with inflation at a record high of more than 70% and a severely depreciated currency. The Turkish lira has lost more than half of its value in the last year.

“We should read this rapprochement as part of a broader normalization effort by Turkey with countries in the region” which it has been on bad terms, Pinar Dost, deputy director at the Atlantic Council in Turkey, told CNBC’s Dan Murphy on Thursday. In addition to Saudi Arabia, Erdogan has made efforts to normalize ties with the United Arab Emirates and Israel, and talks with Egypt are also reportedly progressing.

“First of all Turkey would like to end its regional isolation; the country suffered greatly from being isolated,” in areas like the Eastern Mediterranean, Dost said, where a number of countries formed a platform to cooperate on gas extraction there and Turkey was excluded.

“For Turkey this rapprochement with all these countries also means an attempt to be included in the regional calculus,” she said, adding that economic interests are also at play for Ankara. Saudi Arabia is an important market for Turkish goods and tourism, and the ending of Saudi Arabia’s informal ban on trade between the countries will “help relieve economic pressure on Turkey,” she added. In May, the kingdom resumed flights to Turkey after a two-year pause.

The visit also comes ahead of President Joe Biden’s trip to the Gulf next month, which will include a visit to Saudi Arabia in a bid to mend ties with the kingdom after Biden in 2019 insisted on treating the Saudis as “the pariah that they are” and vocally criticizing the country’s human rights abuses.

That visit, analysts say, will be aimed both at attempting to convince the Saudis to pump more oil to alleviate painfully high global fuel prices, as well as trying to foster closer ties between the Saudis and Israel, nearly two years after the U.S.-brokered Abraham Accords that ushered in a historic diplomatic normalization between Israel and the UAE.

For some regional observers watching the developments unfold, the change in posture from Erdogan, an often combatant and staunch nationalist allied with Muslim Brotherhood Islamists that Gulf states view as threats, is stunning.

“It really shows what a tight financial position Erdogan is in and how desperate he is now for cash, and also politically how difficult it is now for Erdogan,” Ash added. “Remember here that he made such a thing of the Khashoggi incident and is also really here surrendering his leadership around the Muslim Brotherhood/political leadership issue.”

The Turkish foreign ministry did not reply to a CNBC request for comment.

Turkey has been moving to position itself as a key power player in the Middle East and Black Sea region, building on its existing advantages as the second-largest military in NATO and fixing relationships with influential countries it had previously angered.

Turkish officials are currently holding talks with Russian counterparts in an attempt to find a solution to Moscow’s blockade on Ukrainian ports, which has deprived entire regions of desperately needed grain imports. Turkey is also the only NATO member currently opposing Finland and Sweden’s accession onto the defense alliance, using its leverage to potentially gain concessions, analysts say.

And a key outcome of its improved ties with Saudi Arabia, Israel and the UAE could be “a step further in the consolidation of the anti-Iran camp in the region, as Ankara moves closer to the Arab-Israeli axis emerging against Iran,” Dost said.

Multilateral negotiations over the Iran nuclear deal have stalled for months, with the U.N.’s nuclear watchdog, the International Atomic Energy Agency, now warning that Iran is closer than ever to having the capability to build a bomb. 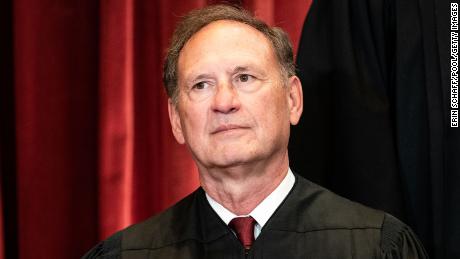 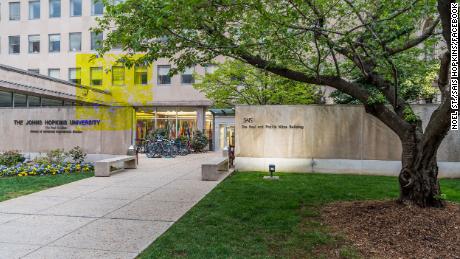 Google CEO Sundar Pichai speaks at a panel at the CEO Summit of the Americas hosted by the U.S. Chamber of Commerce on June... 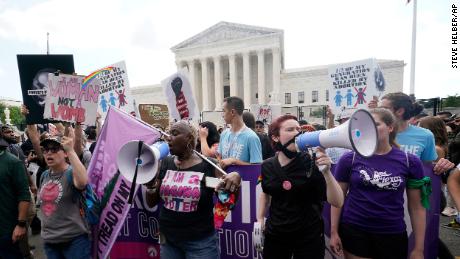 How abortion bans could be enforced with Roe v. Wade reversed

What has been the pattern abroad in countries that ban abortion, along with United States’ own experience before Roe, previews a complicated and unequal...