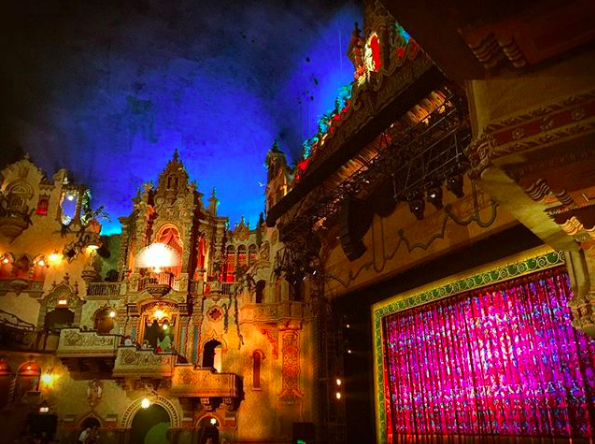 Shows include a performance from Emmy-nominated comedian and best selling author Randy Rainbow, an raunchy magic show, and even the Beach Boys.

San Antonio’s Majestic and Empire Theatres on Friday threw back the curtains on five fall shows — all with tickets now on sale.

The upcoming performances include Emmy-nominated comedian and best-selling author Randy Rainbow, a raunchy magic show and even the Beach Boys. Here’s the rundown:

The Beach Boys
This iconic oldies band will be bringing “Fun Fun Fun” to the Majestic on Monday, Oct. 3 as part of the group’s Sixty Years of Summer Tour. Tickets start at $50.

An R-Rated Magic Show
Looking for some magic in the bedroom? Then look no further than An R-Rated Magic Show, coming to the Empire  on Monday, Nov. 14. Gawk as comedy magician Grant Freeman performs magic acts sprinkled with raunchy surprises. Tickets start at $31.

Potted Potter
Never had the time to read the books or watch the lengthy films? No problem. This Oliver Award-nominated show squeezes the entire saga into a hilarious 70 minutes of wizarding magic. Potted Potter will run at the Empire Theatre from Nov. 22-27. Tickets start at $29.50.

The Doo Wop Project
Featuring stars from Jersey Boys and A Bronx Tale, this musical act follows the journey of how “five guys singing harmonies on a street corner” evolved into some of the greatest music in American pop and rock history. Expect to hear the classics of the genre repeated, and in some cases reimagined. Tickets start at $29.50.

Tickets all the shows are available at majesticempire.com.

Get our top picks for the best events in San Antonio every Thursday morning. Sign up for our Events Newsletter.

[ad_1] CHICAGO — The playing surface at Soldier Field was the subject of criticism throughout the Bears‘ 19-14 preseason win over the Kansas City...

[ad_1] A man drove a vehicle into a barricade near the US Capitol early on Sunday and opened fire in the street before fatally...

[ad_1] Oklahoma got a commitment from ESPN 300 prospect Jacobe Johnson on Saturday. Johnson is the No. 43 recruit overall and the No. 3...