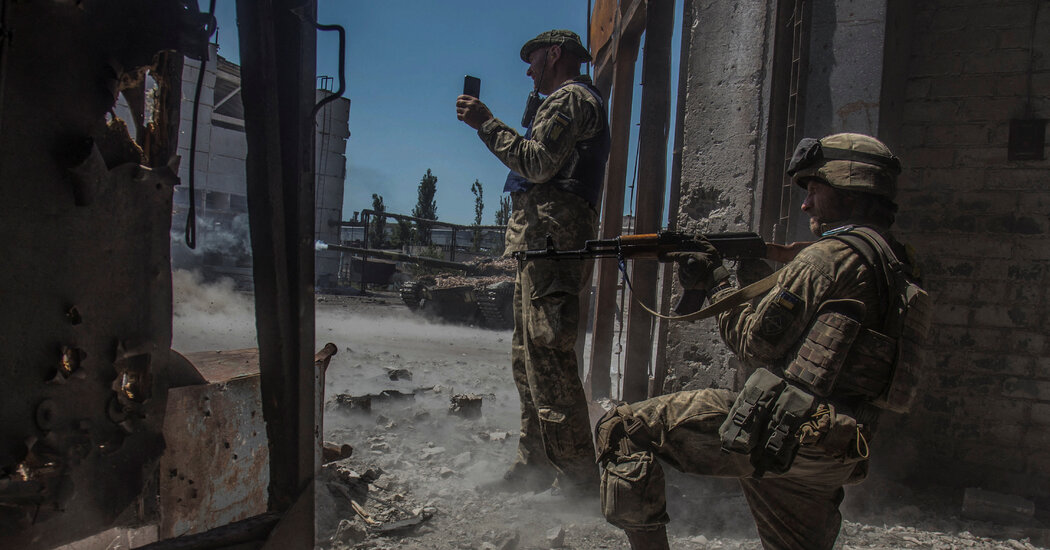 And in the east, Russian reconnaissance units have tried to scout Ukrainian artillery positions in an attempt to destroy them and seize higher ground behind the city. “We are being pressed closer to the city,” said Oleksandr Voronenko, a military police officer in Lysychansk. “As long as there is a corridor through Siversk to Lysychansk, we will stand.”

While Russia seems to have made gains in Donbas, Ukraine has vowed a counterattack on Russian-occupied territory in the southern Kherson region, despite the risks to civilians in the territory.

This week Ukraine’s deputy prime minister, Iryna Vereshchuk, urged civilians to flee — even to Crimea, the peninsula seized by Russia in 2014 — rather than try to survive fighting in places where Russian forces have amassed sizable defenses.

“We know that today it is almost the only humanitarian corridor available, if it can be called that, that can be used to leave,” Ms. Vereshchuk said at a news conference. “So, if possible, get out of there, especially if you have children.”

Russia’s gains have left towns and cities as ashen husks, bombed out, deserted and often lined by freshly dug graves. Ukrainian officials have estimated that tens of thousands of civilians have been killed, and recently said as many as 100 to 200 soldiers were dying a day.

The Russian government has largely kept silent on its casualties in the course of the war, leaving families uncertain about whether their sons, brothers and spouses are dead or alive — even weeks after major, public losses, like the sinking of the warship Moskva. The Defense Ministry, in its last casualty announcement on March 25, reported 1,351 deaths. In April, Western officials estimated Russia had lost 15,000 soldiers. Last week, Ukraine put the Russian toll at 33,000. None of these figures can be corroborated independently.