It has arrived – National Signing Day for the 2023 class. The Early Signing Period opens today and the vast majority of elite football prospects are expected to sign with their future colleges.

This is your one-stop-shopping spot for all the news, analysis and interviews on the day.

One of the most electric receivers in the 2023 recruiting class went off the board on Wednesday when Cayden Lee signed with Mississippi. Ryan Wright has the full story here.

Two late official visits to Florida State and South Carolina weren’t enough to pry Kamren Robinson away from the in-state Virginia Cavaliers. The Tappahannock (Va.) Essexx linebacker announced his decision to stick with his original commitment and sign with Tony Elliott‘s program. More from Adam Friedman about Robinson here.

The flip of four-star running back Jayden Limar has been finalized from Notre Dame to Oregon, something that has been telegraphed for some time. Adam Gorney explains how it happened here.

For months, Florida 2023 five-star defensive end Damon Wilson was back and forth between Georgia and Ohio State. In one of the most highly anticipated announcements on Wednesday, Wilson signed with the Georgia Bulldogs. Check out Wilson’s interview with Ryan Wright here.

When Caleb Presley started to seriously go through his recruitment and look at schools, Washington was not at the top of the list. The four-star cornerback from Seattle (Wash.) Rainier Beach did not hit it off as much with the old Washington staff but once Kalen DeBoer took over, the recruitment from the Huskies picked up and never relented. Adam Gorney has more on Presley’s flip from Oregon to Washington here.

Four-star cornerback Damari Brown kept everyone in suspense with his recruiting process looking at Alabama, Florida State and Miami in the closing days ahead of the Early Signing Period. But a late push from Miami kept the local American Heritage defender home for college. Ryan Wright breaks it down here.

If Tre Spivey was told earlier in his recruitment he would end up signing with Kansas State, the three-star receiver would not have believed it. But it’s reality as the Wildcats won out in his recruitment and Spivey could not be any happier about his decision. More from Adam Gorney here.

Arizona State pulled off a stunner by landing Florida cornerback Shawn Russ. The four-star defender out of Fort Myers’ Dunbar High School was loaded with ACC, Big Ten, and SEC offers but a last-minute official to Tempe sealed the deal. More from Ryan Wright here.

There was a lot of anticipation surrounding the signing day decision of Montgomery (Ala.) Carver defensive tackle James Smith, but as many expected, the Rivals250 prospect will stay in-state to play for the Alabama Crimson Tide. Sean Williams has more on the story here.

One of the most interesting recruiting battles in the 2023 class came to a close on Wednesday when four-star defensive end/linebacker Jaquavious Russaw signed with Alabama. Russaw kept his cards close to his vest with his recruiting process leaving fans in suspense down to the end. Ryan Wright breaks down his commitment here.

Maryland has been making waves on signing day and its latest major addition is former Ole Miss commit Neeo Avery. The defensive end out of Olney (Md.) Good Counsel is Maryland’s most recent commitment from the local powerhouse program. Adam Friedman shares his thoughts here.

Adam Gorney and Clint Cosgrove break down cornerback Amare Snowden and his commitment to the Badgers.

New Auburn head coach Hugh Freeze is having a monster day. The next big win of the day was flipping four-star cornerback Kayin Lee away from Ohio State. Ryan Wright has more here.

North Crowley (Texas) tight end Ka’Morreun Pimpton has flipped his commitment from Vanderbilt to LSU and has signed with the Tigers on National Signing Day. More here from Nick Harris.

For four months, Savannah (Ga.) strongside defensive end Tavion Gadson was a Seminole, but late in the process, the SEC came knocking. Kentucky and Tennessee were impacting Gadson’s recruitment heading down to the Early Signing Period and the Wildcats eventually won on Wednesday. Ryan Wright has more here.

Zachary (La.) four-star defensive end Ashley Williams Jr. has committed to Arizona State on National Signing Day after being committed to Nebraska and Auburn during his recruitment. More from Nick Harris here.

Rivals250 four-star safety Isaac Smith has been one of the most coveted safeties of the 2023 recruiting cycle. SEC powers and programs stretching from coast to coast were in pursuit until signing day.

In the end, the Fulton (Miss.) Itawamba Agriculture defensive back chose Mississippi State. He picked the in-state Bulldogs over LSU, the other finalist in his recruitment that went down to the wire. More from Cole Patterson here.

Georgia has completed its flip of Kyron Jones. The Charlotte (N.C.) Charlotte Christian athlete had been committed to N.C. State since October but decommitted earlier this week and has now signed with the Bulldogs. More from Adam Friedman on the signing here.

Utah received a major boost to its 2023 recruiting class when four-star running back John Randle Jr. signed with the Utes. Clint Cosgrove has the story here.

One the biggest surprises during the Early Signing Period was four-star defensive end Keldric Faulk flipping his commitment from Florida State to Auburn. Ryan Wright has the full story here.

For months, it looked like five-star DE Matayo Uiagalelei was headed to Ohio State. In the end, though, Oregon won out for his signature. More from Adam Gorney here.

After months of back-and-forth between sticking with his Notre Dame pledge or flipping elsewhere, Denton (Texas) Guyer five-star Peyton Bowen has officially signed with Oregon on the opening day of the Early Signing Period. More from Nick Harris here.

Ohio State landed a priority 2023 target when former LSU commit Joshua Mickens announced his commitment to the Buckeyes during a ceremony at his school. More from Clint Cosgrove here.

A big day for Kentucky just got bigger signing four-star linebacker Jayvant Brown. Brown was committed to Michigan State on Nov. 13, decommitted on Dec. 18 and signed with the Wildcats on Wednesday. The full story on Brown from Ryan Wright can be found here.

The Florida State Seminoles fought to the end for Hollywood (Fla.) athlete Edwin Joseph and beat out a crowded field for the four-star. Ryan Wright has the full story here.

Four-star athlete Malachi Coleman chose Nebraska over Colorado live on Rivals.com in an exclusive interview with our Clint Cosgrove.

Virginia started recruiting Suderian Harrison early in the process and it has paid off in the form of his commitment. Adam Friedman has the full story here.

One of the bigger flips in the early part Wednesday was four-star WDE Isaiah Nixon signing with UCF over the Florida Gators. Ryan Wright has more on the story here.

Michigan got a big boost to their 2023 recruiting class securing four-star receiver Karmello English on Wednesday. The one-time Auburn commit was also being heavily recruited by the Kentucky Wildcats. Ryan Wright breaks it down here.

A late September scholarship offer turned into a signed National Letter of Intent from four-star RB Jordan Louie for North Carolina on Wednesday. Here’s the full story from Ryan Wright.

The biggest news on signing day so far is that someone is not signing. Five-star cornerback Cormani McClain has decided to hold off on signing his letter of intent with Miami as a tweet came from his mother early Wednesday morning. Adam Gorney has more here.

A four-month commitment to the Kansas Jayhawks ended just ahead of the Early Signing Period for QB Kasen Weisman. All eyes are now on Colorado for his signature after he visited the Buffaloes over the weekend. Ryan Wright has more here.

Maryland continued its strong finish to the 2023 recruiting cycle by flipping Tamarcus Cooley, an athlete out of Rolesville, N.C., who had been committed to N.C. State since July 4. Adam Friedman has more here.

There was a sprinkle of drama surrounding Handley (Ala.) running back Jamarius Haynes heading into the Early Signing Period, but ultimately the Clemson Tigers landed the signature of the talented three-star prospect. Read more here from Sean Williams.

Georgia did not give up on four-star cornerback Daniel Harris, even when he decommitted on Nov. 14. The Dawgs got him back on Wednesday. Ryan Wright has the story here.

Four-star QB Austin Novasad has flipped his commitment from Baylor to Oregon. Nick Harris has the story here.

Clint Cosgrove sits down with three-star offensive lineman Phillip Daniels to break down his commitment to Minnesota.

Plenty of news came out Tuesday heading into NSD, but the biggest by far was the flip by five-star OT Kadyn Proctor from Iowa to Alabama. Clint Cosgrove breaks it down here. 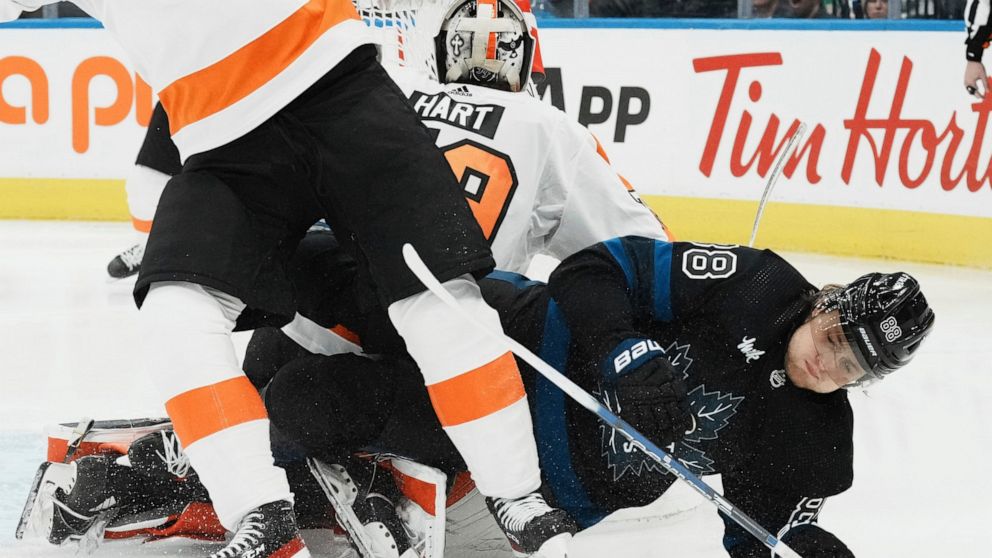 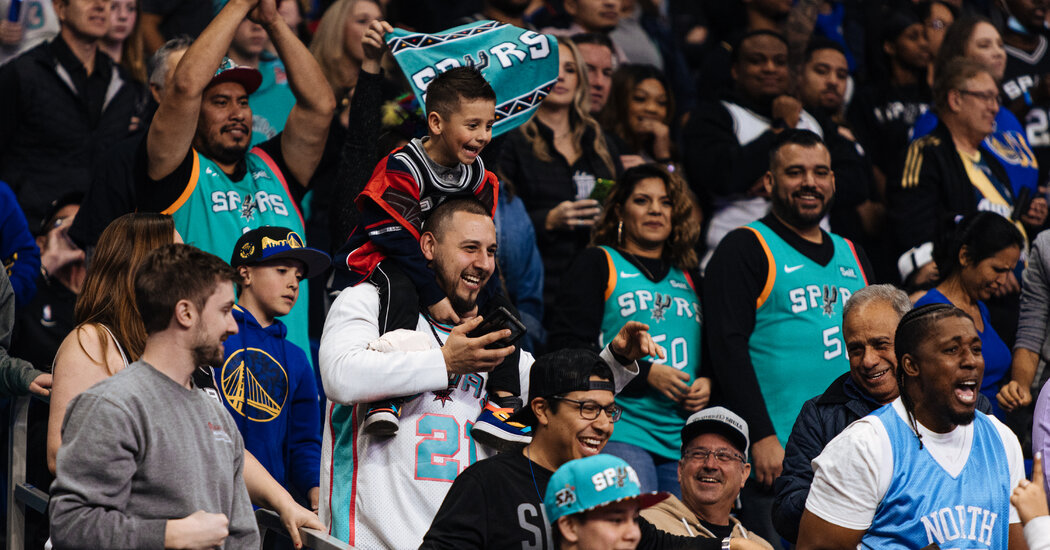 “And then someone said, ‘Well, maybe we can play a game there,’”… Keep up to date with all the latest golf news, reviews of… 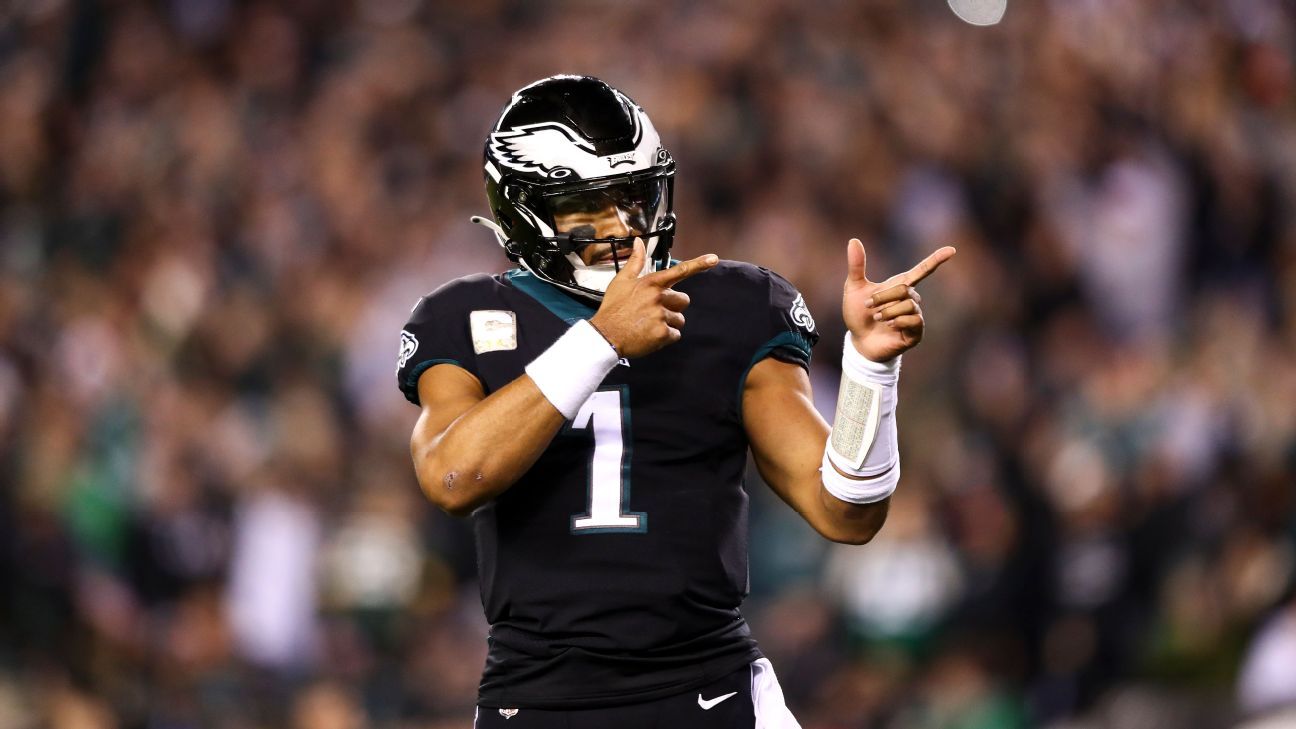 Brace yourself for truly groundbreaking fantasy football advice: In order to make…