Hours after North Korea launched an unprecedented barrage of missiles Thursday, including one that could theoretically reach the U.S. mainland, the South Korean and American defense chiefs met at the Pentagon.

Defense Secretary Lloyd Austin and South Korean Defense Minister Lee Jong Sup condemned the missile launches as “irresponsible” and promptly announced an extension of the joint air force exercise over the Korean peninsula that drew the North’s fire in the first place. Then the two men addressed the threat that loomed above the tit-for-tat escalation with North Korean leader Kim Jong Un. “The United States remains fully committed to the defense of (South Korea),” Austin told reporters at the Pentagon. “Our extended deterrence commitment is firm. And it includes a full range of our nuclear and conventional and missile defense capabilities.”

Another day, another occasion for a senior Biden Administration official to address the real possibility of engaging in a nuclear war.

Over the past year, global adversaries have routinely threatened to violate the decades-old taboo against the first-use of nuclear weapons. Launching a nuclear strike, once unthinkable in modern conflict, has become more and more normalized with each passing day of 2022. Meanwhile, the global revulsion against using the world’s most destructive weapons, which was borne out of the ashes of World War II, appears to have drastically abated.

In its absence is emerging a dangerous and unpredictable era where threats to cross the nuclear threshold have become commonplace by world leaders. Russian President Vladimir Putin has routinely threatened to deploy his nation’s nuclear arsenal amid his nine-month-old military campaign against Ukraine, a non-nuclear state. Kim, in North Korea, has launched more missiles this year than any since he took power in 2011 and has put the world on notice that his nuclear forces are fully prepared for “actual war.”

U.S. officials acknowledge the risk. Admiral Charles Richard, the commander of the U.S. Strategic Command, which oversees the nation’s nuclear forces, warned Thursday the new threats from Russia and North Korea are “vividly illuminating what nuclear coercion looks like” and the U.S. must be prepared for that. “This Ukraine crisis that we’re in right now, this is just the warm-up,” Richard said during a speech at the Naval Submarine League 2022 Annual Symposium and Industry Update. “The big one is coming. And it isn’t going to be very long before we’re going to get tested in ways that we haven’t been tested in a long time.”

Adjusting to this new reality, government officials and nuclear experts worldwide are scrambling to find ways to reduce the risk of nuclear conflict. The first question is whether diplomacy can be revivified to help. During the Cold War, the U.S. and the Soviet Union each had tens of thousands of nuclear warheads aimed at each other’s major cities and military installations. A stability, however tenuous, was generated through the shared notion of mutually assured destruction (MAD), an expectation that one nation’s decision to launch a nuclear strike would result in its own demise through an overwhelming counter-strike.

The two sides gradually drew down the numbers of weapons through various treaties designed to constrain the spread of nuclear arms. The current linchpin agreement, called the New Strategic Arms Reduction Treaty (START), limits the U.S. and Russia each to 1,550 deployed nuclear warheads—strategic weapons deployed in missile silos, submarines, and long-range bombers. “Russia has a long, responsible history as a nuclear weapon state, one of the core creators of the Nonproliferation Treaty and its successor agreements, including 50 years of successful nuclear agreements with the U.S.,” says Rose Gottemoeller, former deputy secretary general of North Atlantic Treaty Organization (NATO) and a retired U.S. diplomat. “That Putin is choosing to throw that all away to embrace nuclear pariah status along with Kim Jong Un is a tragedy, but I don’t think it’s a precedent.”

There are now nine countries with stockpiles, and while the majority of these nations don’t regularly threaten the use of nuclear weapons as Russia and North Korea recently have, they aren’t seeking reductions.

No arms-control treaty exists, however, for smaller “nonstrategic” warheads. The modern proliferation of these “tactical” nuclear warheads, which are designed to fit on short-range missiles for regional targets, is an attempt to exploit the battlefield advantage offered by nuclear weapons without triggering the world-ending MAD calculus. The idea is that a single detonation of these lower yield bombs might be devastating enough to damage, and deter, an adversary but not powerful enough to kick-start Armageddon. In practical terms, a tactical nuke wouldn’t reduce a city to rubble but could vaporize a command center or an advancing phalanx of tanks.

Yet the consequences of crossing the nuclear threshold would nonetheless be dire, and unpredictable. For starters, a single detonation of a “non-strategic” nuclear warhead could equal the power of the U.S. atomic bombs dropped on Japan in 1945 and cause thousands of casualties. And any use of a nuclear weapon would cross a strategic line for the first time in 77 years. “The development and the modernization of nuclear weapons as a response to this new era will not ensure or restore security but rather imperil it all the more,” says Shannon Bugos, senior policy analyst with the Arms Control Association, a Washington non-profit.

The possibilities for escalation increase by the day. North Korea launched at least 27 missiles and more than 100 artillery rounds into the seas surrounding the peninsula, beginning Wednesday in response to the U.S.-South Korean joint-military exercise. The salvos activated air raid sirens on a South Korean island and also in nearby Japan. One of the launches Thursday involved an intercontinental ballistic missile (ICBM) that plunged into the Sea of Japan after the second stage failed to properly separate. Analysts suspect it was a Hwasong-17, which is North Korea’s most advanced ICBM, capable of reaching the United States.

The launches came amid signs that the North may soon perform its seventh nuclear test at Punggye-ri underground facilities, where surveillance satellites have detected preparation activities. The escalation spiral of the last few days has served as the latest indication that coercive tactics by the U.S. and its allies are failing to compel North Korea to curtail its missile and nuclear programs, prompting questions about the possibility of assuming a new approach to the isolated nation.

The U.S. and South Korean defense chiefs did not signal any policy changes toward North Korea, but Lee dismissed the prospect of hosting U.S. low-yield nuclear weapons again inside his country. “We are currently not thinking to deploy tactical nukes on the Korean peninsula,” Lee told reporters at the Pentagon. A poll published by the Chicago Council on Global Affairs think-tank in February found 71% of South Koreans favor developing their own nuclear weapon while 56% wanted to once again host the American weapons, which were based on the peninsula for decades until they were removed in 1991.

Austin, for his part, said he believed the Biden Administration approach toward North Korea was working. “I believe that they are deterred from attacking South Korea,” he said. “And I also believe they are deterred from employing a nuclear device, either against the peninsula or against our homeland here in the U.S.” But he also issued a stern threat in a joint communique with his counterpart, saying that any nuclear attack against the U.S. or its allies, including the use of tactical nuclear weapons, is unacceptable “and will result in the end of the Kim regime.”

Down that road may lie the greatest danger of all. “These developments call attention to the underlying truth that is not new: Nuclear weapons are unacceptably dangerous and for most countries that have them, one person alone has the authority to launch them with few checks and balances,” says Lynn Rusten, vice president at the Nuclear Threat Initiative and former senior official on arms control and nonproliferation issues at the White House and State Department. “The idea that reliance on nuclear weapons for national and global security is sustainable for the long-term is delusional. A blunder will happen sooner or later.” 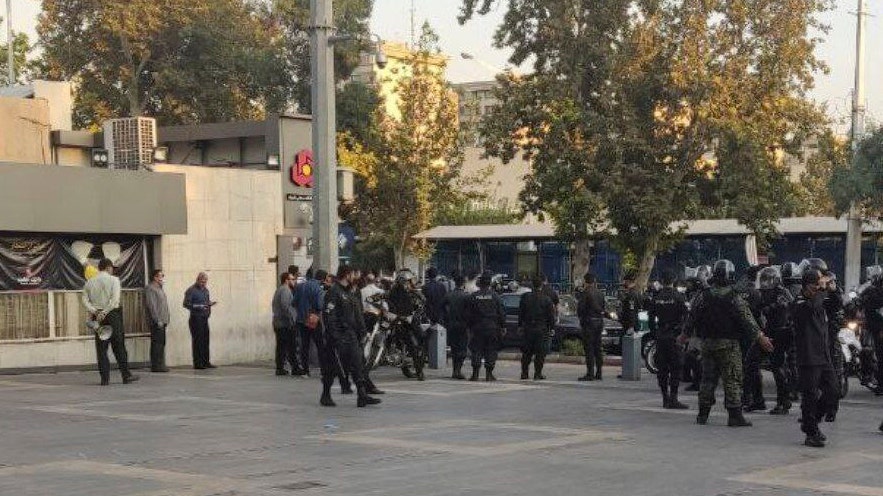 The aging brick campus of the Sharif University of Technology, Iran’s elite… 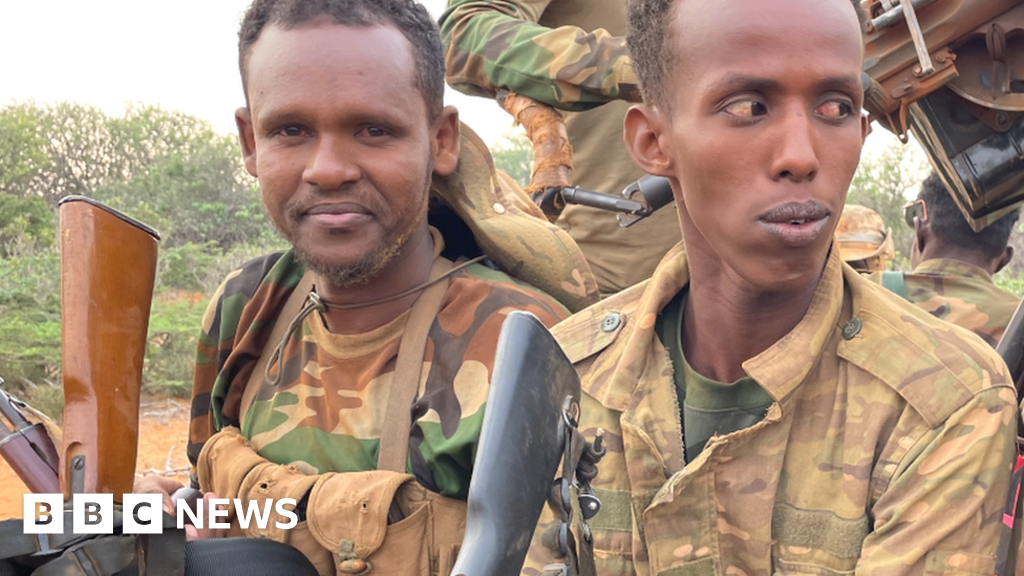