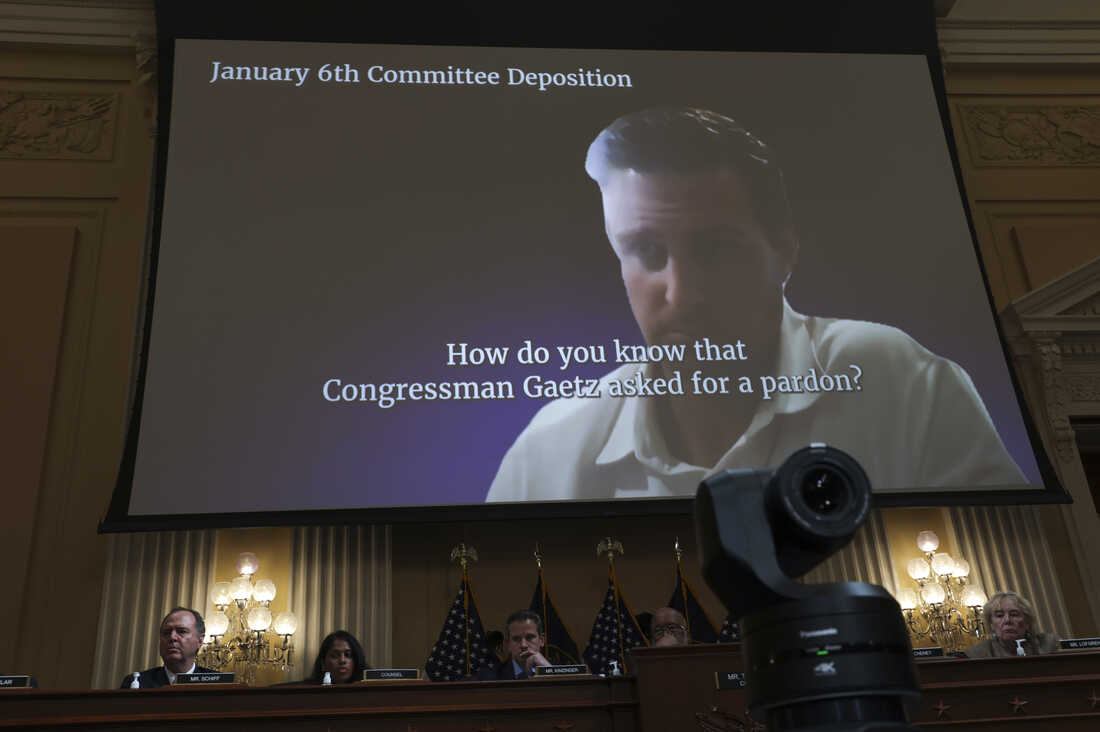 A video displays a discussion about presidential pardons on Thursday during the fifth hearing by the House Select Committee to Investigate the January 6th Attack on the U.S. Capitol. 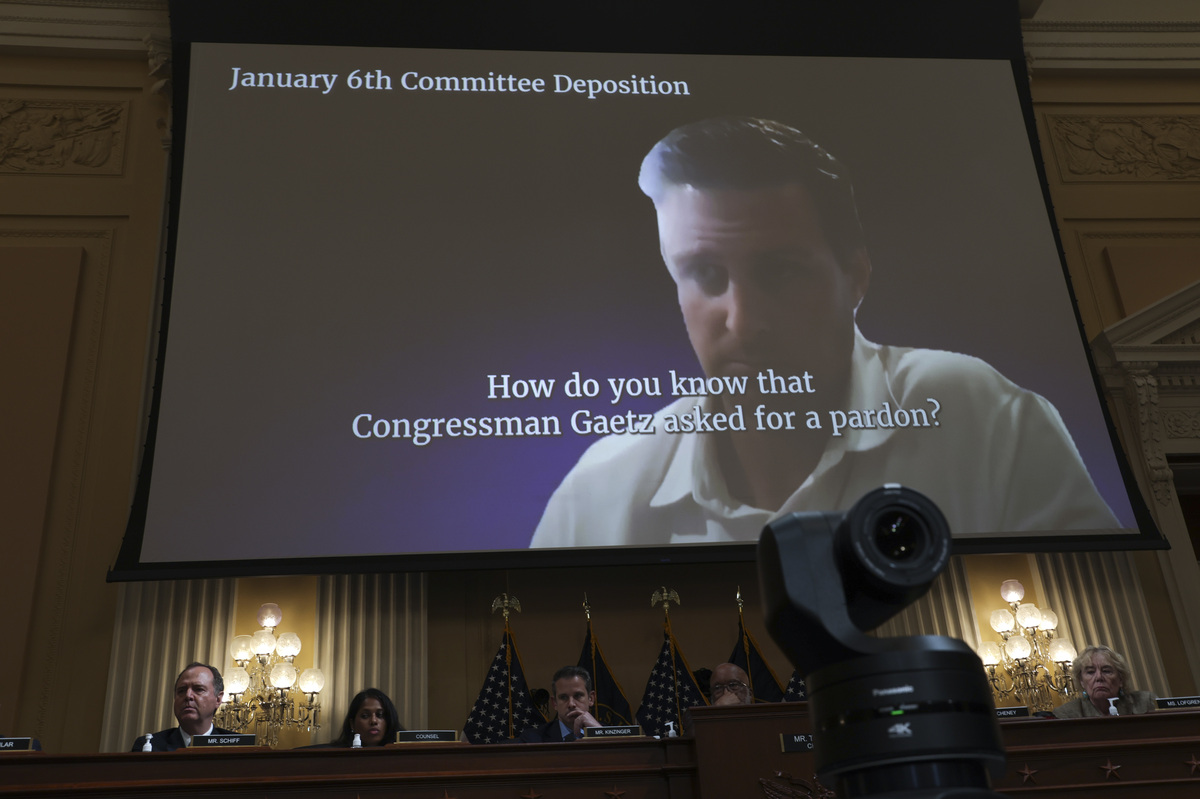 A video displays a discussion about presidential pardons on Thursday during the fifth hearing by the House Select Committee to Investigate the January 6th Attack on the U.S. Capitol.

Various Republican members of Congress requested pardons from President Donald Trump in the final days of his administration, according to recorded testimony from former Trump White House aides presented by the Jan. 6 committee.

Five days after the attack on the Capitol, Rep. Mo Brooks, R-Ala., sent an email with the subject line “Pardons” to the White House requesting a pardon for Rep. Matt Gaetz, R-Fla., himself, and “every congressman or senator who voted to reject the electoral college vote submissions of Arizona and Pennsylvania.”

In an interview recorded and shown during the hearing, Cassidy Hutchinson, a former aide to the White House chief of staff, said that Brooks and Gaetz advocated for blanket pardons for House members who were involved in a Dec. 21 meeting.

Specifically, Gaetz was asking for a pardon since “early December,” Hutchinson said, noting Reps. Andy Biggs, Louie Gohmert and Scott Perry sought pardons from the White House. No pardons were issued. She also testified she had heard that Rep. Marjorie Taylor Greene had requested one from the White House counsel’s office but did not communicate with Greene about that. Hutchinson also said that Ohio Rep. Jim Jordan inquired about the White House giving pardons to lawmakers but didn’t explicitly request one in her conversations.

“The only reason you ask for a pardon is if you think you’ve committed a crime,” Rep. Adam Kinzinger, R-Ill., one of two Republicans on the panel, said in his remarks at the close of Thursday’s hearing.

Eric Herschmann, the Trump White House lawyer, told the committee in a videotaped interview that Gaetz sought a pardon “from the beginning of time up until today, for any and all things.”

He said the “general tone” of the requests was: “We may get prosecuted because we were defensive of the President’s position on these things.”