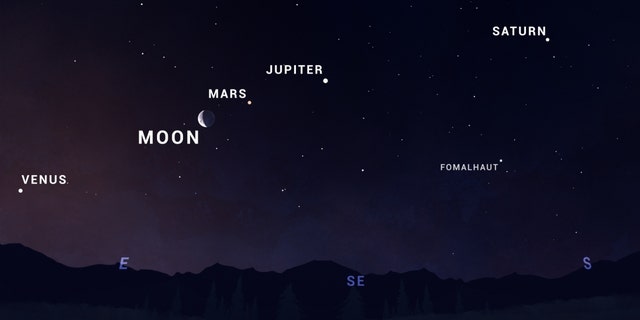 The best time to view a rare planetary alignment of five naked-eye planets could be Friday morning.

The procession of planets, including Mercury, Venus, Mars, Jupiter and Saturn, will be joined by the crescent moon.

Sky & Telescope magazine, a publication by the American Astronomical Society, says Mercury should rise an hour before the sun on Friday.

The planets have been lined up in their natural order from the sun this month.

The monthly magazine said in a release that the last time they were visible in alignment was in December 2004.

Diana Hannikainen, Sky & Telescope’s Observing editor, told NPR that the planets will line up again in 2040.

Planets continue to make a show in the morning before sunrise in June, with the Moon joining the lineup on the 23rd.
(Credit: NASA/JPL-Caltech)

However, skywatchers will only have a short viewing period before the rising sun washes it out. And, the gathering is beginning to break up, with Saturn, Mars, Jupiter and Venus appearing increasingly spread out over the next few months.

NASA says that Venus and Saturn will make their exits as morning objects for most stargazers by September. 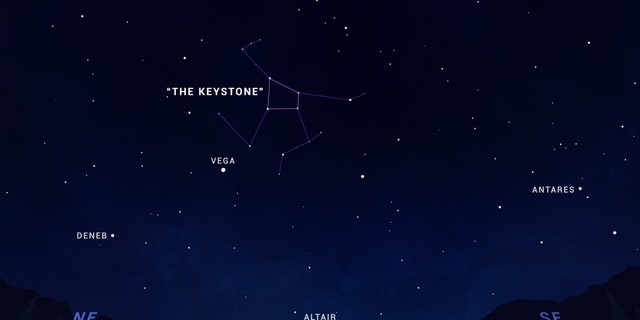 Find M13 in Hercules by first locating the stars that form the Keystone, about a third of the way between bright stars Vega and Arcturus.
(Credit: NASA/JPL-Caltech)

PSYCHE, THE ‘GOLDMINE ASTEROID,’ MAPPED IN GREATEST DETAIL YET

However, interested parties can also observe one of the best-known globular star clusters, the Hercules Cluster or M13, in June.

M13 contains several hundred thousand stars and is believed to be around 12 billion years old. 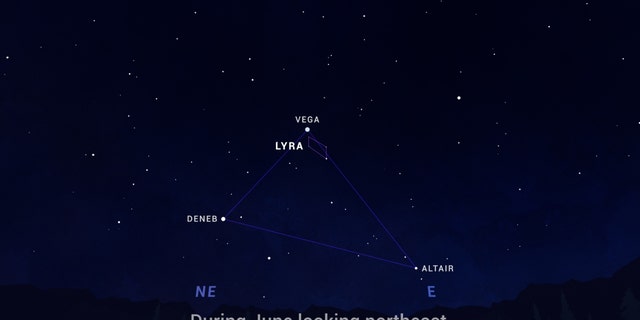 Lyra is easy to locate in the sky, thanks to the brightness of Vega, which is part of the Summer Triangle asterism.
(Credit: NASA/JPL-Caltech)

NASA also highlighted the constellation Lyra, which is home to one of the brightest stars.

Lyra can be found by looking for that star, Vega, which is the westernmost of the three bright stars in the Summer Triangle.

In the Northern Hemisphere, it can be located halfway up the eastern sky in the first couple of hours after dark in June.

Julia Musto is a reporter for Fox News Digital. You can find her on Twitter at @JuliaElenaMusto.