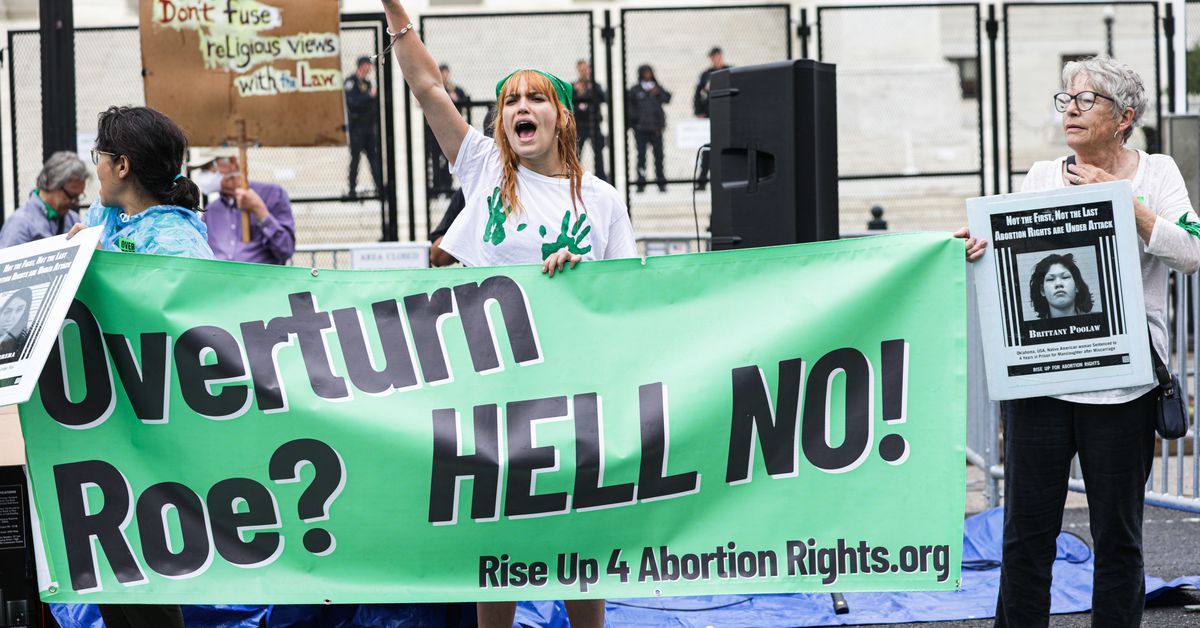 The US Supreme Court ruling widely expected to overturn Roe v. Wade, clearing the way for states to outlaw abortion, goes against majority opinion on ending a pregnancy. Americans overwhelmingly want legal access to abortion, at least in some situations.

But get more specific than that, and the picture is more nuanced. Feelings about specifics are much more varied, and generally include support for some restrictions on when and in what situations the procedure should be performed.

Americans’ support of abortion rights in some or all situations — meaning they would disagree with the overturning of Roe v. Wade — has been fairly consistent for a long time. Back in 1975, three-quarters of Americans said it should be legal in all (21 percent) or certain (54 percent) circumstances, according to a long-running survey by Gallup. In the ensuing half-century, that number has gone up 10 percentage points to 85 percent, meaning the support has only gotten stronger.

In that sense, abortion, like gun control, is an issue where American policy appears to be at odds with American majority opinions.

But when polled on specifics regarding the situation and timelines, support for abortion is not always as strong.

While Pew found that sizable majorities of Americans said abortion should be legal if a woman’s health is at stake (73 percent) or if the pregnancy was a result of rape or incest (69 percent), just over half (54 percent) said it should be legal if the baby was likely to be born with severe disabilities or health issues.

All along, about a fifth of those polled say that it depends.

All of this, however, might be beside the point, according to Tresa Undem, co-founder of public opinion research firm PerryUndem, which has extensively researched abortion viewpoints.

“You can’t take any single polling question at face value because you just dig a centimeter beneath the surface and you get data that’s conflicting,” Undem said. “If they’re not doing qualitative research, they’re not listening to people.”

Polling that asks people whether they’re for or against abortion or what their opinions are on particular gestational limits runs up against the fact that most people don’t spend a lot of time thinking through their opinions on abortion nor do they understand a lot about it, she said. A series of polls by YouGov found that Americans don’t know much about abortions in general, like when abortions are typically performed (in the first six weeks), who gets them (people with kids), and how prevalent they are (42 percent of unplanned pregnancies end in abortion). The number of abortions in the US jumped 8 percent from 2017 to 2020, after decades of decline.

Surface-level answers about abortion don’t always get at what people really think.

When PerryUndem asked the binary question of whether abortion should generally be legal or illegal in the second three months of pregnancy, a majority, 57 percent of voters, said it should be illegal. But when it asked more qualitative follow-ups about their viewpoints, a third of those who said it should be illegal also said they’d prefer their state lawmakers stay out of this issue. Additionally, when asked something more personal — what Americans want the experience to be like for a woman who has chosen to have an abortion — the vast majority said they want abortion to be safe (95 percent), legal (85 percent), and without protesters (83 percent).

Overall, Undem said, such broad-based polling makes people’s opinions on abortion seem more politicized and contentious than they are, though the issue does often fall on partisan lines.

“It’s hard to understand through polling, but basically, in all the work I’ve done — qualitative focus groups, in-depth interviews, surveys — the bottom line is that the public wants people making these decisions around abortion, not the government,” she said.

And high-level polling also can eclipse changes that might be going on below the surface.

In May, 55 percent of Americans identified as “pro-choice,” the highest level who’ve done so since 1995, according to Gallup. Part of that could have to do with the fact that Gen Z is substantively more likely to support abortion rights than older generations were at their age, according to Mary Ziegler, a law professor at UC Davis and author of the upcoming book Dollars for Life: The Anti-Abortion Movement and the Fall of the Republican Establishment. The changing identification also might reflect the changing realities people are living in, rather than changing viewpoints, she said.

“It’s likely that what states are doing now is too much for people,” Ziegler said. “People who might be totally fine with waiting periods and mandatory ultrasounds are looking at this and saying, ‘Sending people to jail if they have an abortion or if they perform an abortion at seven weeks gestation is not something I’m really interested in.’”

Perhaps unsurprisingly, people who identify as for or against abortion rights tend to have vastly different ideas about issues like adoption, murder, and bodily autonomy, according to polling by YouGov. Some 90 percent of those who say they are “pro-choice” believe forcing someone into an unwanted pregnancy infringes on their bodily autonomy; the same percentage of people who identify as “pro-life” believe abortion is the same as murdering a child.

Undem also sees abortion as moving from an issue of women’s rights to a broader issue of power and control, and who has a voice in this country.

“They think power is consolidated into a small handful of people of a particular view that represents the minority and this is just one thing. It’s a big thing, but they see it as part of this larger issue,” Undem said, that includes things like voting rights and democracy. “Everything’s changing, going backward, for the negative, and it’s almost like people are just feeling loss.”