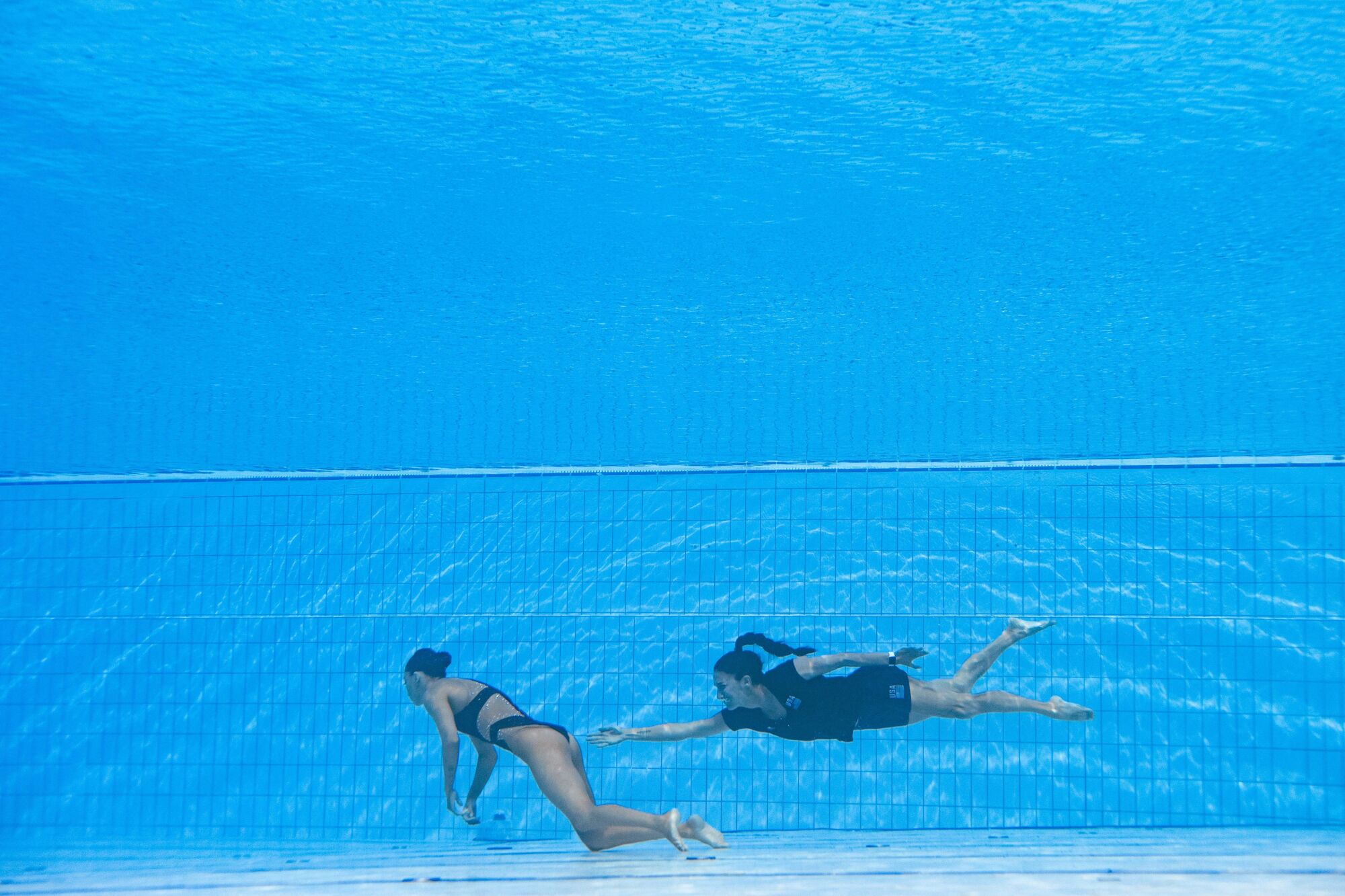 While U.S. artistic swimmer Anita Alvarez was performing her solo free routine Wednesday in competition at the World Aquatics Championships in Budapest, Hungary, her coach noticed something was wrong: Alvarez had sunk to the bottom of the pool.

Andrea Fuentes immediately dived in, pulling Alvarez to the surface, where the two were helped out by another person, according to published reports.

In dramatic images captured by Agence France-Presse, Fuentes can be seen underwater reaching for Alvarez, who was floating with her arms down near the bottom of the pool.

Images show Fuentes kicking toward the surface with Alvarez, clearly unconscious, in tow. Upon surfacing, they were helped by an unidentified man.

“Anita has been evaluated by medical staff and will continue to be monitored,” USA Artistic Swimming said in a statement posted Thursday to Instagram. “She is feeling much better and using today to rest.”