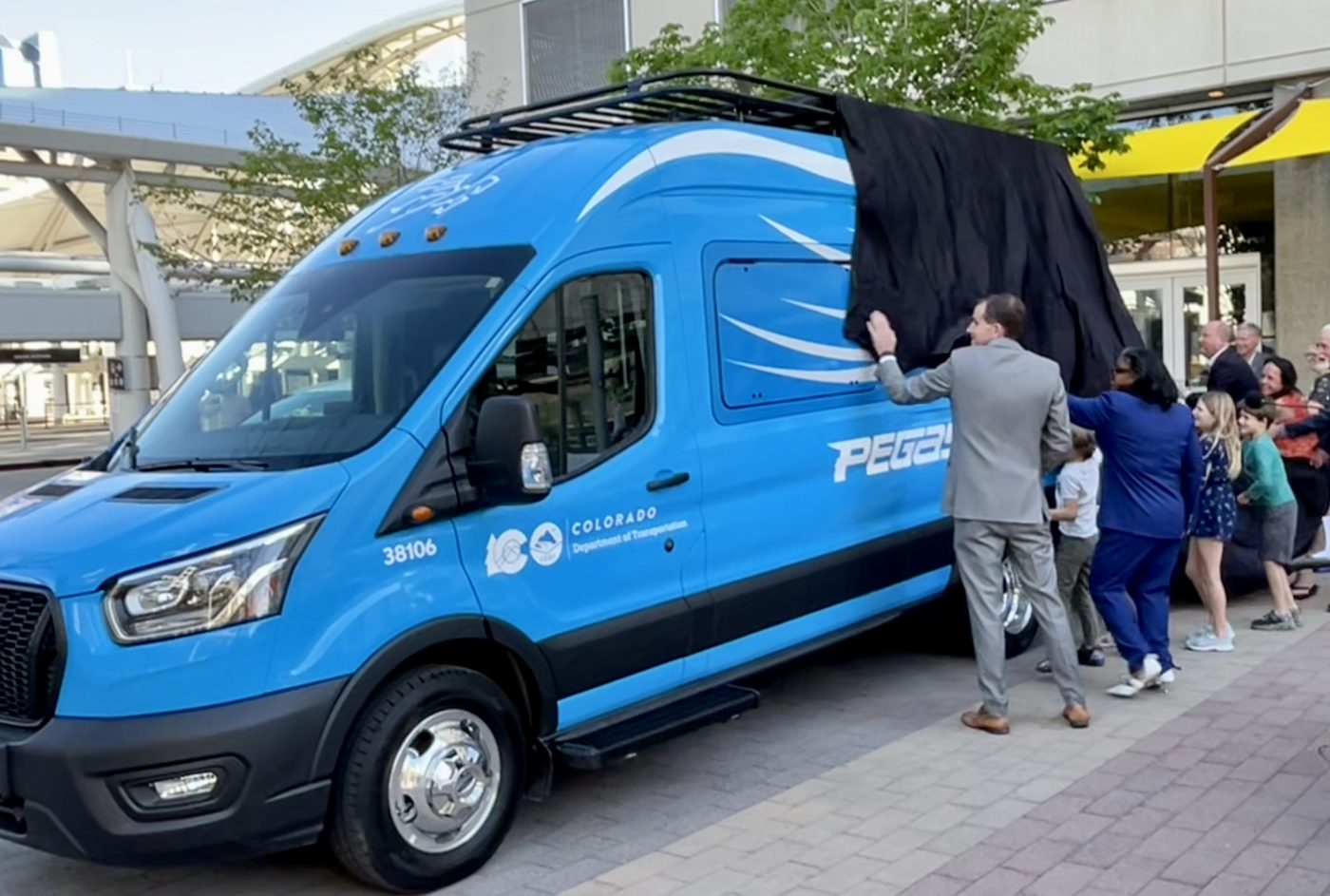 The discounts are available now on Pegasus, the Colorado Department of Transportation’s new weekend van-based mountain shuttle service between Denver’s Union Station and Avon. The half-priced tickets for Bustang and Bustang Outrider routes across the state will begin July 1.

Started in late May, Pegasus is aimed at attracting recreational users and day-trippers. The vans run on a near-hourly basis in each direction on Fridays through Sundays, with some Thursday westbound service and Monday eastbound service.

Fares from Denver to Frisco cost $13, and the cost is $20 for travel to Vail and Avon. The vans also stop at the Federal Center in Lakewood and in Idaho Springs. A 50% off promotion that was set to expire at the end of June will now run through Sept. 5.

“Since its launch, we’ve been encouraged with the increase in ridership each weekend,” CDOT Executive Director Shoshana Lew said in a news release. “With passenger numbers growing, we thought it best to give people the opportunity to evaluate the service for themselves throughout the summer and this is a good incentive.”

CDOT’s longer-haul Bustang and Bustang Outrider routes across the state are still recovering from pandemic dips in travel, with some routes seeing quicker returns to normal. CDOT has plans to rapidly increase service on its main-line routes out of Denver in the next few years.

One-way fares for the three routes out of Union Station typically cost $10 to reach Fort Collins, $12 to reach Colorado Springs and $43 to reach Grand Junction, with cheaper fares for closer destinations. The new promotion that starts in July will cut those in half.

Online reservations are required for Pegasus. Tickets and schedules for all of the transit services are available at www.ridebustang.com.