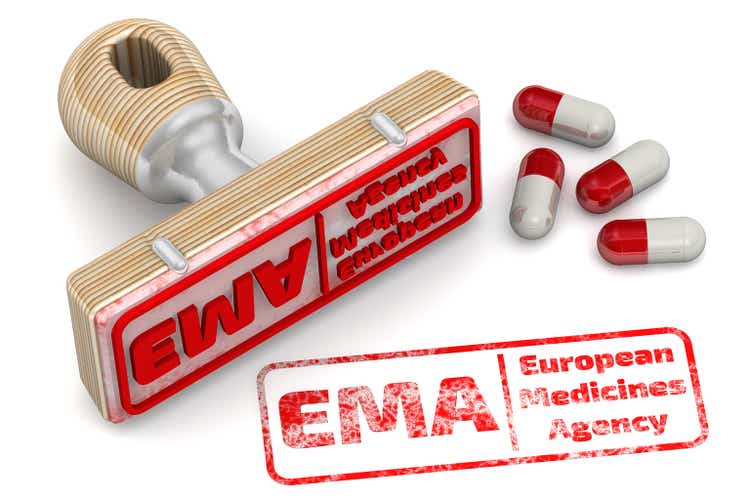 Pepaxti, was sold as Pepaxto in the U.S. and was pulled from the market by the Stockholm based-company last year in October after a phase 3 trial did not meet criteria of a confirmatory study according to the U.S. FDA. The FDA had granted accelerated approval to Pepaxto in February 2021.

The result also led Oncopeptides announce closing down of its commercial business units in the U.S. and Europe.

Oncopeptides said in a June 23 release that following the positive opinion issued by the EMA’s Committee for Medicinal Products for Human Use (CHMP) the European Commission (EC) will now make a decision within 60 days. The EC generally follows the recommending of the EMA.

The company added that decision was backed by data from a phase 2 trial called HORIZON, and results from a phase 3 study, dubbed OCEAN, which was used as confirmatory trial. No specific post-marketing commitments were issued.

The company plans to launch Pepaxti in Germany in Q4, 2022, following EC approval.

Oncopeptides added that it intends to submit a type 2 variation in Q4 2022 to enable access to earlier lines of treatment for patients with relapsed refractory multiple myeloma (RRMM).

Pepaxti is indicated, in combination with corticosteroid dexamethasone, to treat adult patients with multiple myeloma who have received at least three prior lines of therapies, whose disease is resistant to at least one proteasome inhibitor, one immunomodulatory agent, and one anti-CD38 monoclonal antibody, and who have shown disease progression on or after the last therapy.