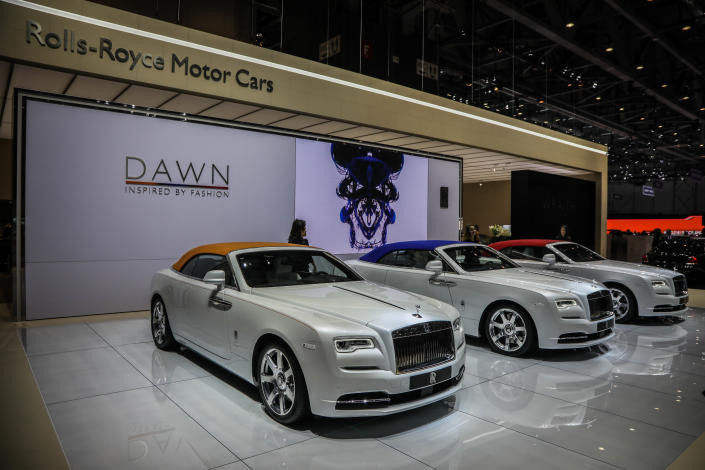 The NYPD is searching for multiple suspects involved in a string of burglaries on Staten Island, including the theft of a Rolls-Royce convertible in the middle of the night.

During the June 12 incident, the suspects threw a rock through the window of a home in Staten Island’s Lighthouse neighborhood and stole car keys before fleeing in the 2017 Rolls-Royce Dawn sedan.

The owner of the vehicle, identified only as John, told the Staten Island Advance that he was able to turn the tables on the burglars by using a remote kill switch to turn the luxury ride off, then used a built-in tracking device to locate it in Newark, New Jersey.

“I was downstairs within seconds while they were pulling out of the driveway,” John told the local newspaper. “They were attempting to turn it back on, but they couldn’t because I disabled it.”

A used 2017 Rolls-Royce Dawn has a typical listing price of around $282,000, according to automotive research company Kelley Blue Book.

The suspects were responsible for two other attempted burglaries nearby earlier that evening but failed both times, according to the NYPD.

Around 4:30 a.m., the same thieves allegedly tried to break into another home on Staten Island and remove two cars, but fled the home after a resident started yelling at them.

Car thefts in Staten Island are up 116.3% this year compared to the same time frame in 2021, according to NYPD data.