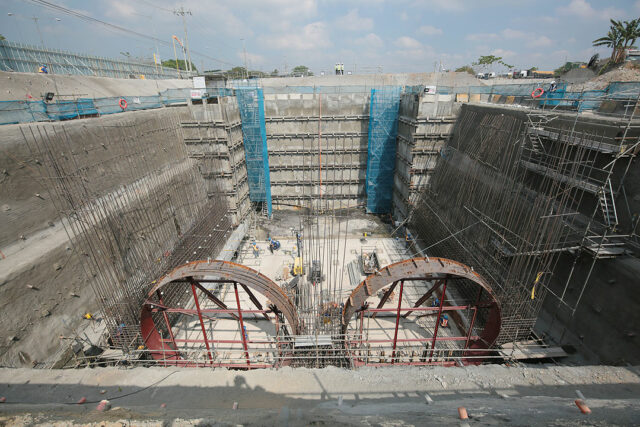 THE NATIONAL Government’s (NG) budget deficit narrowed in May as revenues grew by double digits and spending contracted during the height of the election period, the Bureau of the Treasury (BTr) reported on Thursday.

Month on month, the May fiscal balance swung to a deficit from April’s P4.9-billion surplus.

The BTr’s revenues dropped by 28.22% to P8.9 billion due to lower dividend remittances, while collections from other offices went up by 8.35% to P10.4 billion.

“Attribution may be through increased revenue with looser alert levels aiding the economic reopening, allowing the government to garner better tax uptake… There’s also the weaker peso’s factor channeling through import taxes,” he said via e-mail.

At the same time, government expenditures contracted by 1.1% year on year to P451.7 billion in May, as an election ban on public works projects was in place until May 8 or a day before the May 9 national elections.

Pantheon Macroeconomics Chief Emerging Asia Economist Miguel Chanco said the contraction in spending was expected as this is usually seen in election months.

“It should serve as a warning shot for the Q2 GDP report, which we think will be tarnished quite significantly by the natural pause in government spending during periods of political transition,” Mr. Chanco said.

Primary expenditures, or spending net of interest payments, slipped by 2.32% to P417.9 billion in May.

“Certainly, the punchy revenue numbers year to date are an encouraging sign of the economy’s recovery, though I’d be wary of overly praising any substantial rise in indirect taxes in the current inflationary environment,” said Mr. Chanco.

Inflation was 5.4% in May, the highest in three and a half years, exceeding the Bangko Sentral ng Pilipinas’ 2-4% target range.

The government expects the budget deficit to hit P1.65 trillion this year, slightly lower than the actual deficit of P1.67 trillion in 2021.

“Going forward, the incoming administration must continue to push increased revenue collections to bring the deficit within the program of P1.6 trillion for the year,” said Mr. Mapa. “Improved revenue collection will be crucial all the more given [President-elect Marcos’] directive to spend and invigorate the economy.”

As of the first quarter, the budget deficit as a ratio of the gross domestic product (GDP) stood at 6.4%.