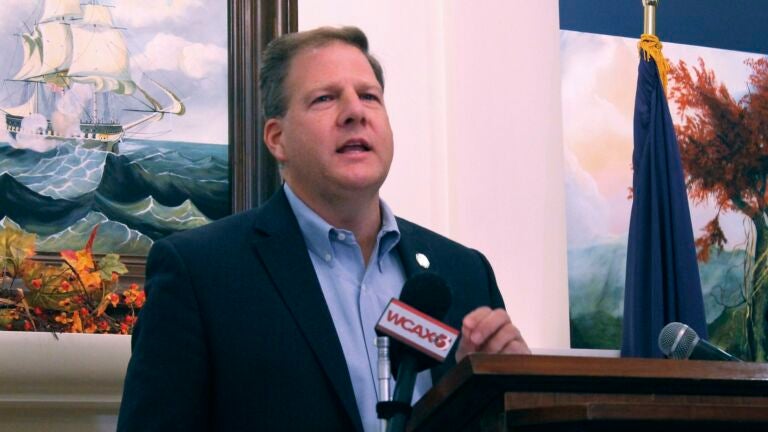 The Office of the Consumer Advocate has said utility bills are likely to rise by about 50% based on recent rate changes filed with the Public Utilities Commission. Utilities are passing along their higher supply costs, driven up in part because the global market for natural gas has been shaken by the war in Ukraine.

Sununu wants to use $60 million in state surplus money to provide nearly every ratepayer with a $100 credit, with another $7 million shoring up the state’s electric assistance program for low-income residents. Participants in the federal Low Income Home Energy Assistance Program meanwhile would get a boost via rolling over $32.5 million in unspent funds — $7.5 million this summer and the rest next winter.

“We want to move quickly, we want to stay ahead of the ball,” Sununu said at a news conference flanked by fellow Republican lawmakers. “I think this opportunity is absolutely phenomenal.”

The state’s all-Democratic congressional delegation quickly pointed out that New Hampshire has a state surplus in part because they delivered nearly $1 billion in federal COVID-19 relief funding and $94 million in LIHEAP funding in the past two years. They had written to Sununu last week suggesting that money be used for direct assistance.

“We are encouraged that the resources we’ve secured have helped the state have funds on hand to respond to rising energy costs and that the state is moving forward with direct relief,” the delegation said in a statement Wednesday. “The state needs to continue to explore additional ways to leverage remaining federal relief funds to support Granite Staters.”

State Sen. Tom Sherman, who is seeking the Democratic nomination for governor, criticized Sununu as being reactive instead of strategic and said he had repeatedly vetoed measures that would expand energy options and mitigate rising costs.

“If we understand the environment in which things are happening, we can anticipate an awful lot of this and be ready,” he said. “We weren’t ready for this.”

Sununu called that criticism “insanity” and said the vetoes saved the state hundreds of millions of dollars.

The proposals involving the state surplus require the approval of the Legislature, which won’t be in session until September when lawmakers return to take up vetoed bills.