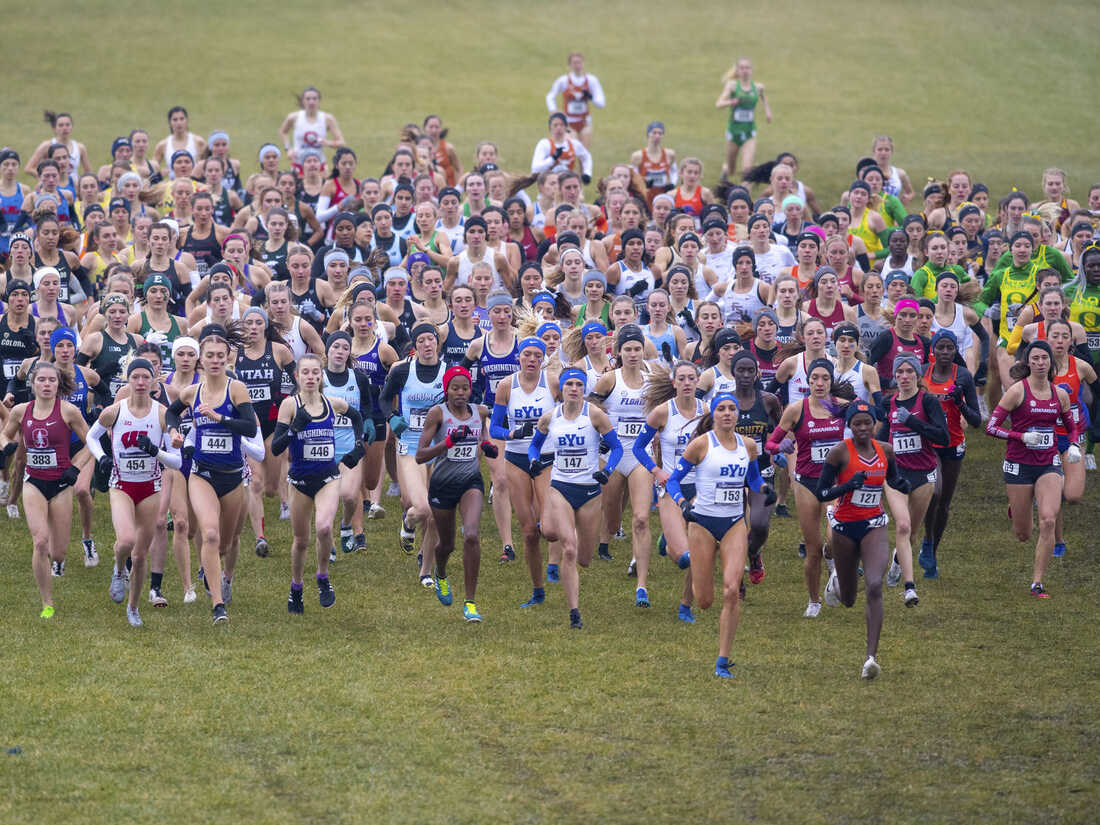 The number of women competing at the highest level of college athletics continues to rise along with an increasing funding gap between men’s and women’s sports programs, according to an NCAA report examining the 50th anniversary of Title IX.

The report, released Thursday and entitled “The State of Women in College Sports,” found 47.1% of participation opportunities were for women across Division I in 2020 compared to 26.4% in 1982.

Yet, amid that growth, men’s programs received more than double that of women’s programs in allocated resources in 2020 – and that gap was even more pronounced when looking at home of the most profitable revenue-generating sports: the Football Bowl Subdivision, the top tier within Division I that features the Alabamas, Ohio States and Southern Californias of the sports world.

“It tells you schools are investing a huge amount of money in the moneymakers,” NCAA managing director for the office of inclusion and lead report author Amy Wilson told The Associated Press, referring to football as the primary revenue-generating sport along with men’s basketball.

“It speaks to the business side of what college sports has become.”

The gender gap in funding approached nearly 3-to-1 ratios when examining expenditures for recruiting as well as compensation for head coaches and assistant coaches. And that gap isn’t new, even with increased expenditures for women across all three divisions.

The difference between median total expenses for men’s and women’s programs at FBS schools, in particular, has grown from $12.7 million in 2009 to $25.6 million in 2019.

Wilson said those discrepancies don’t automatically amount to a violation of Title IX, which ensures equity between men and women in education and prohibits discrimination on the basis of sex in any education program or activity receiving federal funds. But they raise concerns when evaluating whether schools are providing equitable opportunities for, and treatment of, male and female athletes, and how they’re spending to achieve those goals.

“Yes, the numbers are stark. It’s not a little difference, it’s a big difference,” she said. “This milestone Title IX anniversary is an opportune time for recommitment to funding equitable participation opportunities, experiences, and financial aid for student-athletes in men’s and women’s athletics programs.”

South Carolina head coach Dawn Staley celebrates with her team after a college basketball game in the final round of the Women’s Final Four NCAA tournament against UConn, April 3, 2022, in Minneapolis.

South Carolina head coach Dawn Staley celebrates with her team after a college basketball game in the final round of the Women’s Final Four NCAA tournament against UConn, April 3, 2022, in Minneapolis.

Title IX compliance can be measured in multiple ways, including whether the overall program’s gender breakdown is proportionate to that of the general student body. And yet, the study found Division I athletics couldn’t match that standard when examining data from 2020; women accounted for 54% of the undergraduate student body in Division I compared to that aforementioned 47.1% rate.

“I think it’s enough of a gap that we need to ask ourselves: … are there opportunities that could be created and more teams that could be formed?” Wilson said.

Thursday’s Title IX anniversary comes at a time when the governing body for college sports recently updated its transgender policy, as well as facing criticism for failing to ensure equity for last year’s men’s and women’s basketball tournaments following a scathing outside review.

Other takeaways from the report:

Lack of women in leadership

The percentage of women’s teams led by female coaches declined from better than 90% in 1972 to 41% in 2020 among all three divisions. There were fewer women’s teams at that time and the study attributes the decline to more men coaching women’s teams, enough to outnumber women’s coaches by the late 1980s, with no corresponding increase of women coaching men’s programs.

These low women-coaching-women numbers don’t surprise Richard Lapchick, director of The Institute for Diversity and Ethics in Sport at Central Florida. TIDES annually compiles report cards examining diversity hiring for college sports and professional leagues, with its most recent report on FBS schools released in January.

“Without movement,” Lapchick told the AP. “It’s as baffling as any statistic we report on. Usually there’s some marginal improvement on some issues. And this one is barely budging.”

As for athletic directors, women have accounted for roughly 20% or less of ADs dating to 1980 after dropping “drastically” and 23.9% in 2020, according to the study.

The outlier among women in leadership roles has been conference commissioners, with women outpacing men in acquiring those positions in the past five years and accounting for 31% of those roles for 2019-20, according to the study.

The report also noted a lack of women of color in those leadership roles.

The report found that roughly 16% of women working as head coaches of women’s teams and 16% of female athletics directors across all divisions were minorities in 2019-20. Those percentages have increased “slightly” from five years ago.

Going back to high-school athletics, the report found that girls participation numbers have yet to reach that of boys in the 1971-72 school year leading to the law’s implementation.

At the time, participation opportunities for boys measured at nearly 3.7 million, more than 264,000 higher than girls had as recently as 2019.

“I think it’s a reminder that for those who say, ‘Girls and women can play any sport they want, it’s 50 years after Title IX,’ the college data and the high school data shows there’s still pretty big participation gaps,” Wilson said. “And I don’t think it’s that they don’t want to play. I think we’ve got to think more about: what are the barriers to that access?”