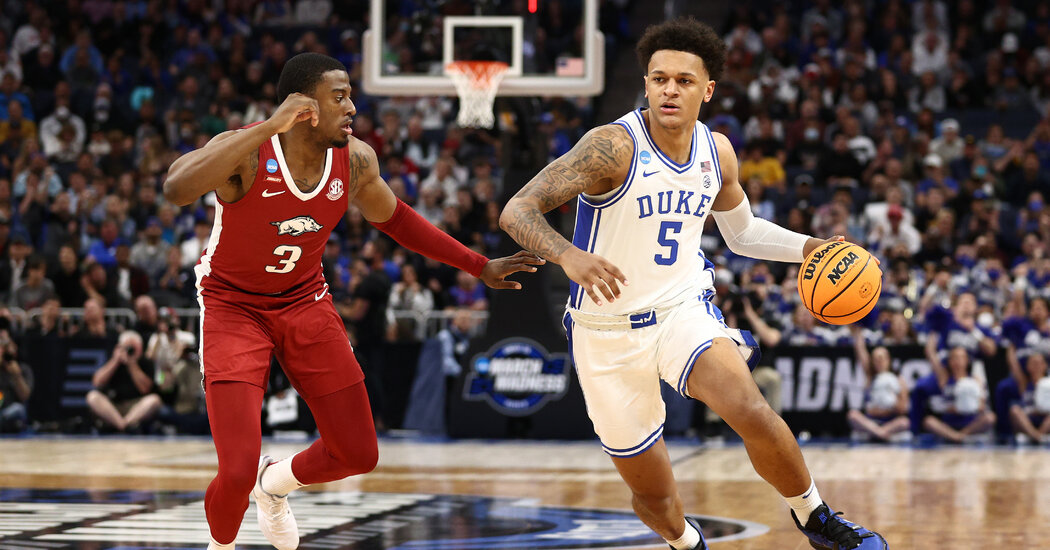 The Orlando Magic selected Paolo Banchero, a forward from Duke University, with the No. 1 overall pick in the N.B.A. draft.

Banchero is a 6-foot-10, 250-pound power forward, whose mother, Rhonda Smith-Banchero, played in the W.N.B.A. He was a guard earlier in his basketball career and also played football and basketball at O’Dea High School in Seattle.

In his one season at Duke, Banchero averaged 17.2 points, 7.8 rebounds and 3.2 assists per game and was named the Atlantic Coast Conference’s rookie of the year.

Three prospects were thought to have separated themselves at the top of this year’s draft: Banchero, Chet Holmgren of Gonzaga and Jabari Smith Jr. of Auburn.

This year marked the fourth time in the franchise’s history that it made the first overall pick. The Magic drafted Shaquille O’Neal with the first pick in 1992; Chris Webber, whom they immediately traded for Penny Hardaway, in 1993; and Dwight Howard in 2004.

Before Banchero, the last Duke player selected No. 1 overall in the N.B.A. draft was Zion Williamson in 2019. Banchero follows two guards — Anthony Edwards (2020) and Cade Cunningham (2021) — in earning the distinction of being the top pick.